The Natrix by Jars Knives

The Natrix by Jars Knives

The Natrix is a collaboration between knife maker Matthias Bush and knife manufacturer Sergeij Jarygin. The result is a versatile all-round knife. 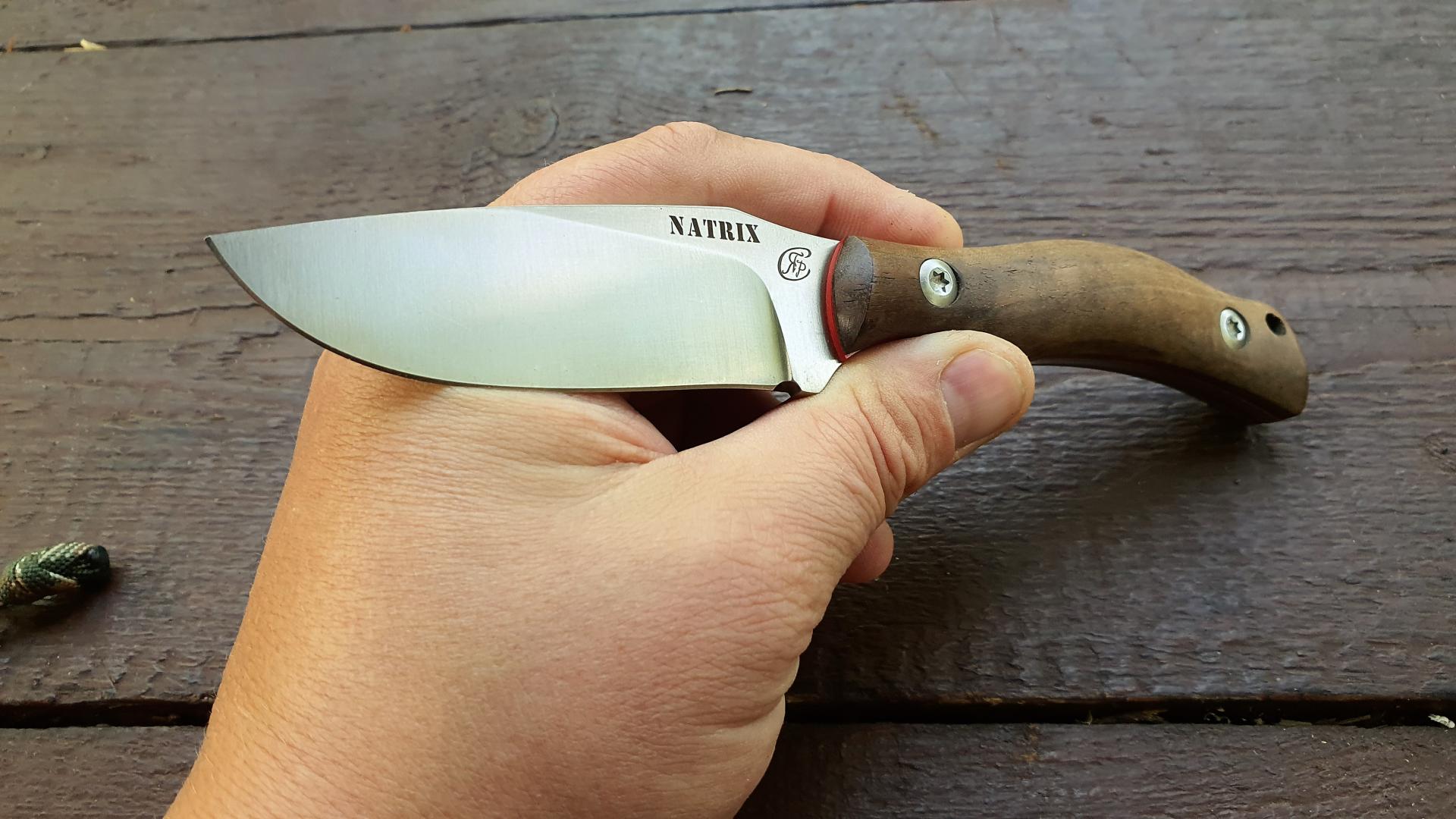 When knife maker Matthias Busch met the German-born knife manufacturer Sergeij Jarygin, it quickly became clear to both of them that they wanted to mass-produce a knife together.
Busch is a passionate German hunter, outdoor enthusiast and has been running a well-attended German-speaking YouTube channel under the name "jackknife" for years
Several times a year, Matthias Busch travels to Sweden with his wife and son, where they are largely self-sufficient. He is passing his experience in knife making and fishing to his son, who started making knives when he was 8 years old and thus the next generation of knife makers is growing.
Sergeij Jarygin (Jars Messer) has been infected with the knife virus for decades and has turned his passion into his profession and has excellent contacts with knife makers from all over the world.
About the knife: the natrix got its name from the water snakes and swimming snakes, which are represented by several species. The most famous in Western Europe is the grass snake (Natrix natrix). She is agile and slim. The natrix knife is just as slim.

The version available to us had a D2 steel blade, which was brought to a hardness of 61 NRC and was given a matt finish. The full tang construction has a walnut handle shell, provided with red liners between the tang and the handle. Handle and tang are connected with torx screws and can be disassembled for cleaning. We had a Kydex sheath available, which can be attached to the belt with a Tek lock or worn on the neck with an enclosed lanyard. Another concealed way of carrying is possible behind the waistband like a paddle holster.
The Natrix is ​​also available with a stonewashed finish, Ebony or Micarta handles. A handmade leather sheath is optionally available instead of the Kydex.
In our tests, the knife with a flat grind, a blade thickness of 3.5millimetres and a 0.5mm bevel performed flawless and withstood the toughest tests, such as batoning and prying, without breaking or rolling. The 90 degree back of the blade is suitable for striking sparks with a fire steel. The blade length is 85mm and the blade height is 27mm. 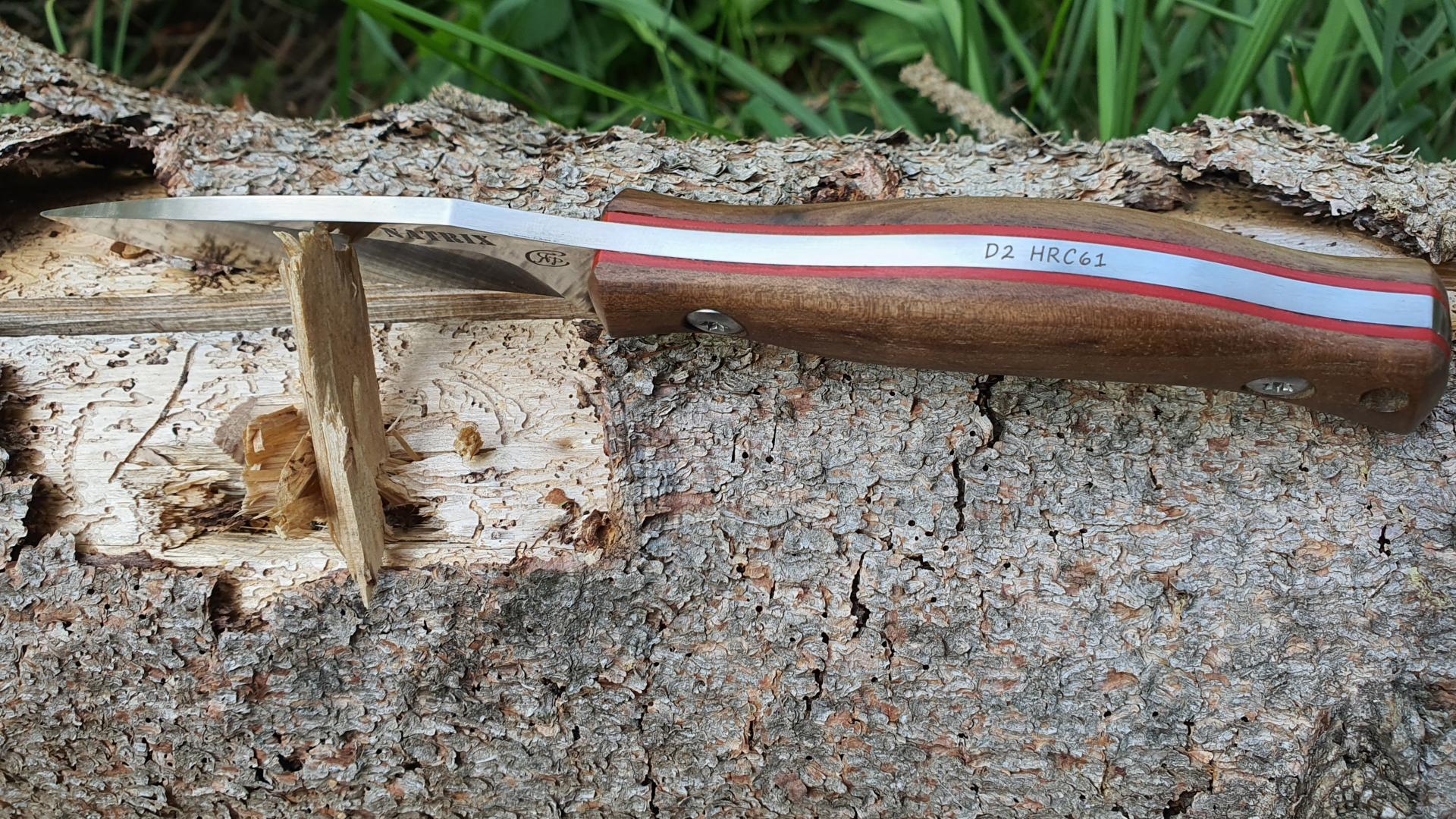 The ergonomically shaped handle enables fatigue-free work, even if it does not appear to do so at first sight. The handle looks quite thin, but fits easily with a hand that has a glove size of 10.5. The handle has a length of 105 millimetres. The knife has a total length of 202 millimetres. This is sufficient for almost all outdoor work. Thus the knife, which was designed as a hunting knife for hides etc., appears to be an all-rounder. The only downside is the lack of jimping. The Natrix has a weight of 115 grams.
Jars Messer supplies a quality certificate with every knife, which also includes maintenance instructions and detailed information on the guarantee. 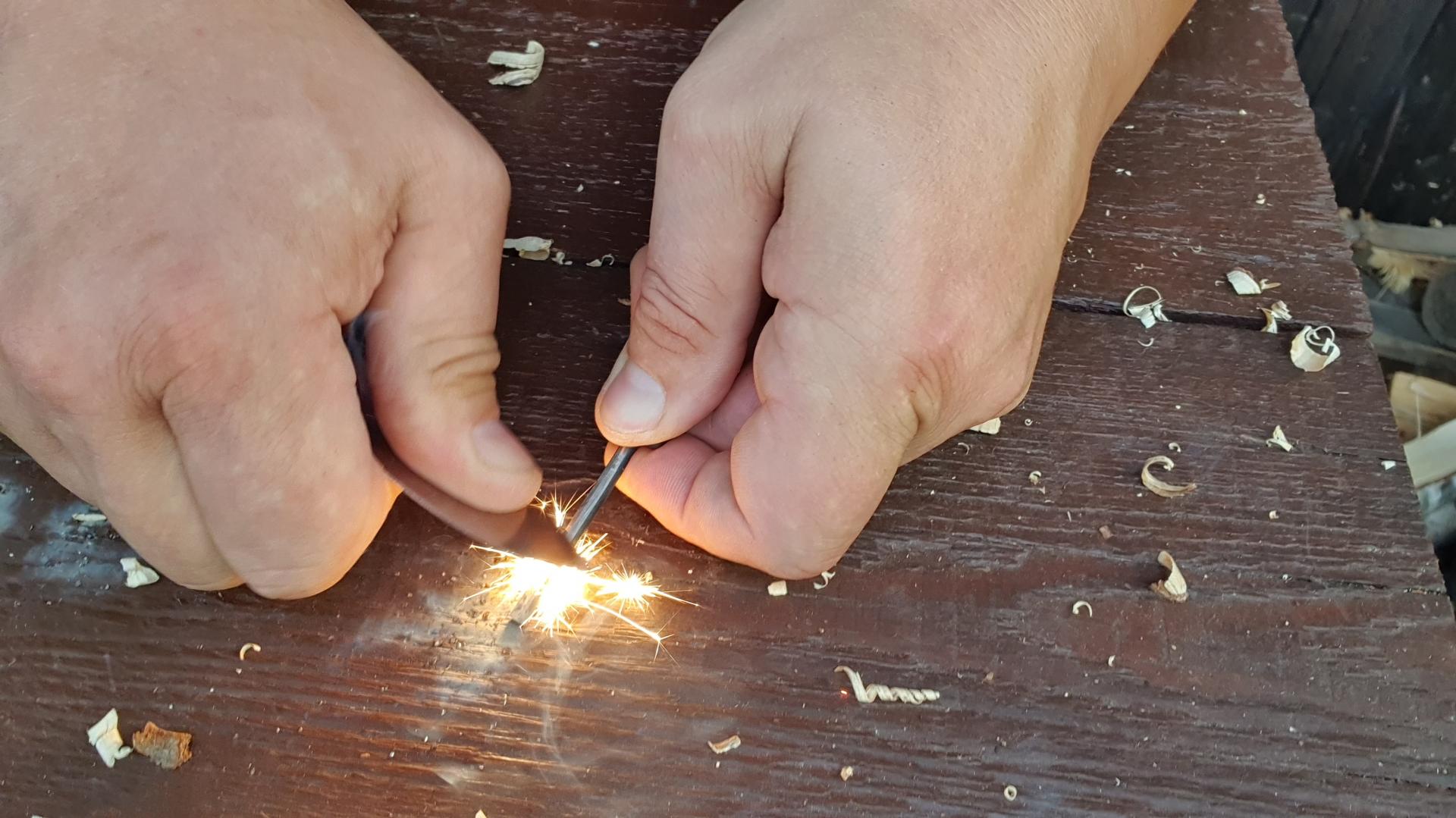