The knives of Wilhelmus Sonneville

The knives of Wilhelmus Sonneville

The purchase of a knife on the web resulted in the search for a virtually unknown Dutch knife maker, who lived and worked in the United States in the previous century: Wilhelmus “Bill” Johannes Sonneville.
Text: Jasper Renz; photos from referenced books and by Bas Martens
Last March, I came across a knife on the most-used website for second hand items in the Netherlands, which was described as of the brand “Sonneville”. I had never heard of this brand, but the knife possessed a certain quality that wouldn’t let go of me. A quick Google search taught me that this was not a factory knife, but that it was in fact a handmade knife. A knife made by one single man: Bill Sonneville, from Mobile, Alabama in the United States. However, Bill Sonneville wasn’t an American by birth, he was Dutch, like me! I immediately bought the knife and started to dig deeper for more information about the maker and his work.

The reason for this article: a knife signed “Sonneville”, purchased online.
Wilhelmus Johannes Sonneville was born on 17 January 1919 in The Hague in The Netherlands. He attended the maritime college in Scheveningen (the harbor-town next to The Hague) and at age 20, he joins the Dutch merchant navy where he serves for 7 years. On 13 August 1942 the vessel on which he served as third mate, the SS Medea owned by the Dutch shipping company the KNSM, was hit by a torpedo shot by the German U-Boat U-658 in the Caribbean Sea. The SS Medea sinks and when Sonneville tries to cut loose a lifeboat with some crewmates, the factory knife his employer issued them fails miserably. Five men perish in the attack, but Sonneville survives the ordeal and is brought safely ashore by the US Navy,
During his time with the merchant navy he marries an American lady called Betty, who he met in New York. Urged by her, he settles in the USA for good in 1946, in Mobile, Alabama. Here he works at a paper mill, part of the industry that was very important around Mobile and the Alabama coast in those days. They have children together, but the marriage ends. I spoke to one of his former daughters-in-law, who informs me about a few personal details in this article.
In 1957 he re-marries, with Billie Thompson. Sadly, Bill dies at an early age on 13 September 1987. His wife Billie dies much later in 2016. She always lived in their house in Mobile. After her passing, a bad friend of the family cleans out the workshop and everything and anything that remained for archive material is lost. 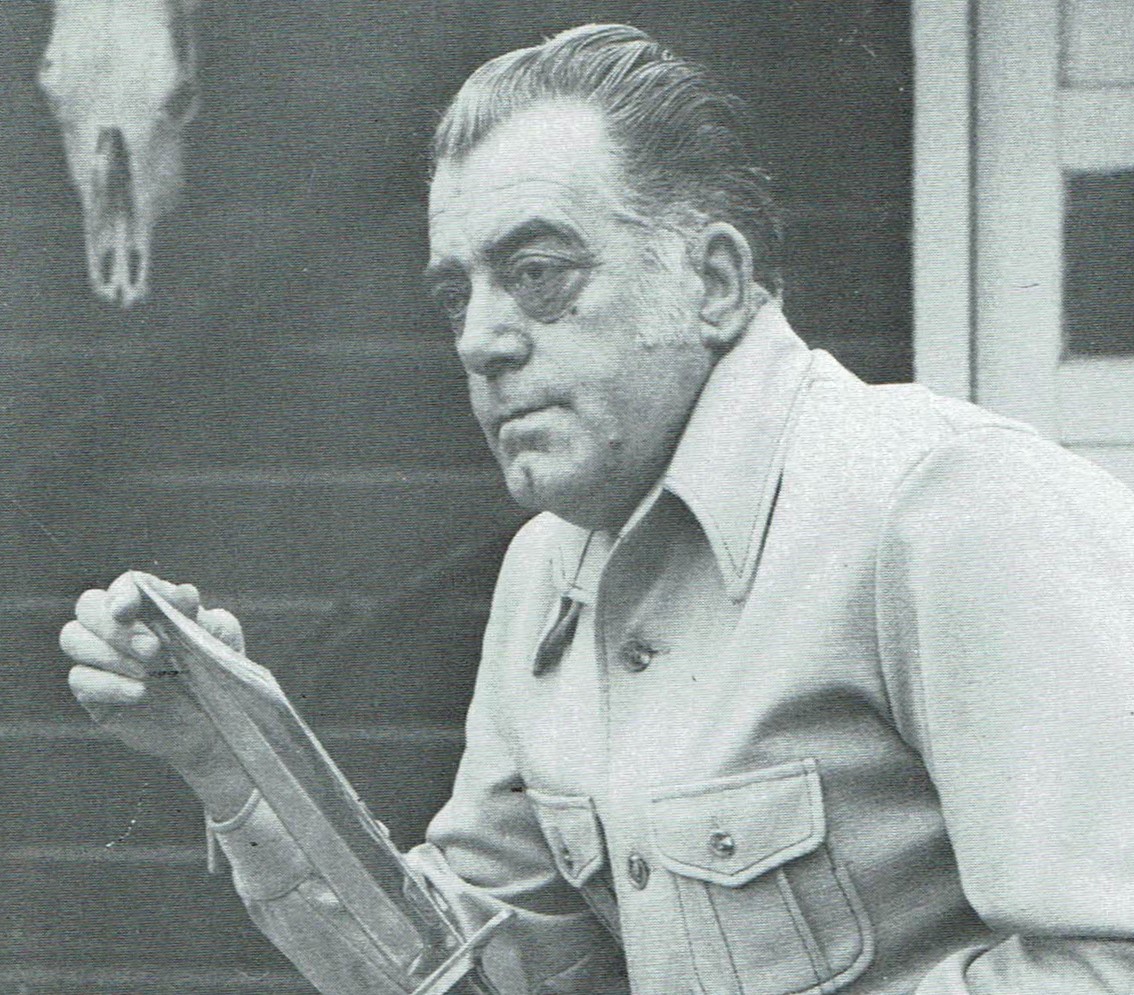 Sonneville Knives
After the experience with the lifeboat and reading of several articles about Bo Randall, Sonneville decides to make knives himself. He makes his first knife in 1955. In 1965 he becomes a full-time craftsman and Sonneville Knives is born. As usual in those days, he had a brochure for potential customers. This was initially $0.35 and later 50 cents. The brochure depicts 22 models, but it is known that Sonneville made at least 26 different models, varying from small users (we would call these EDC today), hunting knives and filet knives to fighters, toothpicks and large ornamental Bowies. He also did custom work. When he would make a knife with a scimitar shaped tip, he would save metal by forging the shape, but usually he used the stock removal method. Sonneville had a preference for stainless steel (Carpenter 440C), as he was not impressed by the way the owners usually care for their knives. For the handles he preferred Micarta, because according to him, this material provides a good grip and does not change with age. He often used rings on the material, combined with an aluminium endcap, but he also used wood and antler. Some of his models had a ring-shaped guard which enclosed the index finger. His choils were often typically shaped, slanted towards the blade. He usually put his signature on the left ricasso “Sonneville” over “Mobile, Ala.”. He made at least 3 types of sheaths: western, pouch and “lossproof”. Most of the pictures of his sheaths show a folded leather sheath, held together by a rawhide throng, others combined with rivets. He would add wooden inserts, insert the knife and then throw the whole combination in a bucket of water. When dry, the sheath would fit perfectly. He used the same signature as he used for his blades for his sheaths. In 1973 he made about 20 knives a month, which would mean that in his career of 20 odd years he must have made a few thousand knives.

The Sonneville knife. It is most likely made for a wedding, to cut the wedding cake.
In the book ‘Knife Talk II, the art of the custom blade’ by Ed Fowler from 2003, Sonneville is mentioned as one of the participants of the meeting organized by A. G. Russel during the Sahara Gun Show in Las Vegas in 1970, where the idea of starting the Knife Makers Guild was conceived. However, Sonneville was not one of the 11 people that founded this organization, but he joins the ranks in 1971 and he presents at their shows as well. His portrait and examples of his work are depicted in the first edition of the directory of the Guild from 1974. Also in the second edition from 1977, he has two pages with pictures and all. (With special thanks to Albert van den Heuvel from Hill Knives from Rotterdam, the Netherlands, who has this book in his archive). The 1984 issue no longer lists Sonneville as a member, but it does mention another Dutch maker as a new member: Frans van Eldik. According to the son of mister Van Eldik, the two gentlemen did not know each other.
Wilhelmus Johannes Sonneville was there when the custom-knife scene took off in the USA. He was not regarded as one of the top makers in the seventies, but given his production, the prices he was able to command and the fact that several of the books and magazines of the day used pictures of his work, he must have been an established maker in the USA. In the Netherlands however, his homeland, he is virtually unknown and he deserves better. Truth be told, he was the first Dutch custom knife maker of the 20th century.
Wedding Cake
So what about the knife I bought? Well, it is number 9 in his brochure. The blade is 24 cm (9.5 inches) long and almost 5 mm (one fifth of an inch) wide. The handle is antler (whitetail) with Micarta disks and an aluminium bolster/guard. It is glued, without a pin. The sheath is in his signature style and cannot be worn on a belt but stands on three metal pins. It is clearly meant as a presentation-piece. The left ricasso bears his usual signature and the right side has an engraving: “Nettie & Frans 1978”. All in all, this indicates that the knife is most likely made for a wedding, to cut the cake.

On the left side is his signature: SONNEVILLE / MOBILE, ALA. On the right side it reads: NETTIE & FRANS
with the year 1978. It is not (yet) known who Nettie and Frans are.
I would highly appreciate it if people would share any additional information about Bill Sonneville, the knives he made or about Frans and Nettie. This is possible by sending a message to: renzrijn@ziggo.nl