The knives of Laforet

The knives of Laforet

French professional knife maker Jean-Claude Laforet lives and works in Arconsat, a small village near Thiers, France. After many years in the knife making industry, he established himself as an independent custom maker in 2005.

Jean-Claude Laforet worked for many years as ‘monteur domicile’ with the Thiers-Issard company, before establishing himself as an independent knife maker in Arconsat, in his grandfather’s house, in 2005. Looking for a way to get known, Jean-Claude designed a knife model which he baptised the Arconsat, and he patented both the name and the design. It worked, and the Arconsat is still one of his most important models.
At present, Laforet has two lines of knives: the ‘gamma industriel’, which consist of prefabricated parts by the Thiers company Générale de Découpage, which he finishes, and his ‘Couteaux d’Art’, which are completely hand-made. Here, we present some of the latter. For ore information see www.laforet-couteliers.com. 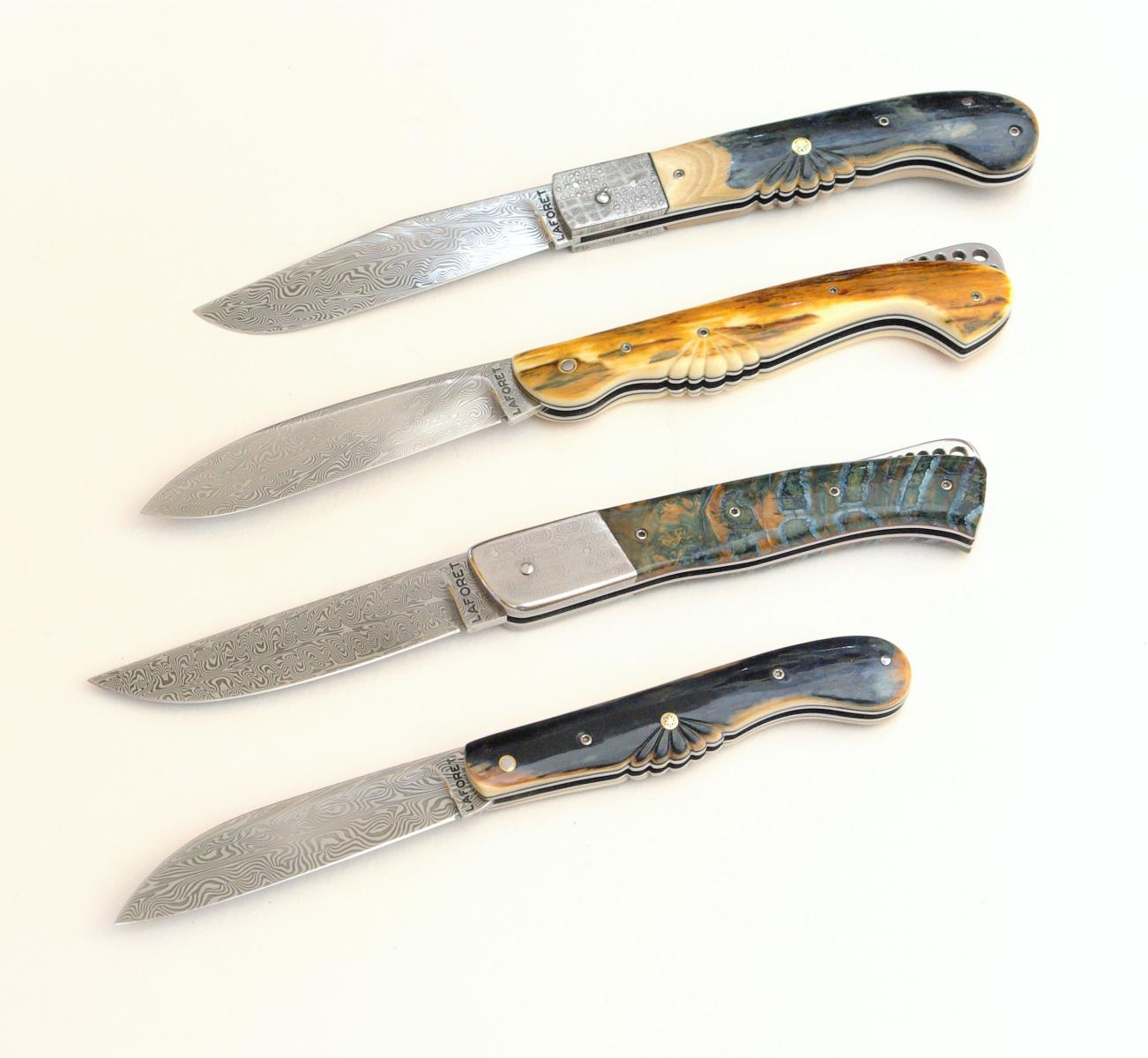 From top to bottom:
- The Yatagan Pradel. The blade measures 13 cm. The bolsters are made of Damascus from Philippe Ricard,
the blade is from one of Jean-Claude’s favourites: Zladinox Turkish Damascus. The scales are mammoth ivory
from Ingo Jägel.
- Modèle l’Arconsat. Arconsat in Auvergne is where Jean-Claude lives. When he established himself as an independent knife maker, he patented l’Arconsat as a brand name, and designed a knife which would fit the
village. This version has full scales from Ingo Jägel mammoth ivory, and a blade of Zladinox Turkish Damascus.
One of Laforet’s characteristics is the shell shape, halfway the belly of the handle.
- l’Interpretation du “Thiers”. Jean-Claude calls this an interpretation, because his knife differs slightly from
the official model of the Thiers knife. The blade, again, is his favourite Zladinox Turkish Damascus. The bolsters
are Damasteel ‘Munin’ from Eurotechni and the handle scales are mammoth tooth from Mercorne.
- The ‘Aurillac’ is a model that Jean-Claude first made in 2008, and is still popular. The handle is mammoth with Laforet’s shell shape, the blade is Zladinox Turkish Damascus. 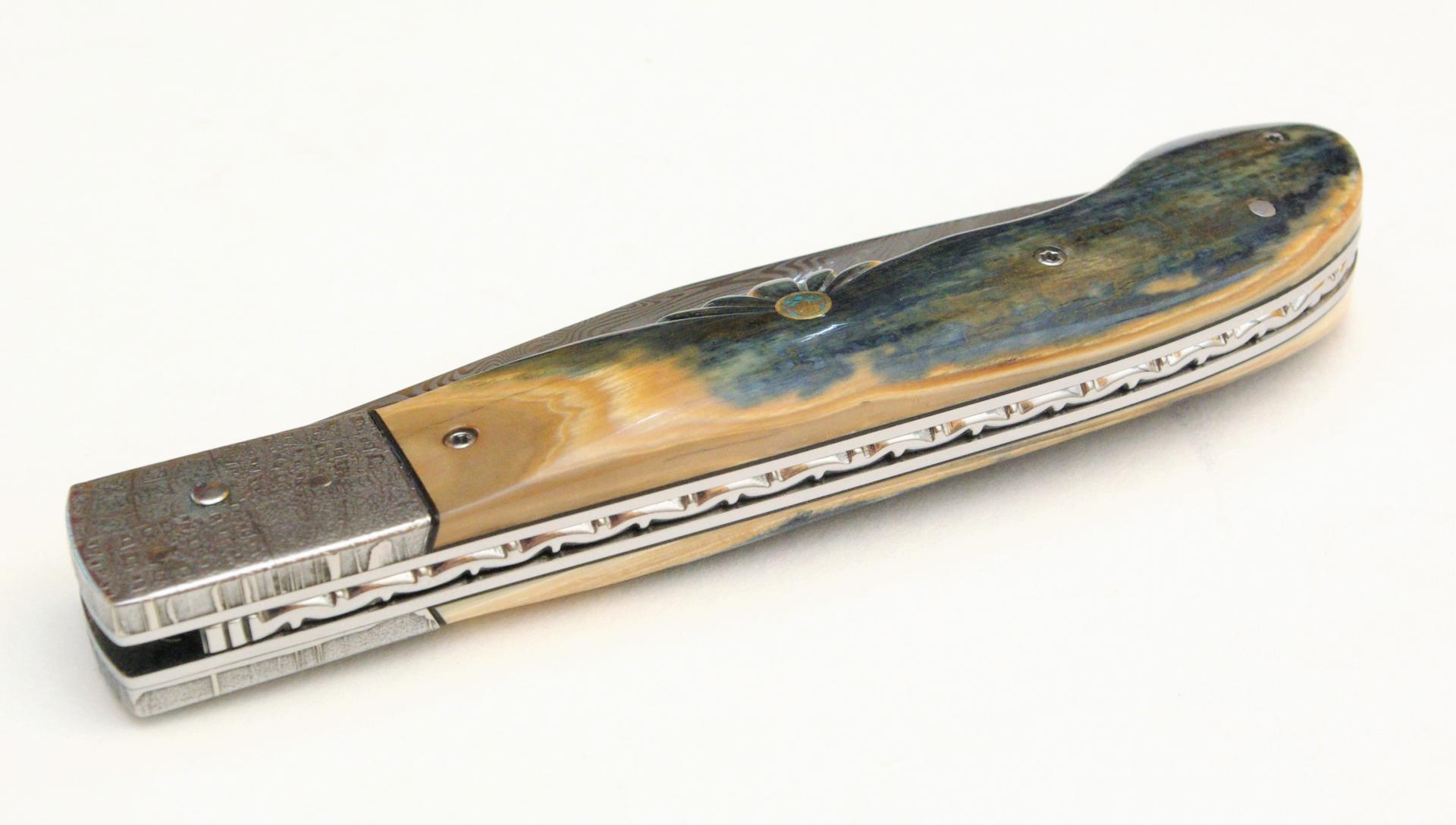 The yatagan Pradel closed, showing the beautiful fit and finish. 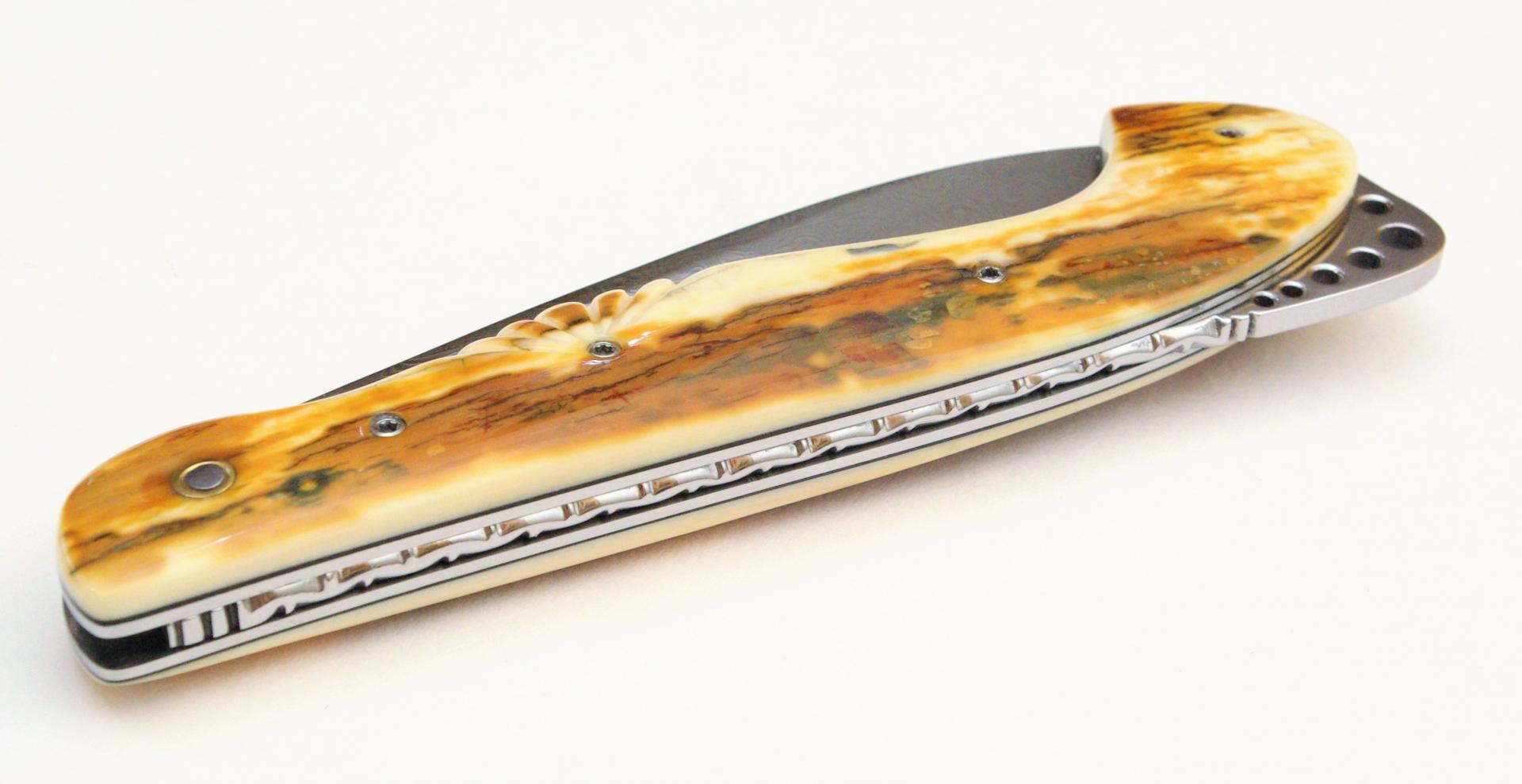 The Modèle Arconsat has a very characteristic handle shape. This version has full scales from Ingo Jägel
mammoth ivory. 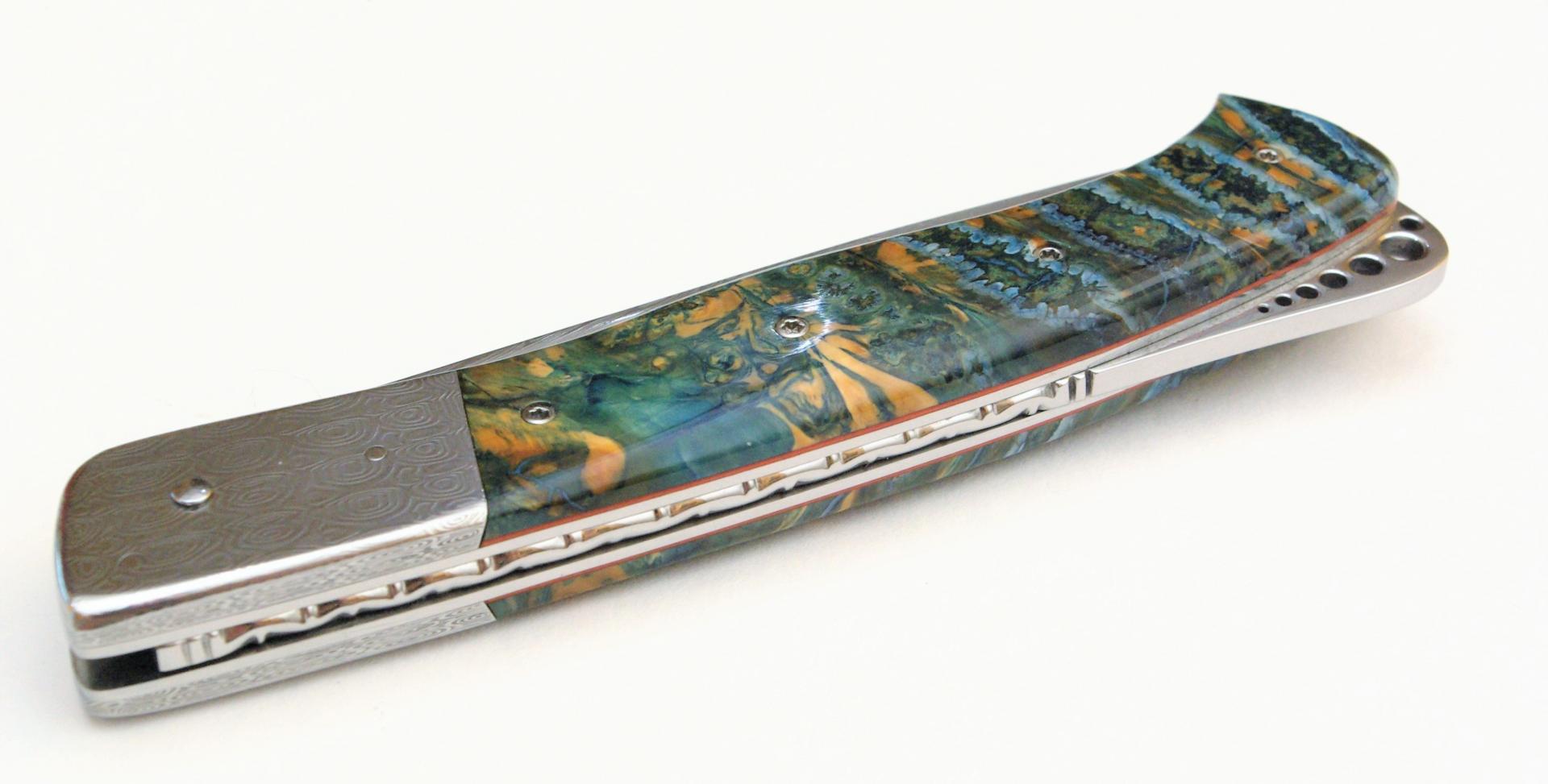 Jean-Claude’s interpretation of the “Thiers” closed.