The knives from Editions G

The knives from Editions G

A new French company has come up with an inspired idea: Custom Knife Editions. It concerns designs by well-known custom makers, each factory-produced at 300 limited edition pieces.

Text and pictures: Bas Martens
Knives can be crafted in many different ways. However, overarchingly they can be made either by hand or be produced by a factory, with countless variations in-between. For an organisation, there are several possibilities as well. There are some knife companies without a production facility; who just order what they want and have their name put on it. Editions G does it differently. 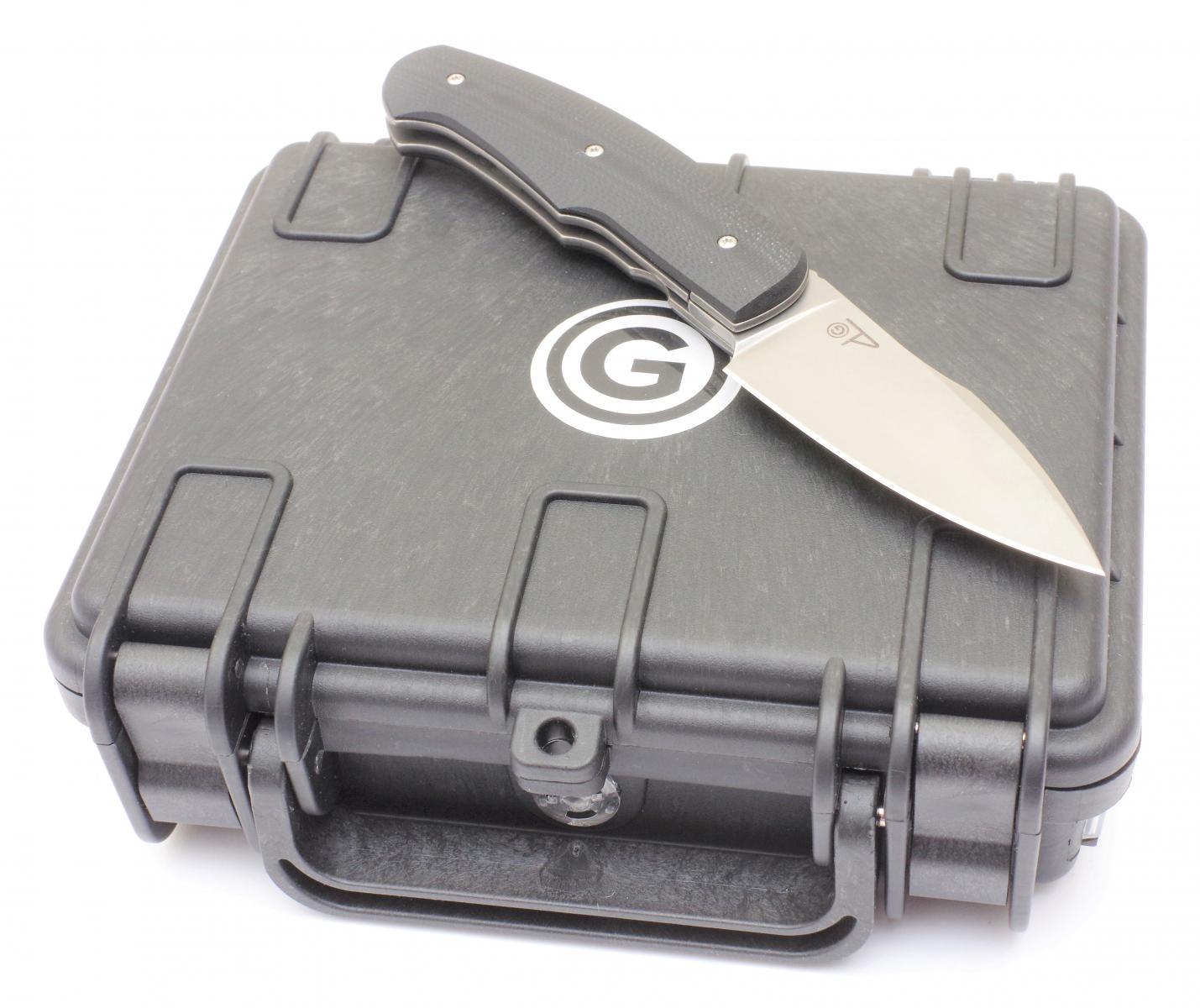 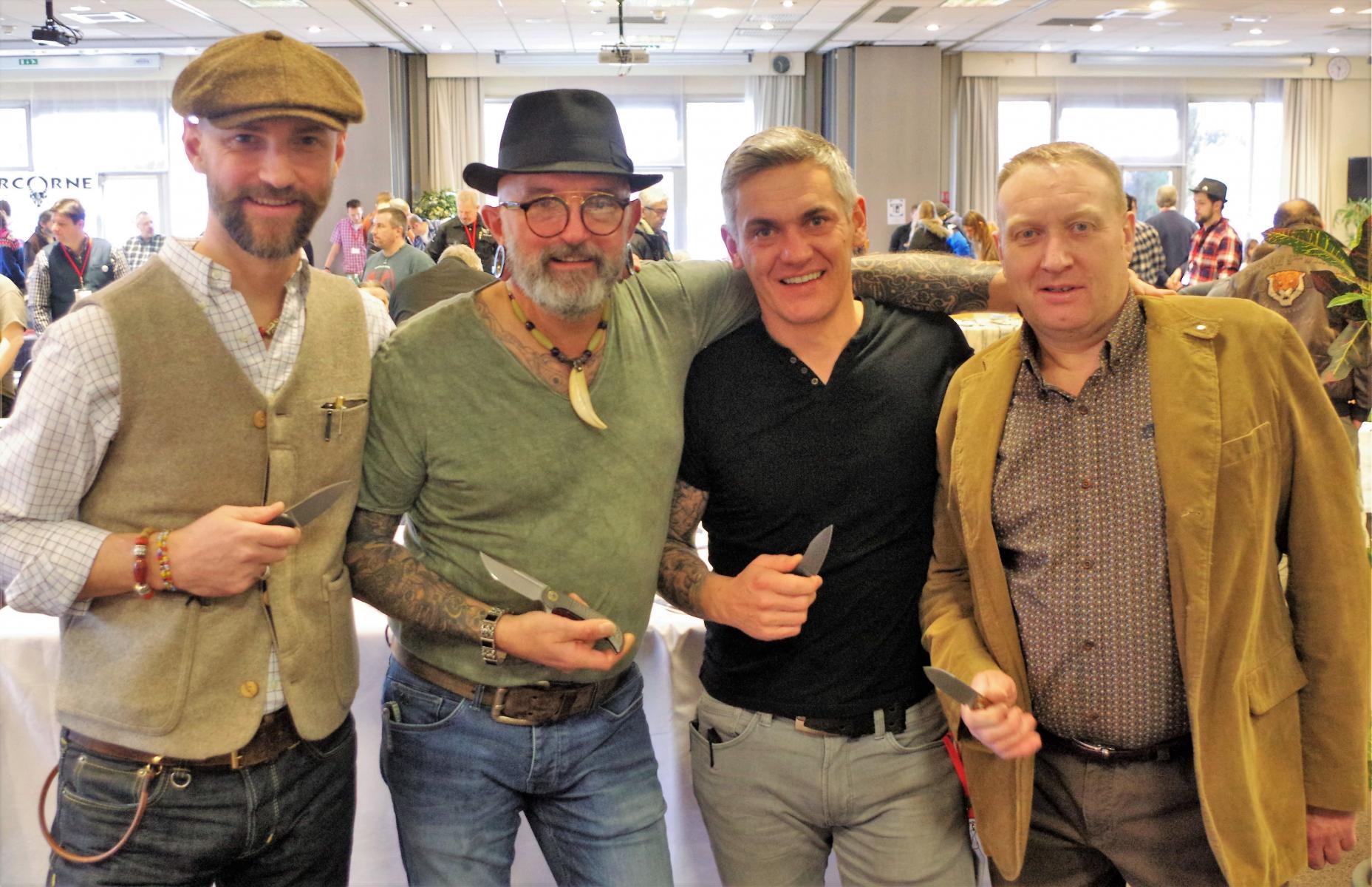 On the left is Gregory Pohl, founder of Editions G. Next to him, from left to right the designers of the first
three models: Gudy van Poppel, David Lespect and Eric Parmentier.
The first knife
David Lespect’s design is a plain but elegant linerlock folding knife, measuring 190mm unfolded. The blade is made of M390 steel with a stonewashed finish and has a thickness of 3 mm. The 80mm blade lacks a flipper or thumb studs; it must be opened by pulling the spine outwards, although with some practice, you can open the knife with one hand with the thumb on the lip of the blade. Thanks to the ball bearing system the action is very smooth. The liners and spacers are made of grade 5 titanium. The rounded scales are made from black G10. 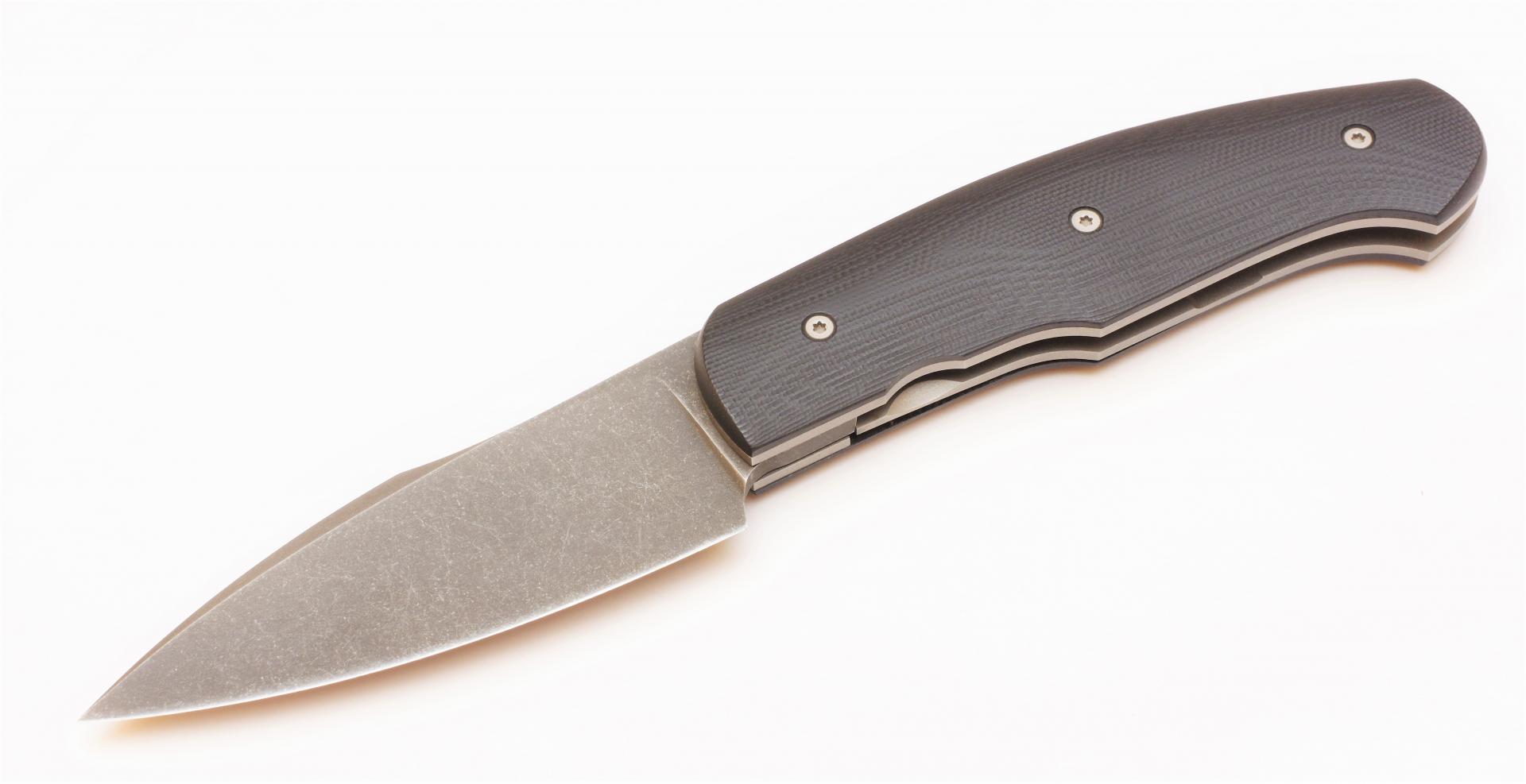 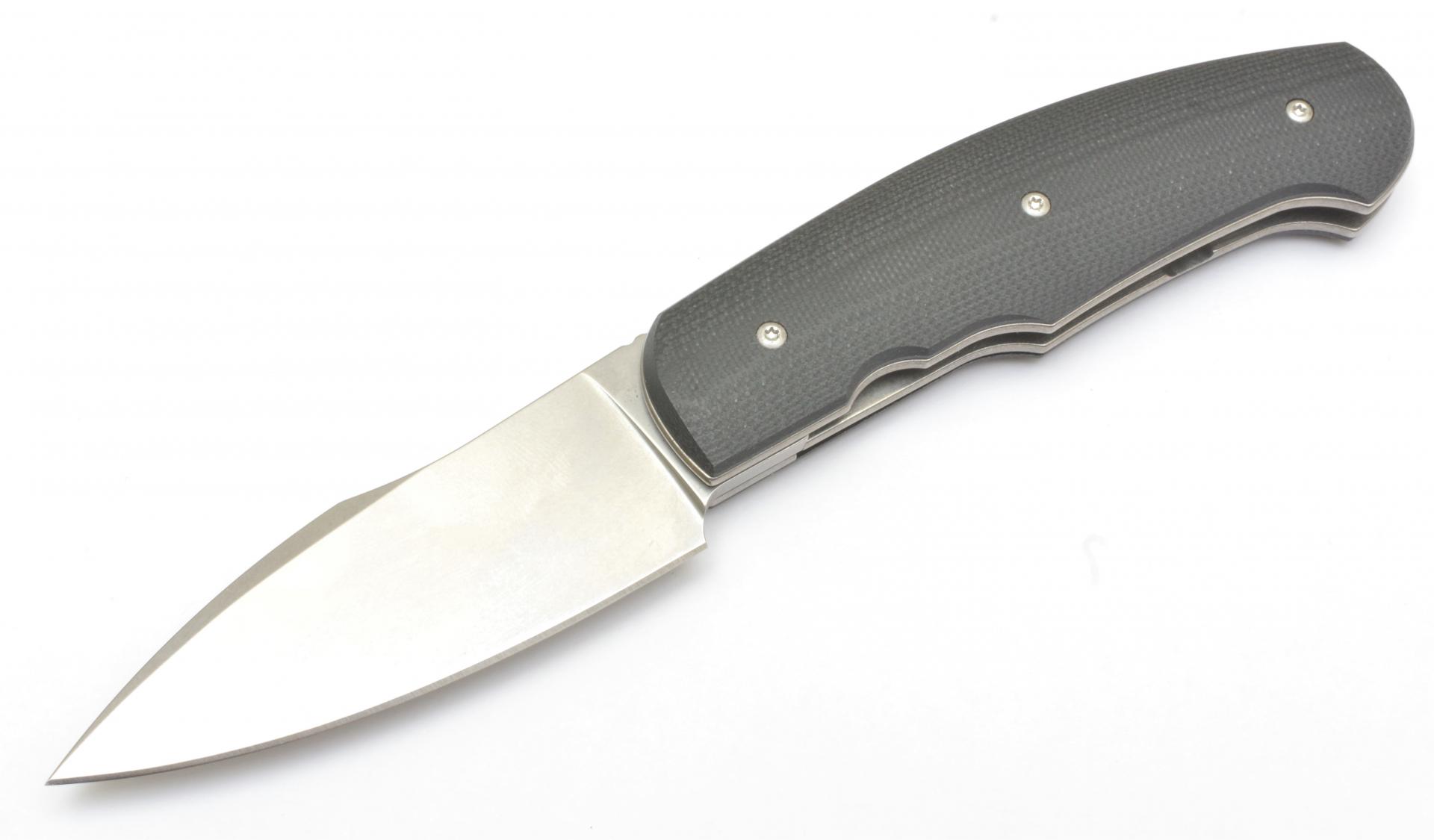 The hand-made knife by David Lespect (top) and the final production version for Editions G.
On the right side of the blade are David Lespect’s logo (a styled D and L) and the logo of Editions G. The encircled G refers both to Gregory and the copyright sign – in this case mora a “Gopyright”. On most folding knives, logos and/or texts can be read from the right side, when the blade is opened. For aesthetical reasons, David Lespect puts his logo the other way around, so it looks like a letter P. Only when you turn the knife upside down do the D and L become visible. To respect this custom Editions G followed suit. 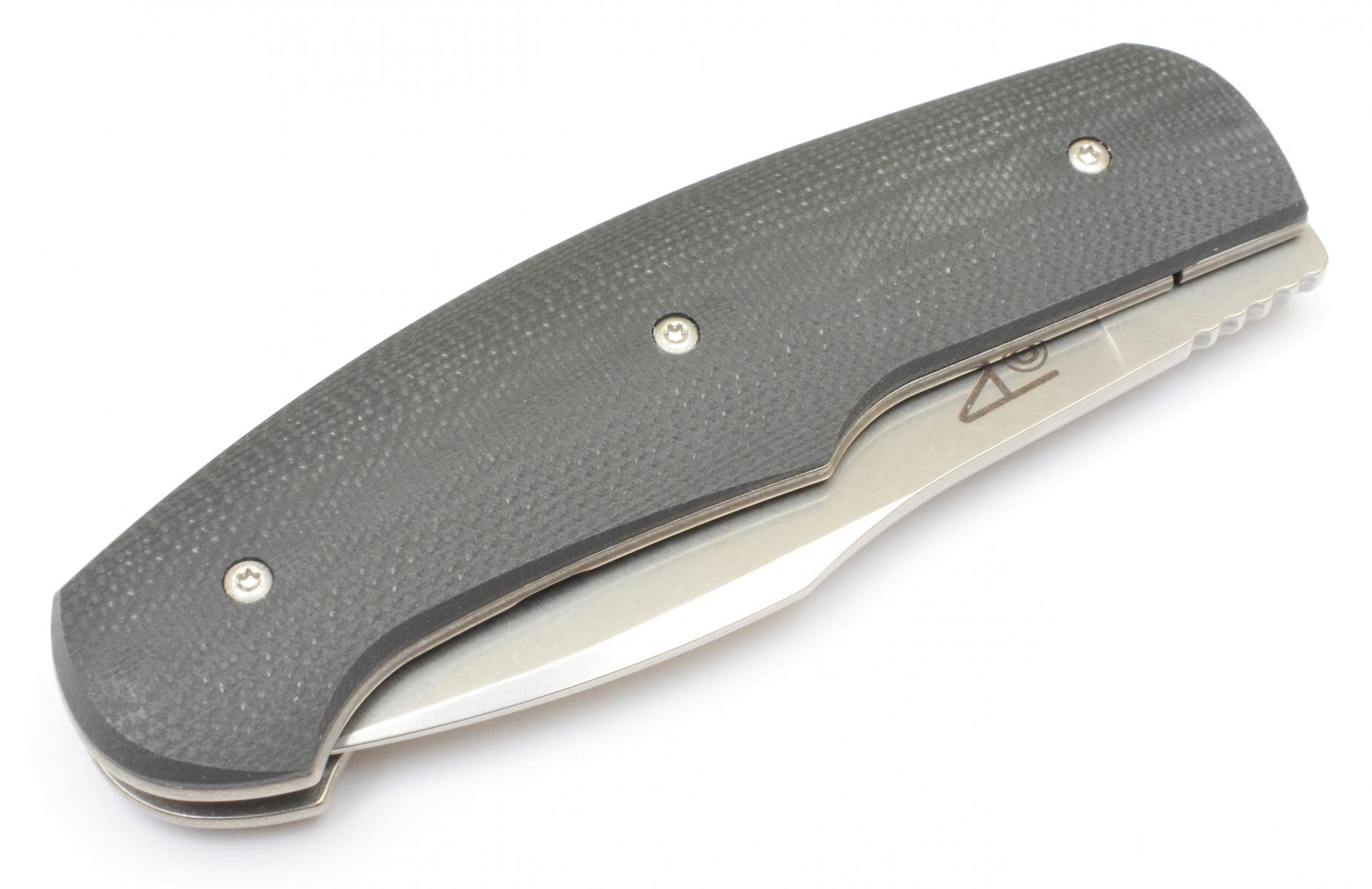 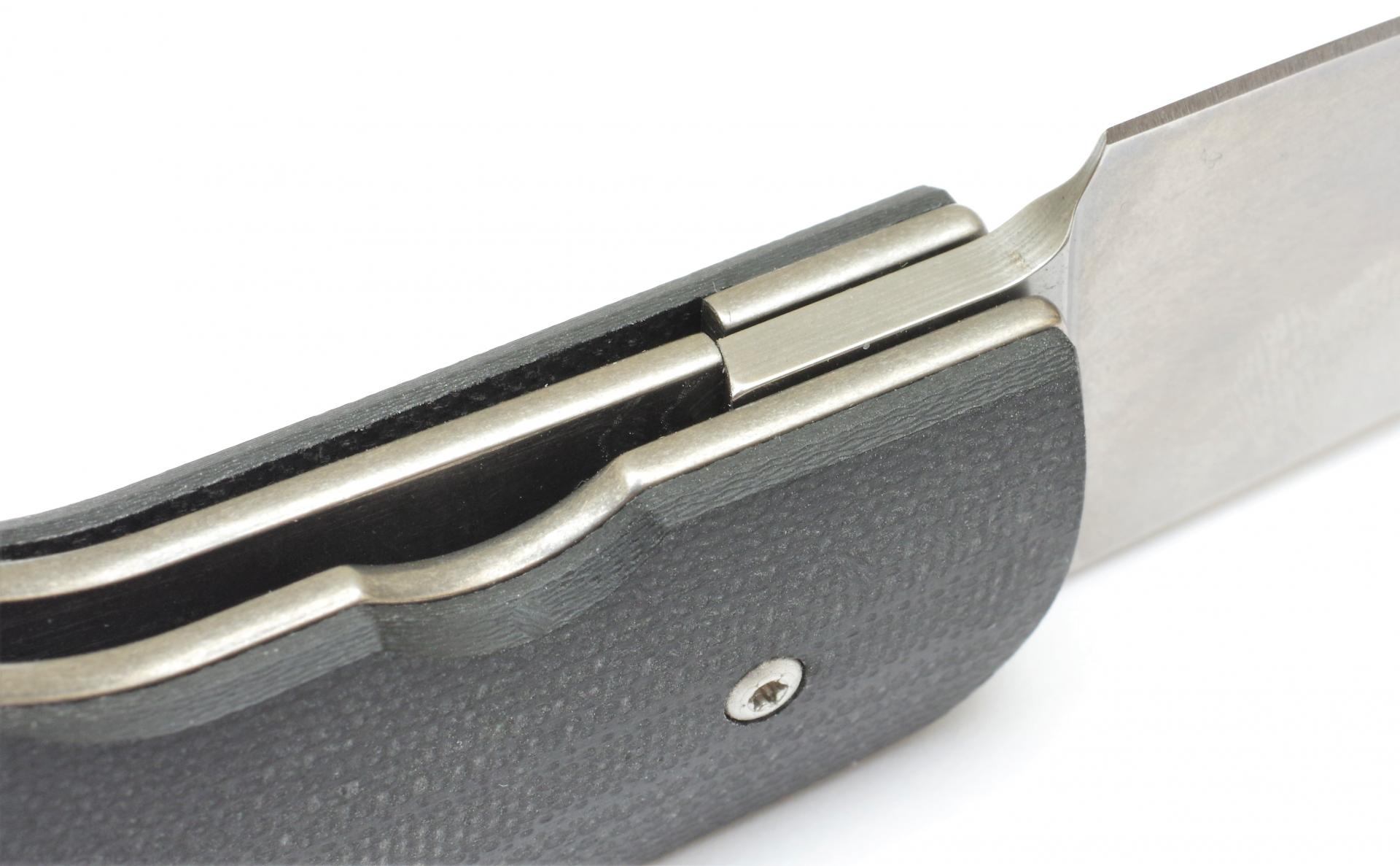 Left: The first collaboration with David Lespect resulted in a plain but elegant folding knife with excellent
ergonomics. The production version is very well made.
Right: The ‘David Lespect’ is a liner lock folding knife.
The serial number is on the inside of the left liner, together with both logos and the name of the producer, in this case Lionsteel. The knife comes with a nice polymer case, and a certificate of authenticity. For more information see www.edition-g.com. The website is in both in French and English. 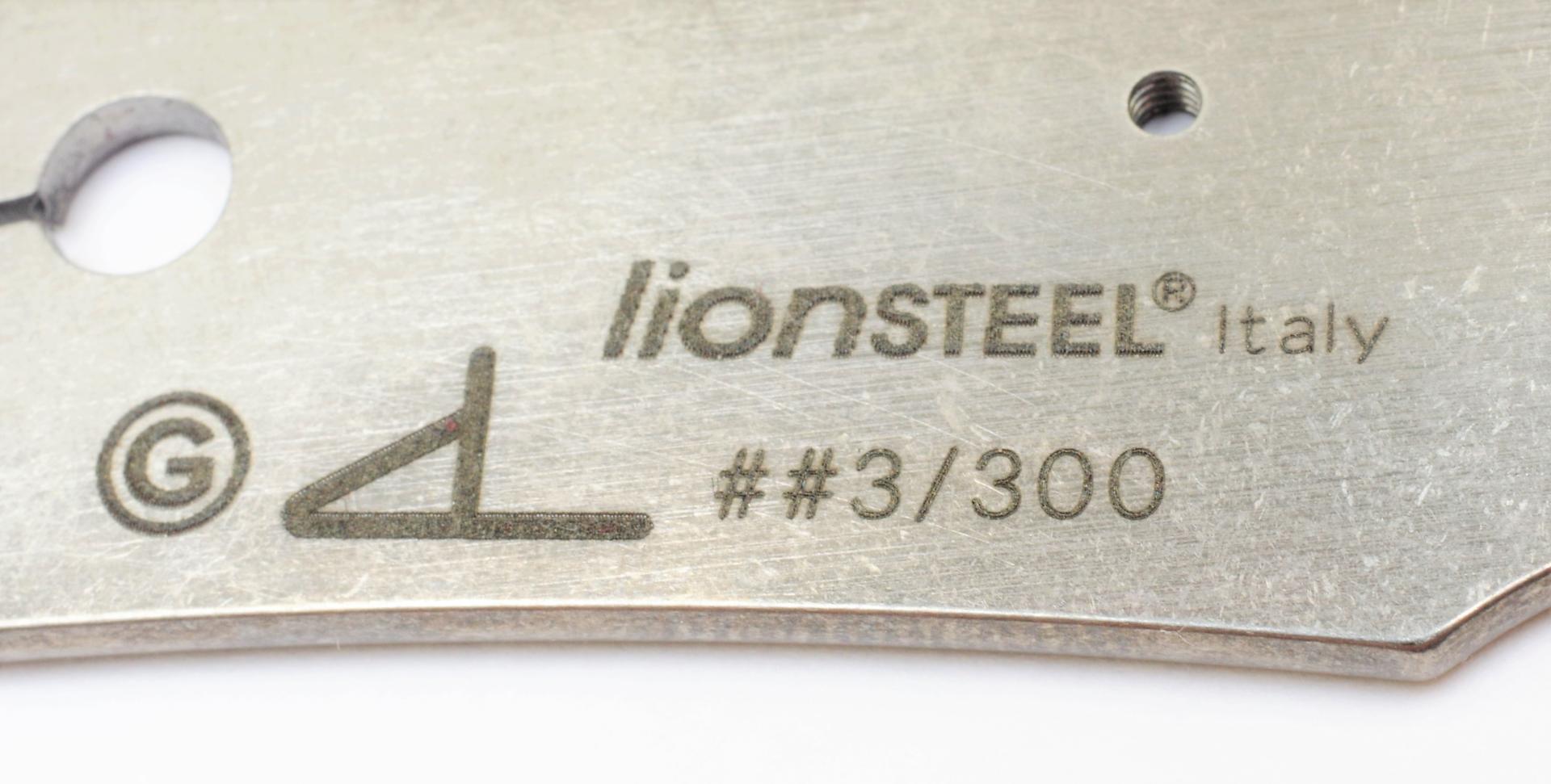 Left: The right side of the knife. What seems to be a stylized letter P is in fact the logo of David Lespect, an intertwined D and L. For aesthetic reasons he puts his logo upside down.
Right: Both logo’s, the serial number and the manufacturer’s name on the inside of the left liner.

The next project from Editions G will be based on this original ‘Bullet Knife’ by Dutch custom maker
Gudy van Poppel.
Our sponsors
Advertisements
Dit is een geprinte versie van de publicatie op