What started as an idea from a small group of enthusiastic Belgian knife makers, has grown into an eagerly awaited annual event. The Cutlery Days of the Belgian Knife Society celebrate their 20th anniversary on November 9 and 10. 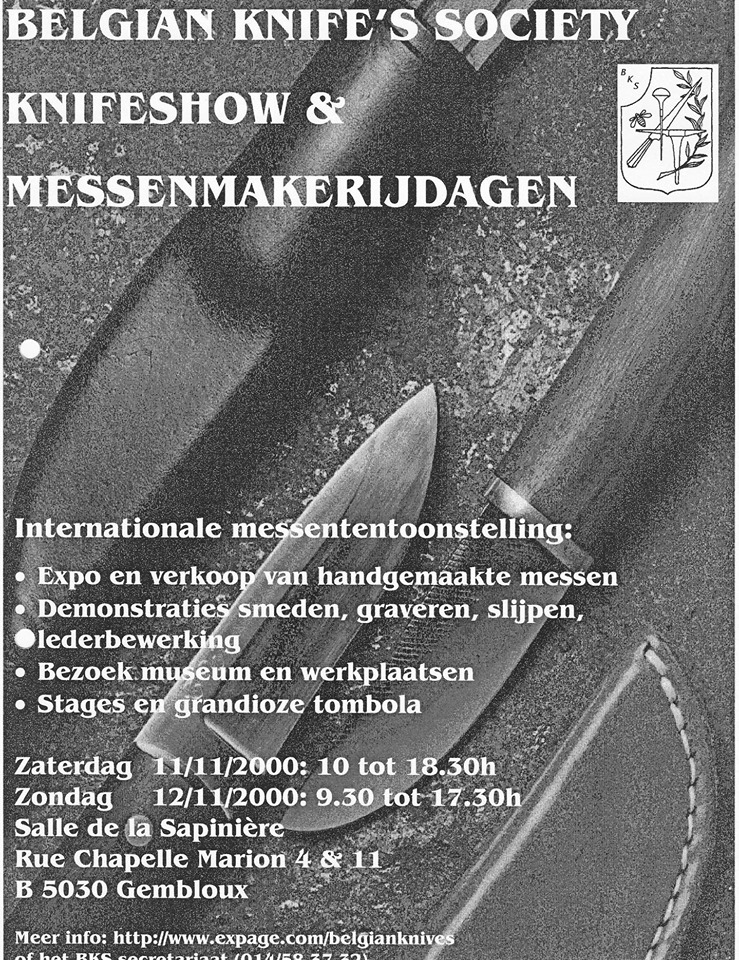 Left: the poster for this year's show.
Right: the poster from the first BKS gathering in Gembloux, held in November 2000.
Gembloux, of course, is the name of a Walloon municipality, located in the Belgian province of Namur, some 30 kilometres south-east of Brussels. But more importantly, it is the home of the Cutlery Days of the Belgian Knife Society, which are held in early November. This year, they celebrate their 20th edition.
“Gembloux”, as we shall briefly call the show, thanks its existence to a small group of Belgian knife makers. Out of passion for their hobby they established the Belgian Knife Society, and came up with the idea of a gathering of knife enthusiasts. After several wanderings, they ended up in Gembloux, where the first Knife Show and Cutlery Days were held in November, 2000.
The initial group of participants has grown into more than 140 exhibitors from a dozen different nationalities, attracting several thousands of visitors in a two-day show. The organisation is in the hands of the Belgian Knife Society in cooperation with the Gembloux Tourist Office and the management and staff of the Foyer Communal de Gembloux, and the Confrérie des Chevaliers de la Coutellerie. 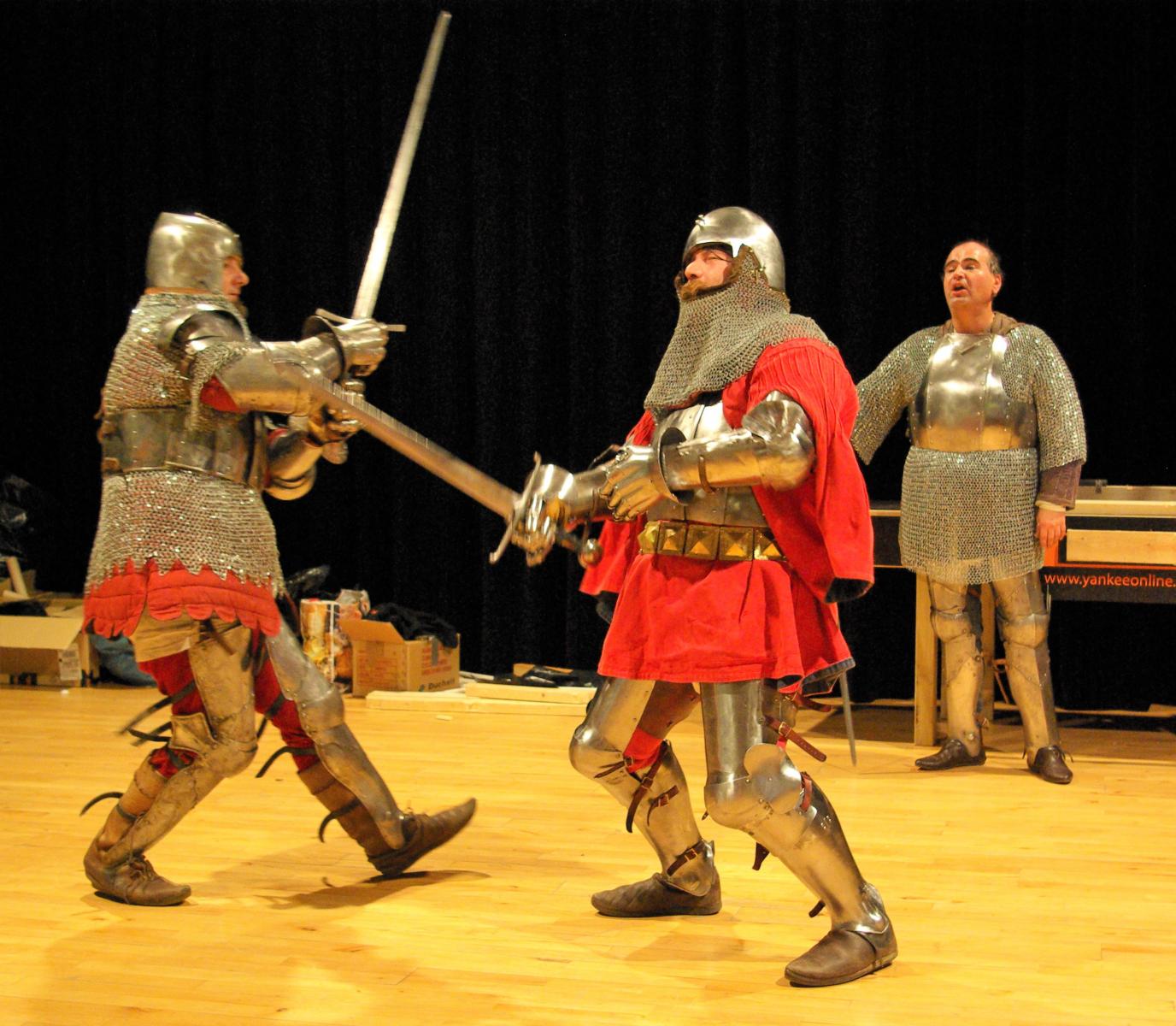 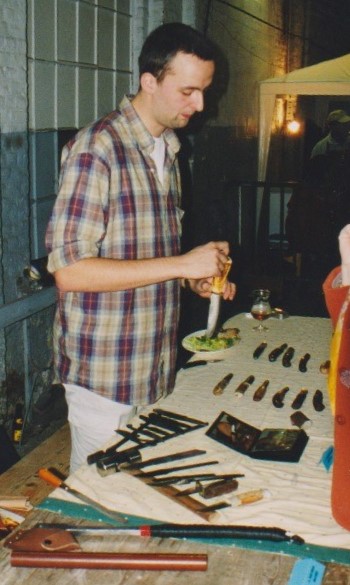 Left: In the past 20 years, the ‘Foyer Communale’ in Gembloux has been the stage for many activities and demonstrations, ranging from Blade Sports Competition, and cutting vegetables, to demonstrations in sword
fighting.
Right: Time flies. This is the president of the Belgian Knife Society, Tim Wagendorp, at the 2000 edition of the show.
Activities
Those who describe Gembloux only as a knife show, sell it short. The Belgian Knife Society not only promotes the art of knife making, but stimulates all relating activities as well: forging, engraving and leather working, just to name a few. Gembloux is also famous for the abundant supply of knife making tools and materials, and there are several lectures, demonstrations and sideshows.
What can you expect at the 20th edition? Quite a lot, actually. There will be the presentation of a book by the curator of the Gembloux blade museum, Mr. Pierre Nederlandt, on the Belgian cutlery history (“La coutellerie en Belgique” - for the moment only in French). Mr. Nederlandt will also give a lecture on the history of Belgian cutlers.
- Mr. Gotscha Lagidse, living and working in The Netherlands, will give a demonstration of kokftgari, ornamental work produced by inlaying steel with gold;
- Presence of Mr. Pekka Tuominen, Finnish knife maker and presentation of his students from the Keitele school who have chosen cutlery as their manual activity;
- Presence and demonstrations of Belgian engravers including Mr Pascal Jacoby who makes a print from the BKS coat of arms and Mr Lovenberg who presents his engraving courses and samples;
- Forging demonstrations by the Art Academy Anderlecht, Belgium and Mr Pascal Marche, France;
- A brief overview of the history of the BKS by Jacques Delfosse, once in French; once in Dutch;
- Exhibition of pictures taken by Mr Johann Vilhjalmsson during the first knife exhibition in Gembloux;
- Exhibition of posters from old BKS activities and BKS Cutlery Days in Gembloux. Some of them are for sale.
European Blades Mag. will, of course, be present as well. You can read about Gembloux in the next issue. But if you can: go and see for yourself!