Just as the first flowers cautiously pop up at the end of winter, knife shows are cautiously being organised again after almost a year and a half of Covid-19 pandemic. One of the first is the one in Langres, France. The 'Salon Lames à Langres' will be held on July 3 and 4.
Pictures: Frédéric Moussu 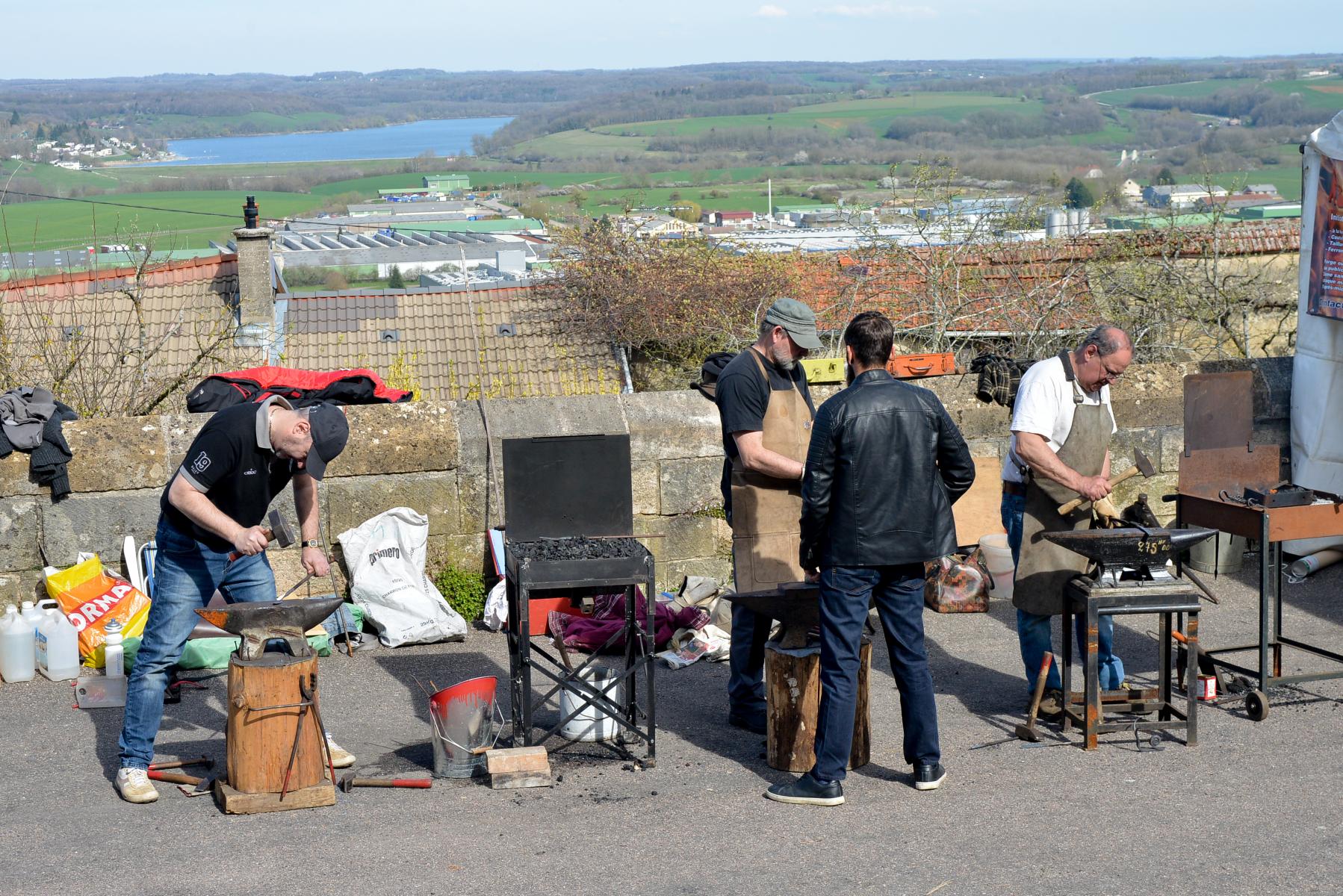 Lames à Langres is a work in progress. It used to be called the Langres Show of Cutlery and Scissors, which was held as a part of the European Days of Arts and Crafts, an initiative developed by the French government in 2002 to promote craftsmanship. The event features a multitude of activities, but as the region has a rich blade-making history and a vibrant scissor making industry, the city of Langres wanted to put more emphasis on the cutlery show. So in 2019, a new approach was taken. The show continued to be part of the Days of Arts and Crafts, but the name was changed to ‘Lames à Langres’ (Blades in Langres) which featured an extensive outdoor program with forging demonstrations. The effort paid off as there were more exhibitors and part of the excellent outdoor program was under the care of a medieval forging group.
This way, Lames à Langres was on its way to become an autonomous knife show, still held in conjunction with the Days of Arts and Crafts, but attracting a growing group of knife enthusiasts. And then came Covid-19.
The 2020 edition, scheduled for April 11 and 12 last year, had to be cancelled at the last moment. The deception was enormous, just as with countless other knife shows.
For this year, the organisation had to make a very difficult decision. April was out of the question, but postponement to 2022? ‘Jamais!’ (never). So the show will be held, on April 3 and 4. It may not be full-scale yet, and the necessary precautions will be taken, but in early June 2021 almost thirtyfive knife makers and companies had already registered. European Blades will be there as well. In our next issue we will let you know how it was. Or maybe we will see you there?

The following persons and companies will be present at Langres: