From June 10-12 the Spanish city of Albacete will host the III World Capitals of Cutlery Meeting. This event is combined with the cutlery exhibition Ibercut and a fascinating host of other activities.

The World Capitals of Cutlery Meeting was an initiative of the Coutellia in Thiers, and organised for the first time in 2016. The second edition was in 2018, again in Thiers, with the idea of having the third edition in 2020, in Albacete. Covid changed these plans, which is why the third edition is held now.
The purpose of the bi-annual World Capitals of Cutlery Meeting is to gather cities which have been historically linked to cutlery-making activity. The potential list of participants has 28 countries, including renowned cutlery centers such as Albacete itself, Solingen, Sheffield, Ybbsitz, Gembloux, Thiers, Nogent, Maniago, Ekilstuna, Zlatoust and Seki. Some 17 of them have confirmed their presence.
Around this meeting is a whole range of meetings, conferences and different cultural activities, with the goal of creating closer links between cities whose tradition, history and industry have been linked to the industrial or artisanal forging, sharpening and production of cutlery – and of course give visitors insight in the rich history and functionality of cutlery.
The III World Capitals of Cutlery Meetings coincides with Ibercut, the Iberian Cutlery Exhibition and Knife Show, which celebrates its 12th edition. Ibercut features an international selection of knife makers, manufacturers and distributors, whose products range from classic navajas, to swords and kitchen knives. A list of exhibitors can be found on www.ibercut.es/panel-de-expositores.
The exhibition features a number of forging demonstrations, by Eduardo Cadelo, Daniel Torres García,  a demonstration on how to sharp your knife on wet stones, and forging classes for children. There is – of course - a gastronomical program with show cooking, kitchen cutting techniques, and how to properly cut a Spanish jamón. Of course a visit to the Museo Municipal de la Cuchillería should not be missed. Albacete also features the first working meeting of cutlery museums.
Looking at the program and all the activities, there will be enough to see and do for everyone. And if the activities are not enough, there is the beauty of the city. European Blades will go there for a full report. In the meantime you can also have a look at www.albacetemeetings.com (also in English). 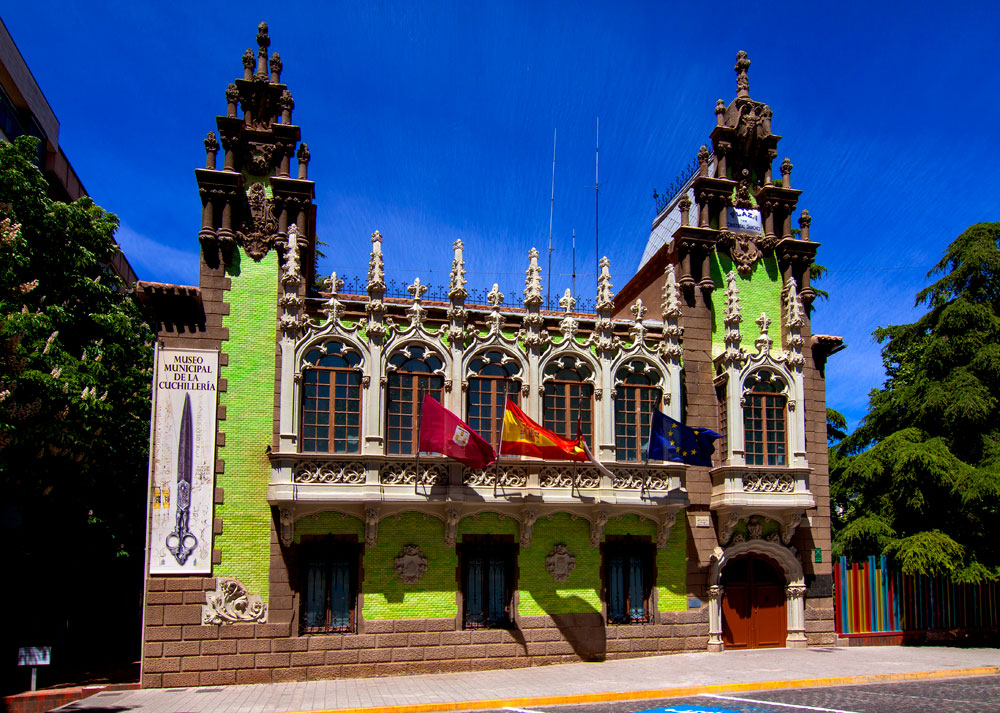