Throughout the history of knife making, there has always been a small but inventive group of people focussing on hidden mechanisms. In July 1919, Robert Armour, native of British India and at the time living in Providence, Rhode Island, applied for an American patent for a “trick pocket-knife” in which the way of locking and unlocking the blade is cleverly disguised. The patent was granted in August 1920.

U.S. Patent 1,350,251 is the only one found in Robert Armour’s name. A quick search on the internet did not result in any information either, so we do not know when and why he decided to move to the United States, or what was his occupation. He must have had a technical interest, as his knife mechanism is quite ingenious.
Looking at the knife, one would have quickly noticed two discs on both sides of the blade pivot pin, with numbers 1 to 5, and corresponding numbers on the bolsters. These gave, as Armour explains in his patent, “the appearance of the dial of a combination lock or safety lock.” But turning the dials would be useless – they would not move. They were just “deceptive means [… with] the appearance of the means for unlocking the knife.”
The secret of Armour’s knife was in the left bolster (17) which extended into the rear of the handle with a forked end, which engaged with a stud (9). The bolster could be pushed upward, towards the front of the knife, thereby withdrawing the forked end from the stud. After this, the complete left half of the handle could be rotated, allowing a pin on the side of the blade to rotate freely from a pivot extension (13). One the blade was fully opened, the handle could be turned back, the stud snapping back into place in the forked extension of the bolster. To close the blade the same procedure applied: lift the bolster and turn the handle. 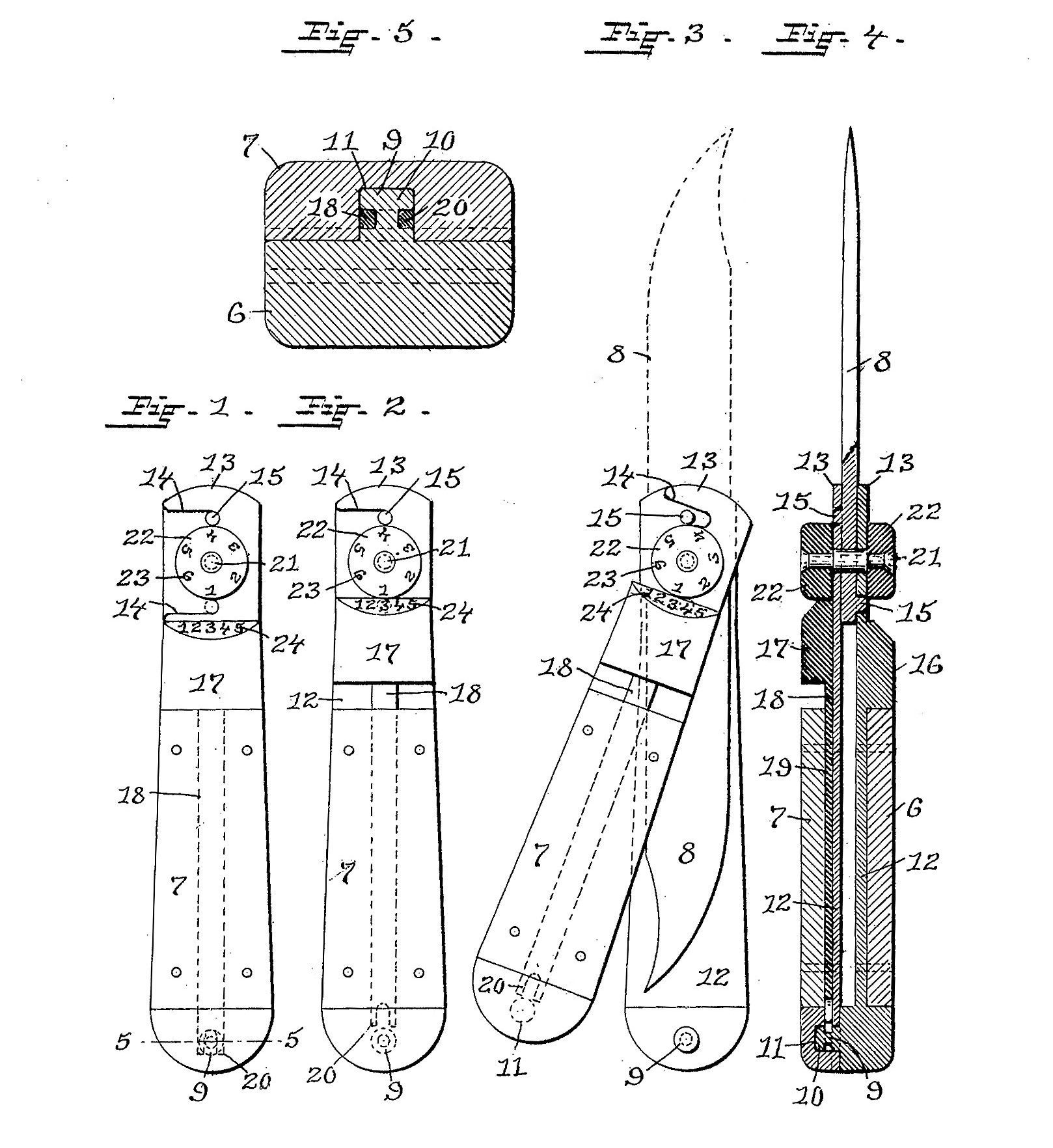