The Böker company probably needs no introduction. The Solinger firm has been manufacturing knives for more than 150 years and during that time has patented many different designs. One of these is described in the Swiss patent 229292 of January 1944, granted to Heinr. Böker & Co. and simply titled "Taschenmesser". (Pocket knife).

Despite its title, the patent filed in 1942 is not about the knife itself, but about a way to lock the blade. This was done by means of a hinged handle, by which the knife could also be carried. The drawing shows a simple pocket knife with two blades and a double-sided bolster. At the front (the top on the drawing) is the carrying handle. This has a transverse axis. The axis is flattened at one end. In the "at rest" position, the flattened part of the axis lies above the spring (Fig. 5), leaving some space. When the handle is turned forwards, the rounded part of the axis comes into contact with the spring.
As the back of the blade pushes the spring upwards when opening and closing, this construction ensures that the movement of the blade is blocked when the handle is turned forwards. In its rear position the spring still has enough play to open or close the blade.
According to Böker, the pocket knife could have one or more blades and could be equipped with a cutting or tool blade. Pocket knives with blades on both sides could also have a handle on either side. 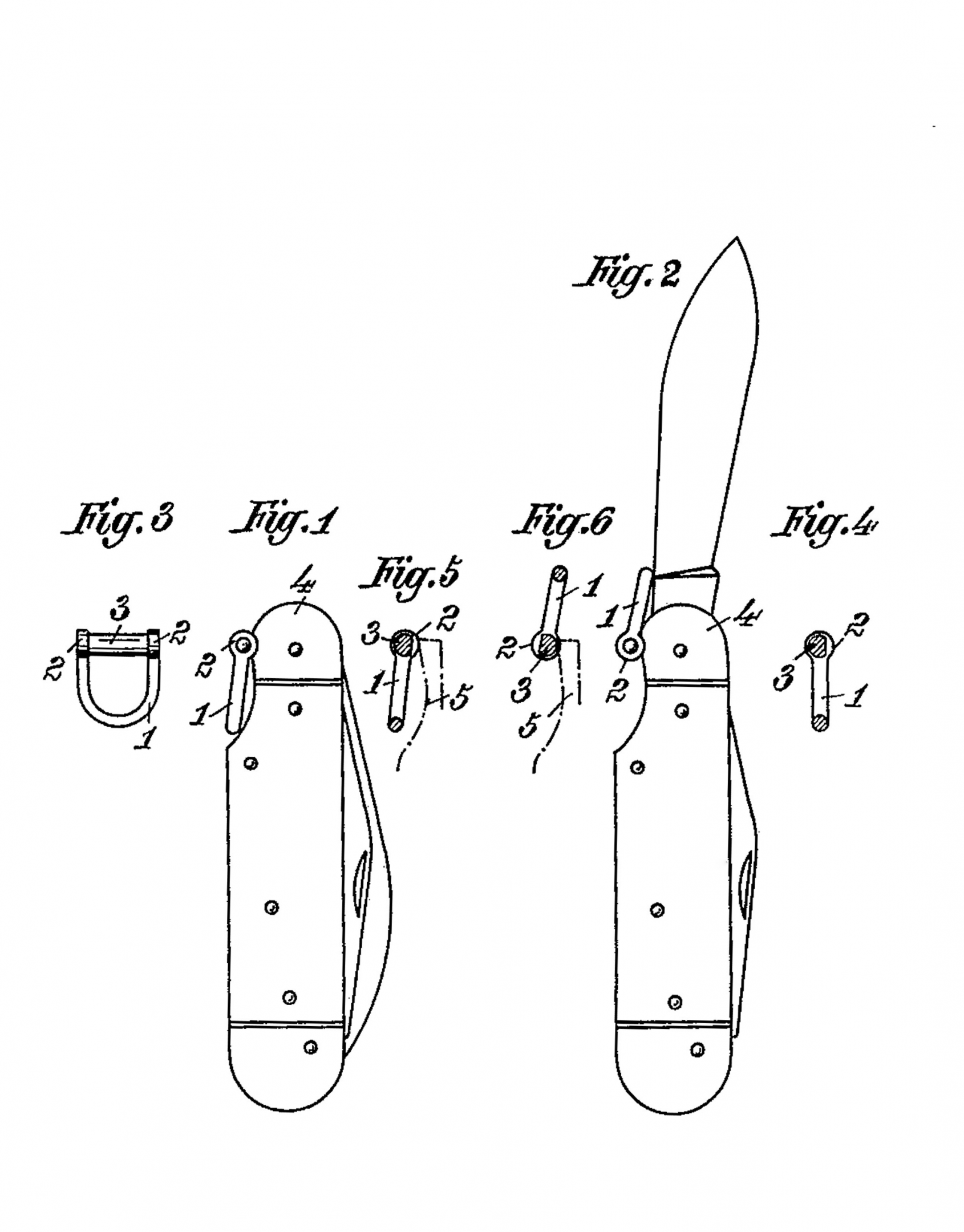 The drawings from Swiss patent 229245, applied for on 20 October 1942 and granted on 3 January 1944, in the name of Heinr. Böker & Co in Solingen. The relevant parts are the carrying handle (1) with its partially flattened axis (3) and the spring (5) which is either blocked or free to move.
Our sponsors
Advertisements
Dit is een geprinte versie van de publicatie op