There are many ways to make a knife in which the blade moves straight out of the handle. One of these was invented in the late 1930s by Emmerich Huller from the village of Alt Schönau in Mecklenburg, about 110 kilometres north of Berlin. In 1937, he patented a pocket knife that could be slid in and out of the handle lengthwise, with some remarkable features.

We do not know who Emmerich Huller was. His name does not ring a bell, and the village of Alt Schönau can hardly be called a flourishing centre of cutlery. Only one patent from Huller has been found, for the pocket knife shown here. This German patent 662 168 was valid from 5 February 1937. The description was simply 'pocket knife'.
Huller's knife handle consists of a hollow container, closed at the bottom and with a hinged lid at the top. The bottom is fitted with a curved leaf spring that, when the lid is opened, pushes the blade out of the handle - either completely or just far enough so that it can be pulled out easily. The patent mentions both possibilities.
Most of the handle spine has been replaced by a locking lever, with the remaining part of the spine acting as a leaf spring. The locking lever rotates about an axis, reminiscent of a back lock predecessor. The front part of the lever has a number of teeth which, when the blade is pushed outwards, fall into corresponding notches on the spine. When the blade is pushed inwards, a heel on the blade rests against the rear tooth, preventing forward movement. According to Hummel's patent description, the construction gave the blade some slack, so that it would not break out if it unexpectedly struck bone or the like.
We do not know if Huller's knife was ever made. With some refinements, it would be an interesting design even nowadays. 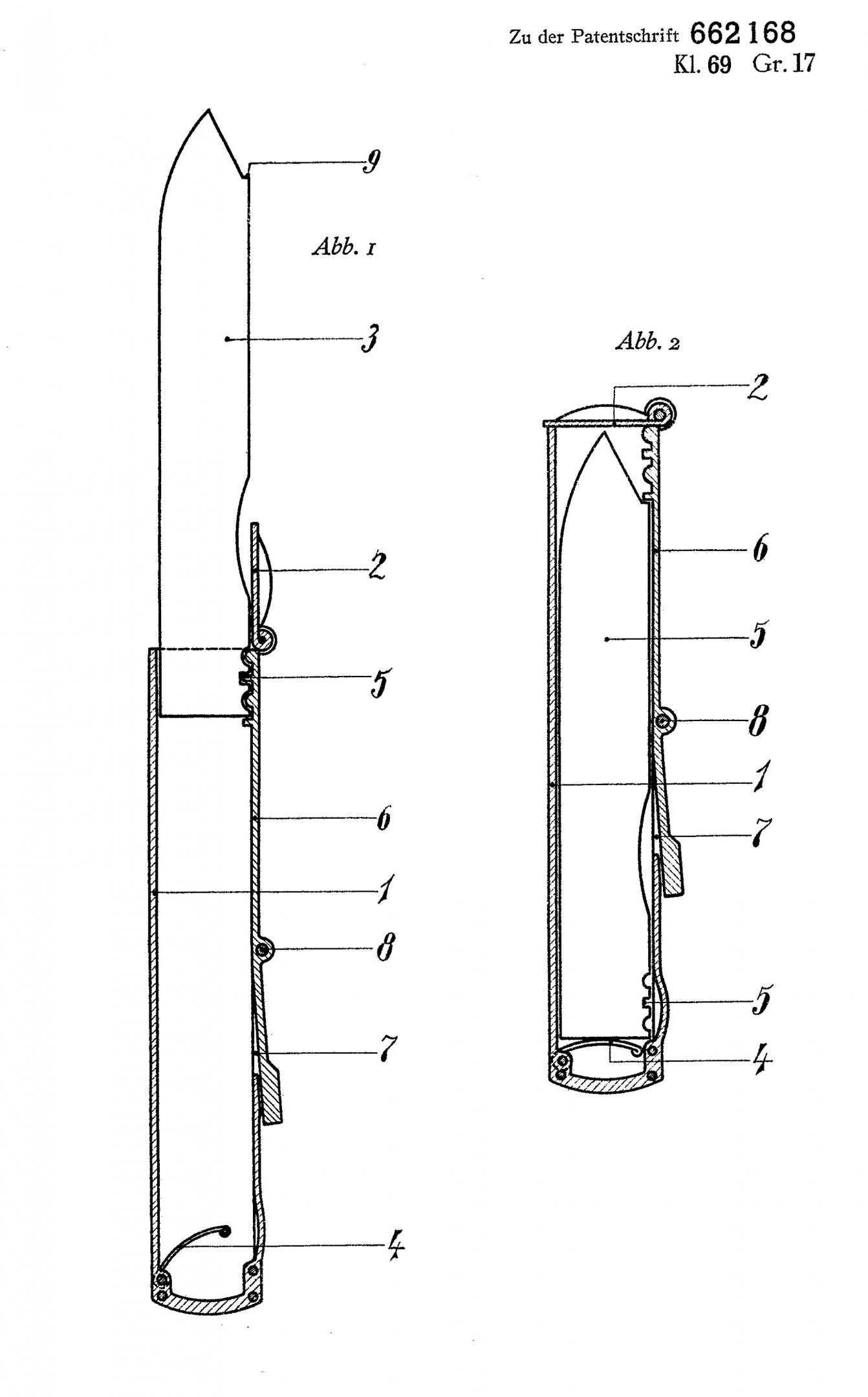