A German company, specialising in French knives, blew new life into a classic model, and came up with the Laguiole Droit (1850).
Text and pictures: Arthur Brehm 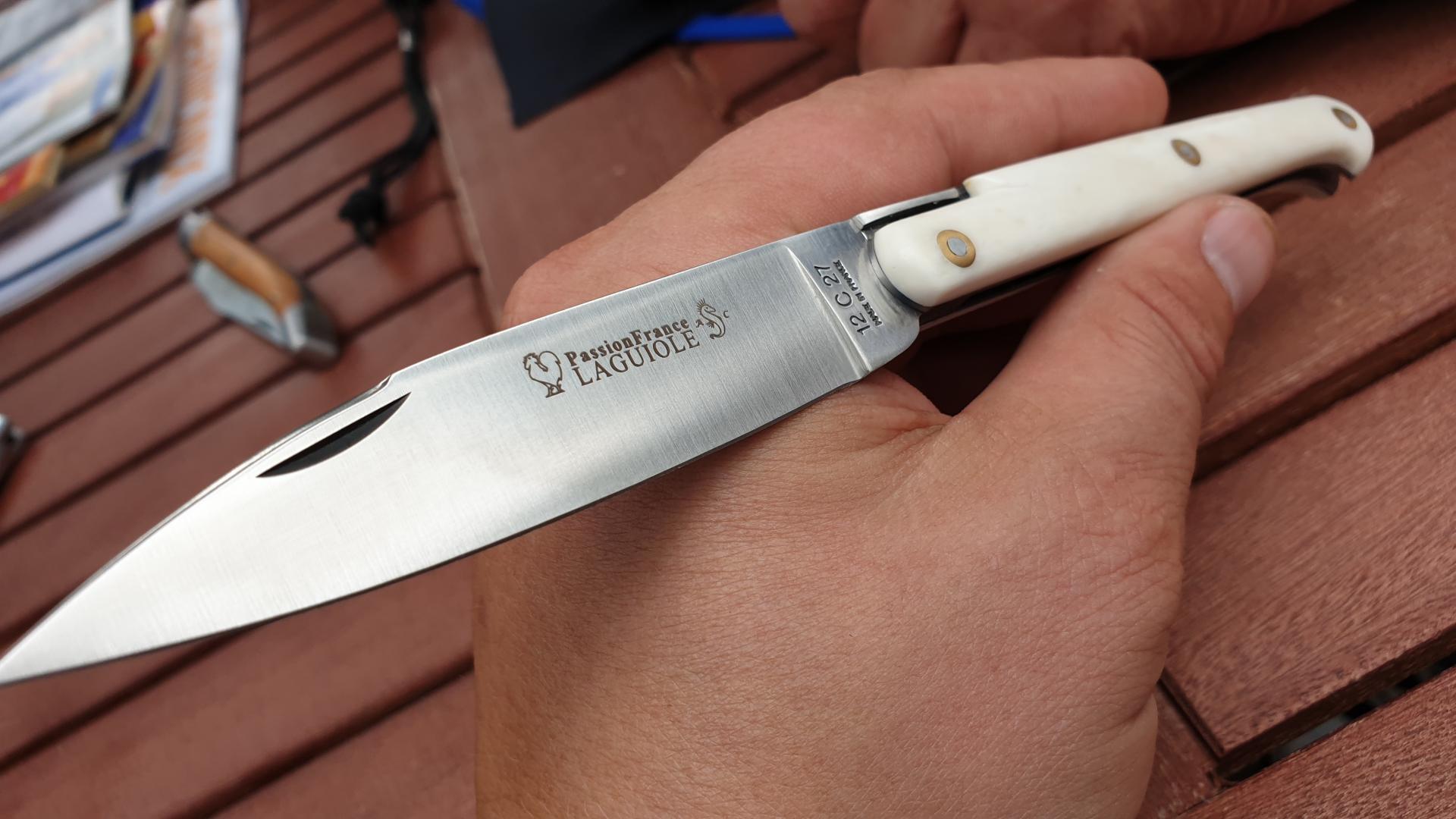 Ask anyone about a French pocket knife, and undoubtedly they will come up with the name of Laguiole.
It is a misconception that the Laguiole was created in its present form. Rather, it is more likely that around 1850 Pierre-Jean Calmels received an Yssingeaux from a routier (a kind of contemporary French truck driver) from which he developed the original Laguiole. This story was researched by French author and historian Christian Lemasson.
His friend Robert Beillonet (twice ‘Meilleur Ouvrier de France’ - the best craftsman in France) then developed the Laguiole presented 1850 here, also called ‘Droit’(straight), which was then reissued for the first time by Passion France.
The Droit is available in a number of variations. During a visit to the Passion France showroom in Darmstadt, I decided to go for the medium version with an 11cm long handle made of camel bone. The usable blade length is 7.3 cm. The weight is 78 grams.
The blade is made of Sandvik 12c27 steel, which is very popular in France. The handle scales are attached to the plates with three rivets on each side, which are, in a traditional manner, provided with three rosettes for support.
The first third of the blade spine (seen from the tip) has a one-sided phase. A design element and distinguishing feature of Robert Beillonet. The blade is perfectly centred in the handle, closes without impact in the resort and was razor-sharp out of the box. The oval Laguiole ‘bee’ is left plain and the back spring is simply decorated with "IXII" as used on the original Laguiole.
Conclusion: an absolute eye-catcher and one that should not be missed by anyone interested in fine French gentleman pocket knives. Source of supply: www.passionfrance.com. 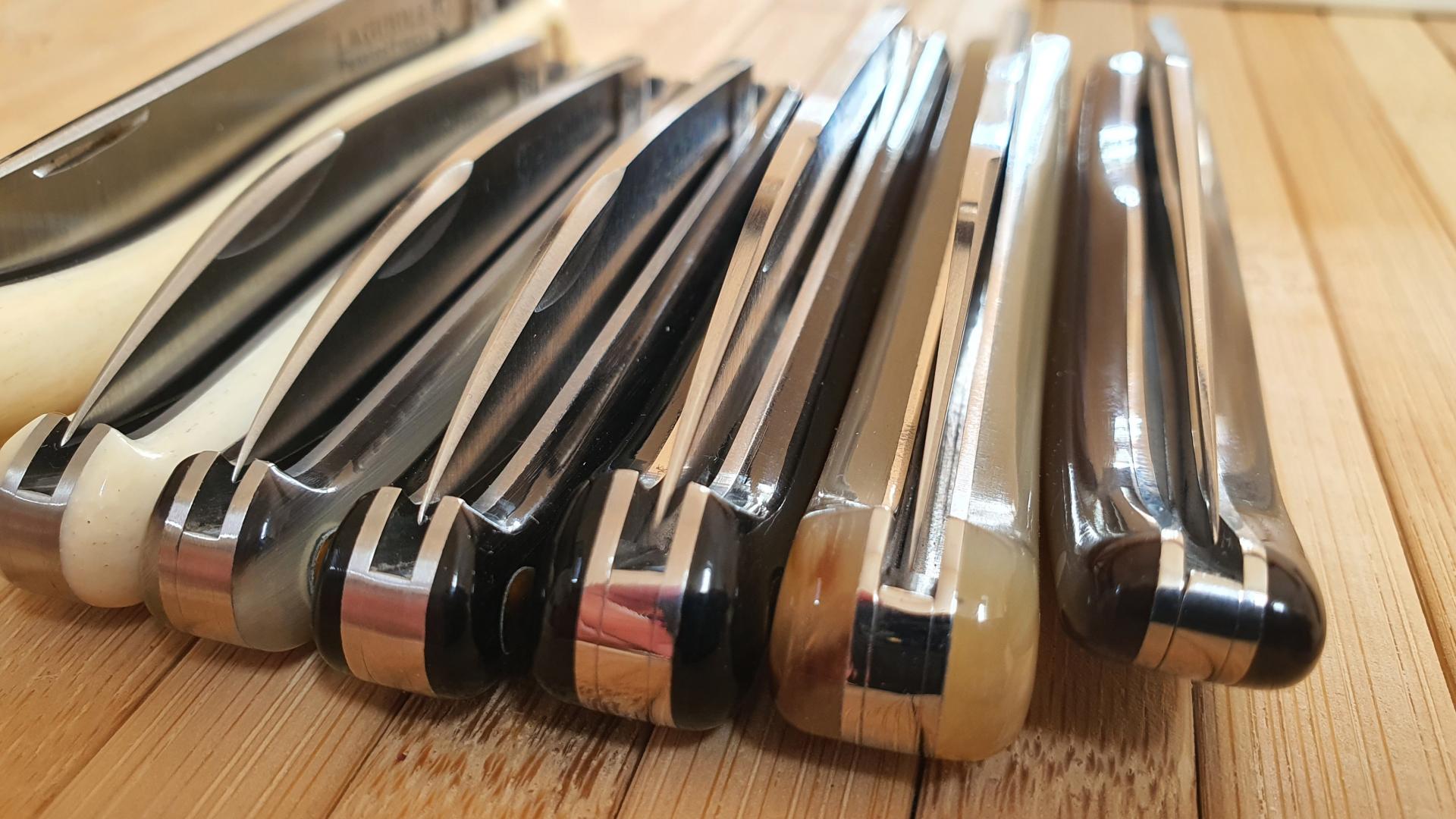