Where does a knife maker get his ideas? How does he come up with his designs? What problems does he encounter in his craft? Our series on custom knives looks behind the curtains. In this issue: A folder by French knife maker Tim Bernard (24). 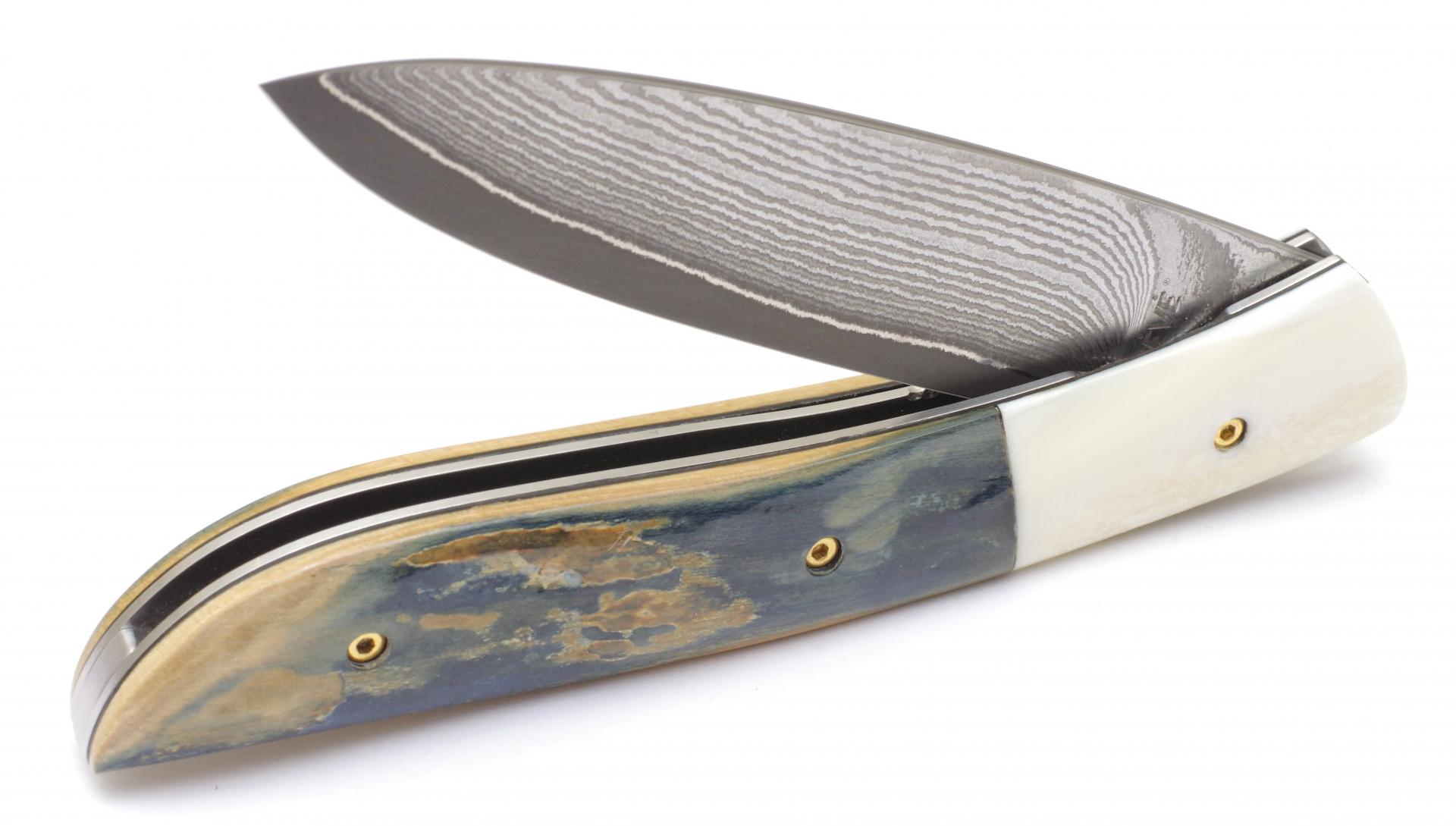 If you look at this Névé knife with snow, ice and polar seas in the back of your mind, the shape and choice of
materials make perfect sense.

Tim Bernard has been an independent knife maker for just two years. Yet, judging by the quality of his work he has a grand future ahead.
After a less-than-successful high school career, Tim studied knife making at the Thiers Centre de formation d'apprentis de l'industrie (CFAI). After completing his education, he worked as an apprentice with Manu Laplace (1515) in Thiers for two more years. Next, Tim moved to Florinox, in the vicinity of Thiers, where he worked for a year and in which time he saved up enough money to establish his own company: Névé.
His company is named after the eternally snow-capped top of a mountain, or more precisely: the partially compacted granular snow that forms the surface part of the upper end of a glacier – which is an unsurprising bit of knowledge for someone who was born in Briançon, in the French Alps.

Mammoth ivory and Walrus ivory make a great combination.
For his knife making, the mountains offer a spring of inspiration as does the water and ice. For five years, Tim Bernard was a member of the French national kayak team where he participated in five world championships. He tries to put both water and the mountains into his knives, which explains the shape and the choice of materials for the knife he has presented here.

With a little imagination, this could have been a prehistoric knife. 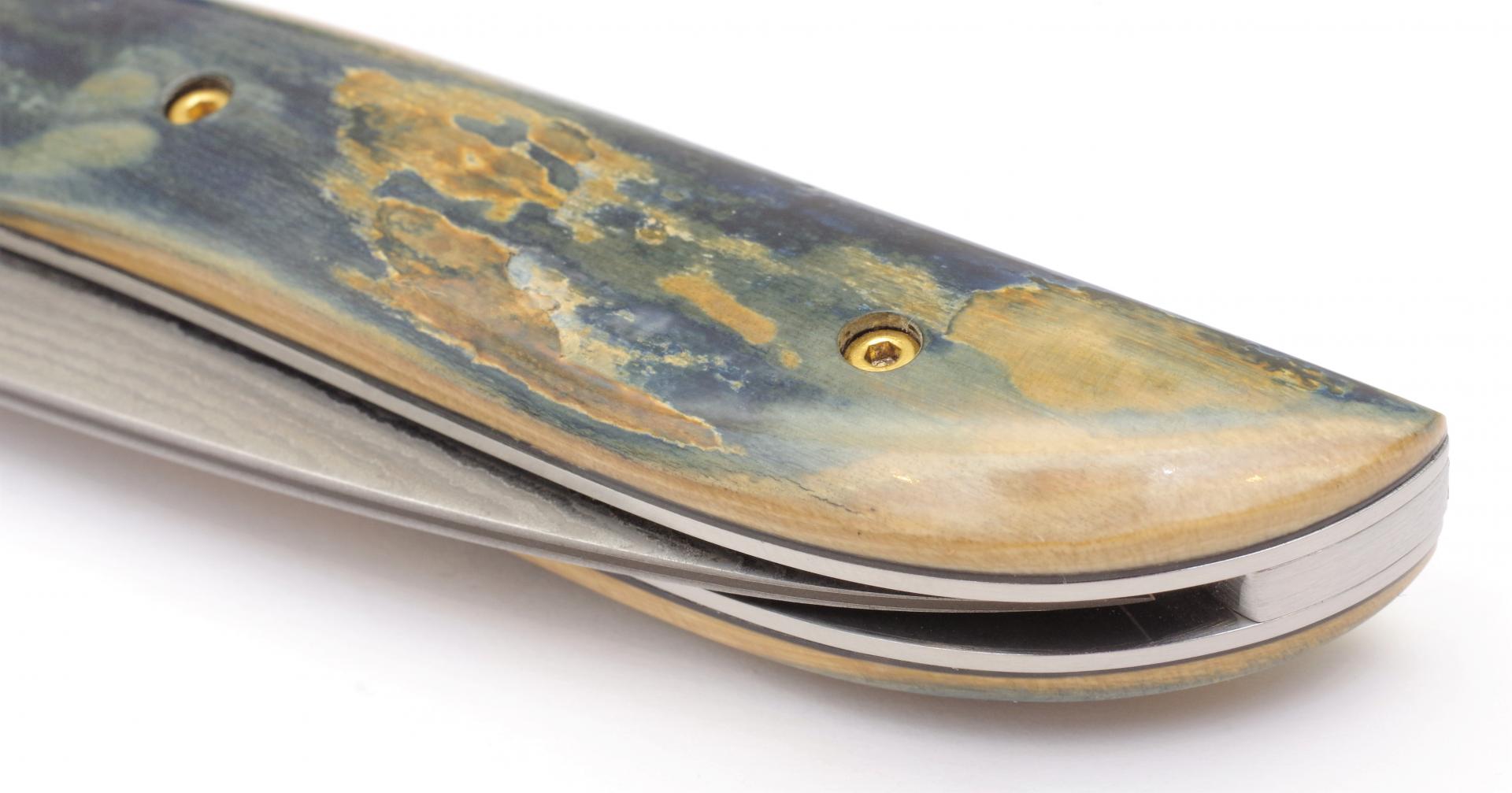 Handle material, liners and spacers smoothly merge.
First, there is the blue colour of the mammoth ivory, which reflects both the sea and ice. The white walrus ivory marks a sharp contrast, but also represents an animal whose natural habitat is water and ice. The blade has a wave-like structure and the back spacer is partially textured to resemble rock or ice. The linerlock is textured in a similar way, which also improves the grip. 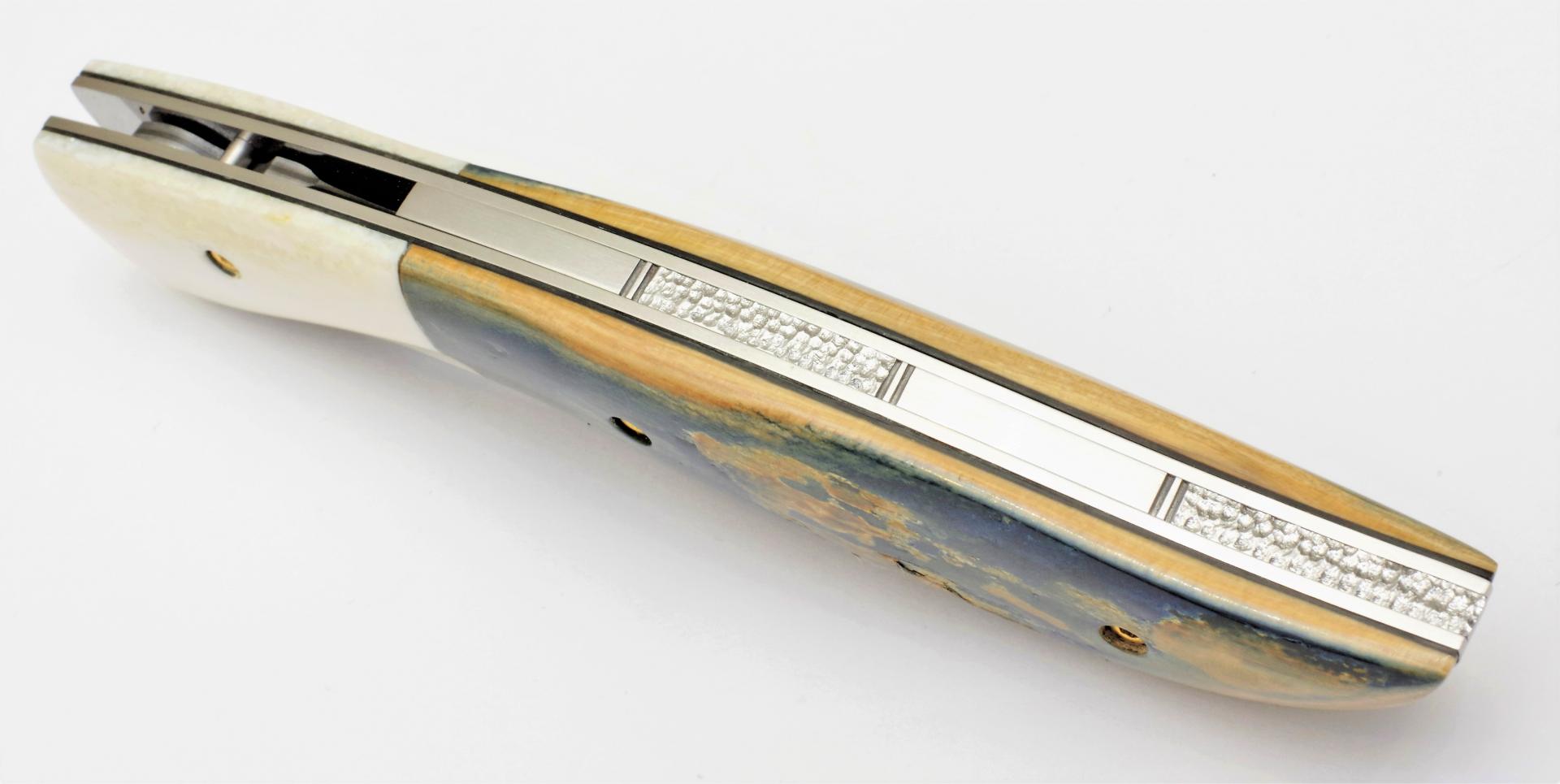 Part of the back spacer is textured to resemble rock or ice.
Tim’s favourite steel is 14C28N, which sharpens easily and has a nice texture. Thus far, he has focussed on liner lock knives, which Manu Laplace taught him to make. But who knows what Tim Bernard may come up with next? 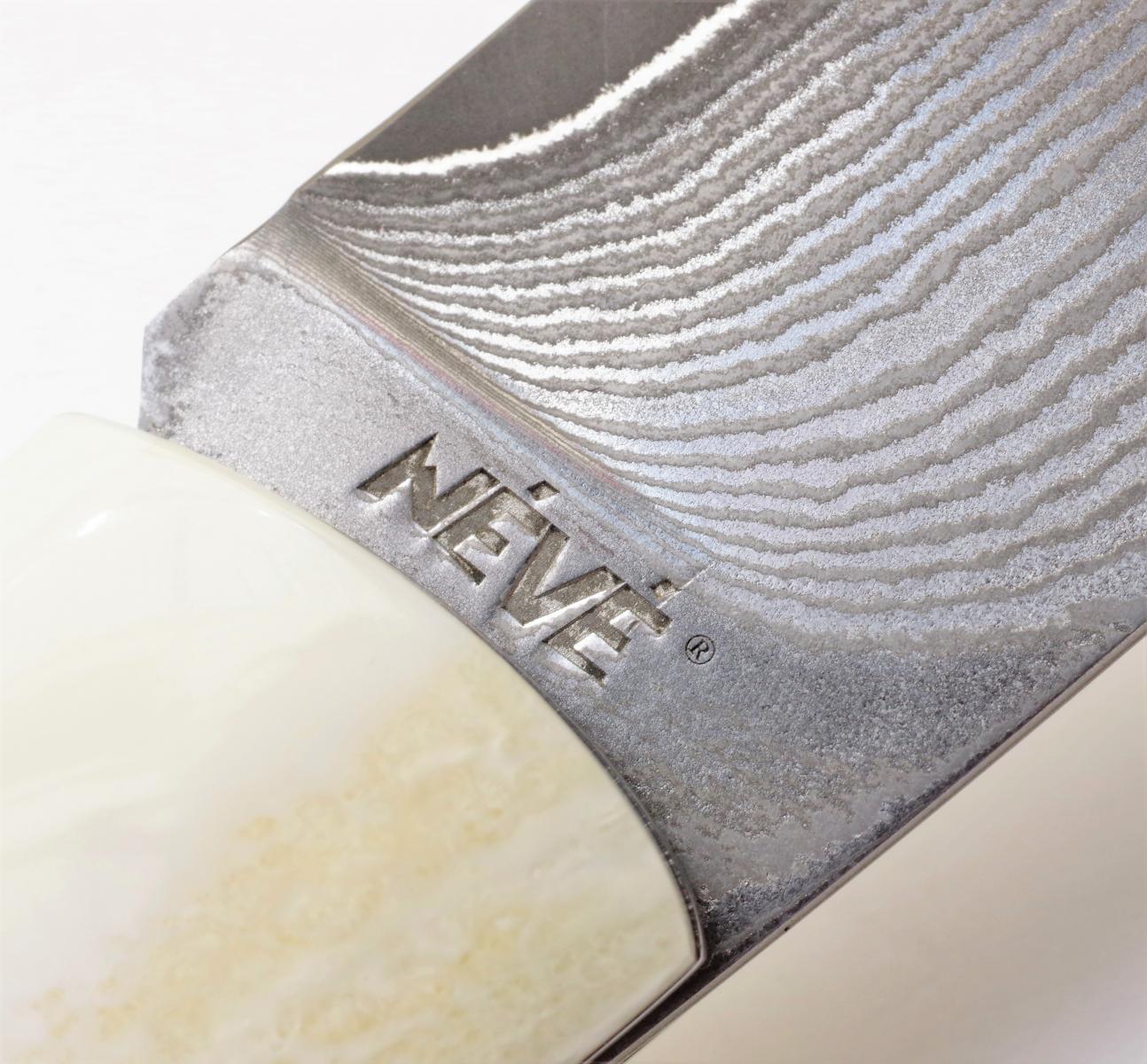 Névé’s signature on the left side of the blade.
Our sponsors
Advertisements
Dit is een geprinte versie van de publicatie op