Where do knife makers get their ideas? What inspires their designs? Our series on custom knives tries to explain one specific knife. In this issue: The Fuji by French knife makers Les Frères Teymen.

‘Les Frères Teymen’ translates as ‘The Teymen Brothers’. There are three of them: Kadir, Yavuz and Mustafa. Their workshop is in La-Monnerie-Le-Montel, just outside Thiers, and their showroom is in Thiers itself.
The Teymen brothers were born and raised in Thiers, so a career as knife maker was obvious to them. They worked for different companies, until they established their own brand and workshop in 1996/97. 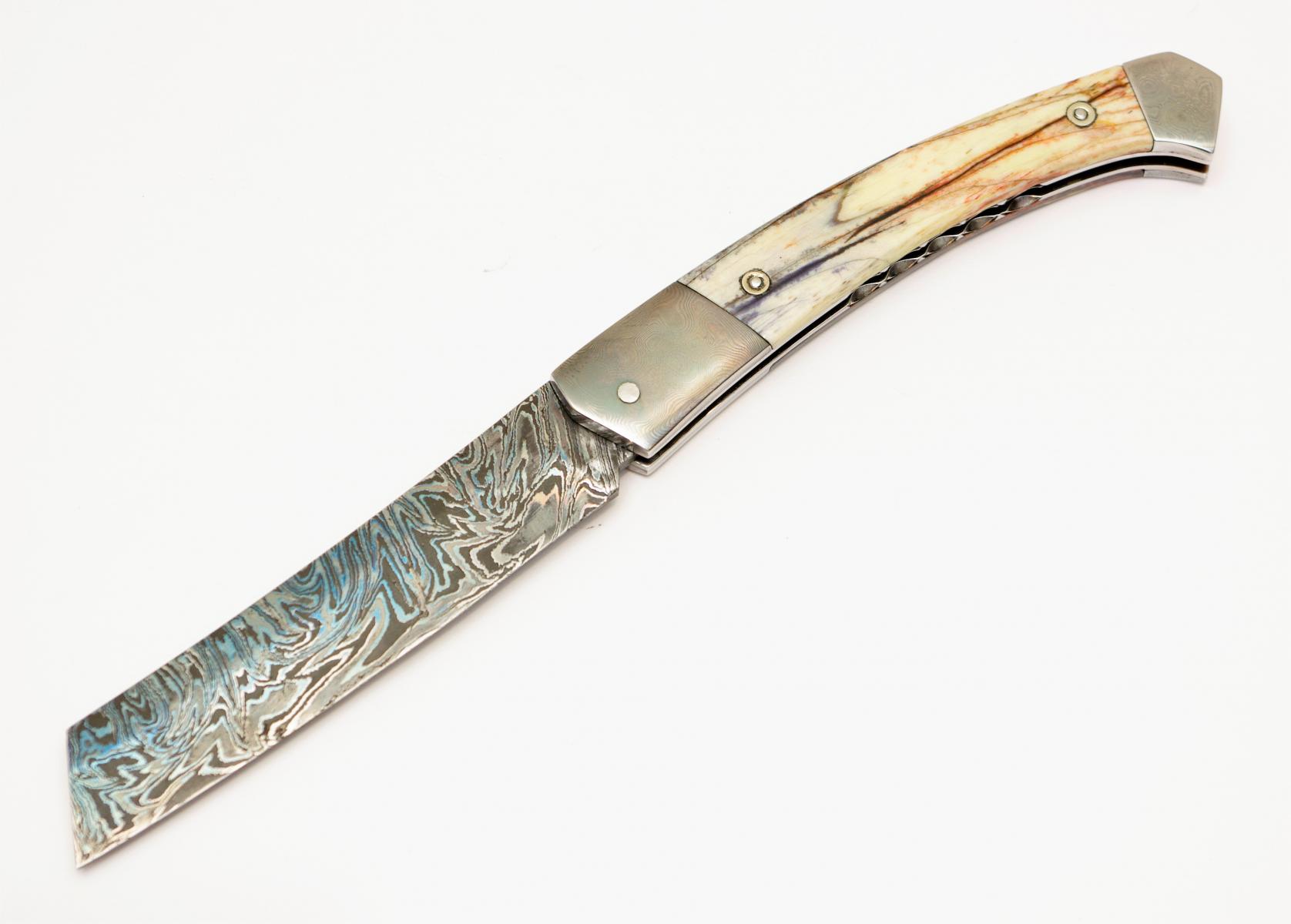 ‘Le Fuji’ by French knife makers the Teymen Brothers.
The model presented here is the ‘Fuji’. It was designed by Mustafa Teymen. He likes razor blades, so he tried to incorporate the blade shape of a razor in a slip joint folding knife. When the first model was ready, it needed a name. The Teymen brothers took the knife to a show and put it on their table, with a request that asked the visitors for suggestions. A knife collector came up with the name ‘Fuji’, after the famous Japanese mountain, because he thought the blade looked Japanese. And with a wink to Thiers’ own mount Fuji, the Puy-de-Dôme, that was the name the model got. 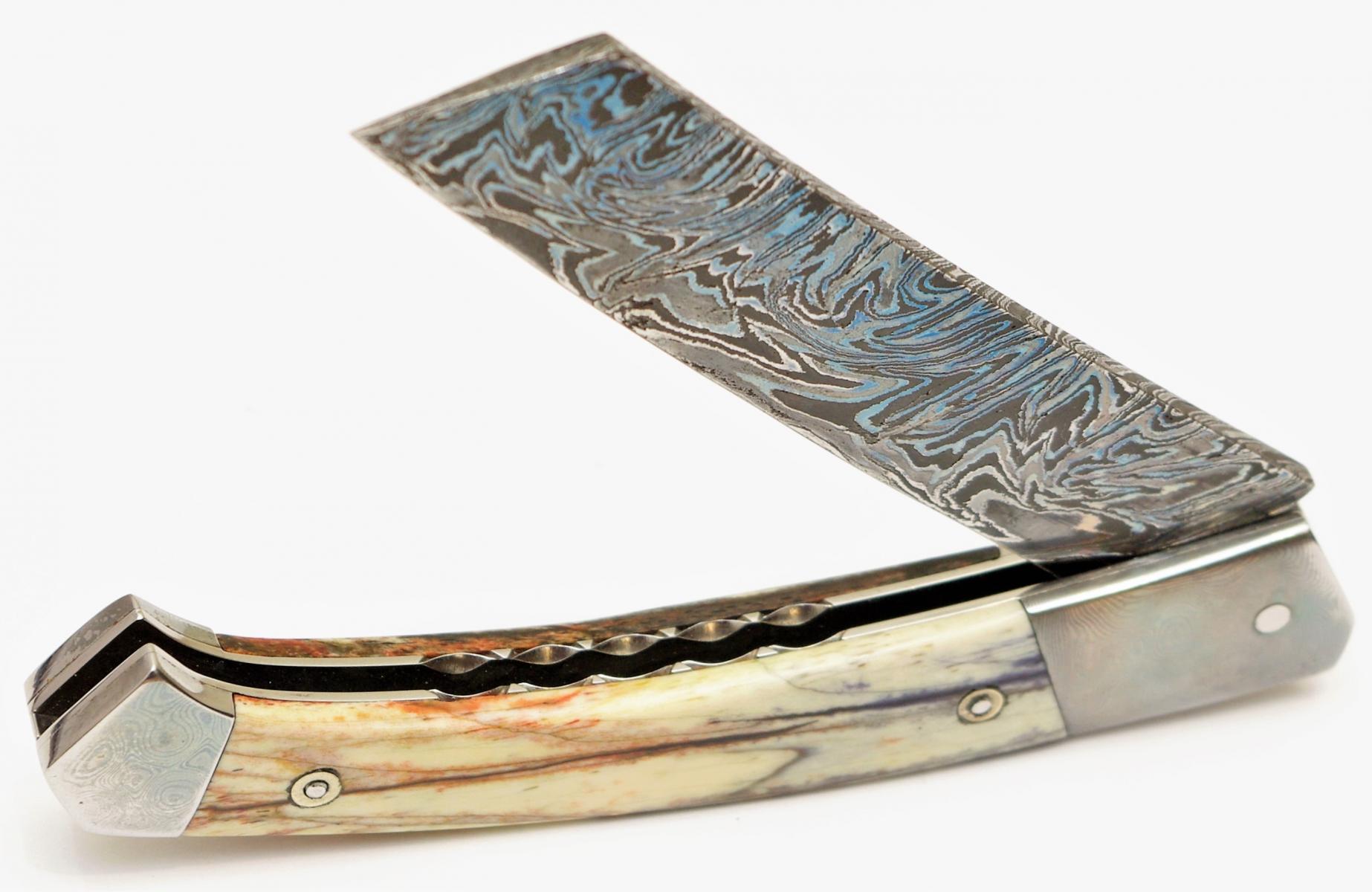 The shape of the Fuji was inspired by razor blades.
The Fuji was introduced in 2015. The Teymen Brothers make the knife with a variety of materials. The one pictured here has a blade of home-made carbon Damask, bolsters of inox Damask, and scales of stabilised giraffe bone.

The Teymen Brothers craft the Fuji with different materials and levels of finish. This one has had file work
done, with a Damask blade and bolsters, and stabilised giraffe bone handles.

Left: Close-up of the liner file work. Right: The model logo and Teymen name, as they appear on a Fuji without a Damask blade.
Our sponsors
Advertisements
Dit is een geprinte versie van de publicatie op