Where do knife makers get their ideas? What inspires their designs? What problems do they encounter in their craft? Our series on custom knives looks behind the curtains. In this issue: the M1 tactical knife by Lithuanian knife maker Andrius Tricius (38). 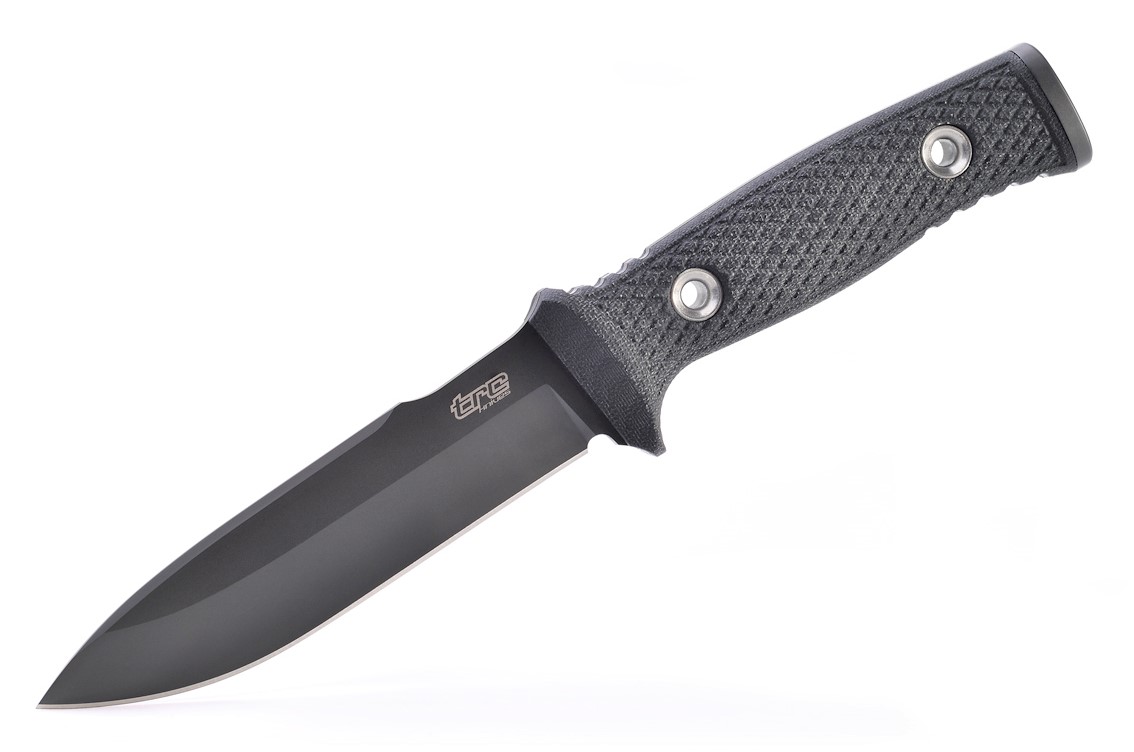 Andrius Tricius’ curriculum shows some interesting jobs. He used to be a ship’s cook and worked as a carpenter in London for 8 years. Always busy, he recalls: “If there was nothing to do I was carving wood with a Stanley knife”. He also ran both a pizzeria and car wash, until he found his vocation as a knife maker.
The reason for this change of profession was more or less the same as with other knife makers. A friend gave him a knife, and he wasn’t happy with the quality, so decided to make one himself. The knife turned out better. Soon, Andrius saw that knife making was fun and moreover, could earn him enough to make a living. After six months of deliberation he decided to buy a €1500 belt grinder and has never once regretted the decision. His company TRC (an abbreviation of his last name), which he founded in 2010 in Ukmerge, Lithuania, now has 5 employees and manufactures 3,000 knives a year, producing 23 models, for the military, outdoor and hunters.

The knife presented here is the TRC Military One (M1), a knife for the military, for Special Forces and for the outdoor enthusiasts. The M1 took over three years to develop and went through several prototype stages. Field trials were held with special operations units. The final model has been approved for military service and carries a NATO Stock Number, NSN 1095-47-000-8653.

The M1 is a full-tang knife made of Uddeholm Vanadis 4 Extra powder metallurgical cold work steel. The 132 mm blade, 4.5 mm thick, has a Diamond-Like Carbon (DLC) non-reflective coating, which protects from corrosion. Before the coating is applied, the blade is sandblasted. The tang has jimping both on the front part of the spine, and the rear part of the belly. The scales are made of black Canavas Micarta, fastened by two stainless flared tubes. The steel pommel is designed to serve as a hammer and glass breaker. The knife has an overall length of 257 mm and weighs 320 g, without the Kydex sheath.