Nino Maglia is a German knife maker with Italian roots, who works under the name Legion XIIII Armorum. One of his products is the EDT Outdoor Tool. 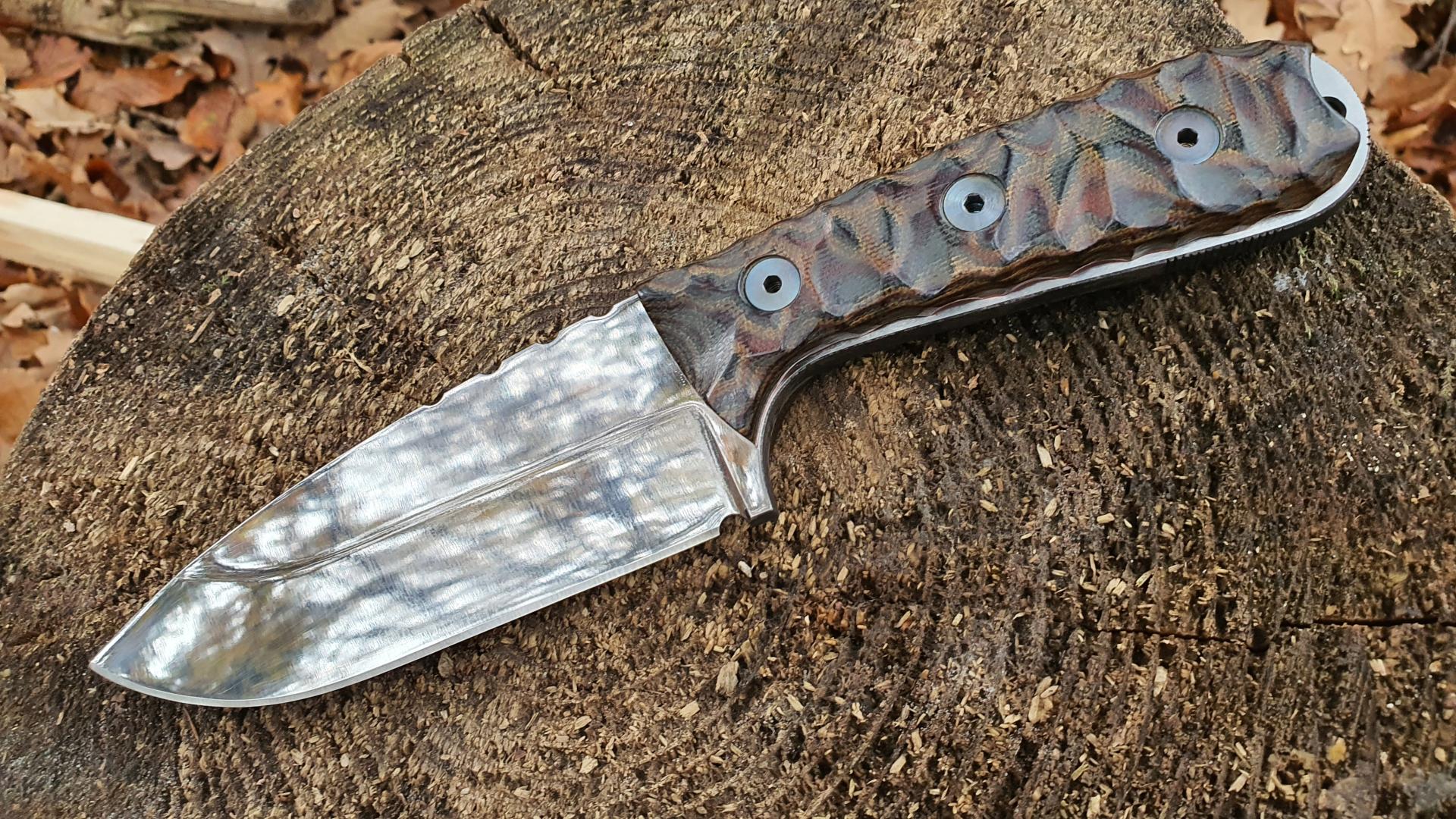 Nino Maglia is a German knife maker with Italian roots, who has long since ceased to be a secret tip in the German knife scene. On the contrary, he is well known far beyond national borders and has a good reputation worldwide.
Even some US Navy Seals used his knives in combat, since they are close to indestructible. I myself drove several times with a fully loaded 18-ton truck over one of his knives and it survived the ordeal. Since then, it has served me very well.
Let's get to ODT, the Outdoor Tool.
This knife was modelled after the French Trade Knife, originally used by the conquerors of the Wild West to trade with Native Americans or to persuade them to help to access the new territories.
The most famous version of this is the Pathfinder Scout by Dave Canterbury (known from the series "Dual Survival") who runs a bushcraft and survival school in Jackson, Ohio, USA.
So far, the ODT is a prototype, of which at present only two pieces exist. However, Nino Maglia wants to build it in series. Handmade in Germany under his brand name Legion XIII Armorum.
The ODT has a 13cm blade from 1.2519 Wolfram Tool Steel, oil hardened to 61 HRC. Blade thickness is 6mm. The recessed Python Micarta handles with red volcanic liners have a “Caveman” finish are fastened with anodized hex screws. The overall length of the knife is 25cm and the weight is 400 grams (650 grams with sheath). The sheath is made of black Buffalo Leather with red wax stitching. 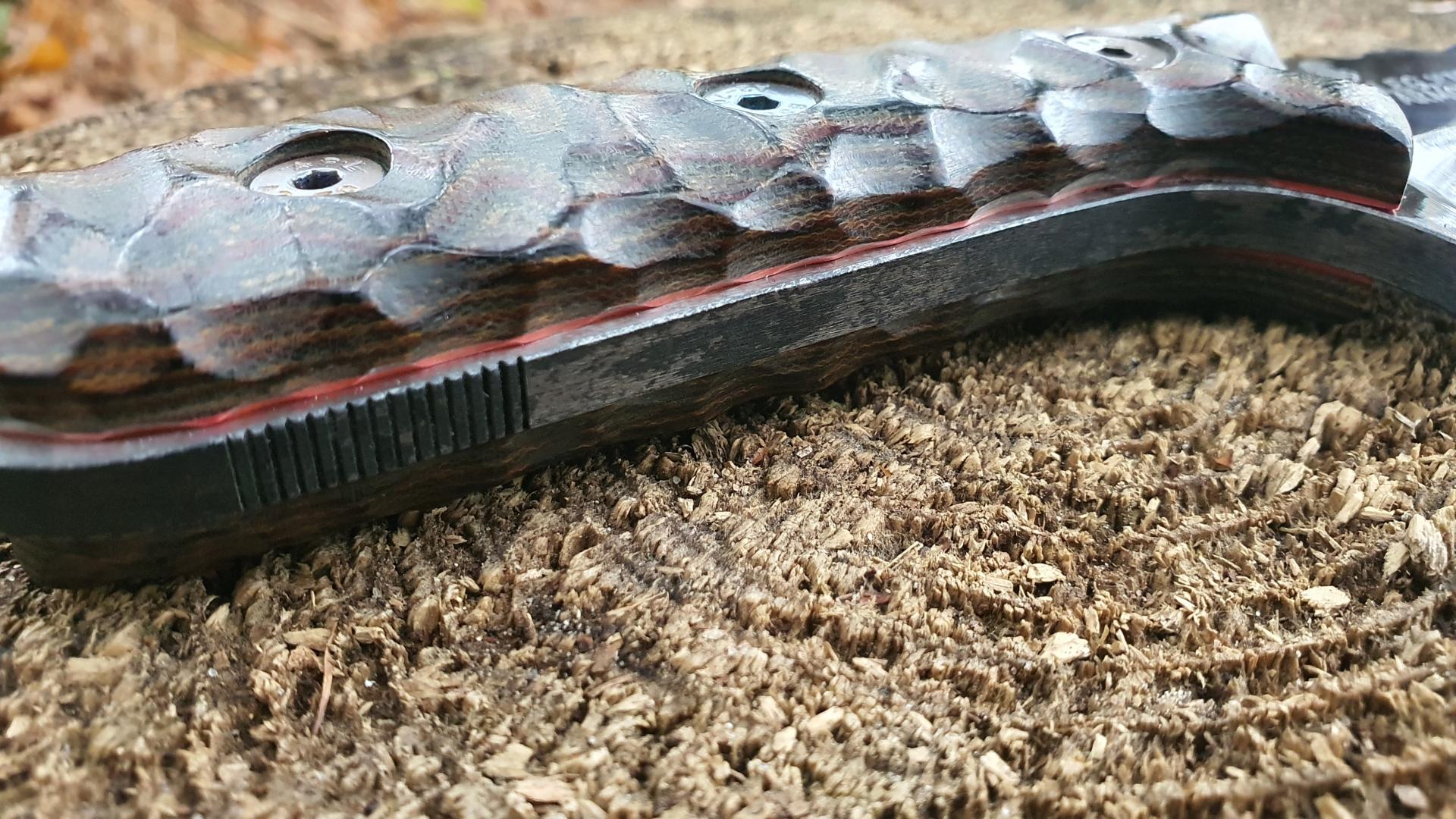 In each of my tests, the ODT knife performed very well. Batoning in longitudinal and transverse direction to the wood: without problems. The rather wide blade with a secondary grind of 0.85mm on the sabre grind nonetheless gave a cutting-edge performance. The recessed handles with the Caveman finish gave a full hand support. The handle finish convinced through the lack of hotspots on the hand.
The ODT was able to perform finer cutting jobs without any problems. The blade has a 90 degrees spine, which allows easy use of a fire steel. The fire steel can be kept in a separate pouch on the leather sheath, next to a hexagonal key for loosening the handles. The sheath has an optional removable bag for a small EDC flashlight and a ceramic grinding rod (10-12 mm). The sheath is Molle-compatible. 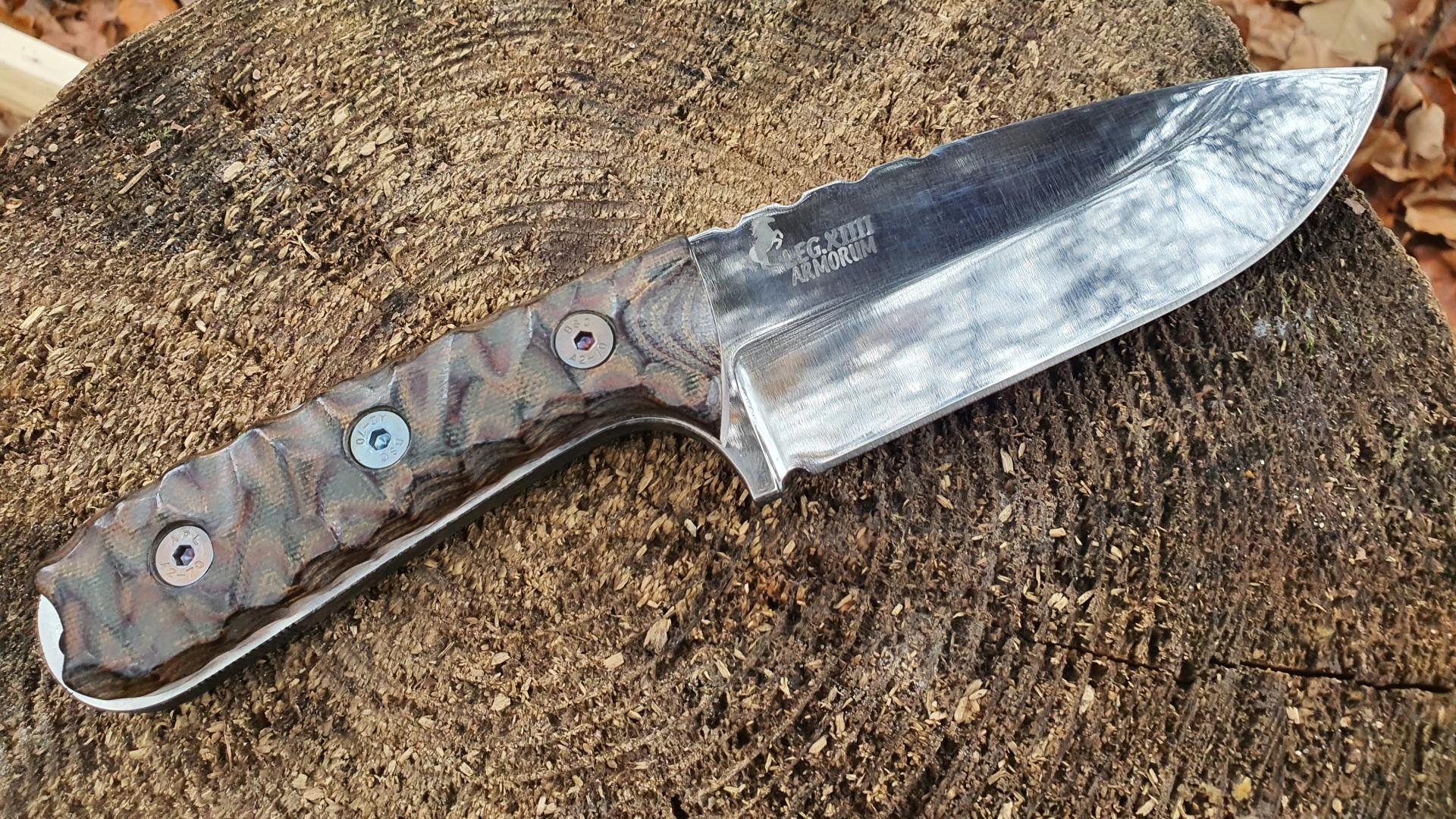