The Liadou (which means “binding tool”) is the traditional knife of French winegrowers in the Aveyron region. It is also a simple, robust and functional tool for everyday use, made by a relatively new company. 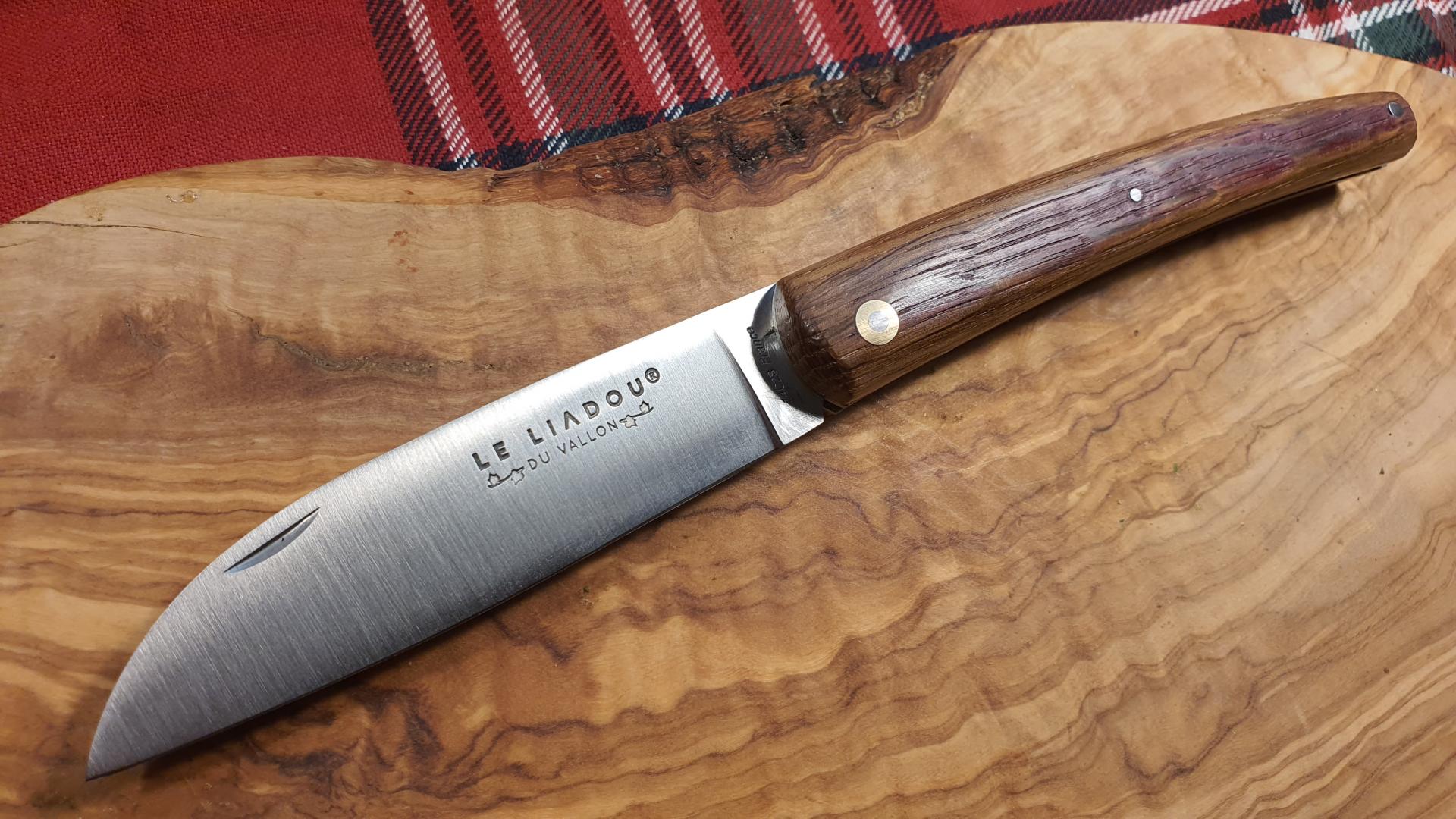 Nicolas Julvés founded his company “l’Atelier du Liadou du Vallon” in 2016, after he left one of the largest French cutlery companies at his own request. He wanted to live his own dream instead of fulfilling other people’s dreams. Since then, the small family business has been manufacturing the Liadou knives in its own atelier in Marcillac-Vallon in Aveyron.
“Le Liadou du Vallon” is an authentic winegrower's knife. Its name means “binding tool” in Occitan. It was once used by the Marcillac winegrowers to split the willow branches and "bind" the vine for crown pruning.
Thanks to its pleasing shape, the Liadou has a very classic aspect, according to which knives are still made today. The safe looking sheep's foot blade rests in the resort without impact and forgives accidental shutting down when closed. As a standard, the Liadou comes with a 14c28 Sandvik steel or the xc75 carbon steel blade, which have been the standard in French knife making for many years. The knife has steel liners with handle scales. In addition to the ones from barrel oak shown here, there are the following variations of handle material: Juniper, Boxwood, Olive Wood and Ebony, as well as dark and light horn tips and bones. 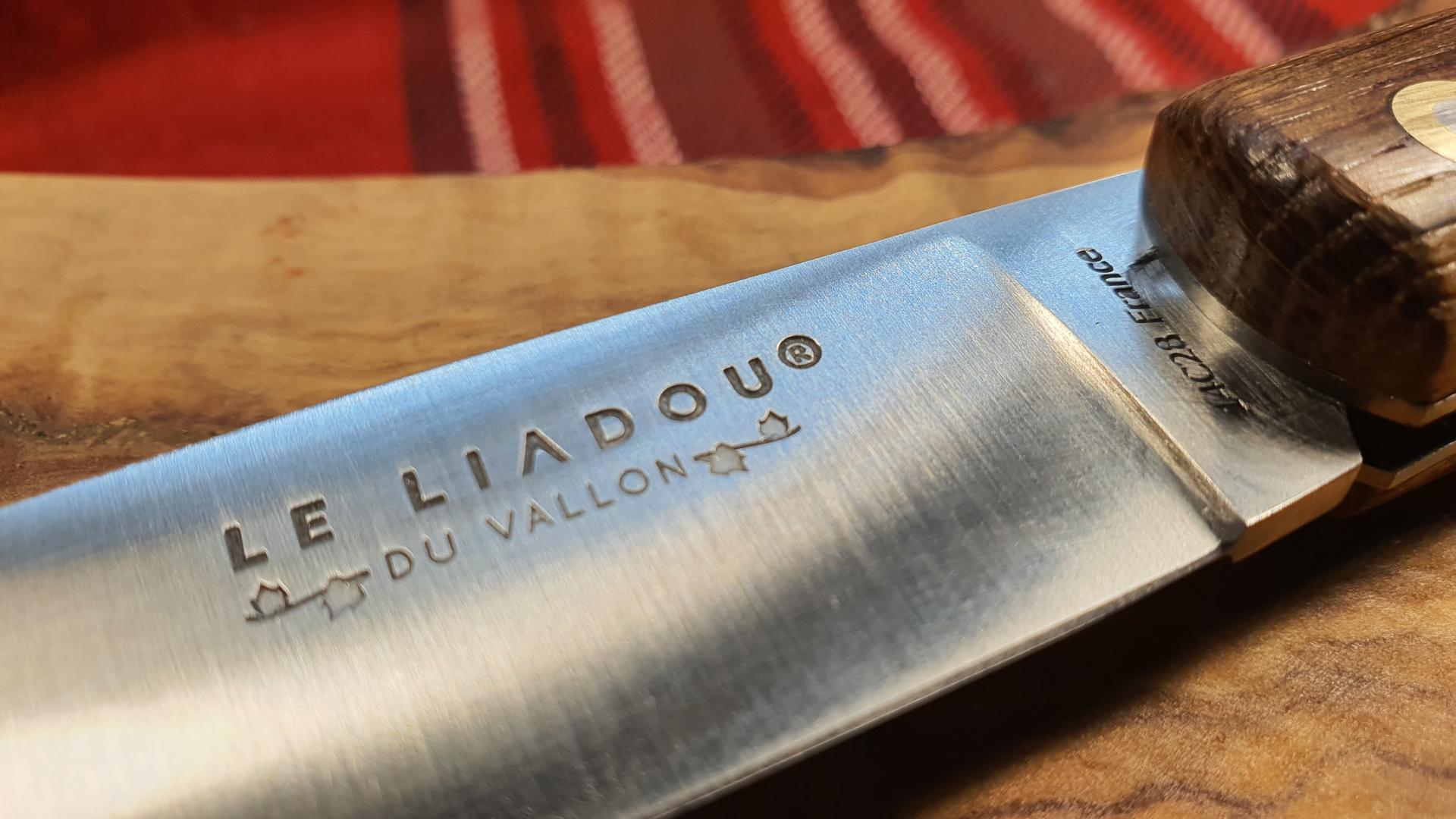 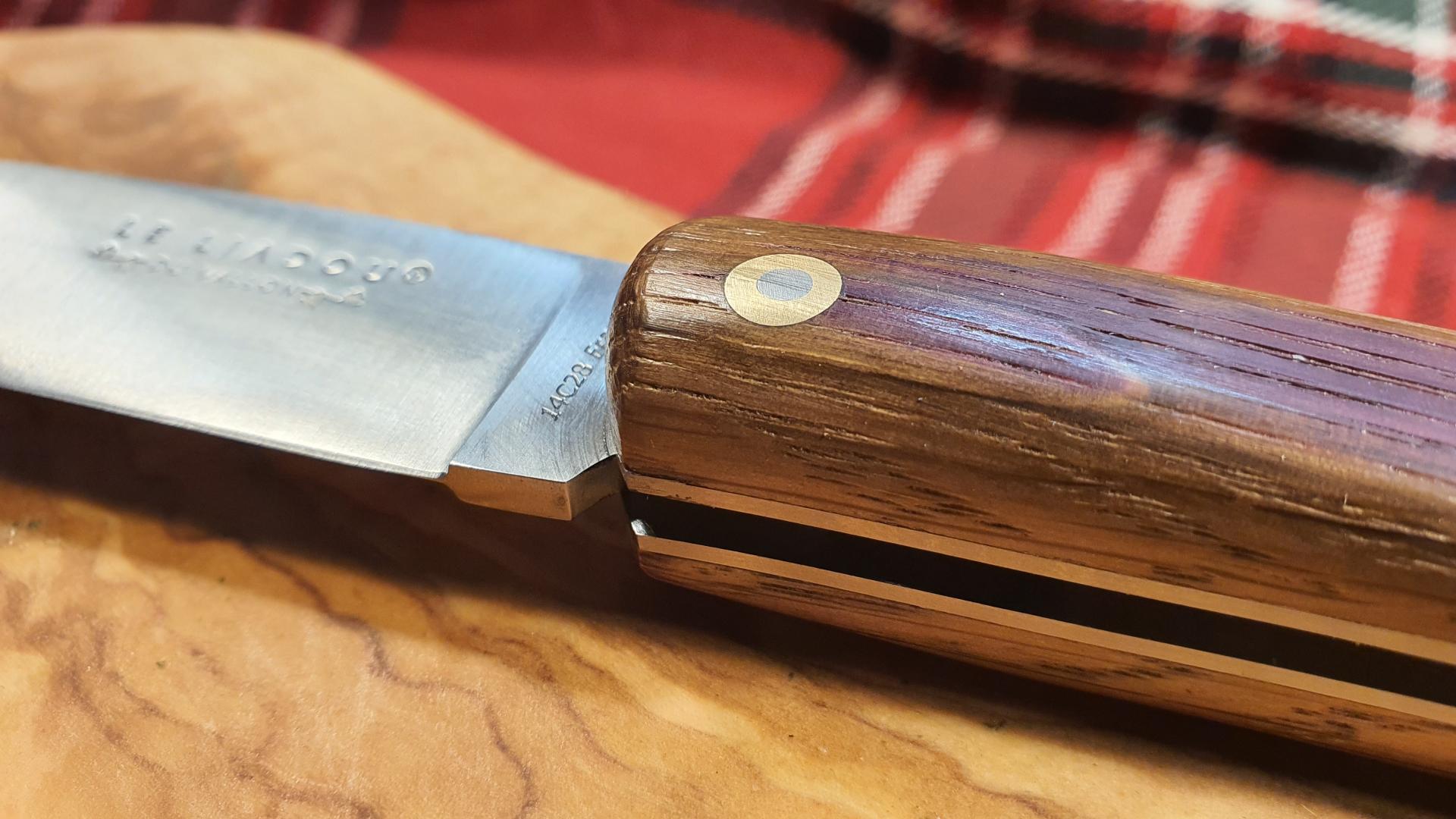 Our large model, with a 12cm long handle, has a 9.5cm long blade, with a thickness of 3mm. The Liadou is also available in a smaller version with a 10.5cm handle and an 8cm blade length, with a thickness of 2 mm.
In our practical test, the Liadou proved to be a suitable everyday companion, which performed well both in everyday life (at work, during lunch break) as well as in the kitchen. The edge retention turned out to be more than sufficient, which indicates a very good heat treatment.
As expected, the workmanship was perfect: blade position 100% centered, no gaps and the rivets masterfully set and without transitions to the handle material. The axe rivet was also provided with a rosette in order to better distribute the forces that act on the axe rivet and the wood during harder use.
The back spring held the blade reliably in the handle, but also in the open position without any problems. An excellent knife for everyday use, which in many countries can also be used for easy carrying every day. There are also table knives in the typical Liadou shape. The manufacturer promises a lifetime guarantee on workmanship and material. 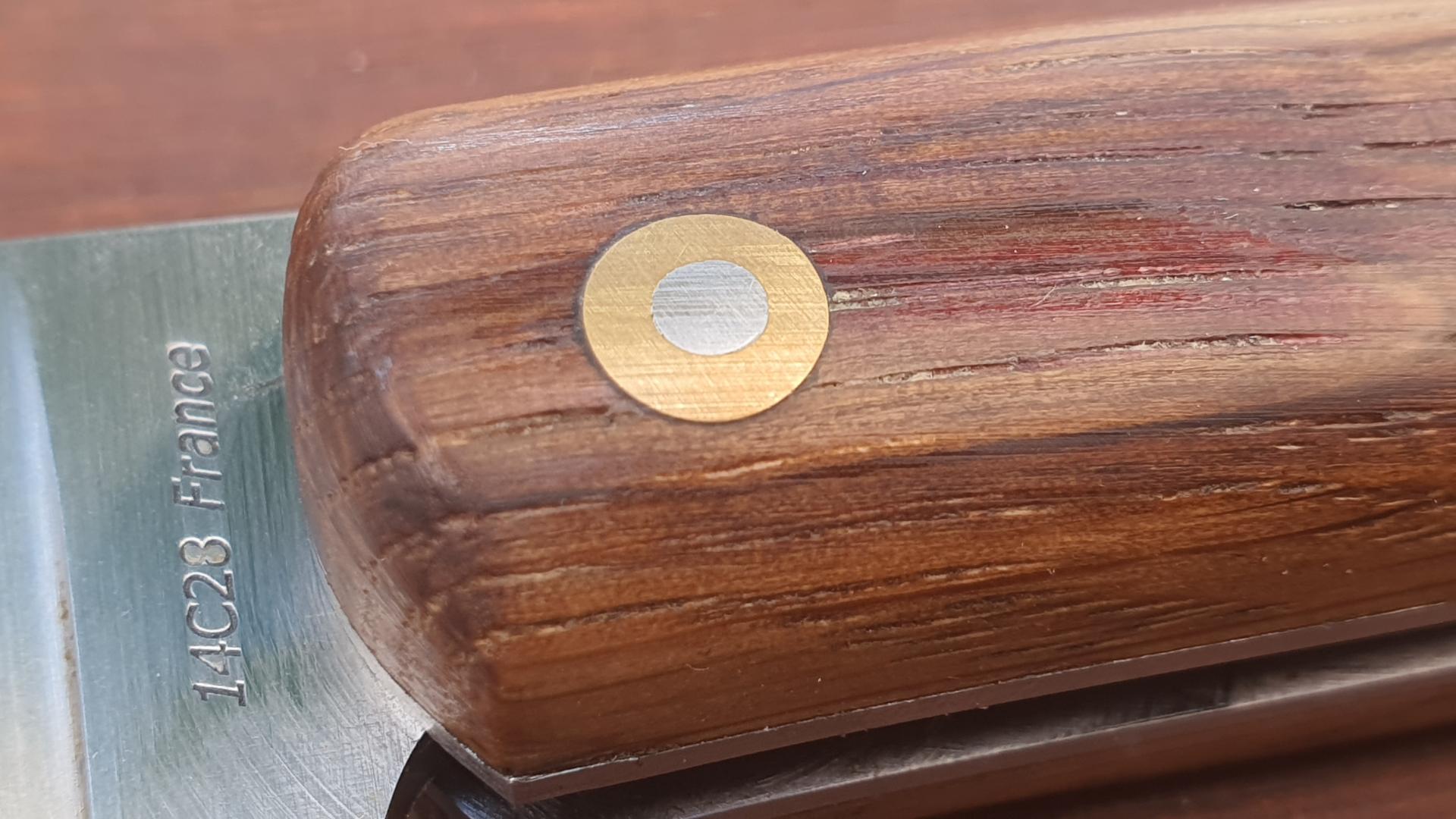 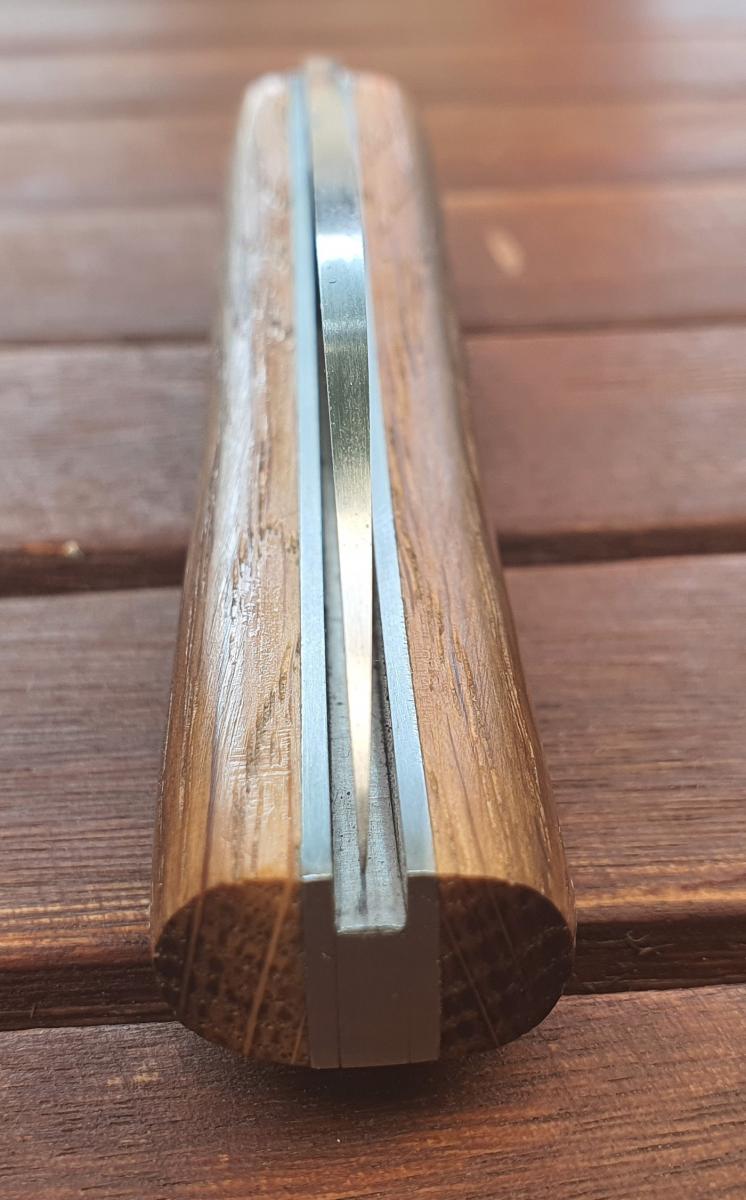 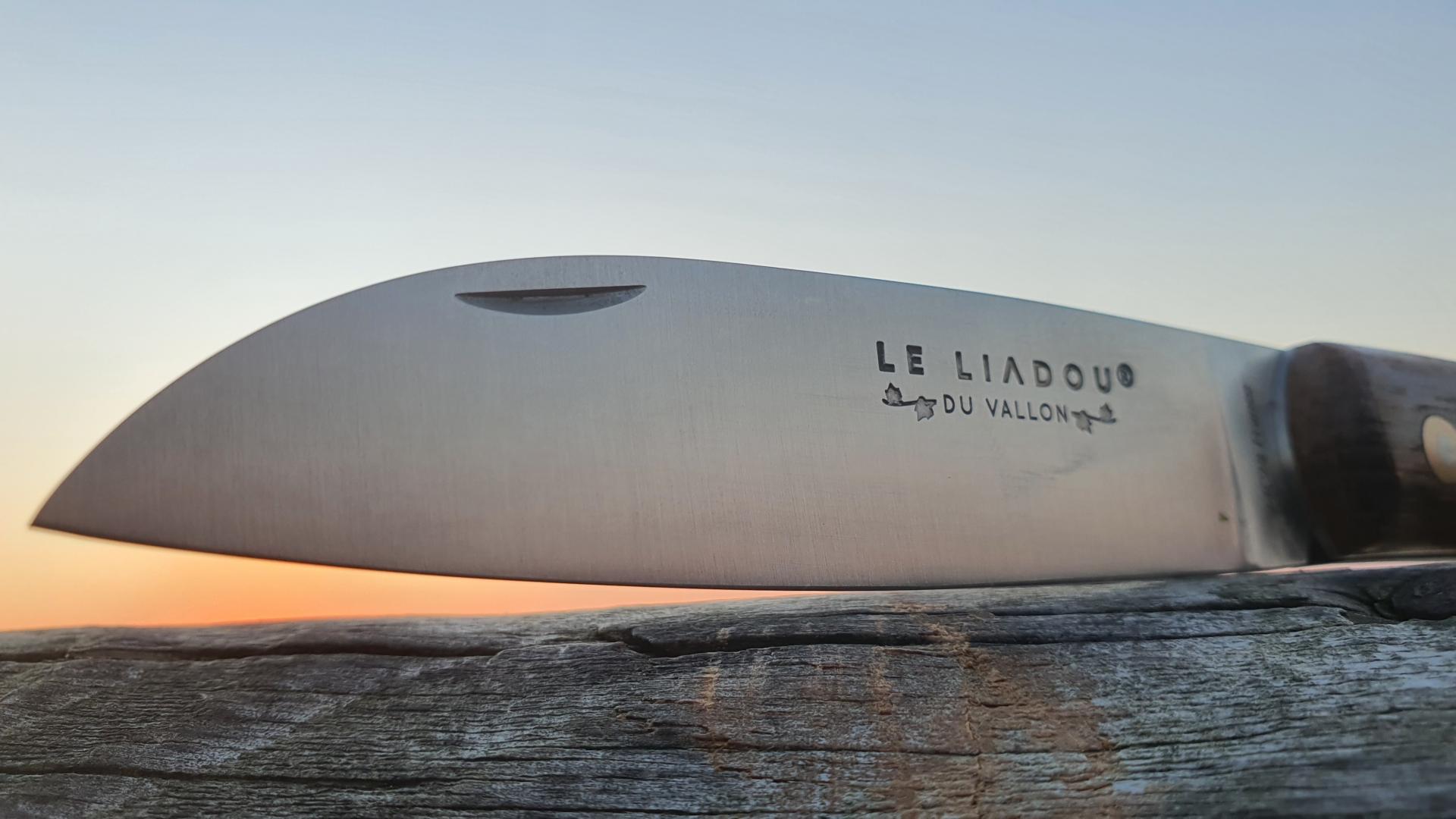