The multitool as we know it, consists of a series of tools grouped around a pair of pliers; that is what Tim Leatherman developed in the late nineteen seventies. But multitools in the literal meaning of the word have existed much longer.
In October, 1942, the Gustloff Company in Weimar and its chief designer, Carl Barnitzke, got German patent 766198 for something which was simply described as an ‘Armeemesser’ (Army knife).
The invention consisted of a knife or bayonet with a storage space for a multitool in the handle. This multitool was a device which consisted, as pictured in the patent drawings, of a screw driver, tin opener, reamer and a cork screw. The idea was that the owner of the knife/bayonet would always have a small tool box at hand, without needing a special pouch or place to carry it. As the knife/bayonet and multitool could be separated, both could be used individually. The patent suggested to make the knife/bayonet handle from sheet metal, to diminish the weight and allow for a bigger storage space.
The multitool is shown in figure 1 of the patent drawings. Figure 2 shows the knife/bayonet handle with the multitool halfway inserted. A notch (7) on the front hooks in  a recess (8) inside the handle. Figure 3 shows the multitool in place. It is kept in position through a locking lug (3) on the rear of the lever (1). Closing the lever locks the device in place. Opening the lever releases the multitool.
Barnitzke’s invention was adopted by the German Army as the Seitengewehr 42 (Bayonet 42), but production was limited to a few thousand pieces, apparently made by Carl Eickhorn in Solingen. 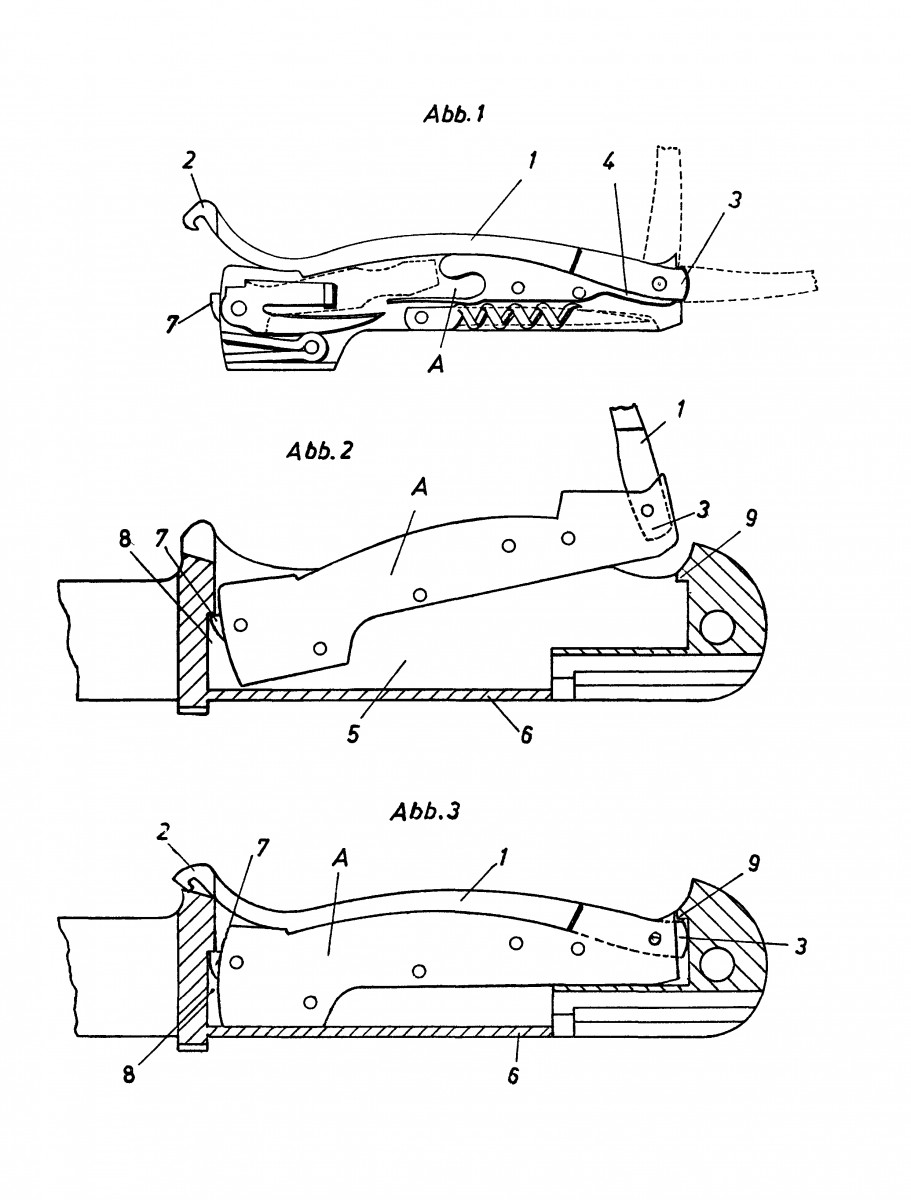