From this issue onward, European Blades Mag will report on new production knives. A selection of new knives that we encountered at the IWA OutdoorClassics, the annual trade show in Nuremberg held this year from March 9-12, will mark the start.
For manufacturers: information and pictures of new knife models can be sent to info@europeanblades.com.

Böker Damascene
Every year, the German Böker company presents a new model in their Damascene collection. The Damascene year knife for 2018 is based on a classical hunting pocket knife, with a single blade. The Damascene is from the American blacksmith Chad Nichols, the bolsters are Berlin silver and the handle scales are made of Desert Iron Wood. Overall length is 196 mm.

Junior Scout
Böker has been making Scout knives for over 30 years, starting with a full-size Scout Knife with an 8 cm blade length. It was accompanied by the Boy Scout (5.7 cm blade) in 2015. This year, the family has been expanded with the Junior Scout, which has a blade length of 7 cm. There are three models to begin with, differing only in handle materials: Rosewood, Thuya and deer stag. 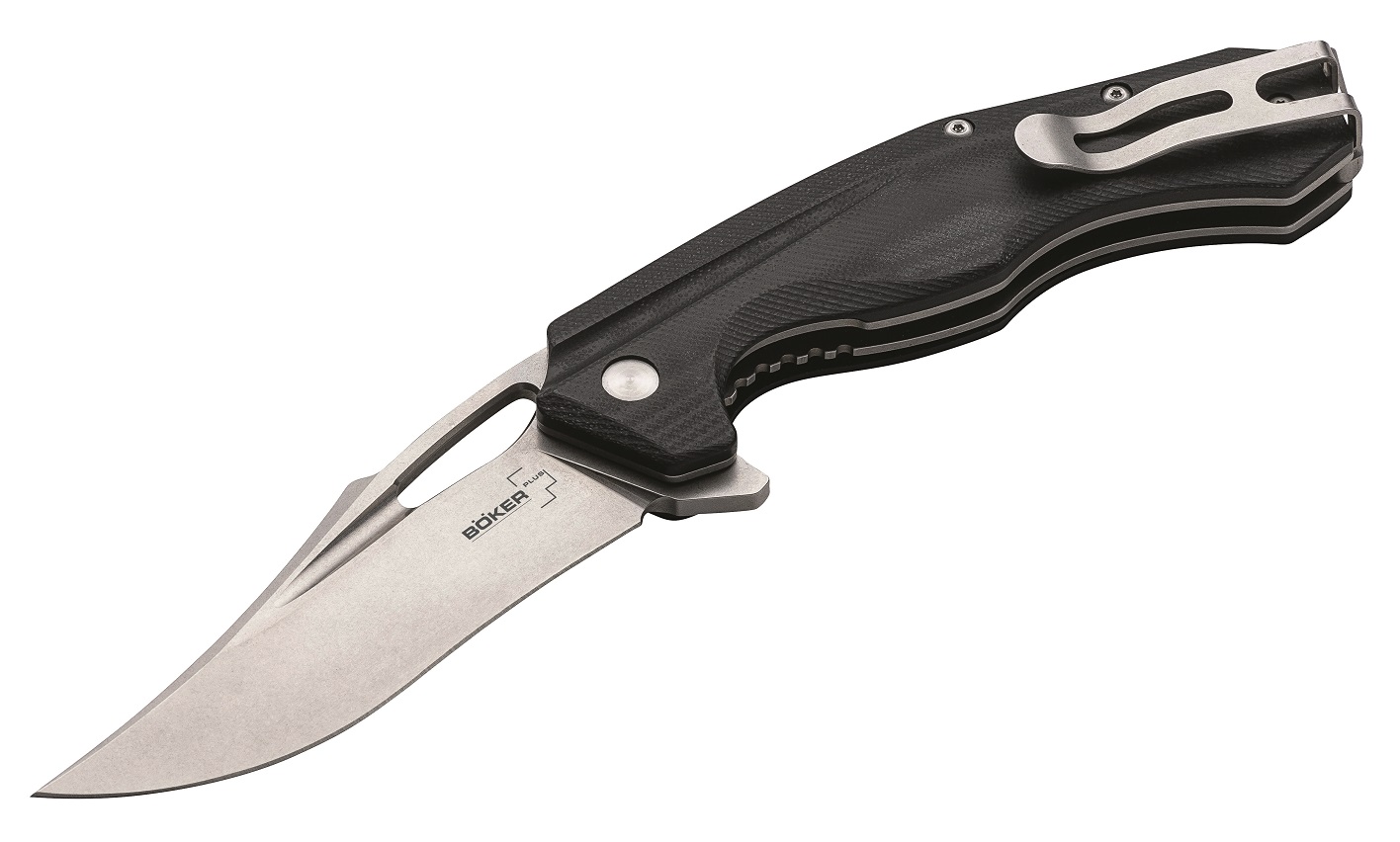 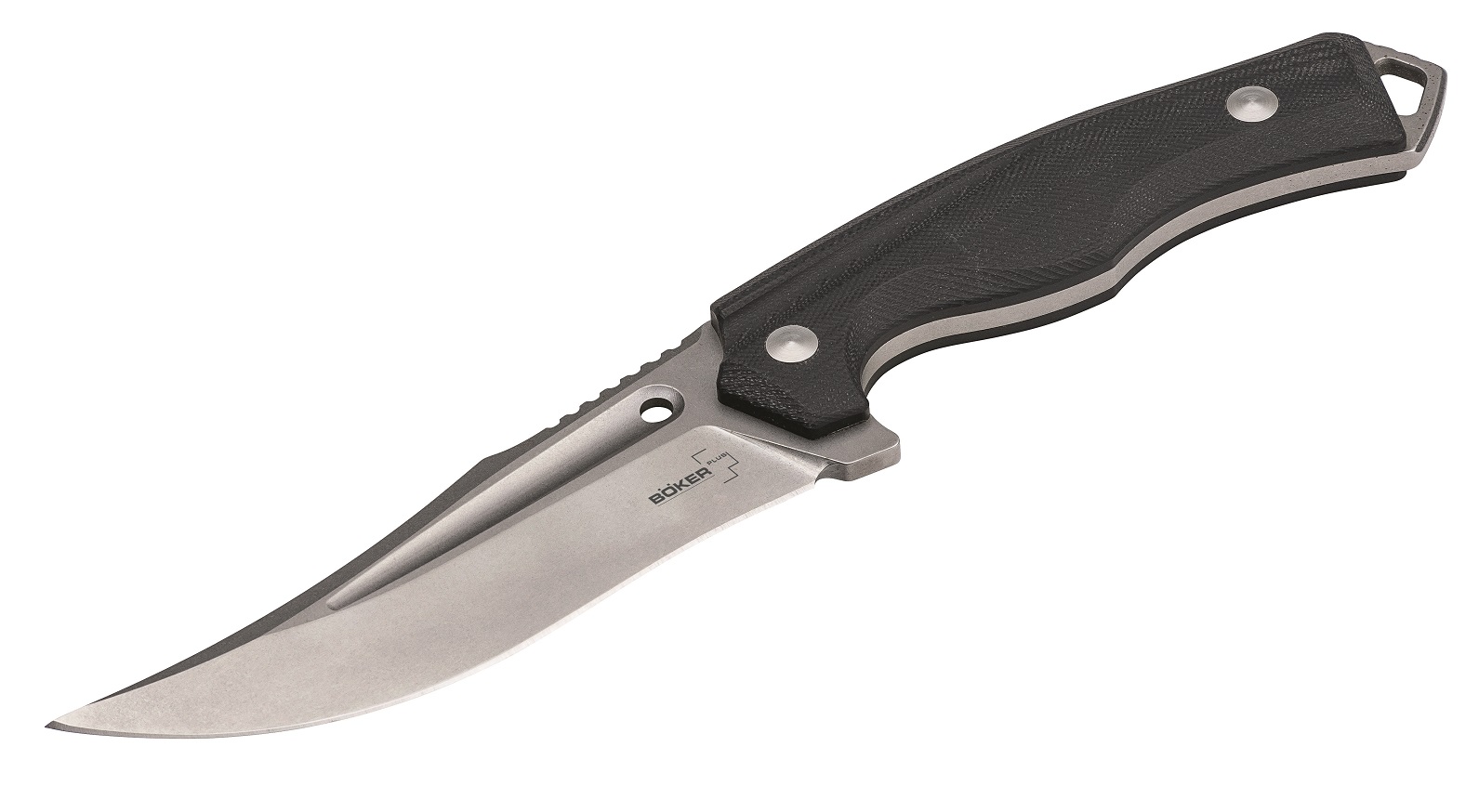 Wildsteer SAS NG
The French knife company Wildsteer presents the SAS NG (New Generation) dagger, developed in conjunction with the French 1st Marine Infantry Regiment as a tribute to the SAS dagger from the Second World War. The full-tang knife is made of N690Co stainless steel, with a 137 mm blade. The symmetrical handle is made of Tactipren and has a window-breaker in the pommel. The sheath is made of PPOM and Nylon, is MOLLE compatible and can also be worn with a thigh strap. The overall length of the knife is 269 mm. It weighs 290 grams and the sheath is included.

Wildsteer Tarasco
The Wildsteer Tarasco was designed following the advice of the 13th French Parachute Dragoon Regiment, a unit of the French Special Forces. The design was made for a combined bushcraft and tactical use. The 130 mm blade is made of X46Cr13 stainless steel, 4.8 mm thick. The handle is made of Kraton and the sheath is nylon. The rear of the handle has a batoning zone, the double full-guard offers total protection. The combined weight of knife and sheath is 410 grams.

Karlican
The Wildsteer Karlican is a cooperation between Wildsteer (manufacturing) and Kmaxrom, a French knife maker who also designed the new Fox Pelican. The Karlican is a fixed integral, made of N690Co, with an 80 mm blade, 5 mm wide. The handle is wrapped in 550 paracord, in either black, Urban Camo, Orange-Black or Blue-Black. The knife comes with a Kydex sheath.

Opinel Black Edition
Opinel goes tactical? You might say so, looking at the Opinel No. 8 Black Edition. Blade and Virobloc have a black coating, and the handle is made of Wenge wood, which gives it an overall dark appearance. This limited edition comes in a special gift box. Like the other No. 8 models, the stainless blade is 8 cm long.

The Opinel No. 8 Black Edition.

Herbertz
C. Jul. Herbertz GmbH in Solingen, Germany, is a wholesaler’s which represents most of the major European knife companies. Herbertz has an own knife line as well and since the company exists 150 years, it brings out eight special jubilee knives, in limited editions from 50 to 999 pieces. The one pictured is a backlock folding knife with a 77 mm Damascene blade and Cocobolo handles, inlaid with a 150th anniversary emblem. The knife comes in a numbered edition of 150 pieces.

One of the Herbertz special edition knives, on the occasion of the 150th anniversary of the company.

Mora Eldris
The Swedish knife company Mora presents a collector’s edition of the Eldris. Only a limited number of the knife has been produced and it will only be available in 2018. The 2018 Limited Edition in Aubergine is set to be the first of many different colours. The blade is 2 mm thick and 59 mm long. This means that the knife is simple and efficient to keep in your pocket or rucksack. The Eldris is available in a standard version or with an accessories kit.

The Mora Eldris collector’s edition in Aubergine, with the accessory kit.

Swiza Tick Tool
Over the last few years, ticks have become a menace in rural Europe. They can transfer Lyme’s disease, so it is very important to remove a tick completely and as quickly as possible. To this end the Swiss knife maker Swiza has equipped its knives with a useful tool. Aside from their regular tools, the TT03 and TT05 come equipped with a plastic tick tool with an integrated magnifying glass, so the bite site can be checked properly after the tick has been removed. The tick tool can easily be replaced if necessary. Both pocket knives are available in red, black, camo orange and camo green.

The Swiza TT03 with on the left the Tick Tool.

Deejo DIY
French knife brand Deejo brought something new to the table a few years ago: the possibility to order ‘tattooed’ blades whereby customers could choose from dozens of motifs. Deejo has taken this idea one step further by introducing the “Tattoo you Deejo” set. It consists of three different wooden grips, an unfinished blade for practice, and a battery-powered engraving tool to make your own design. 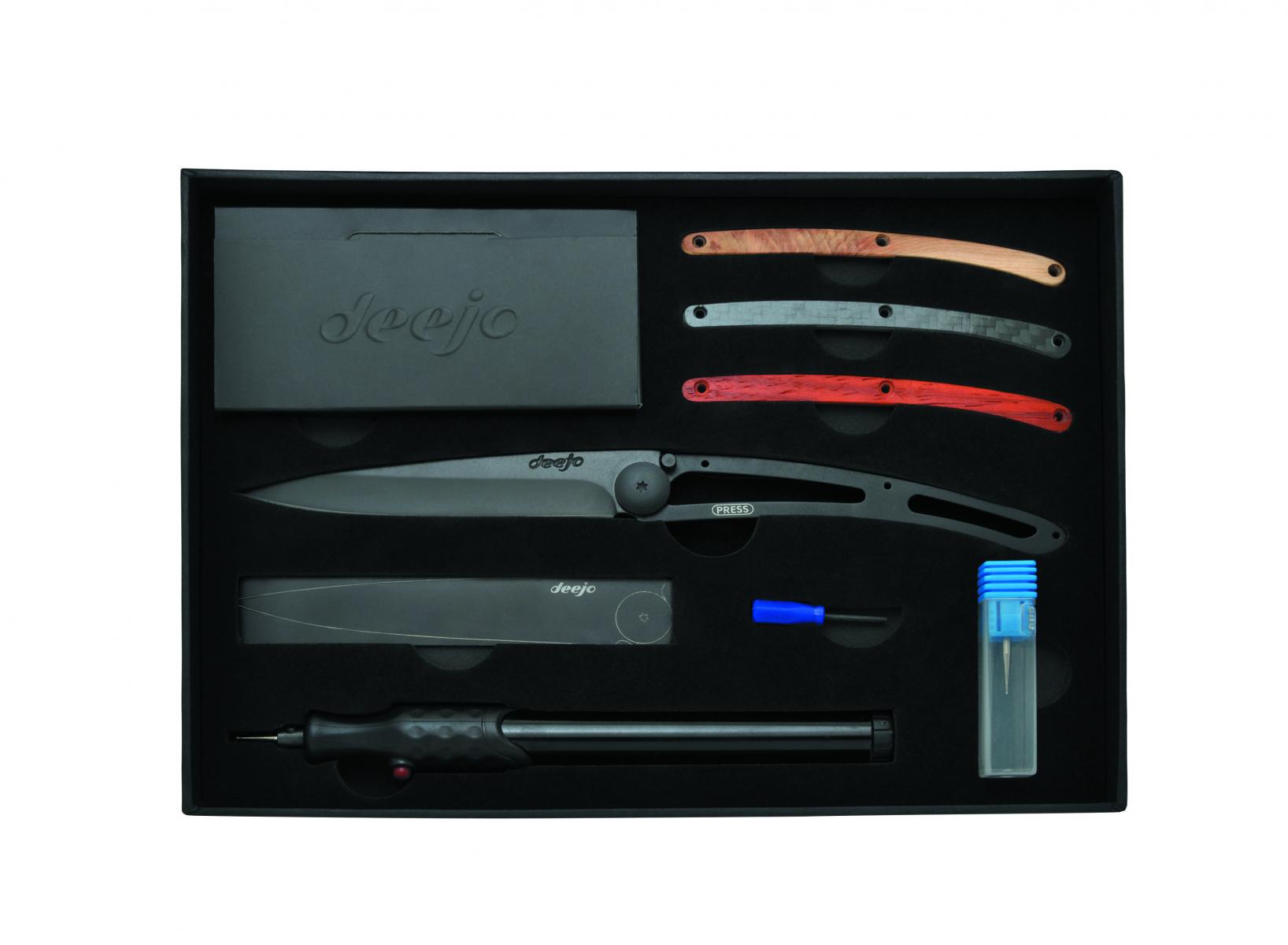 The “Tattoo you Deejo” set.