Some time ago, European Blades Mag received a mail from Mr. Alkiviadis Tsafos from Greece, who explained a few things about the situation of knife makers in his country. His information may be of interest to our readers, so we asked him to elaborate a bit more. Here is his story.

Text and pictures Alkiviadis Tsafos
Greece is a country that has a very old tradition in knife making, that has been worked on since the ancient times. In modern times, due to the Greek people moving to the cities and the change of their way of living, the knife has ceased to be a necessary tool or even an accessory to their earlier customs. Another inhibiting factor is the Greek law, which considers knives as arms and forbids the carry and use of knives without reason. Nonetheless, knife making tradition has survived, mostly in Crete, Lefkada and some islands in the Aegean Sea.

Alkiviadis Tsafos, president of the Greek knife guild, at a hunting show. Until now, these were the only
occasions to present his knives.
In 2007 a few amateur knife makers started experimenting out of respect for the tradition, but also with a passion to discover other cultures in knife making and different styles of blades. The first years were very difficult. We had to find the necessary tools, materials but mostly the 'how-to', the process to make belt grinders, propane forges, electric furnaces, etc. Another problem that had to be solved, was the steel supplies, and the heat-treating processes. All these were a huge expense in both terms of time and money, for these first knife makers, who shared the information to the next, through the Knifes and Blades Greek Forum K.B.GR.F. at greekblades.com.
The K.B.GR.F. started in 2010 and nowadays has about 3500 members. This forum is a platform where members can post details about their knives and other constructions, they present their research and conclusions of their studies of international knife making. In the forum you can for instance see the very first attempts in Greece for making hand-forged Damascus blades and the making of wootz steel. Moreover, the forum hosts a very informative library for those who are passionate and want to learn about knife making, albeit the very first steps or something further down the line. 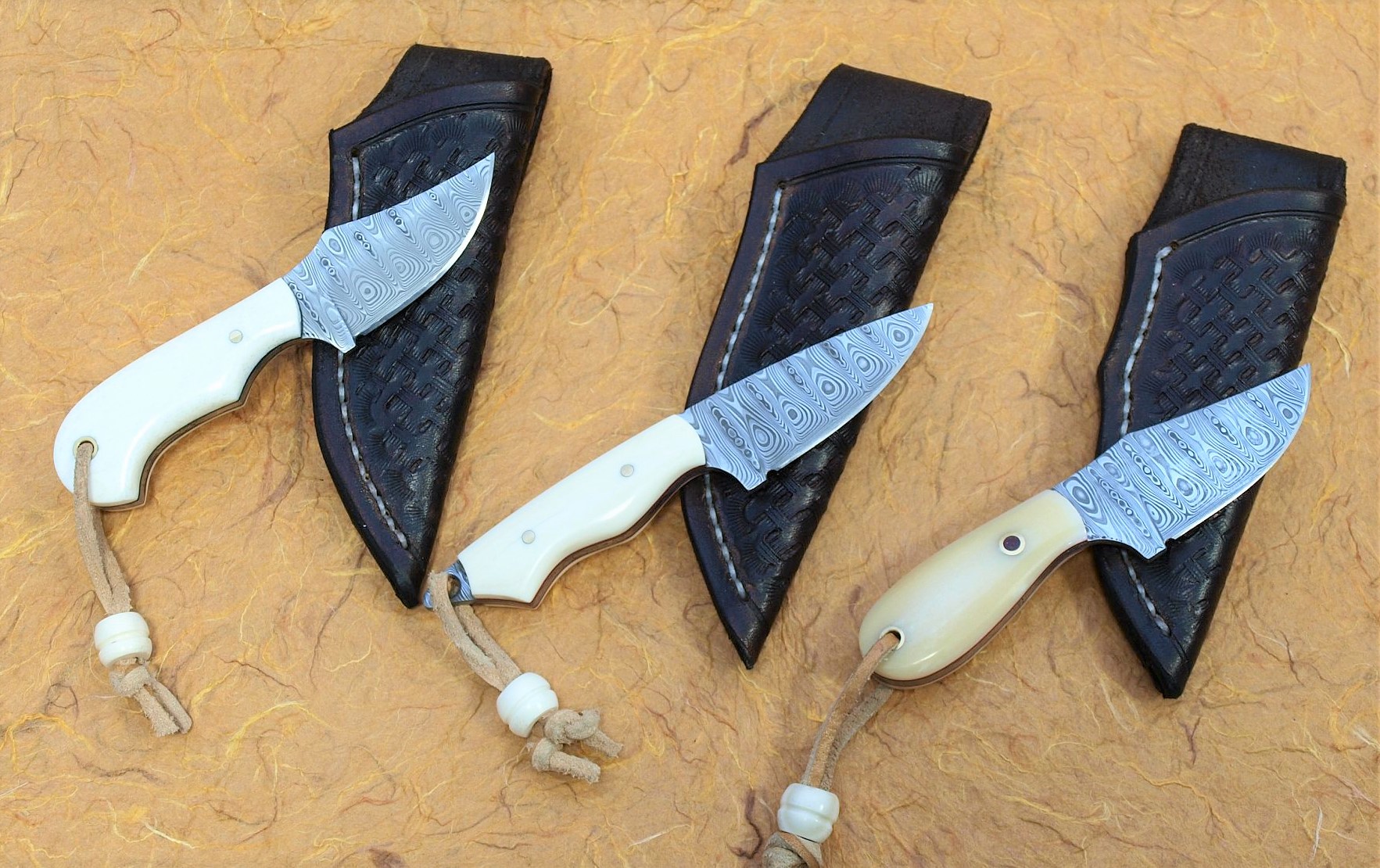 Three small damasteel knives.
The Greek market of knives is a small one, mainly due to the prolonged economic crisis. Most people express their interest in knives but only a small share can afford to buy one. By the beginning of 2018 the founding of Greek Knifemaker's Guild is an attempt to promote the art of knife making and to present the knives to those who want and can afford one. The GKG, of which I am the first president for the next two years, has 25 founding members and those who are interested in becoming members must pay a small contribution. 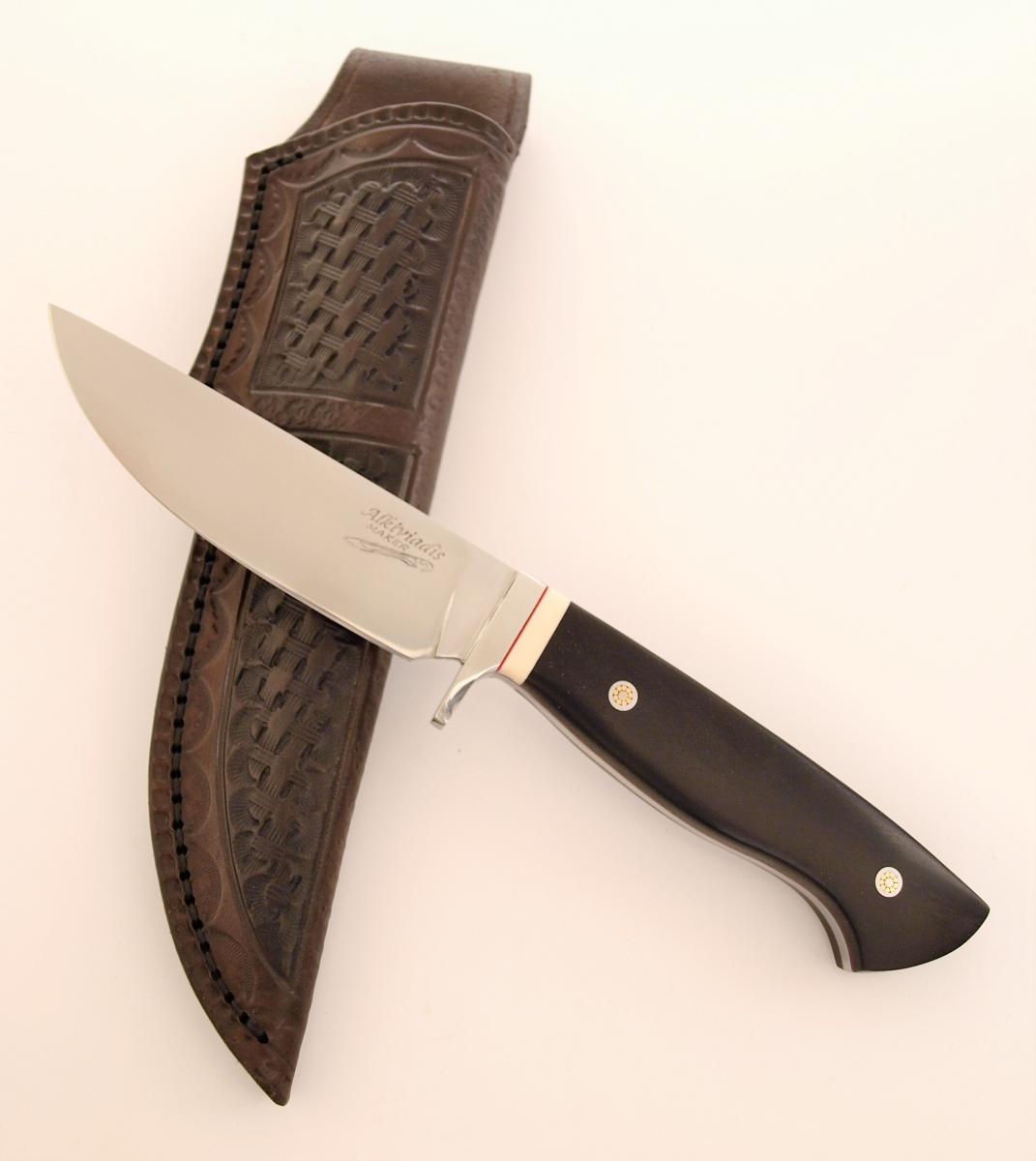 Hunting knife from 440C steel with an ebony handle.
The first knife show in Athens is set for 18-20 of May 2018, when around 15 knife makers will present their knives to the public. A great knife show will be organized after summer, where every knife maker will be able to participate. 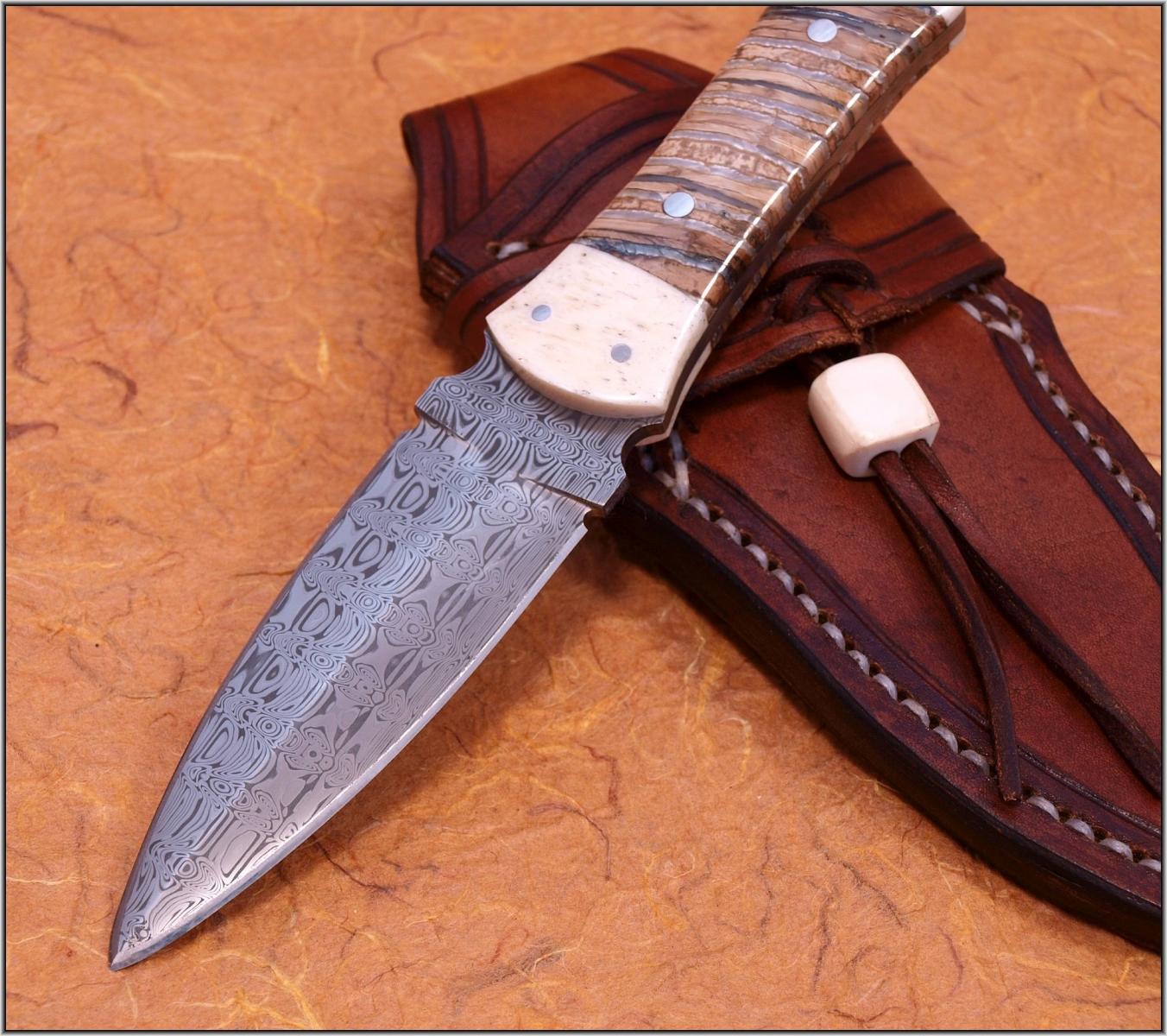