Böker Magnum 2020
The German Böker company has several special knife series. One of these is the Magnum Collection, which was started in 1990. This exist of a yearly limited edition of a specially designed knife. For the 30th edition, Böker sought cooperation with German knife maker Dietmar Pohl, who designed two knives for the most recent Rambo movie, Last Blood (European Blades Mag. # 28). Pohl’s Böker Magnum Collection 2020 is a full-tang knife with a 18 cm D2 spear point blade and G10 handle scales. 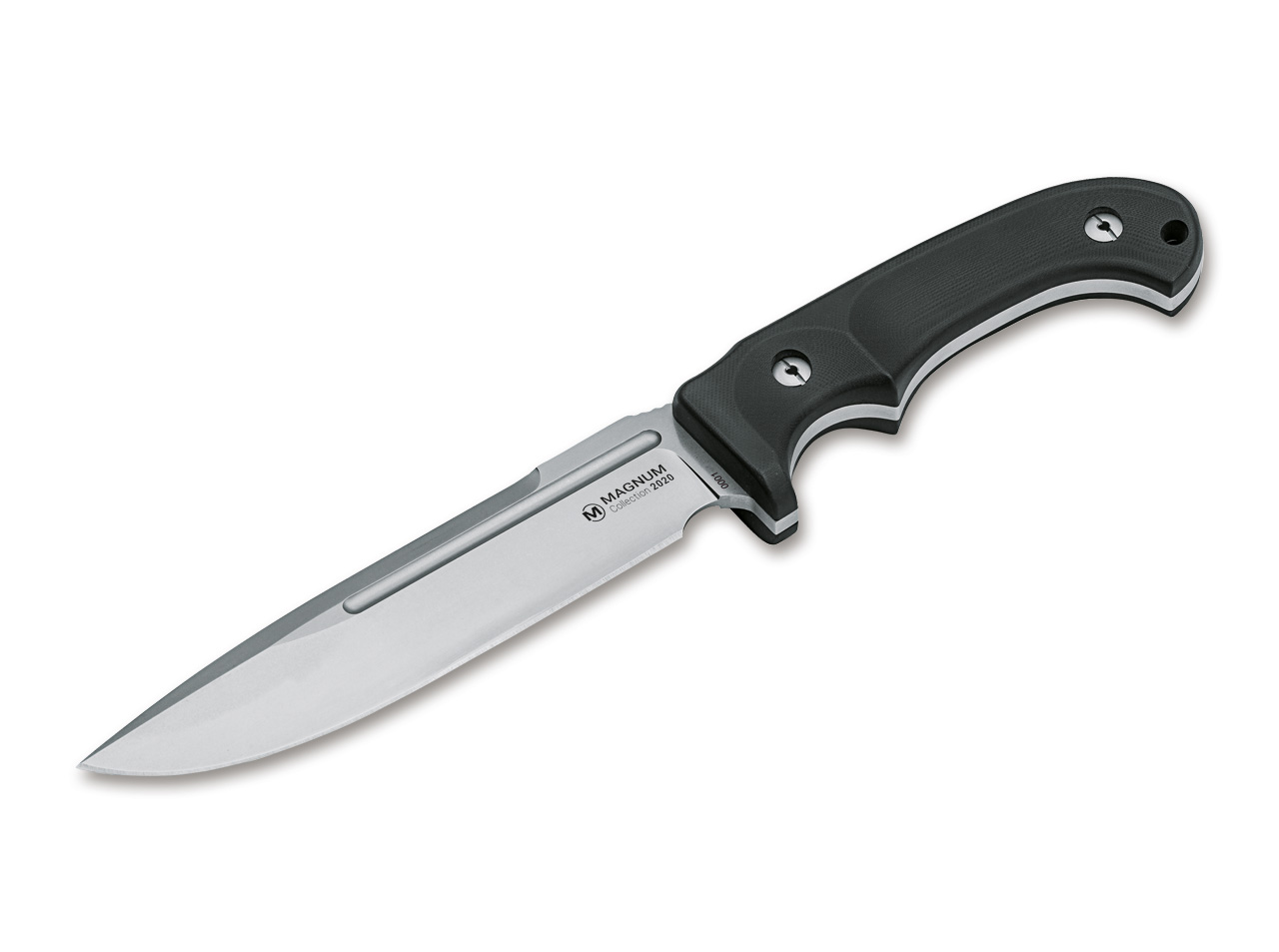 Fox Vox Suru
The Fox Vox Suru derives it somewhat complicated name from the producer, the Italian company Fox Knives, the designer, Danish knife maker Jesper Voxnaes, and the name of the knife, Suru. The Suru was originally introduced in 2018 and has become quite popular. The latest edition features on side of the handle made from Carbon Fibre, and the other from Titanium. The blade is M390 steel. The pivot pin, handle screws and pocket clip are blue anodised.

FOX Geco
French custom knife maker Bastien Coves (Bastinelli Knives) moved to the United States a few years ago and has become popular with his tactical knife designs. But he has kept in contact with the ‘Old World’, judging by the design he made for Fox, the Geco. The frame lock flipper features a N690Co blade. There are two versions, one in black with a G10 front scale and bronze Titanium back scale, and the one pictured here, with a combination of stonewashed titanium and Canvas Micarta handle scales.

The Fox Geco is a design by Bastien Coves (Bastinelli Knives)

Extrema Ratio E.C.M.
The Extrema Ratio E.C.M. (Einsatzkommando Cobra Messer) is a fixed blade multipurpose knife, designed for the special “Cobra” unit of the Austrian police. It’s logo is laser engraved on the heel of the blade. The E.C.M. has a 116 mm long and 5 mm thick full tang blade of Böhler N690 steel, with a DLC (Diamond-Like Carbon) coating. The handle is G10 and the knife comes with a polymer sheath with various carrying options. 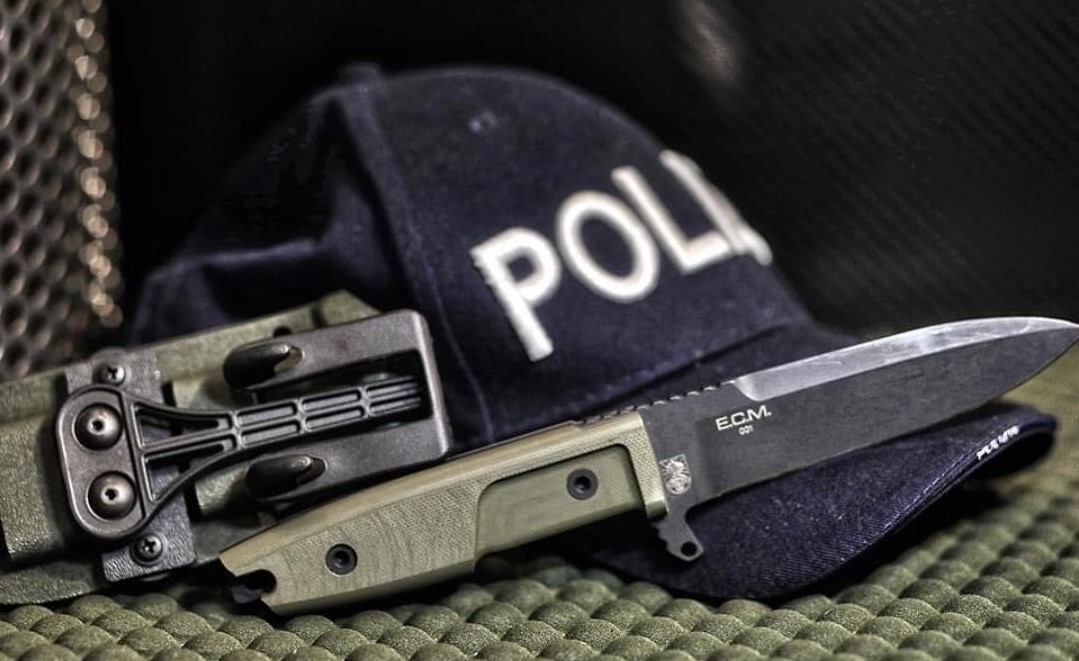 Zero Tolerance 0235
Danish knife maker and designer Jens Ansø has added to new model to his reportoire for the American company Zero Tolerance. The knife is simply called the 0235. It is based on an earlier Ansø /Zero Tolerance model, the slipjoint 0230, but has a different blade shape. The 0230 sheepsfoot has changed into a 66 mm drop point blade.

HEST/F Titanium
Robert Young Pelton is an explorer, author and adventurer. He is known for his travels to the worst conflict areas, and to this day has always returned alive. He started DPx Gear in 2008. One of the company's first products was a knife, the HEST (Hostile Environment Survival Tool). In 2010, a folding version was released, the HEST/F (F for Folding). On the tenth anniversary of the HEST/F, DPx Gear presents a special edition, made by LionSteel in Italy. This Titanium Decade Edition has, as the name implies, 6A1-4v Grade 5 titanium handles, combined with an M30 blade with a bottle opener, a grade 5 titanium frame lock, tungsten carbide glass breaker, jimping wich doubles as wire strippers and a ¼" hex socket driver/lanyard hole.

De HEST/F Titanium Decade Edition. The knife is made by LionSteel in Italy.