Kizlyar Supreme is a relatively new knife making company, which entered the market in 2011. European Blades Mag. presents three of its models.

Kizlyar is the name of a city in the autonomous Republic of Dagestan, on the Caspian Sea. The city has a rich blade-making history, and therefore lends its name to several knife companies. One of these is Kizlyar Supreme, a brand which was established in late 2011, which representations in Russia, Germany and Australia. 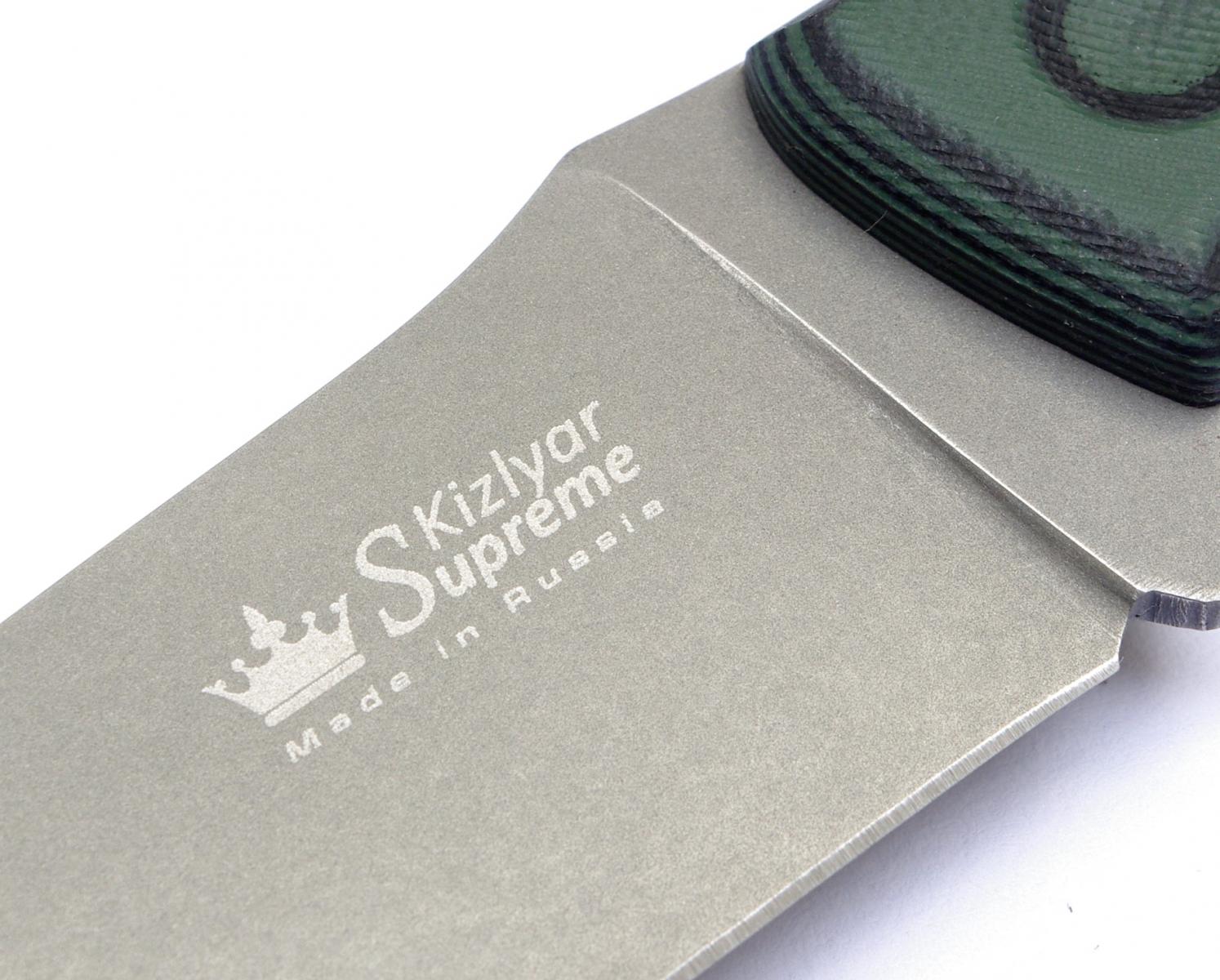 Kizlyar Supreme started with four models, but this has rapidly   expanded. The present product range features a few dozen different knives, in categories such as EDC/neck knives, folding knives, tactical knives, outdoor knives and survival knives. Most of the models are available with various steels and handle materials. The knives are made in a new manufacturing facility with modern CNC equipment. The three models presented here are fixed blades.
The Nikki was among the first Kizlyar Supreme models, launched in 2011. Over the years, the knife has seen several improvements. The version pictured here has a 87 mm AUS-8 blade with a stonewash finish and an almost flat spine, and black-and-white micarta handle scales, fastened with screws. The knife comes with a black leather sheath with a belt loop

The Kizlyar Supreme Nikki.
The Pioneer is an all-round outdoor knife. It has a full-tang 125 mm AUS-8 blade with full flat grinding. The blade is 3.75 mm thick. The handle scales are either G10 or – on the knife pictured here – Caucasian Walnut, fastened by two screws. The leather sheath has a belt loop and is embossed with the figure of a classical pioneer. The knife sits deep in the sheath, which has no fastening strap. 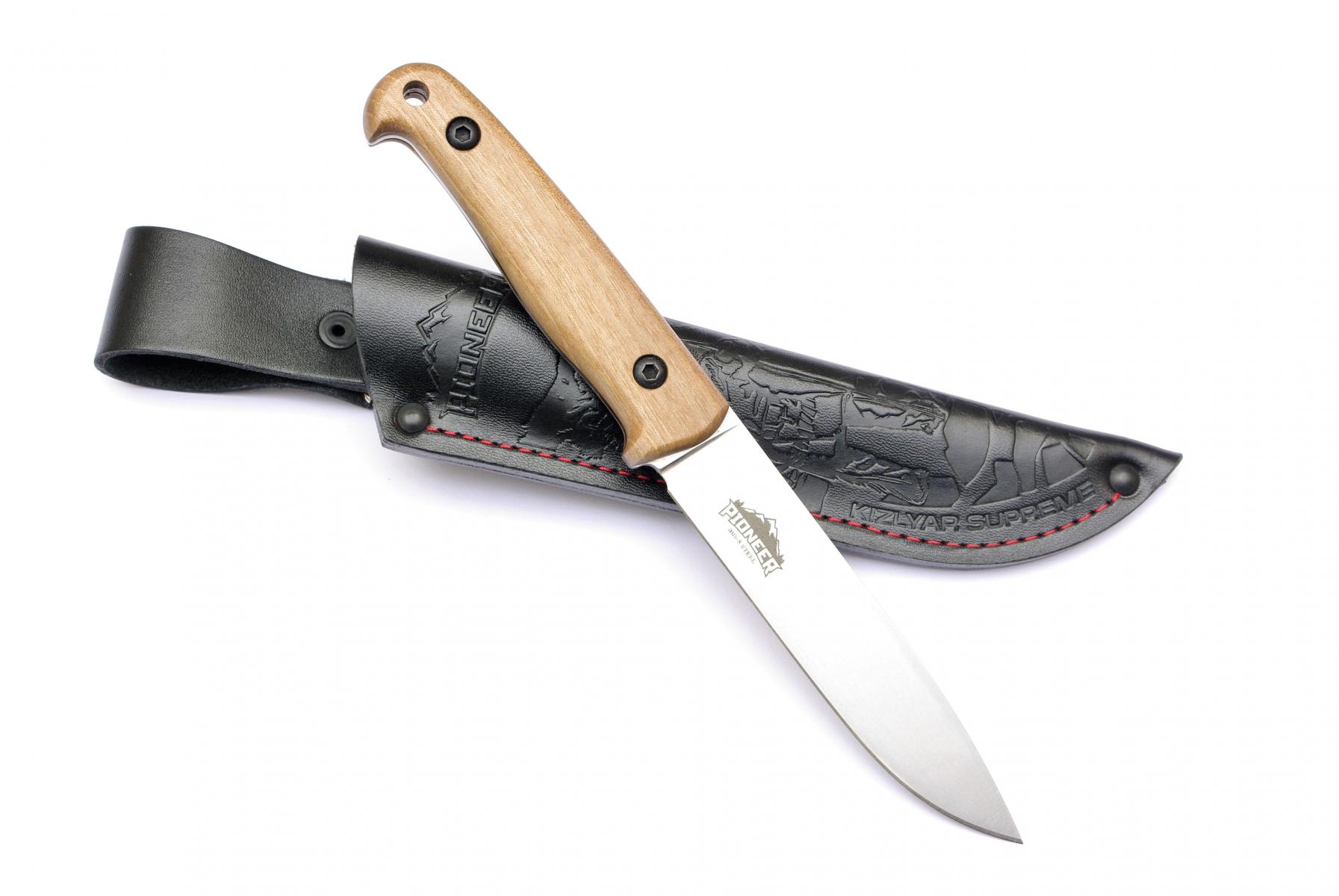 The Kizlyar Supreme Pioneer.
Urban and Tactical may seem contradicting terms, yet Kizlyar Supreme found the combination fitting as a name for a sturdy, modern looking knife. The full-tang D2 blade has a TacWash finish and measures almost 94 mm. The handles are G-10, rounded at the edges and have a pleasant finger choil. The sheath is Kydex, with a rotatable clip. 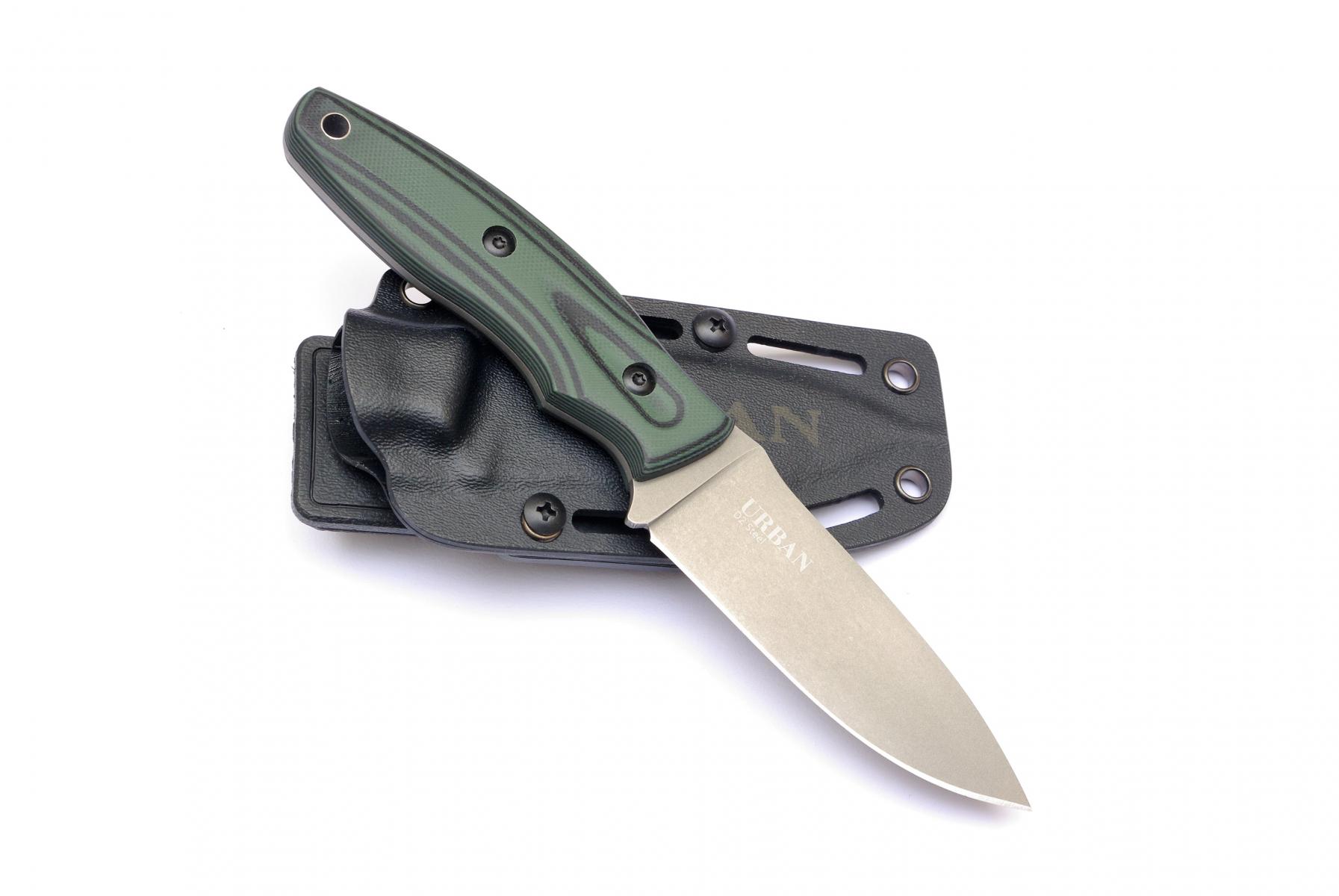 The Kizlyar Supreme Urban Tactical.
The three knives show Kizlyar Supreme’ s strong points. They may look a bit plane, but they are extremely useable. Furthermore, each model can be obtained in different materials. The Nikki, for instance, has a blade from either AUS-8 (in black, satin and stonewash) or D2, and Micarta or Walnut handles. The Urban Tactical can be had in AUS-8 (with Black Titanium, stonewash or TacWash finish), D2 (in Black Titanium and stonewash) or Niolox. The complete line of Kizlyar Supreme knives can be found at http://kizlyarsupreme.ru.