The British Fairbairn-Sykes fighting knife, also known as the ‘commando dagger’, is one of the 20th Century’s most iconic knife designs. It has been copied countless times, and several modernised versions have since been made.
The Dutch knife manufacturer Hill Knives crafted a modernised Commando Dagger a few years ago. The tang was strengthened, the blade was made of N690 Extra Böhler steel (59 HRC), and the handle material was changed into anodised aluminium.
Hill Knives has made some special versions of the Commando Dagger, for instance with the logos of the Dutch Special Operations Forces, the SAS, and the Belgian Para Commandos. Now they introduce a version with the emblem of the United States Marine Corps (USMC). The blade and guard of this limited edition model are Nano Futura coated. Blade thickness is 5.0 mm and length 174 mm. The total length of the Commando Dagger is 300 mm. For more information see: www.hillknives.com. 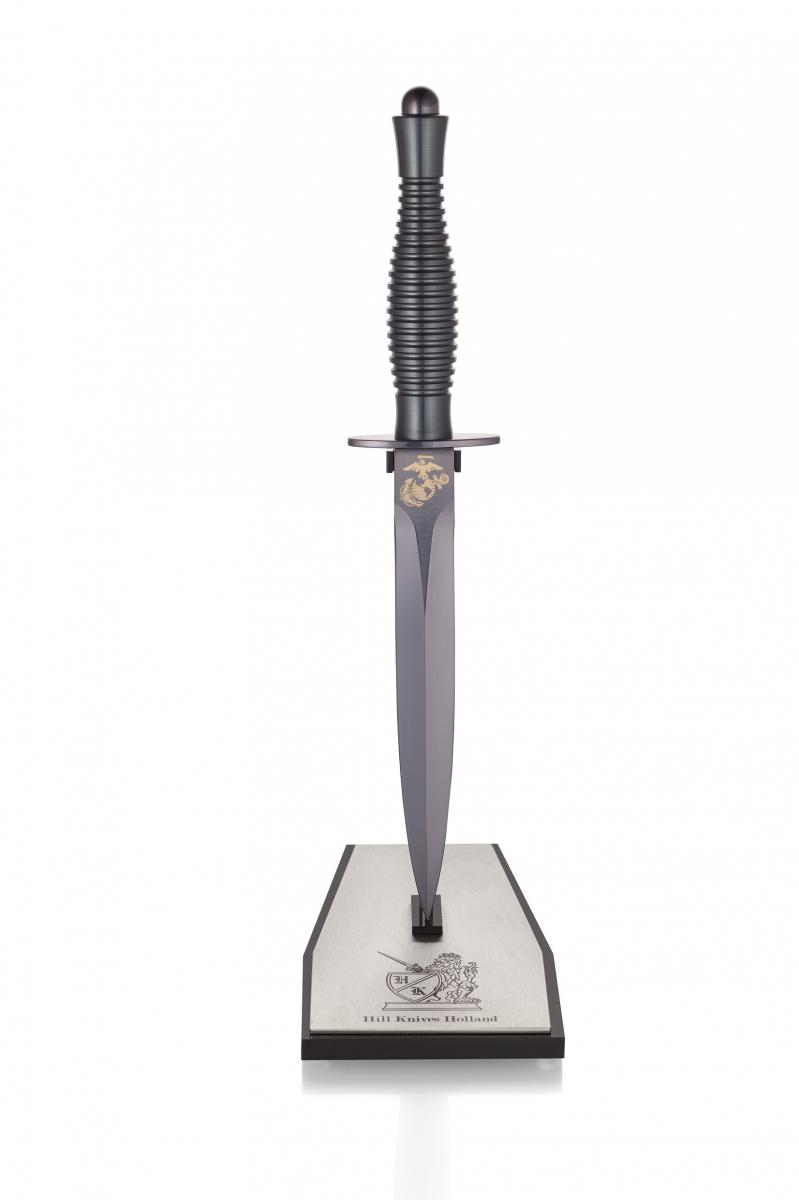 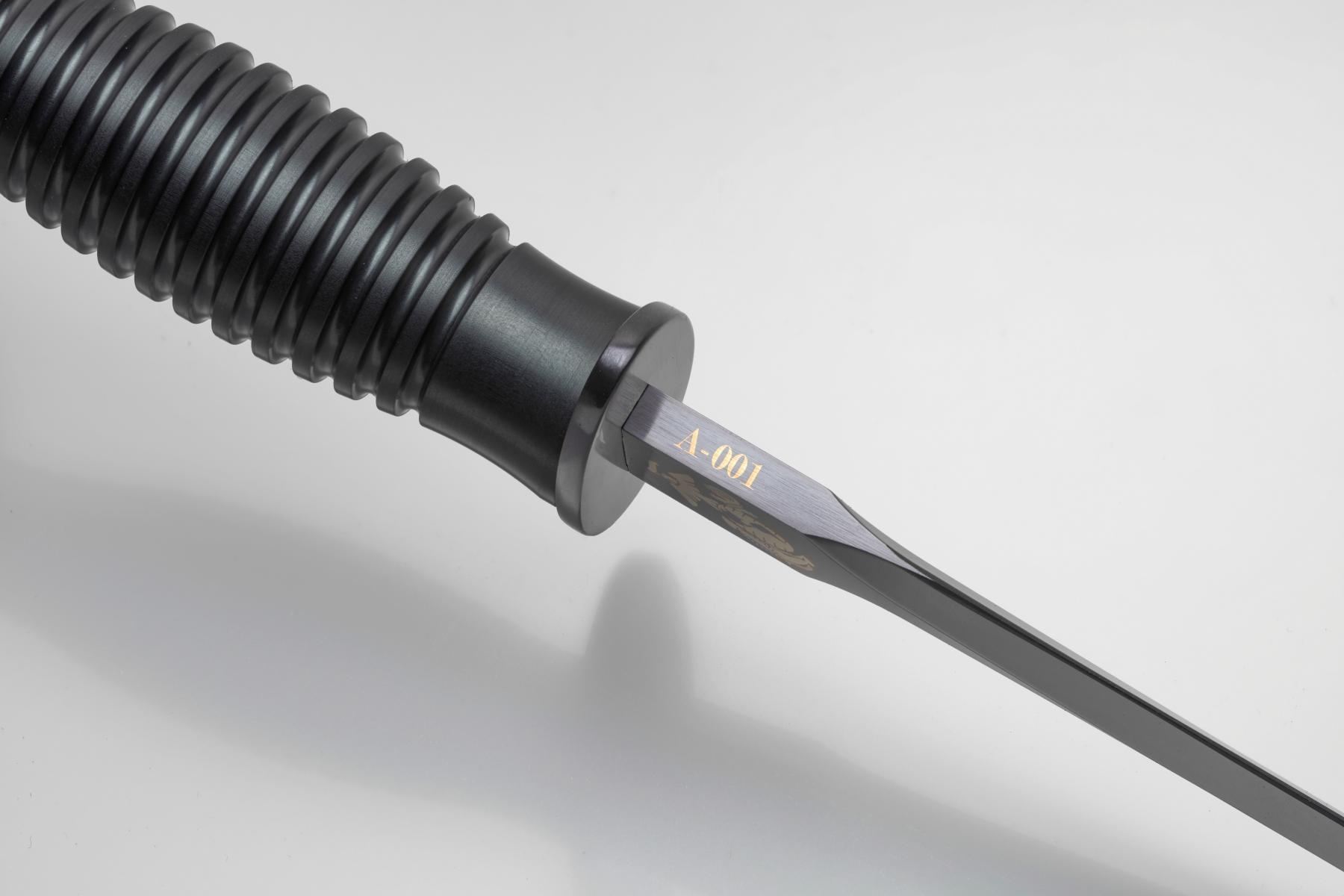