The French company Editions G works with custom knife makers for the development of a knife model, which is then produced in a numbered edition of 300 pieces. The first model appeared in 2018. It is becoming quite an interesting collection. 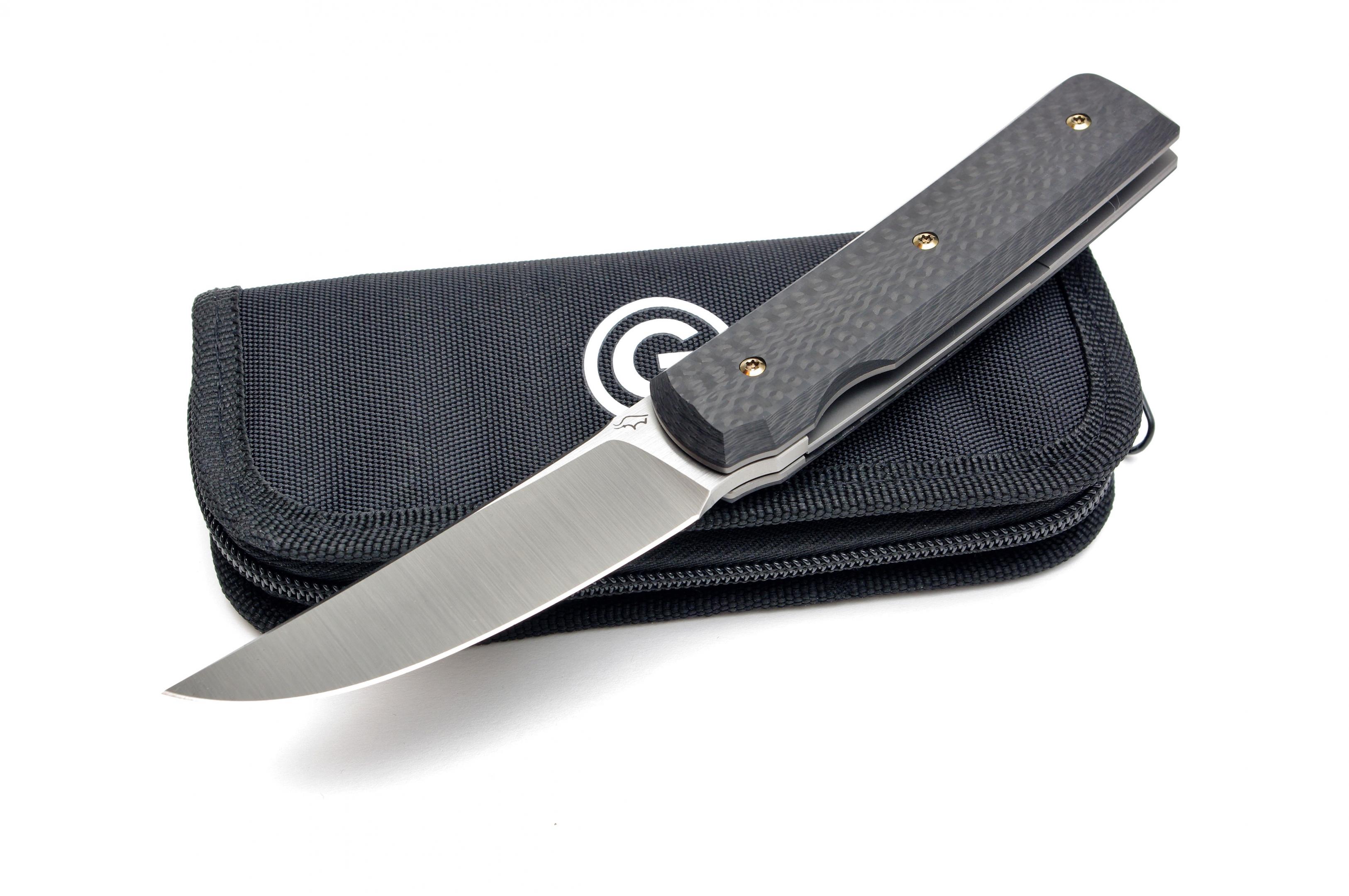 It could be a nice question for a quiz: what do David Lespect, Gudy van Poppel, Eric Parmentier, Laurent Gaillard and Guy Poggetti have in common, apart from being custom knife makers? The answer is they all designed a knife for Editions G.
The series started in 2018. Editions G, named after company owner Gregory Pohl, had the ambition of  producing three models each year, to be presented at three major knife shows: one at Gregory’s own show, the Euro Knife Show in Strasbourg in February, a second at the Blade Show in Atlanta, USA, and the third at the annual November show of the Belgian Knife Society. This was a bit optimistic, and it got worse. After the initial problems of production and logistics were solved, covid struck. The shows were cancelled, and so were the opportunities for a presentation ‘en publique’.
Like everyone else, Editions G is picking up. The series was resumed late last year with a friction folder by French knife maker Laurent Gaillard, and number five was recently released: the ‘Sanjo’ by French knife maker Guy Poggetti. 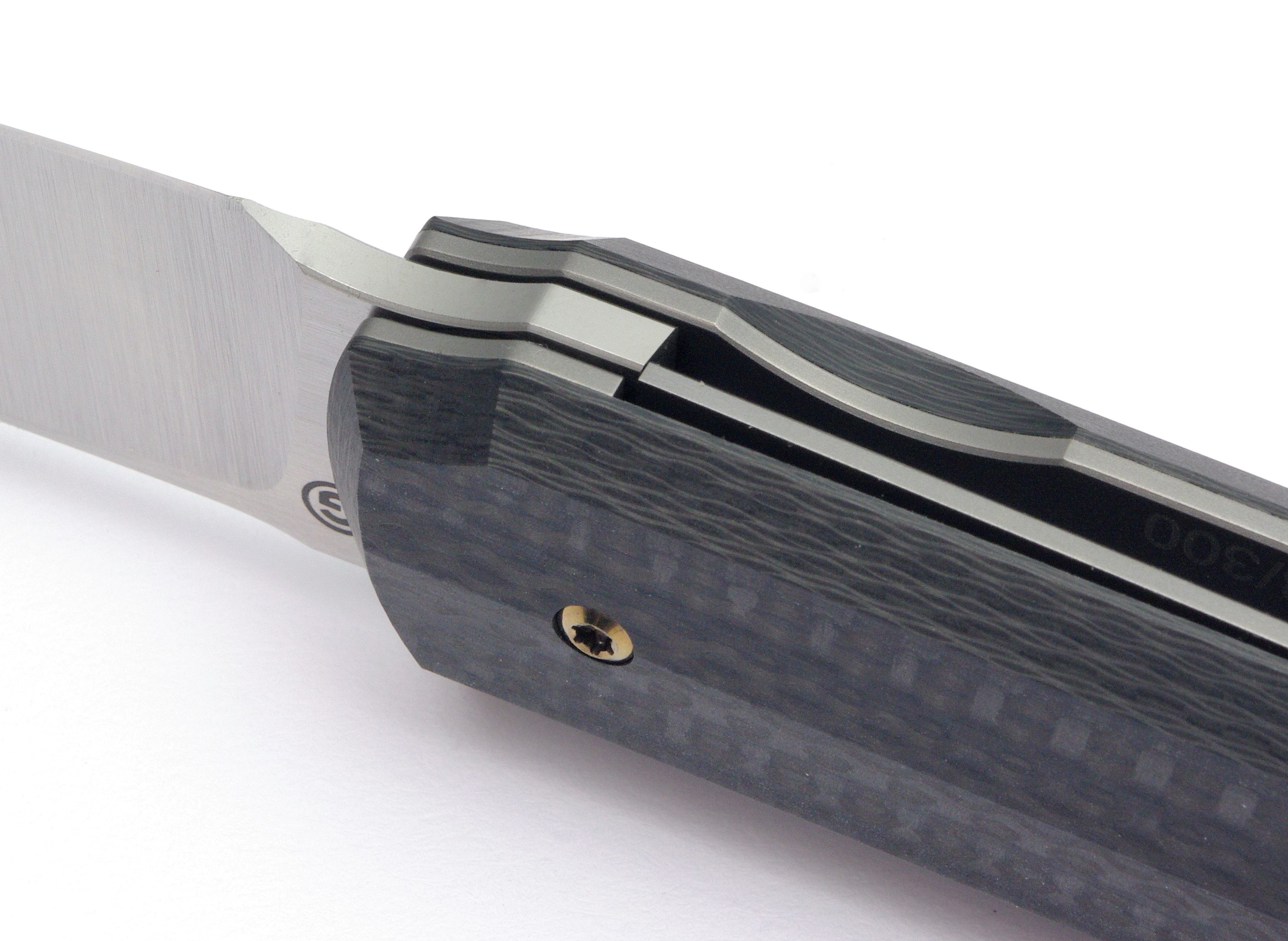 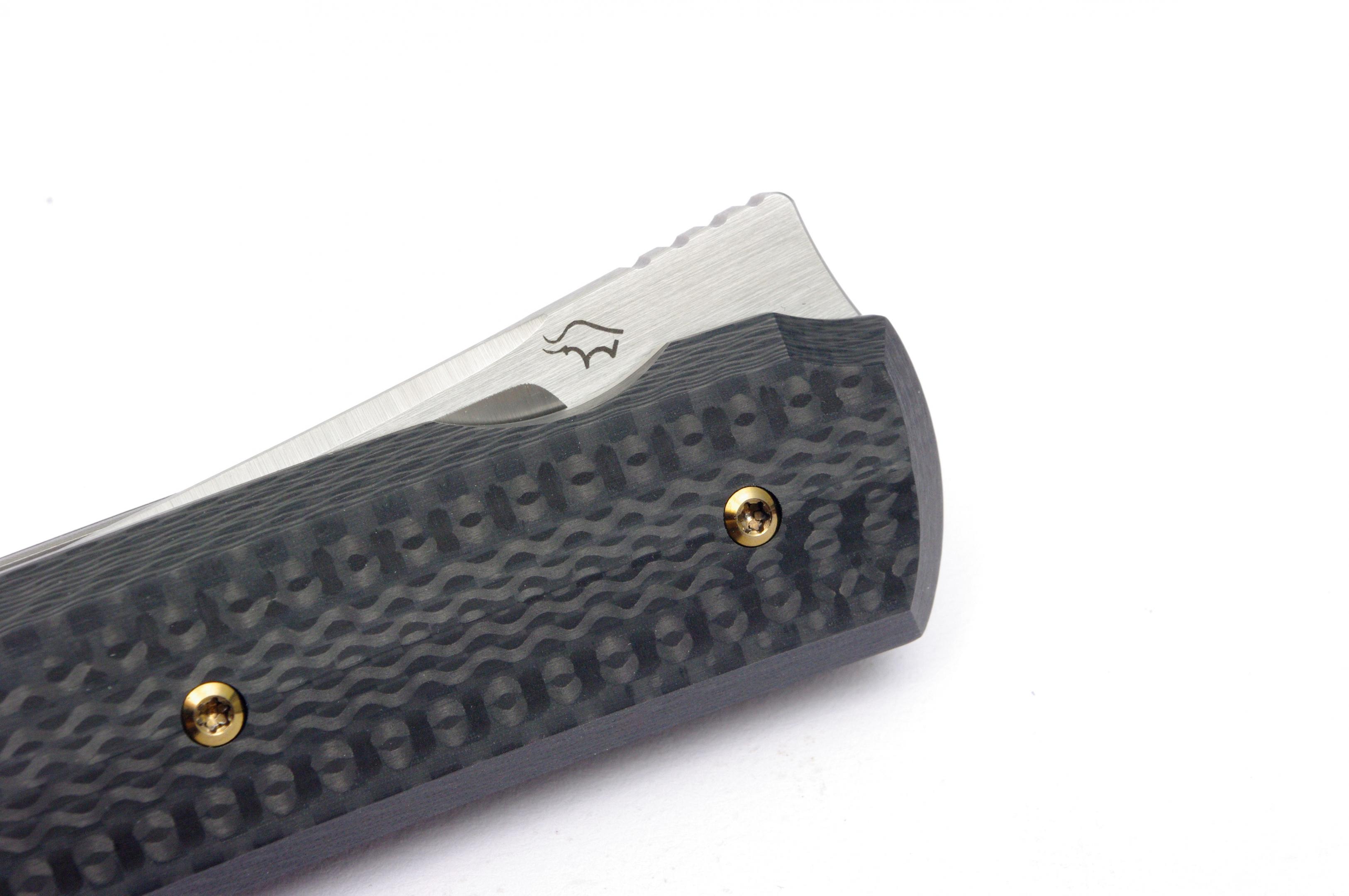 Left: The Sanjo is a linerlock folding knife. Right: Guy Poggetti’s logo, a stylized silhouette of an auroch,
inspired by the cave paintings of our forefathers.

The Sanjo takes its name from a small Japanese town in the Niigata region, famous for its forged blade industry. It is a linerlock folding knife. The 80 mm upswept blade is made from M390 steel with a satin finish. It opens and closes smoothly on a ball bearing system. The handle has grade 5 titanium liners with carbon fibre handle scales. The rear of the handle has a reversible titanium pocket clip.
When the knife is closed, the jimped rear end of the spine rises above the handle to facilitate opening. The right side of the blades carries the Edition G logo, a G in a circle, and the left side has Poggetti’s logo, a stylized silhouette of an auroch, inspired by the cave paintings of our forefathers. The overall length of the knife is 195 mm, the weight is 102 grams. The knife comes in a zipped cordura pouch. 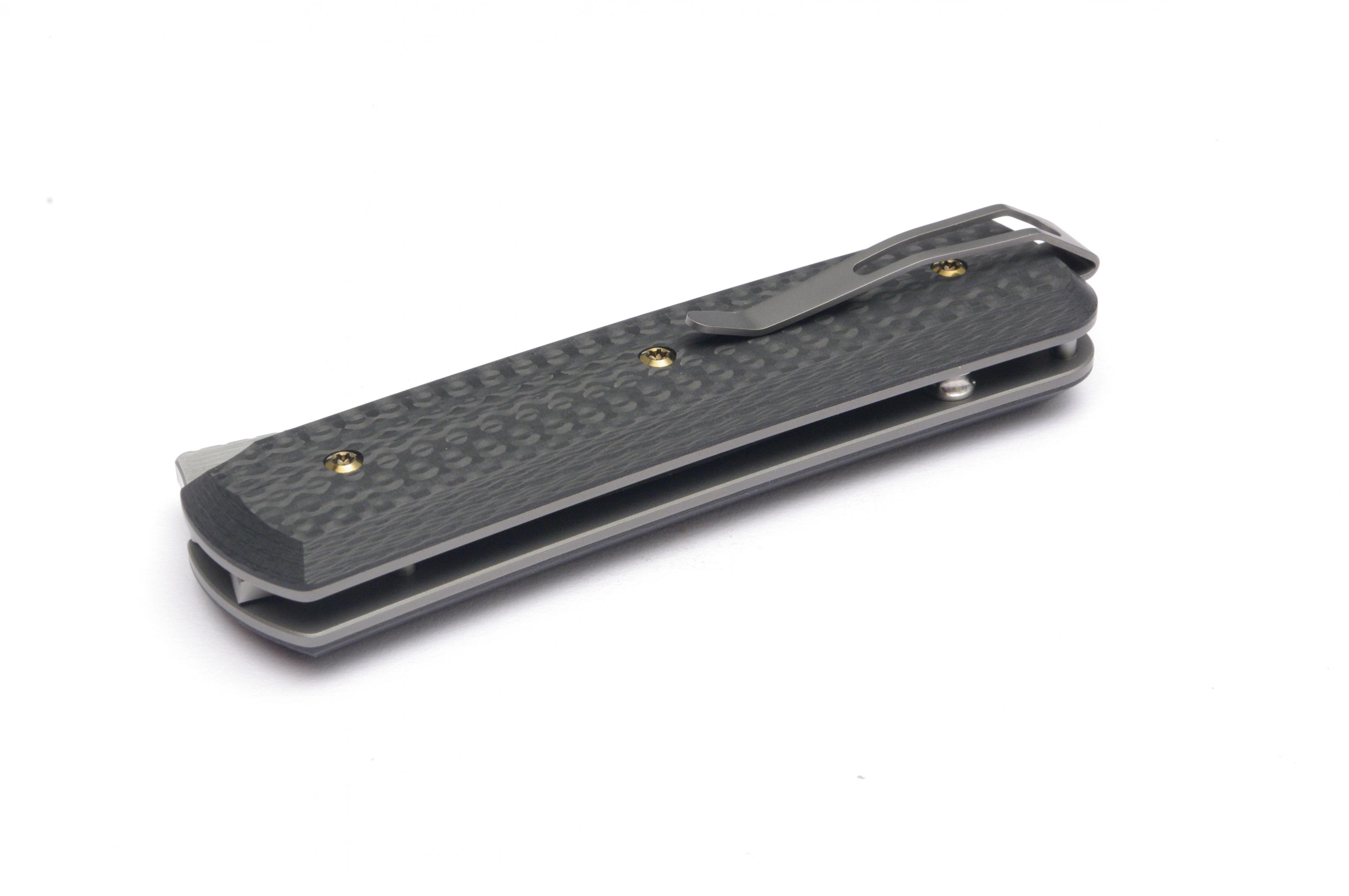