For a lot of people, the number ‘13’ is an unlucky number. But not for the organisers of the Dutch Knife Exhibition. The 13th edition of the show, which was held on April 13 this year, complied with two of their longstanding wishes: more than 100 participants, and more than 1000 visitors. 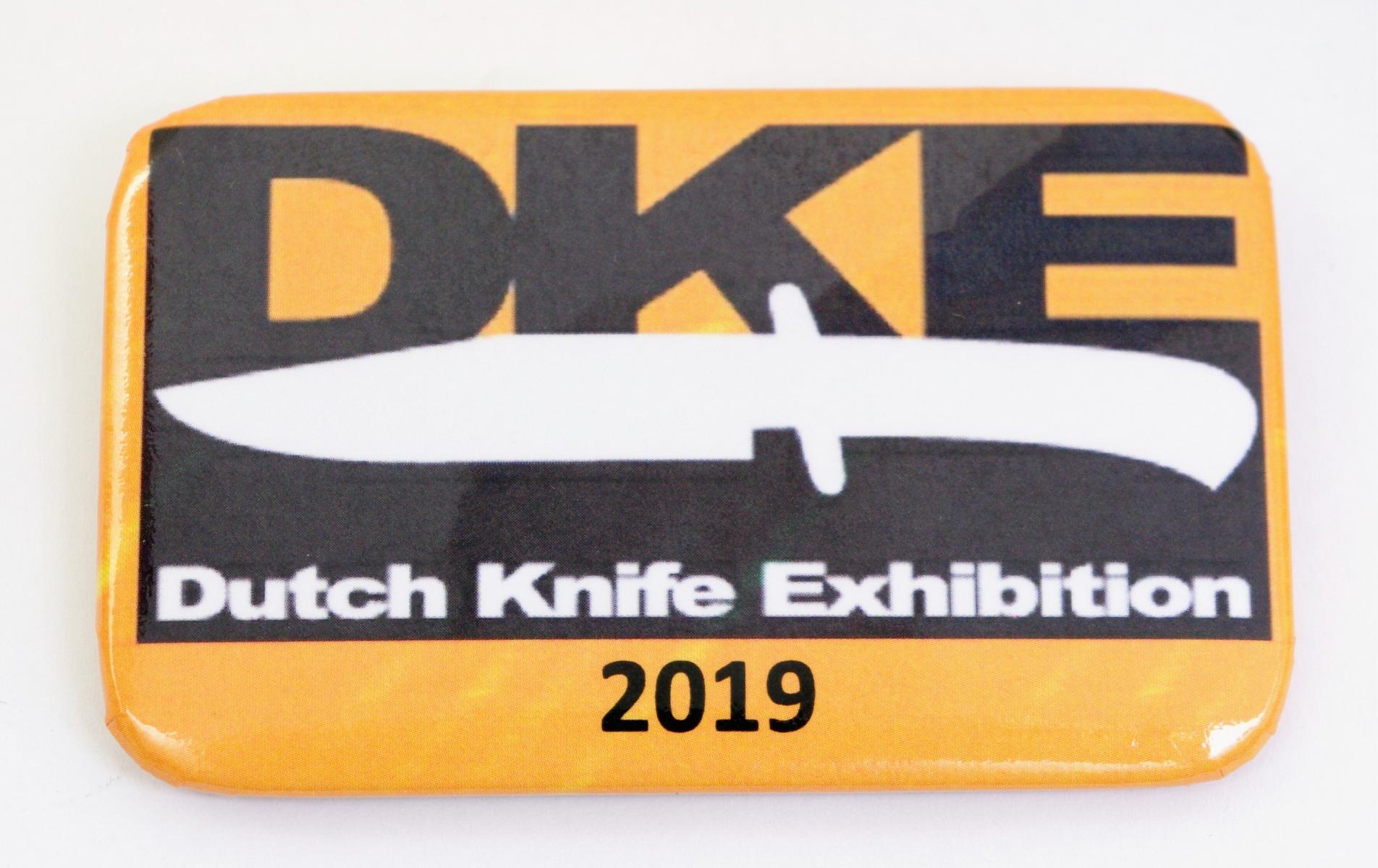 The DKE has a mixed offering of custom knife makers, industrial knives, and knife maker’s tools and materials. The show is held in a large restaurant on the outskirts of Tiel, a small town in the central provinces of the Netherlands. Amidst an international company, there is a strong presence of Dutch and Belgian knife makers. Among them a surprisingly large number of young artisans. Apparently, the art of making blades appeals to a younger generation as well.
The following pages show a selection of the better-quality knives presented at the DKE. Next year’s edition will be held on April 25, again in Tiel. Participants can already register at www.dkeshow.nl. 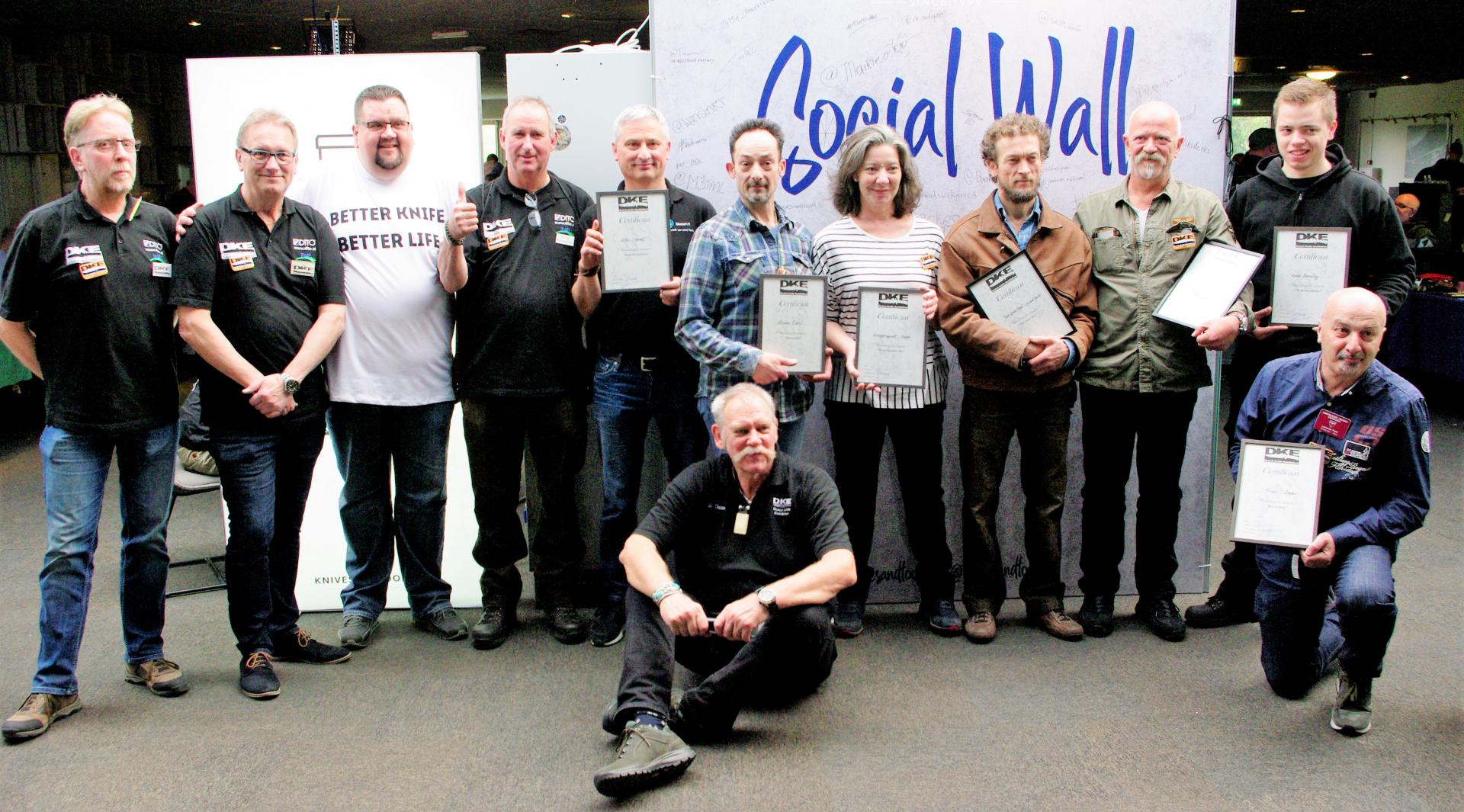 Sheepfoot damask knife by Dutch maker Johan Lebbing, The 85mm blade is MVH Damascus, the bolster
and butt cap are Bronze and the handle is Deer antler. 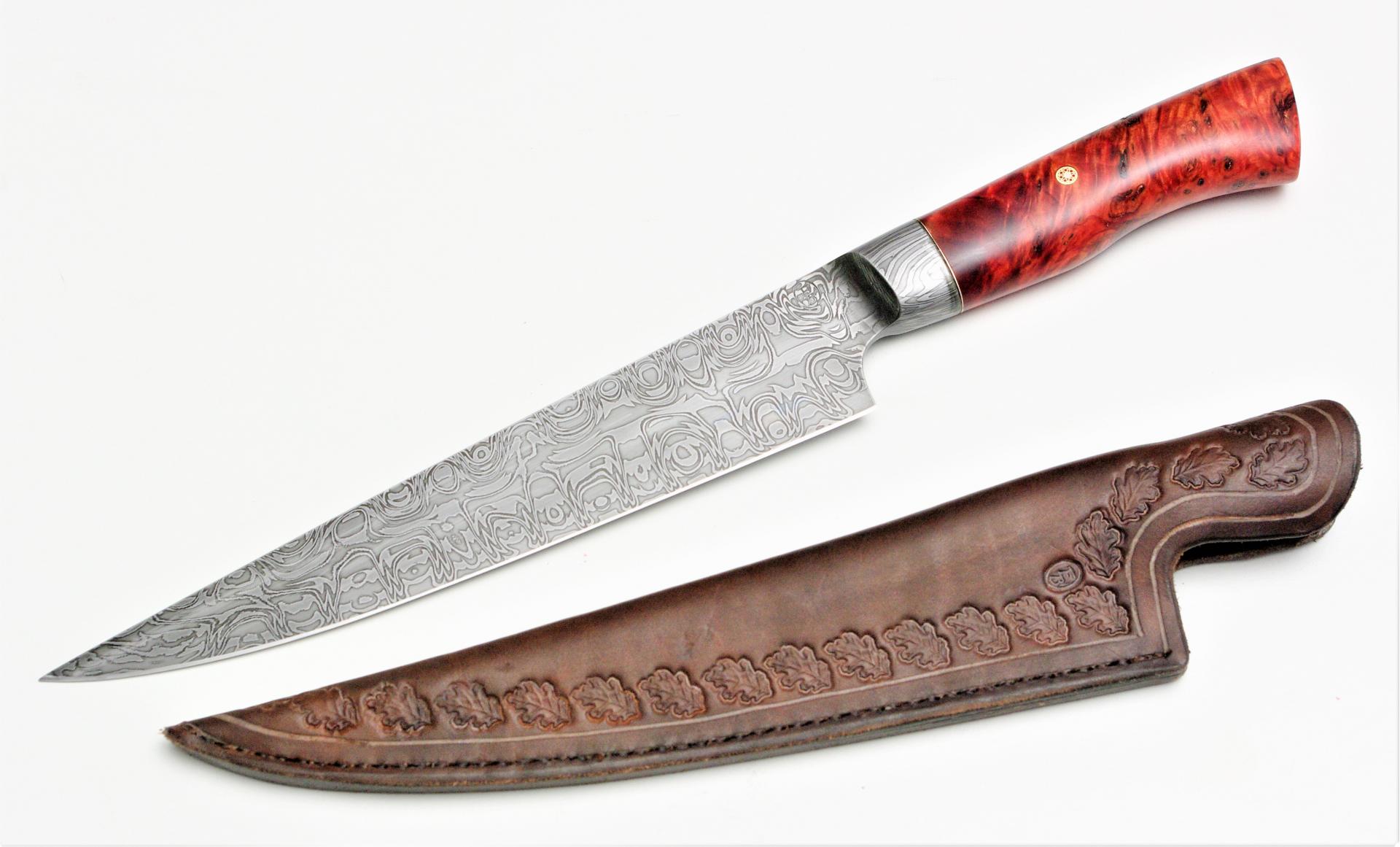 Dutch knife maker Emiel Besseling won the prize for best newcomer. This is one of his knives, the Kitchen
Slicer. The blade is O2 / 15n20 Damascus, the handle is red stabilised maple. The overall length is ca. 40cm.

‘Model # 15’ by Dutch knife maker René Huismans. The blade is D2, the handle is Bocote with blue liners. 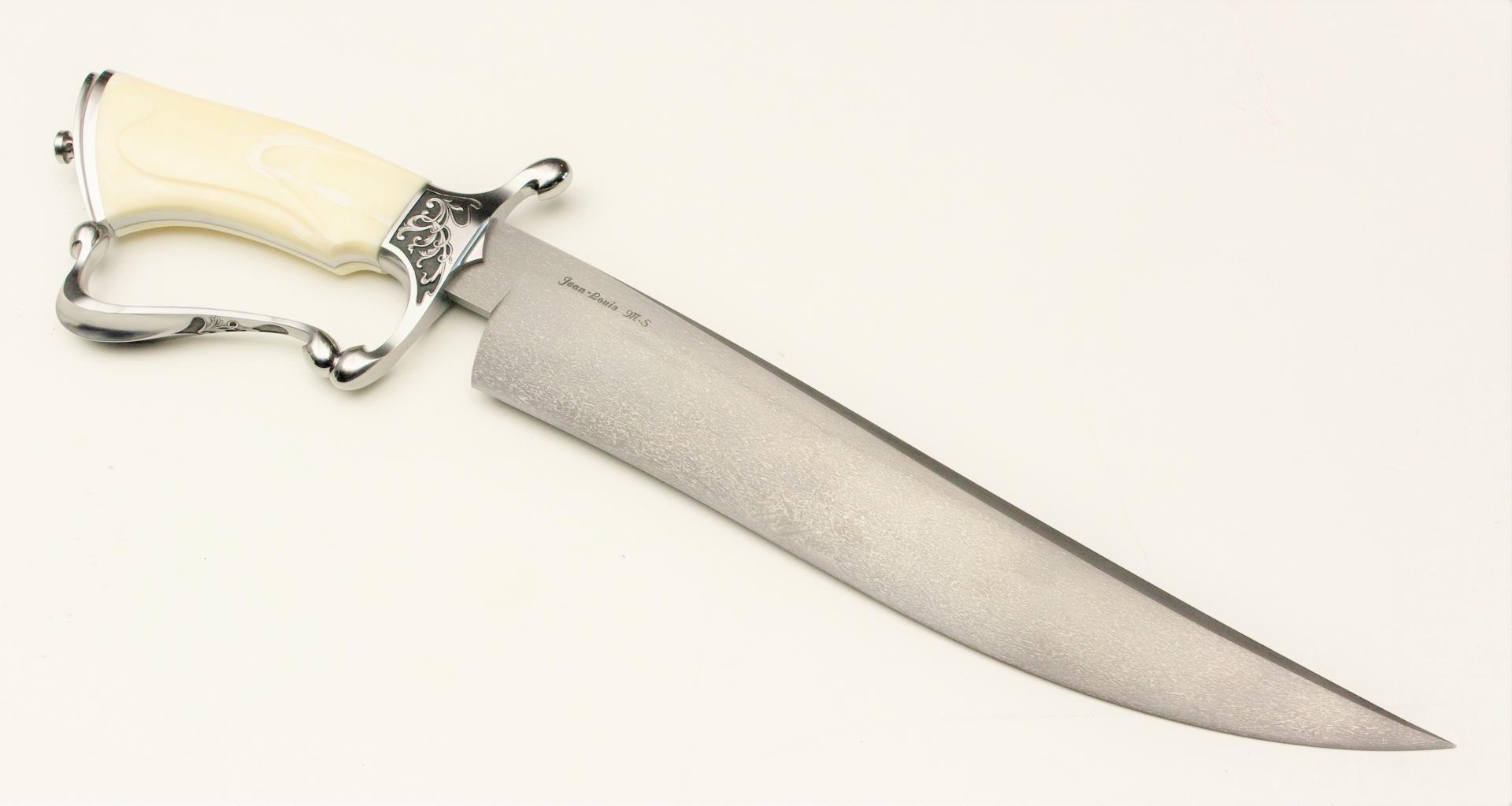 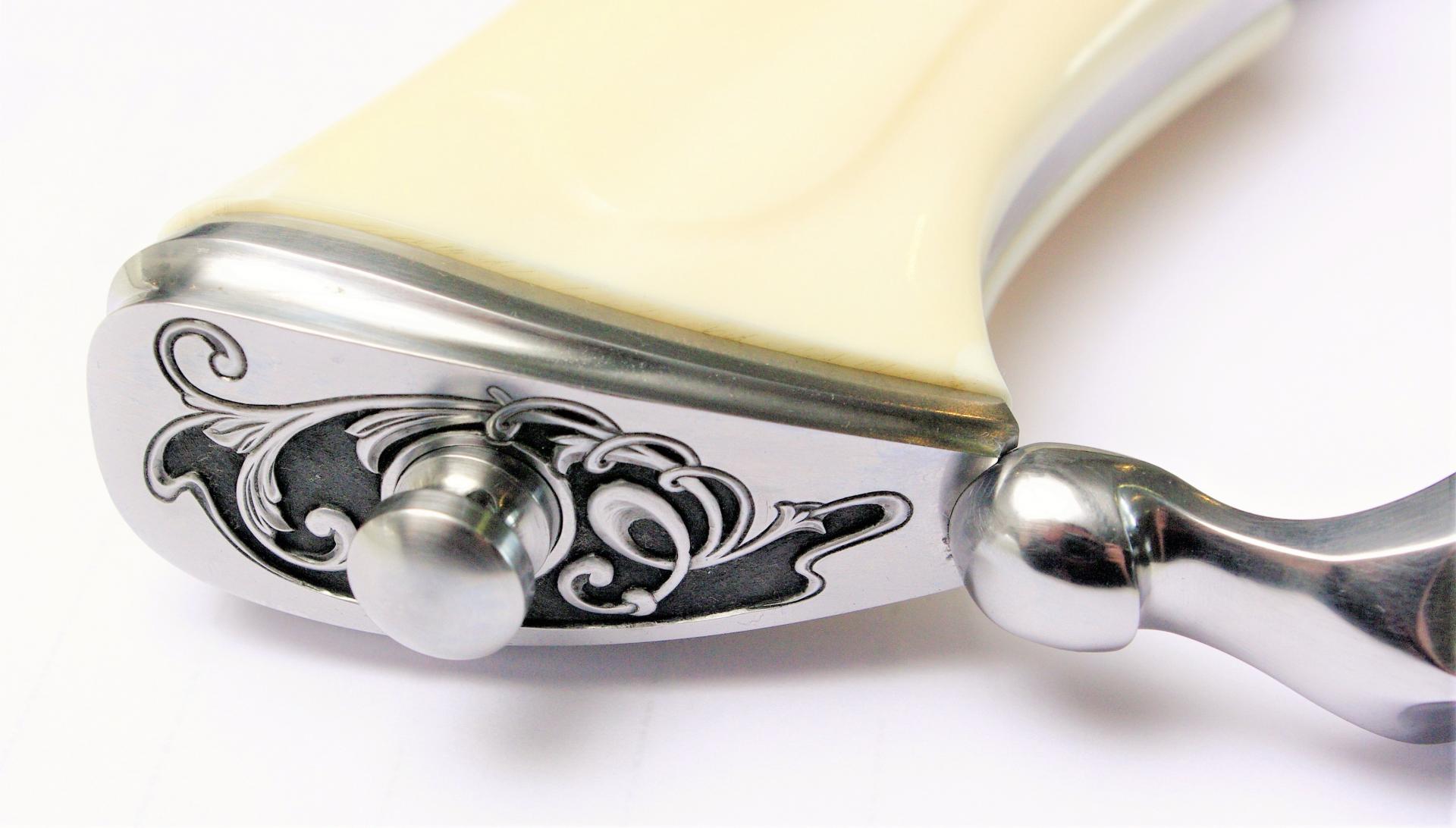 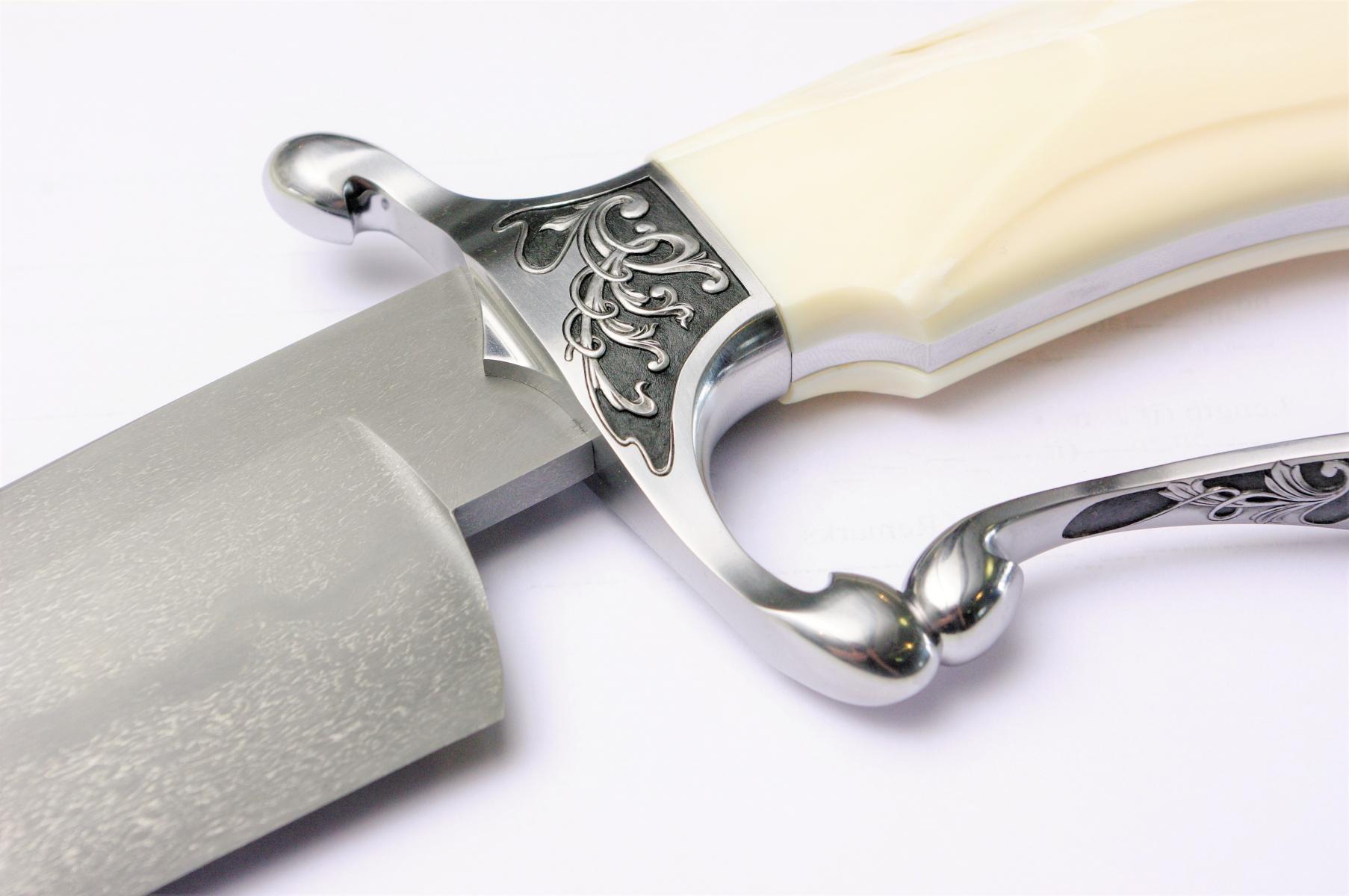 The best fixed blade by French maker Jean-Louis Regel. The blade is Wootz, the handle is fossil Walrus
ivory. The engraving is by Regel himself. The knife is completely dismountable. 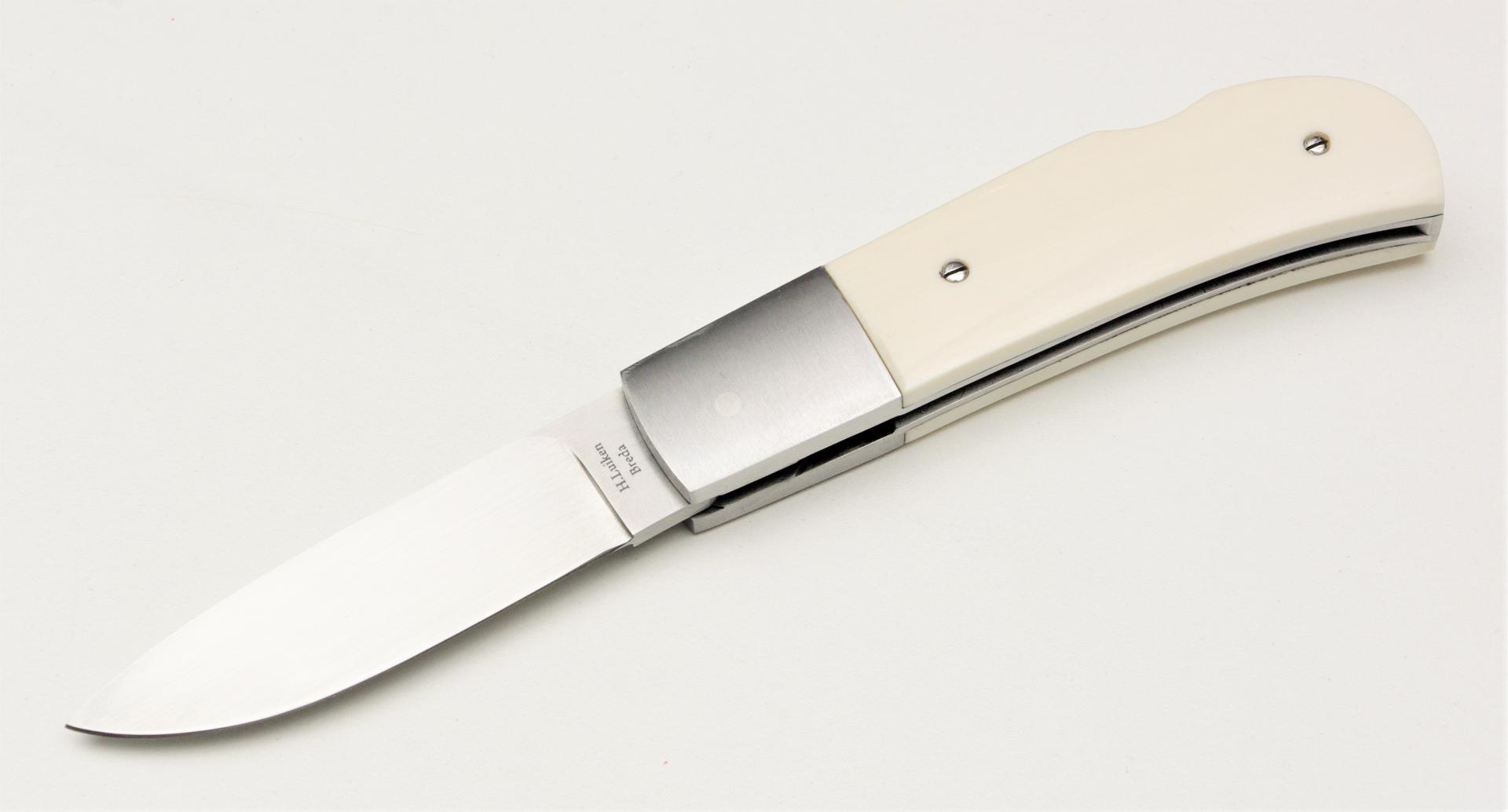 A gentleman’s backlock folder by Dutch maker Hans Luiken. The blade is RWL34, the scales are
mammoth ivory. 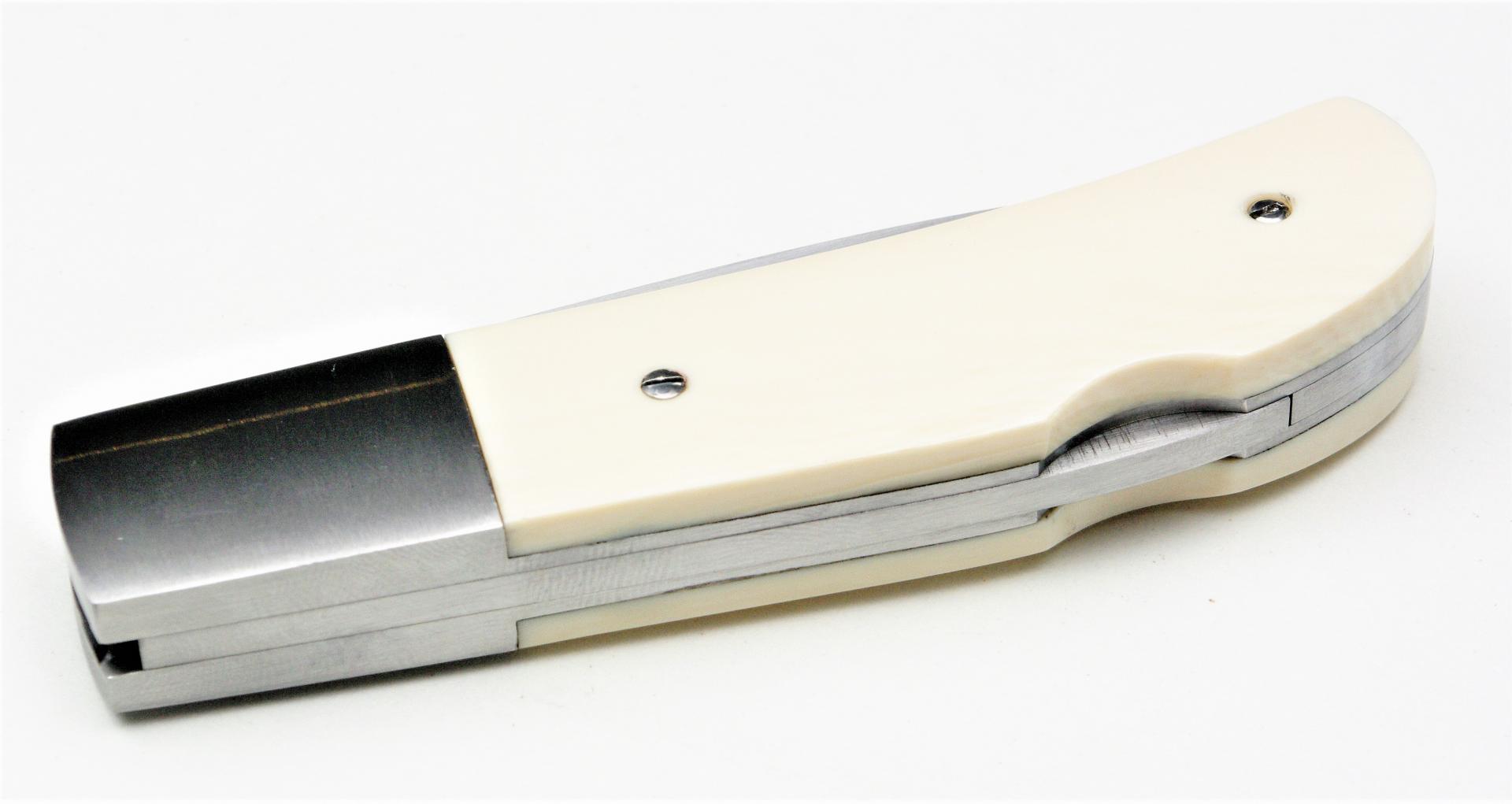 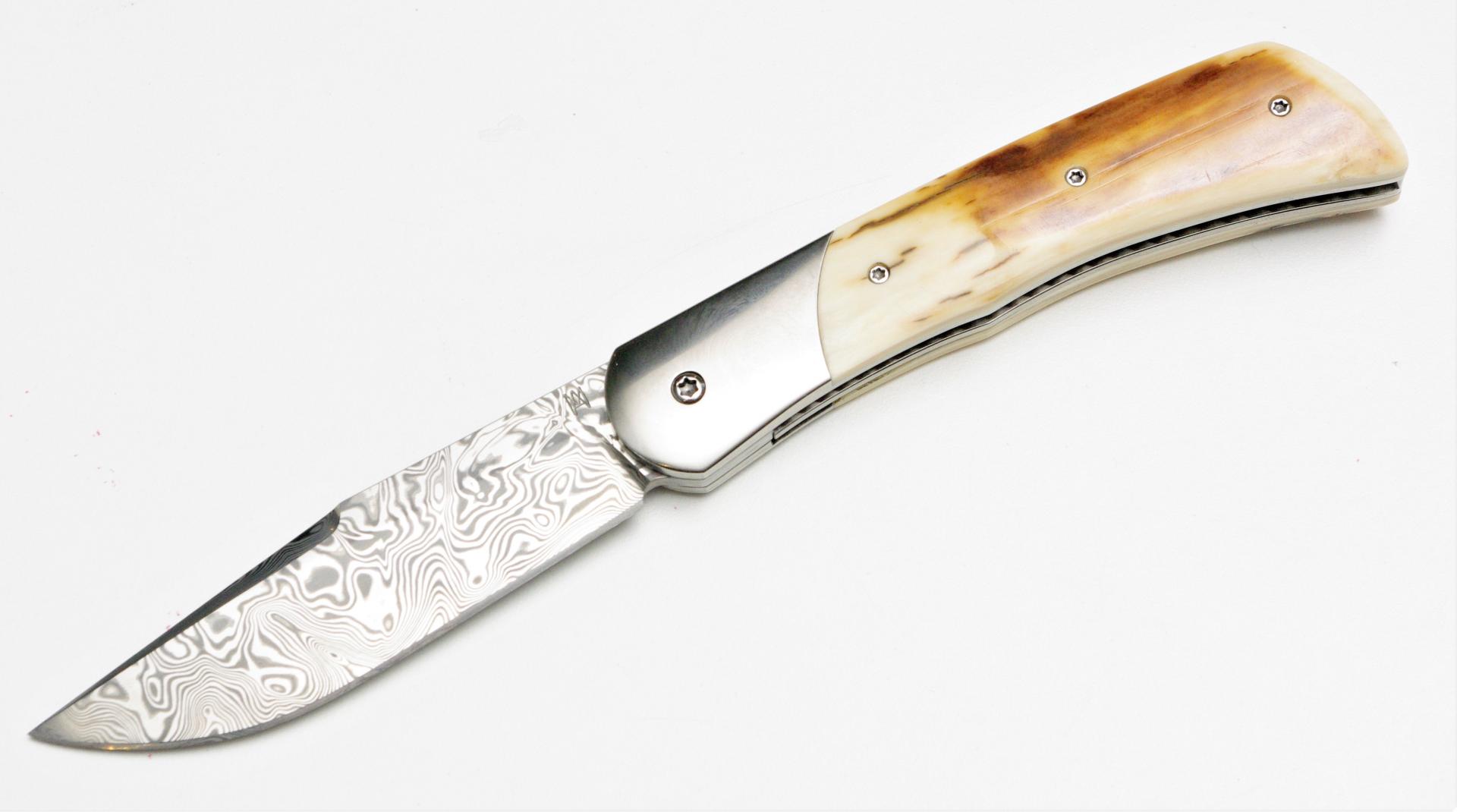 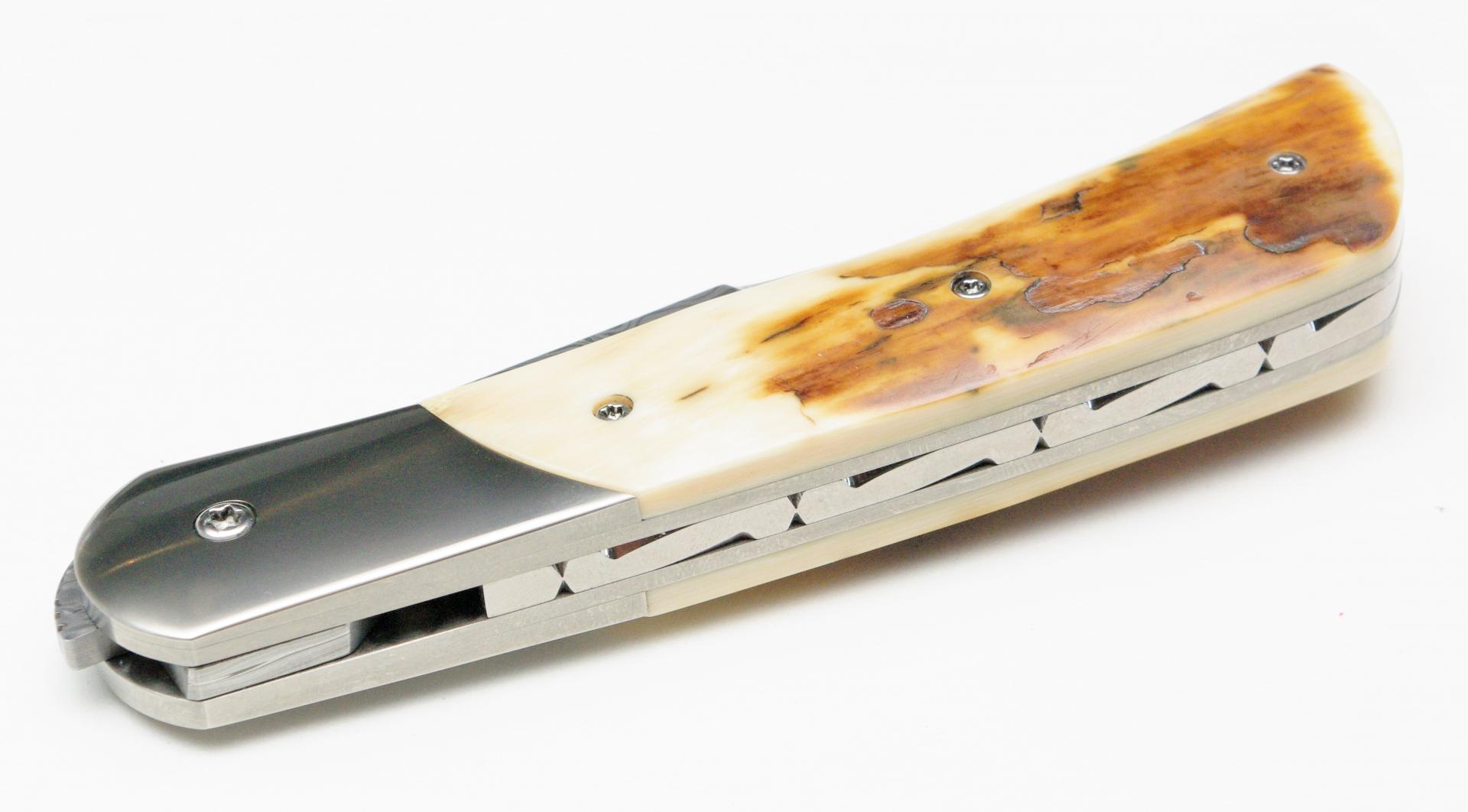 The ‘Technical’ by Dutch maker Aad van Rijswijk is a bit more robust than his usual gentleman folders.
The blade is RWL34 and the handle materials are Mokume and Ironwood. The backspacer and liners
have file work. 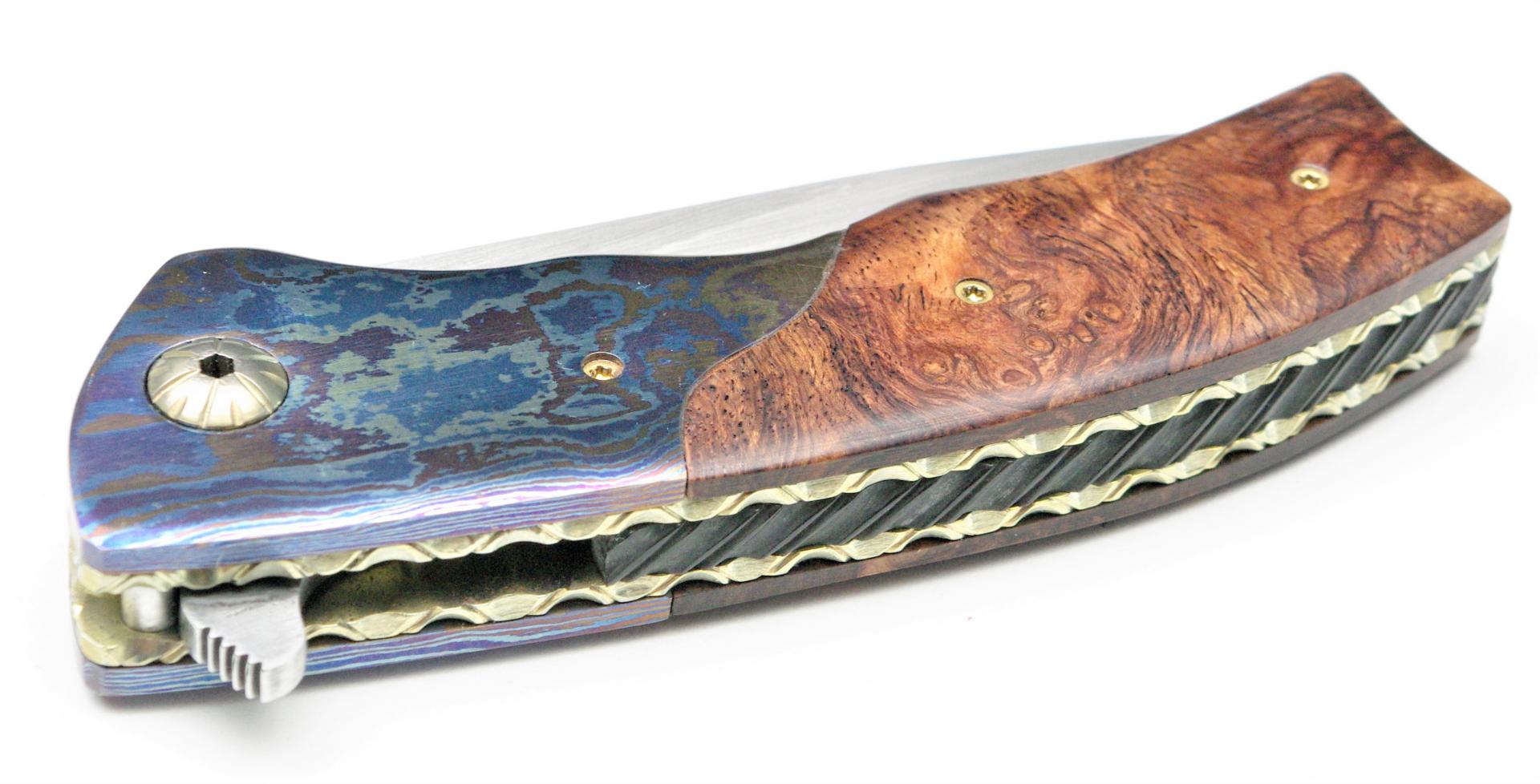 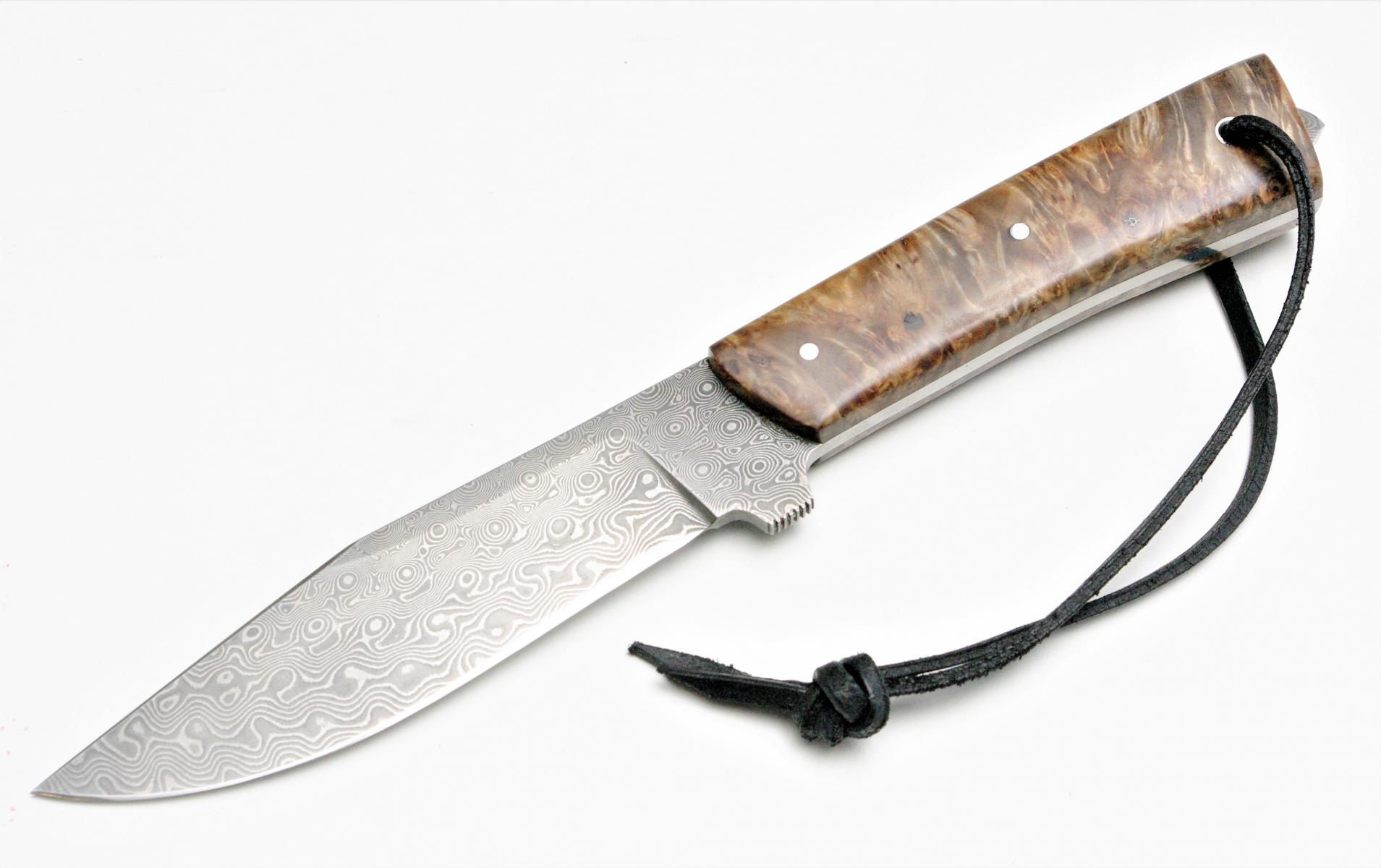 ‘Lena’s # 4’ by German knife maker Achim Wirtz. The 240mm knife has a blade of homemade Damascus
steel. The handle is stabilised Chestnut burl. There is a glass breaker in the butt. 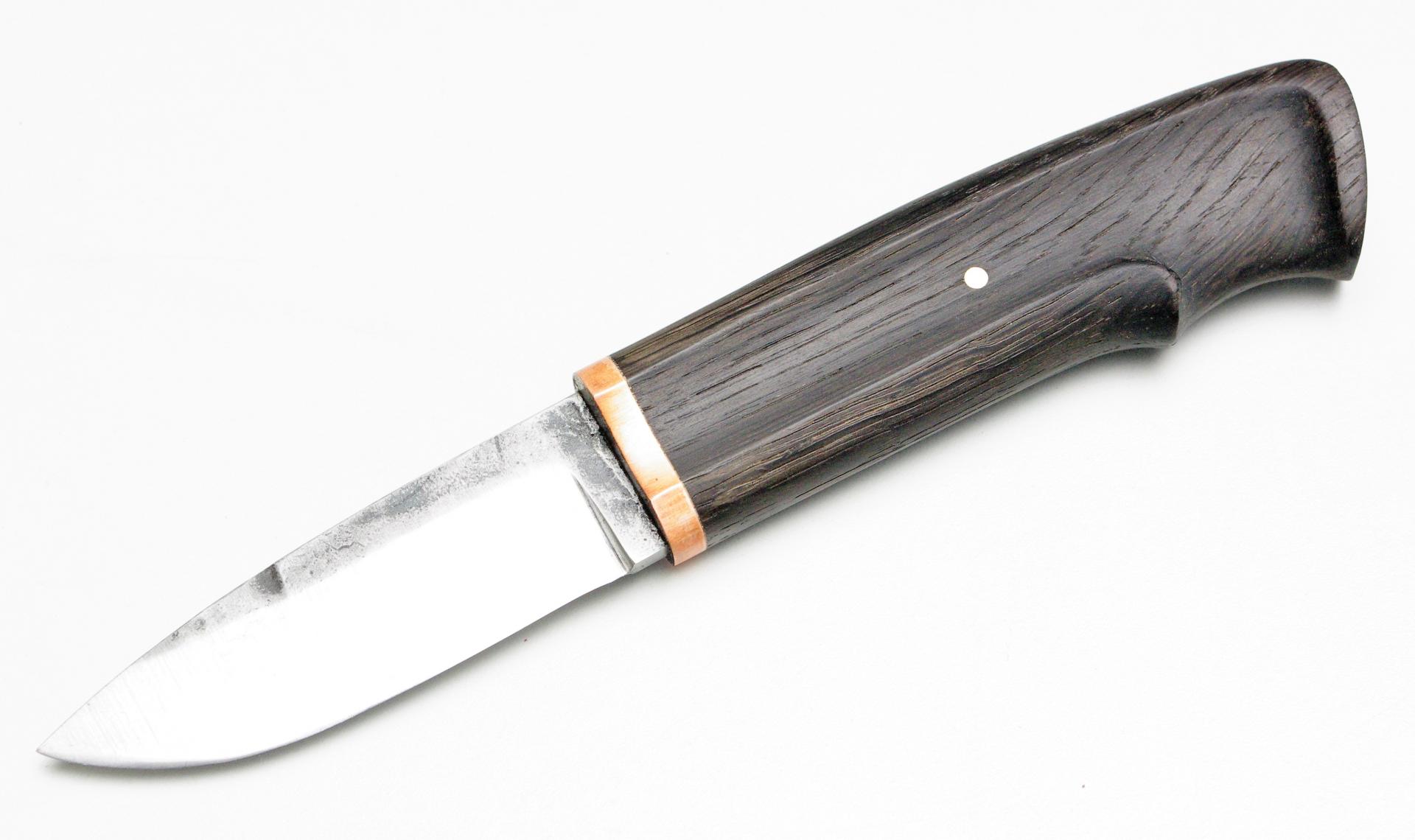 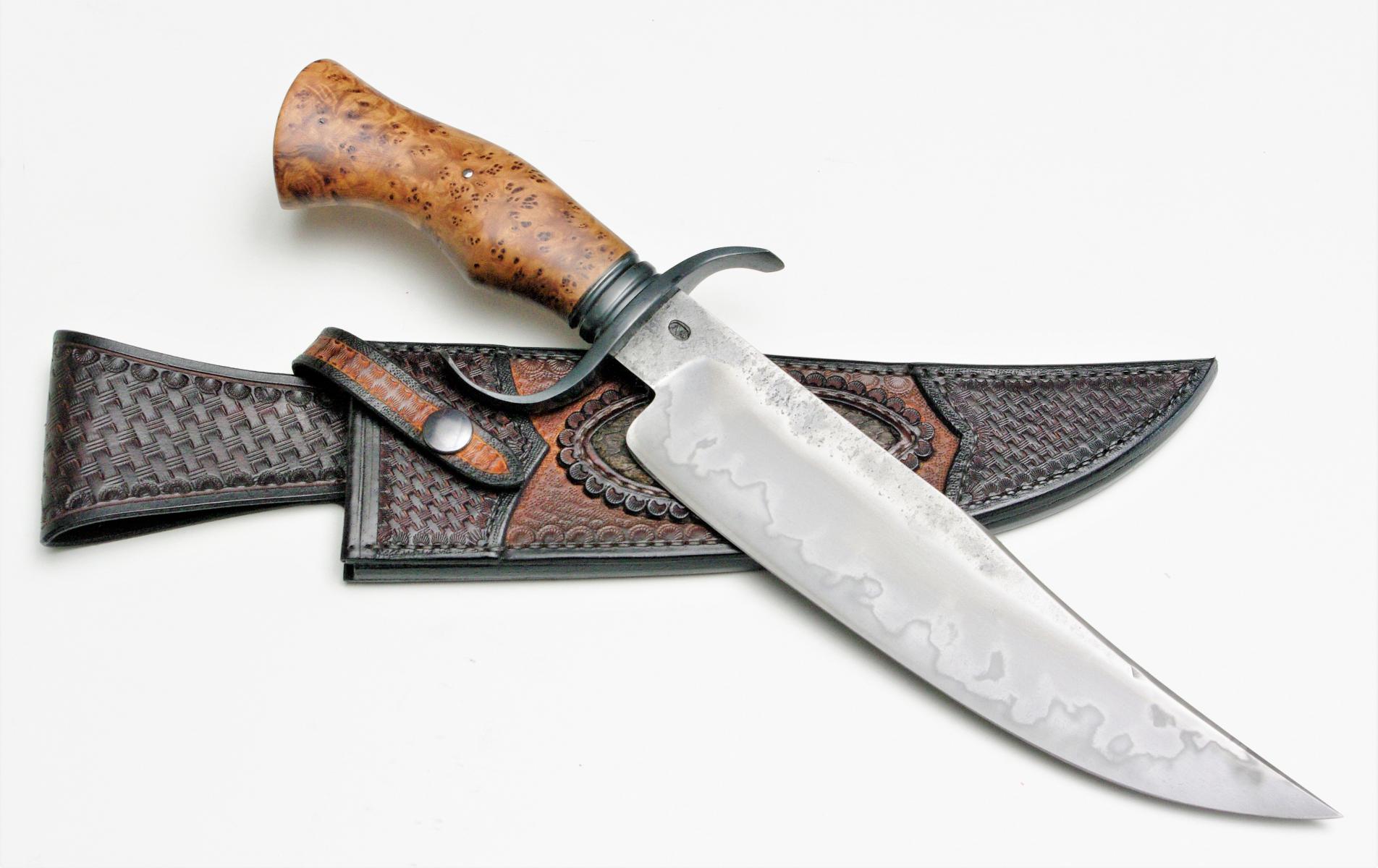 The ‘Alamo S-Guard Bowie’ by Italian/Belgian knife maker Alessio Salsi. The 10” blade is forged and
clay-hardened 125-SC steel.  The handle is Thuja burlwood. The vegetal tanned leather sheath has a
Diamondback rattlesnake inlay. 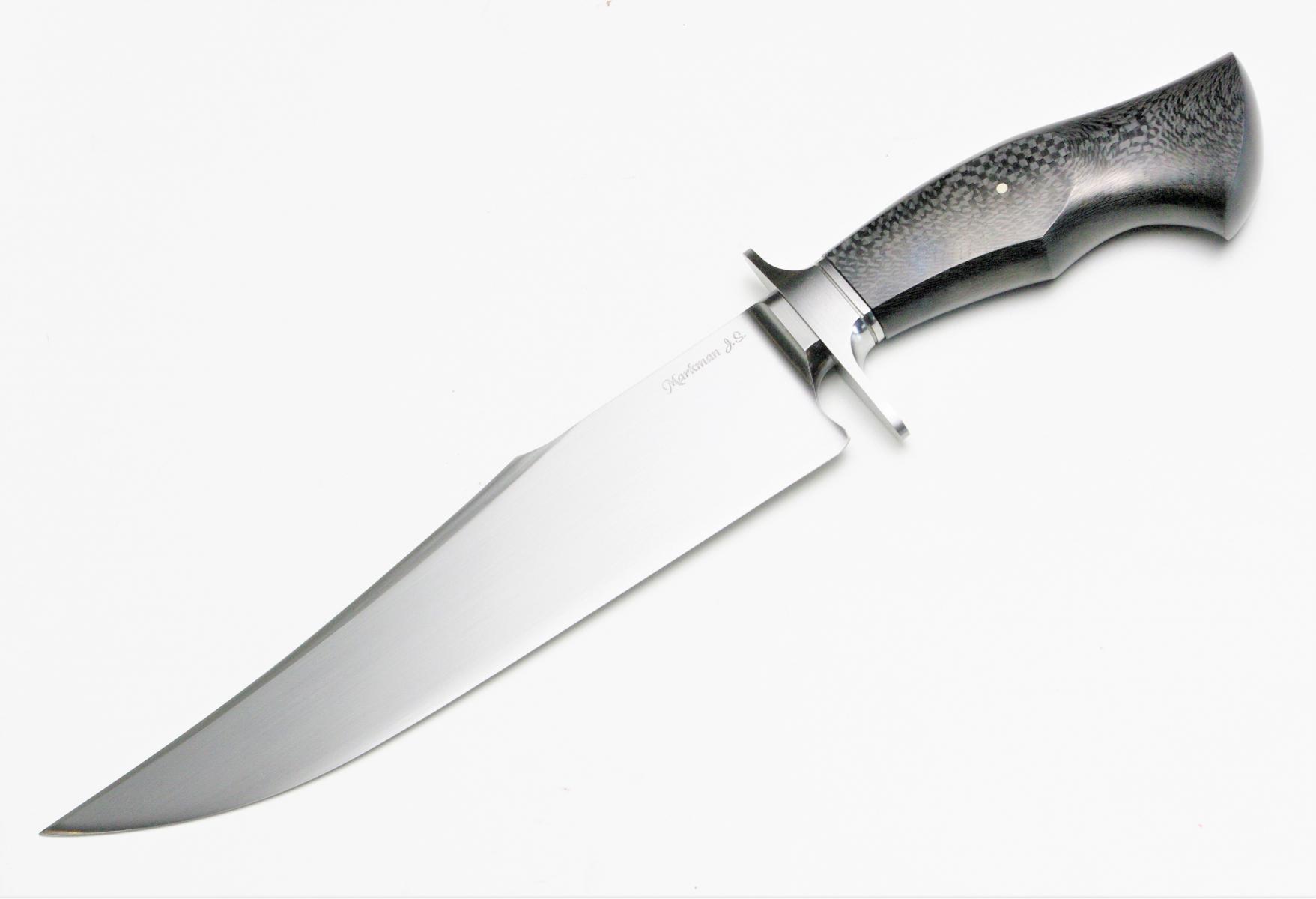 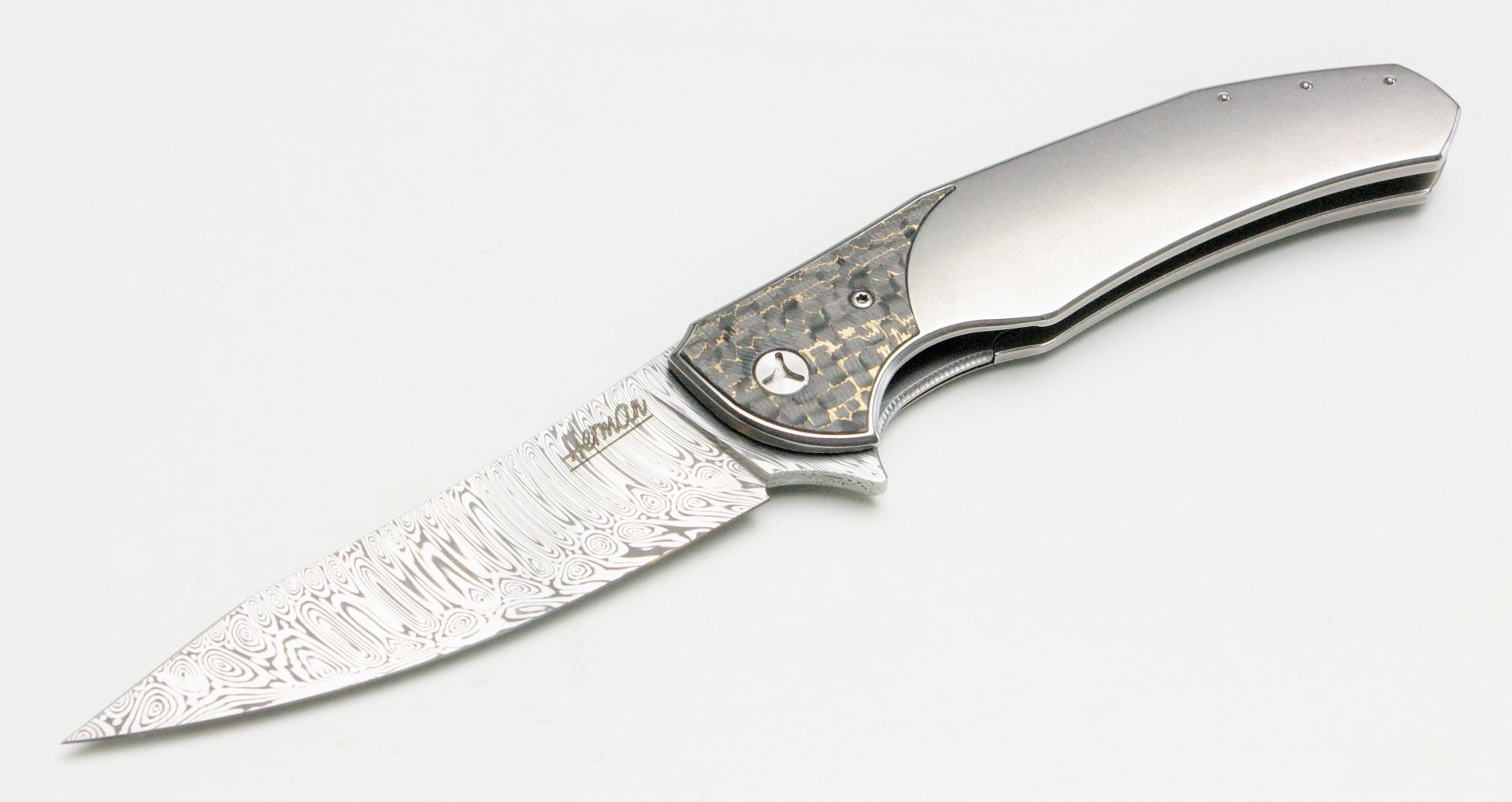 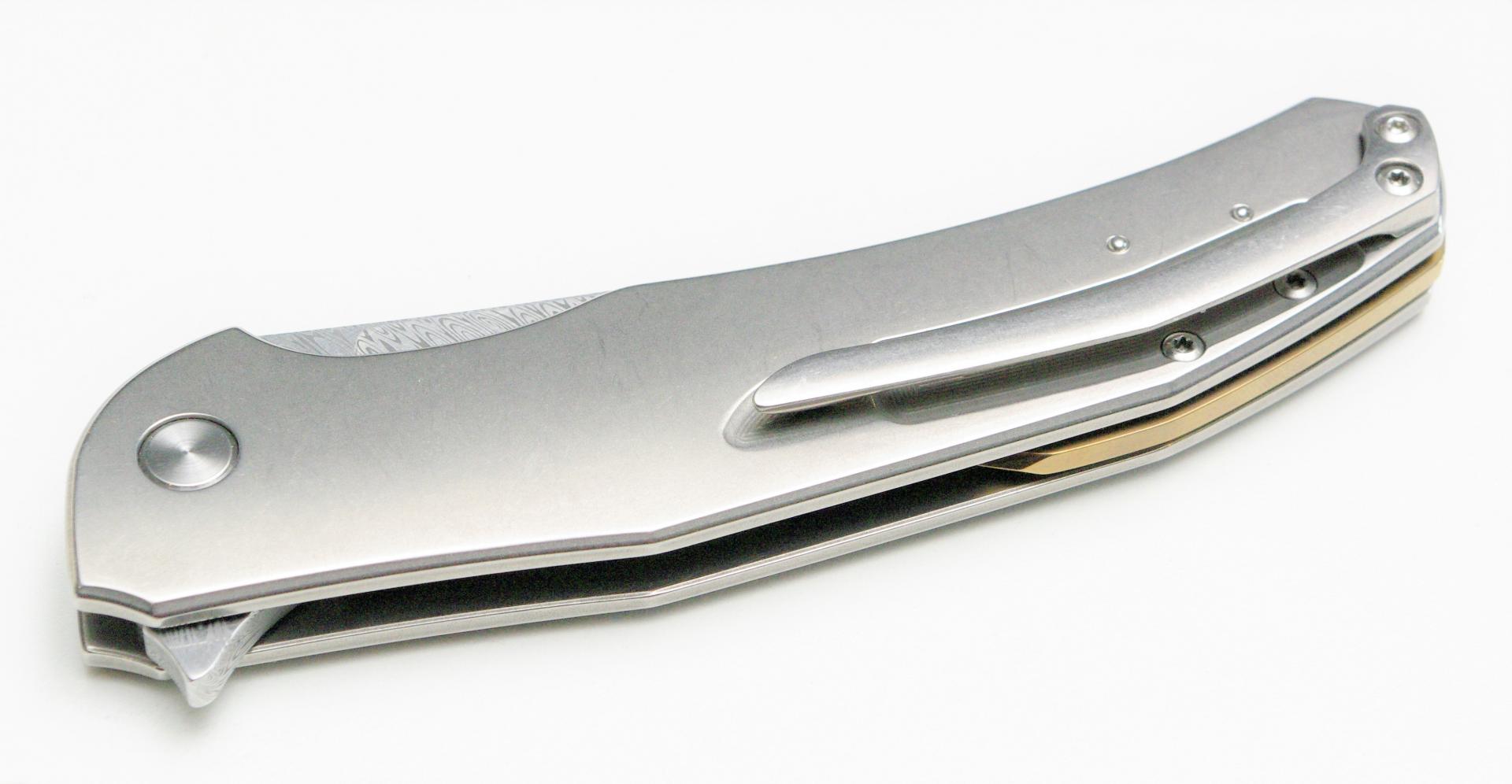 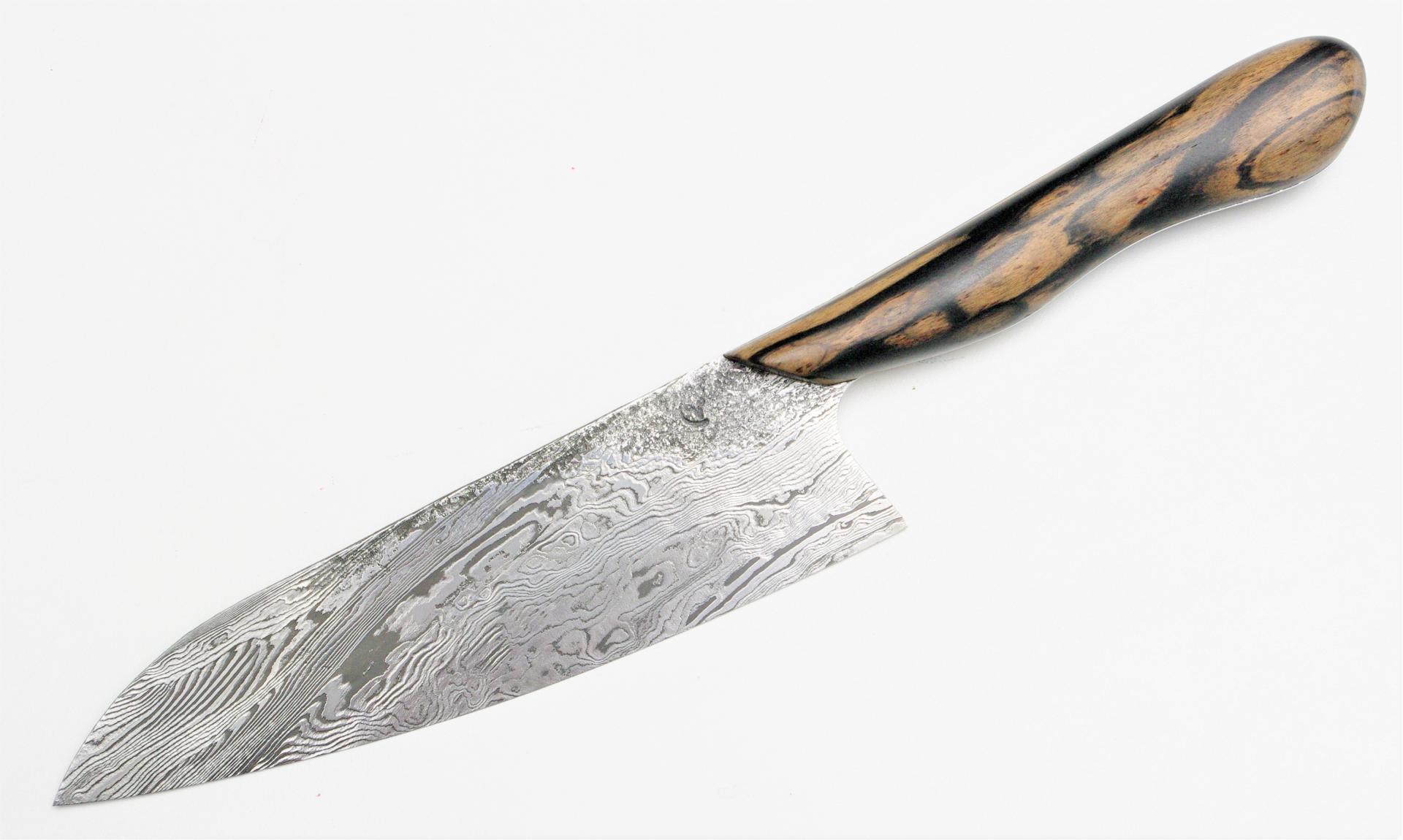 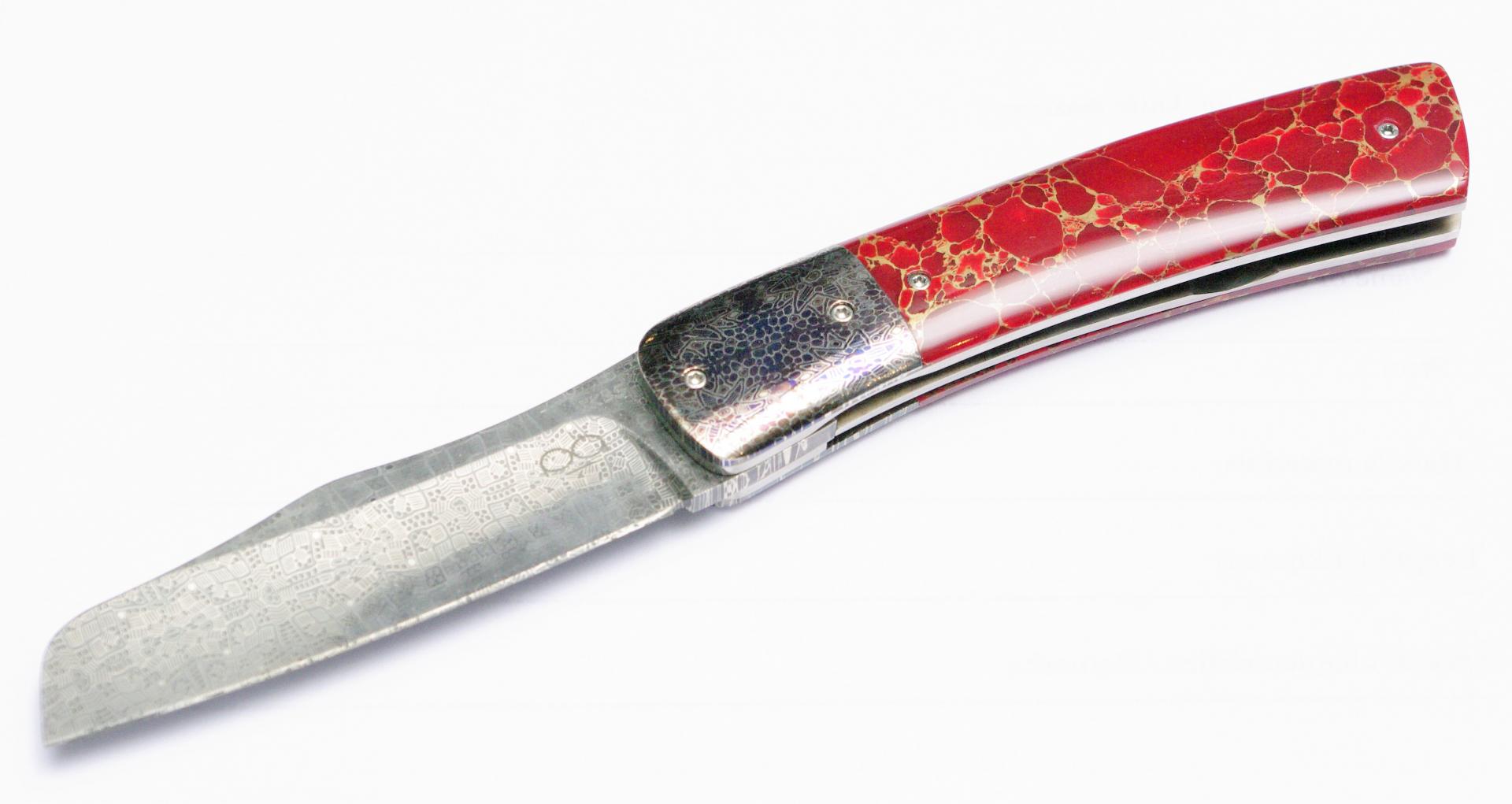 The ‘Rhino’ by South-African knife maker Pieter Annandale. The linerlock folding knife has a blade made
from Ettoré Gianferrari mosaic Damascus. The scales are reconstituted stone. The blade has the IKBS
ball bearing system with ceramic balls. 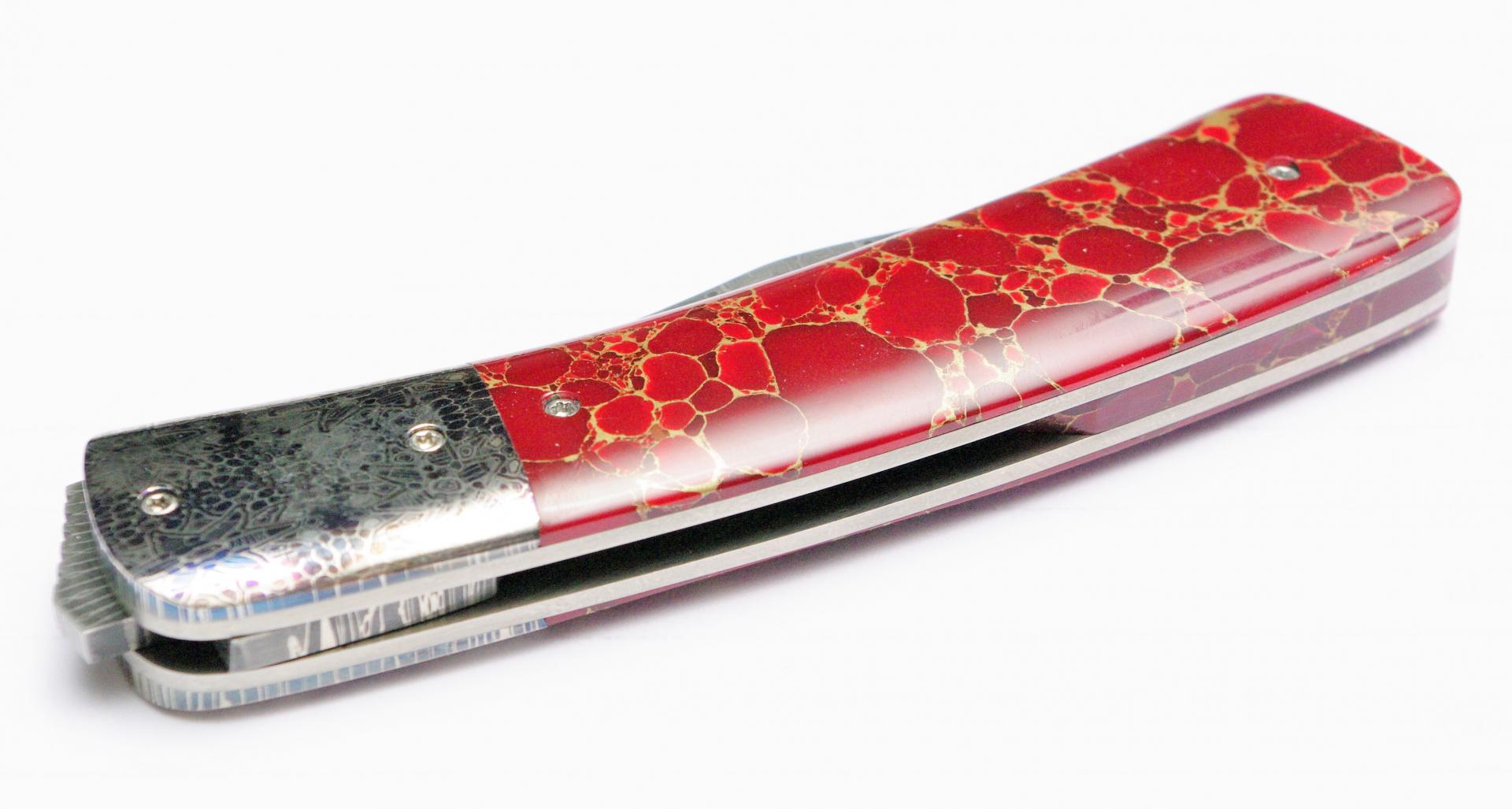 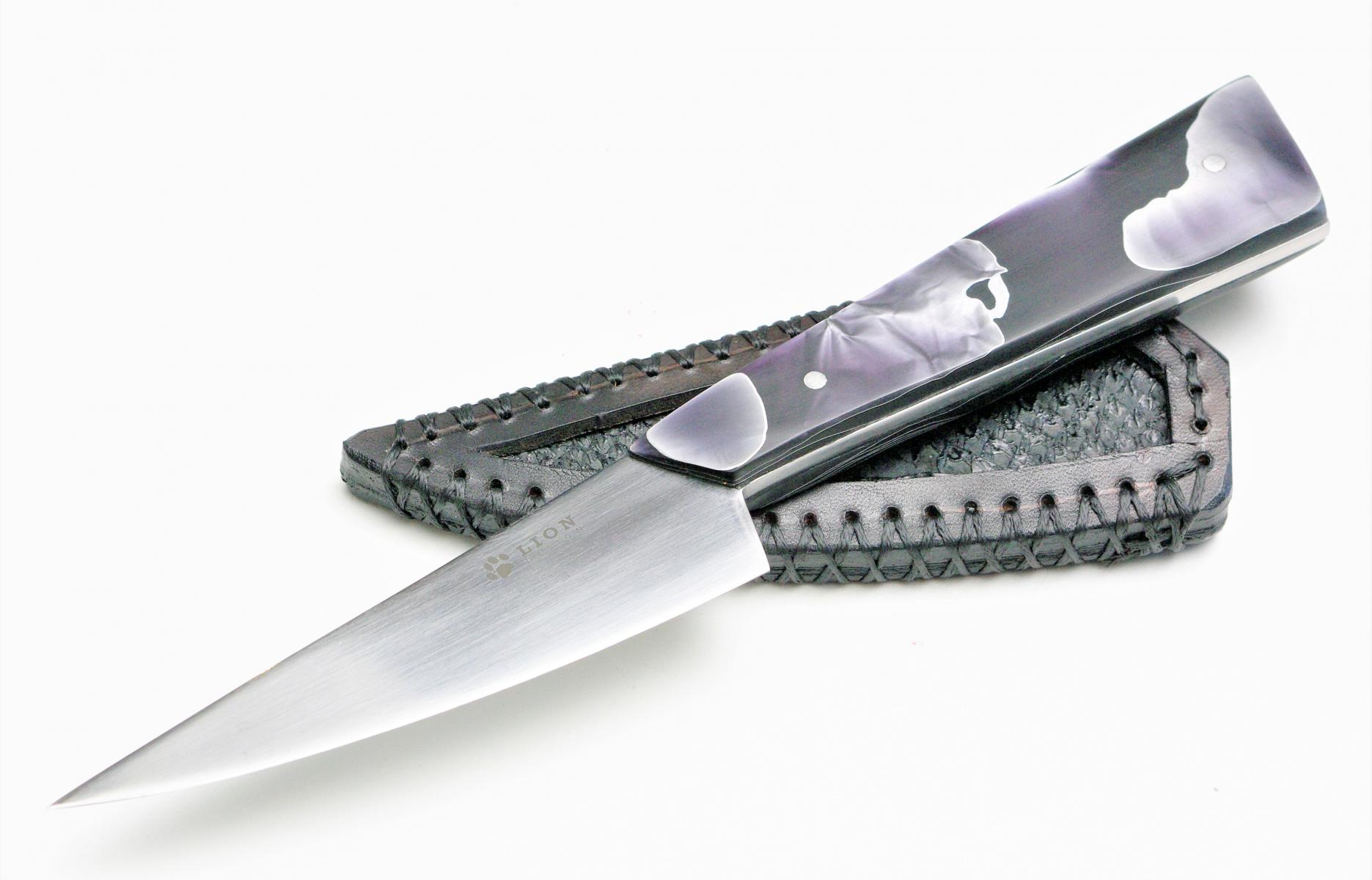 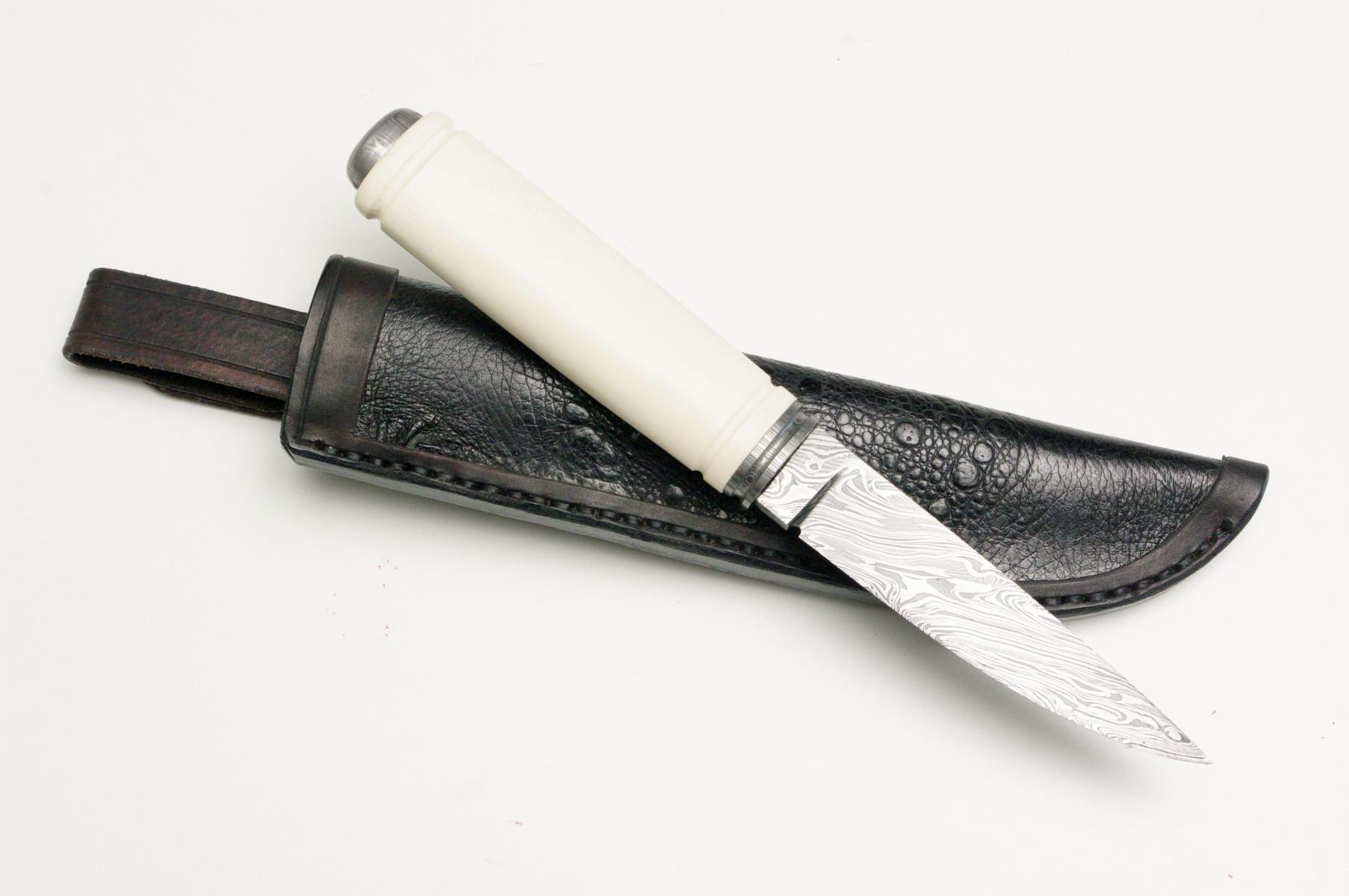 The ‘Selva Puukko’ by Dutch knife maker Gert van den Elsen. The 11 cm blade is Achim Wirtz mosaic
carbon Damask, the pommel and guard are Damasteel, the handle is mineralized Mammoth ivory. The
knife has a black leather sheath with bullfrog inlay.

The ‘Blade lock’ by Alfred Dobner. The blade is Balbach stainless mosaic Damascus, the handle is elephant
ivory. There is a small locking mechanism just behind the blade. 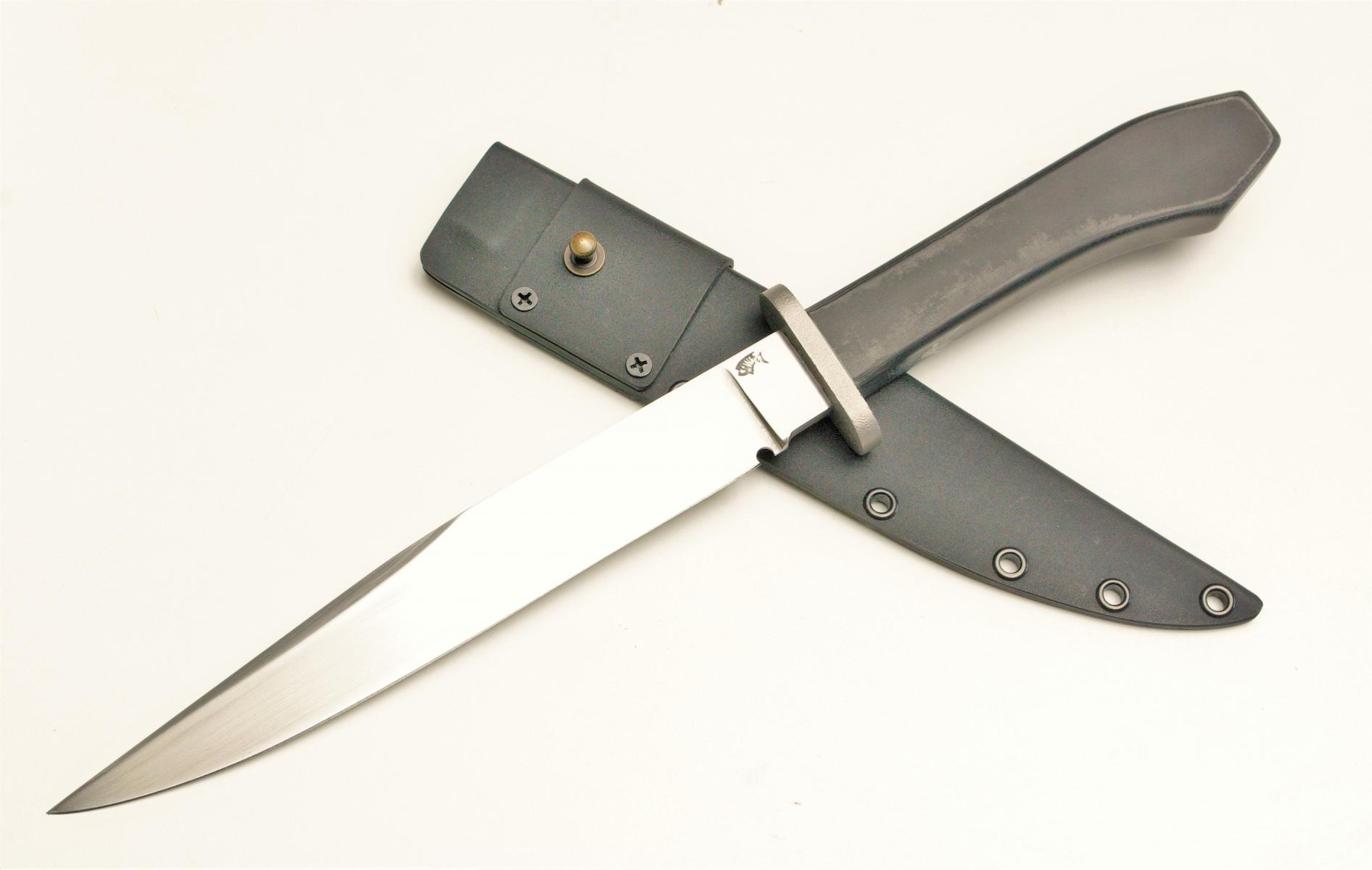