Cut & Cook: The story of a Hill Knives lobster knife

Cut & Cook: The story of a lobster knife

Almost twenty years ago, a gentleman presented himself at the door of Dutch knife makers Frans van den Heuvel and his son Albert (Hill Knives) in Rotterdam. The meeting had an awkward start, for the first thing he asked them was to sign a secrecy statement, after which Frans van den Heuvel shut the door in his face. Fortunately, that is not where the story ends. The second introduction went much better.
The gentleman turned out to be Paul Schulze, a technical draughtsman, who had designed a lobster knife at the request of Van Kempen & Begeer, a company from the Netherlands which specializes in silver tableware. Paul Schulze was looking for someone to make the knife, for Chef Cas Spijkers (1946-2011). Hill Knives agreed, and so they made a lobster knife. The 3.9 mm thick blade was AEBL Uddeholm, the bolster was titanium grade 2 and the handle material was Arizona Desert Ironwood, fixed with two RVS screws. The knife weighed 570 gram. The knife was delivered and the project seemed terminated. 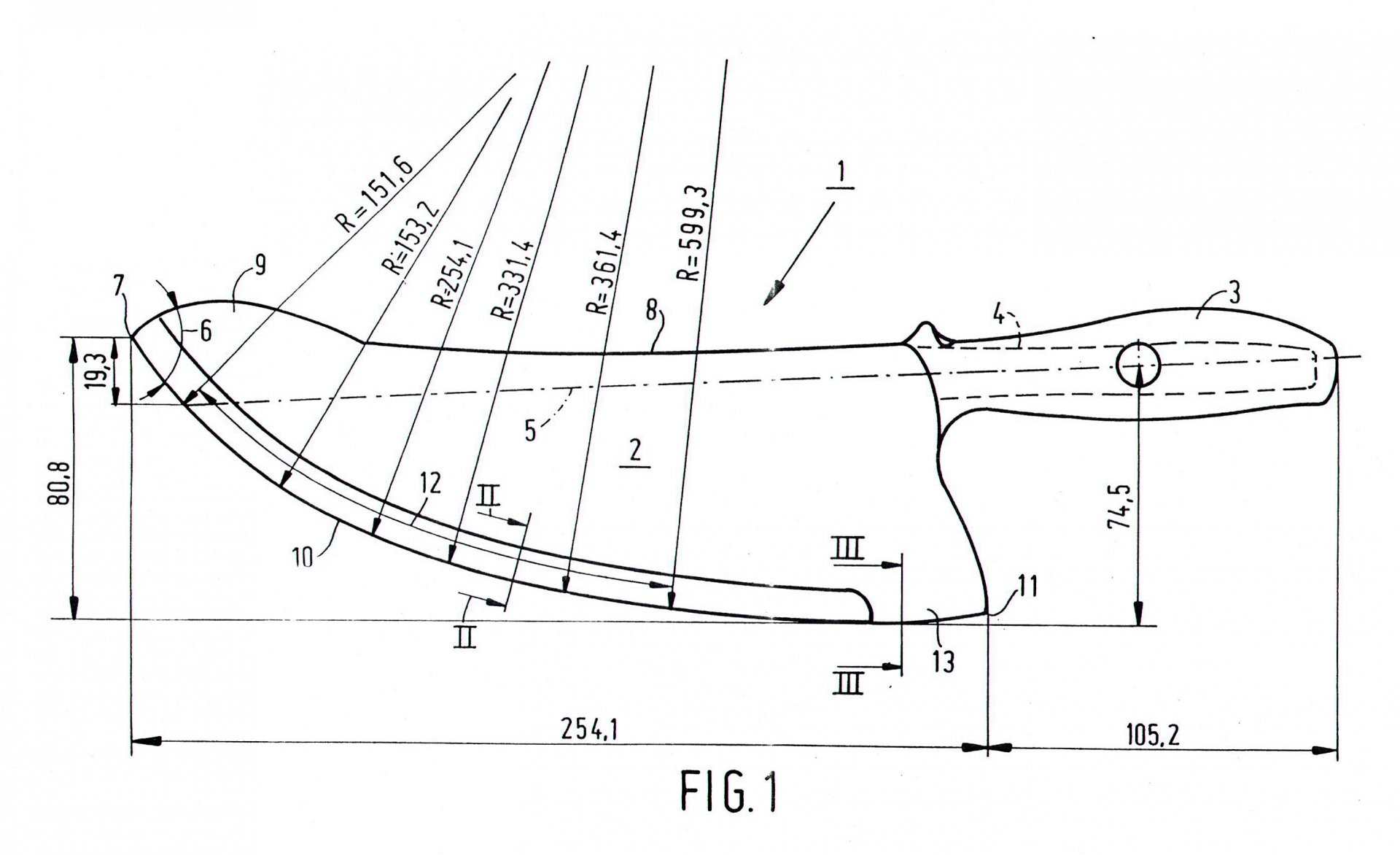 The original design for the Lobster Knife, by Paul Schulze. 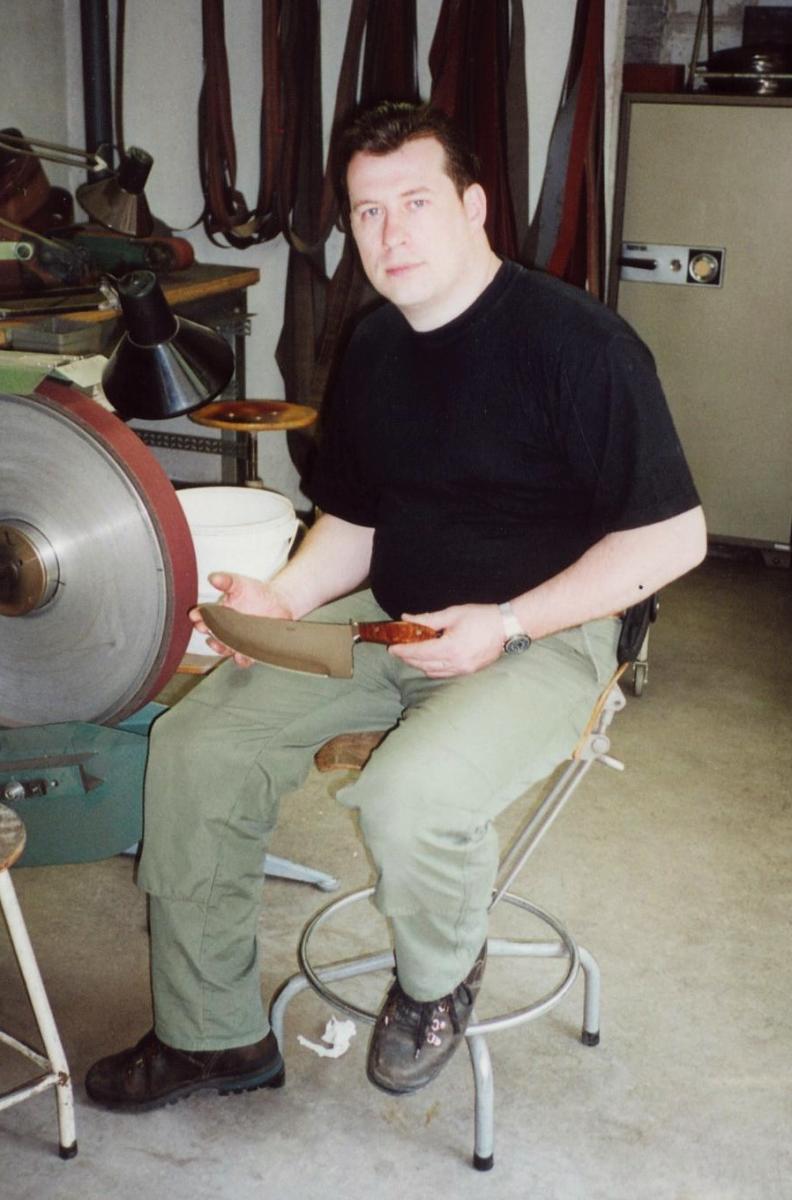 Albert van den Heuvel with the first Lobster Knife, almost
twenty years ago.
In 2014, Hill Knives was contacted by Olivier Doesburg, a young man working on a school project about the Cas Spijkers Lobster knife. He was looking for information.
Father and son Van den Heuvel were very surprised when Olivier showed up – not with the original knife, as they had expected, but with a similar model made by the Gero company, at the request of Cas Spijkers. According to Olivier, Gero had ordered 100 pieces to be made in China. Olivier left the knife with Hill Knives and went home with a lot more information than he had hoped for and even some pictures of the first model. Obviously, his project was successful.
In 2017 the story took yet another turn. Albert van den Heuvel was contacted by Jan Kerkhof from the Cas Spijkers Academy (a college for chefs), who was looking for someone to make a knife. “Might that be the Cas Spijkers Lobster Knife?”, Albert inquired. Indeed it was. It turned out that the Cas Spijkers Academy gives away two of these knives each year. They had managed to obtain the remaining examples of the Gero production, but were running out. 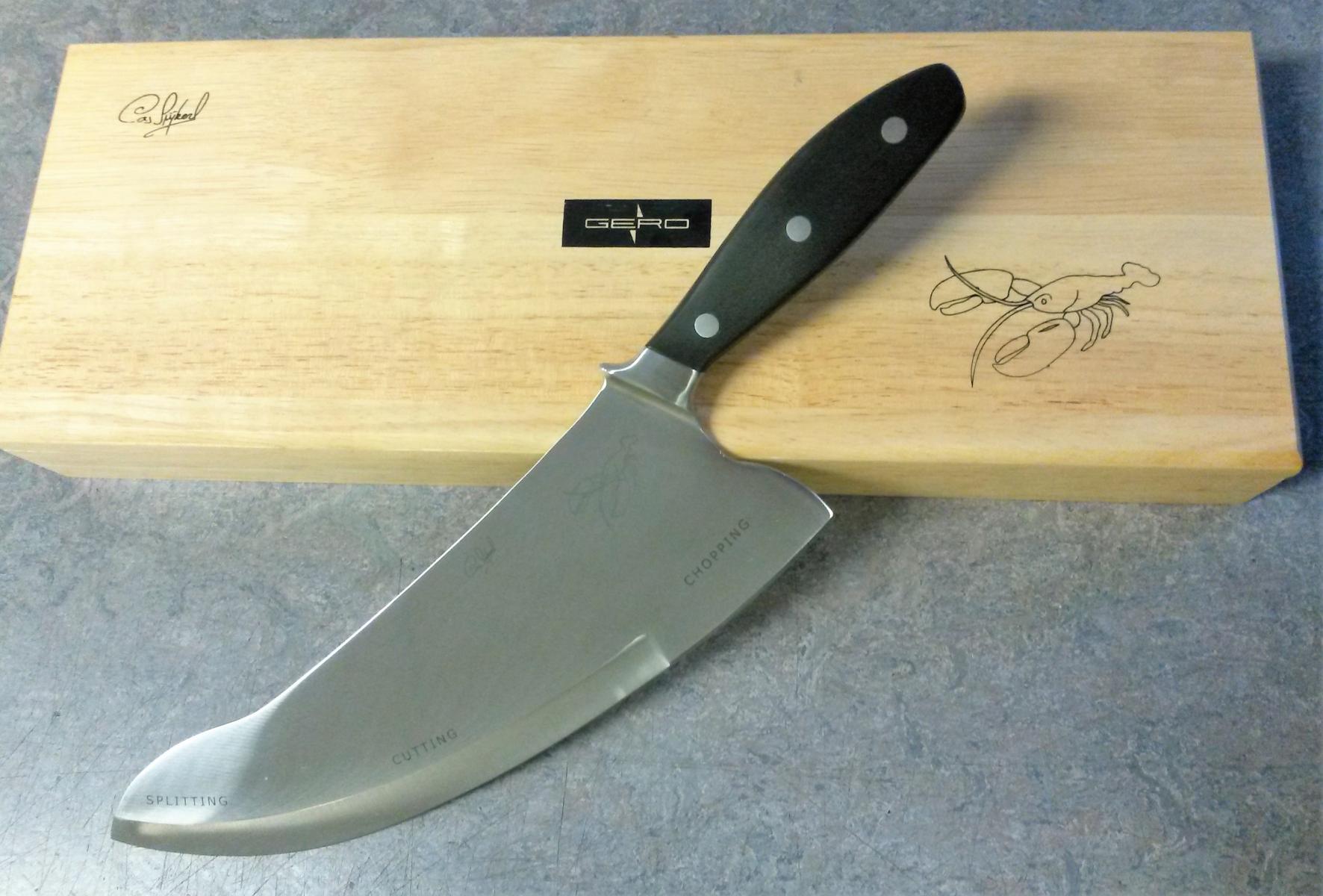 The version of the Lobster Knife as made by the Gero company.
And so, almost twenty years after the first model, Hill Knives made two more Lobster Knives. The 3.75 mm thick blade is made from 14C28N Uddeholm. It measures 260 mm and is dived in three clearly marked segment: Splitting, Cutting and Chopping. It has Cas Spijkers’ signature and a drawing of a lobster on the blade. The bolster is RVS 316 and the handle is Grenadille (African Blackwood). The total length of the Lobster Knife is 360 mm and it weighs 540 gram. 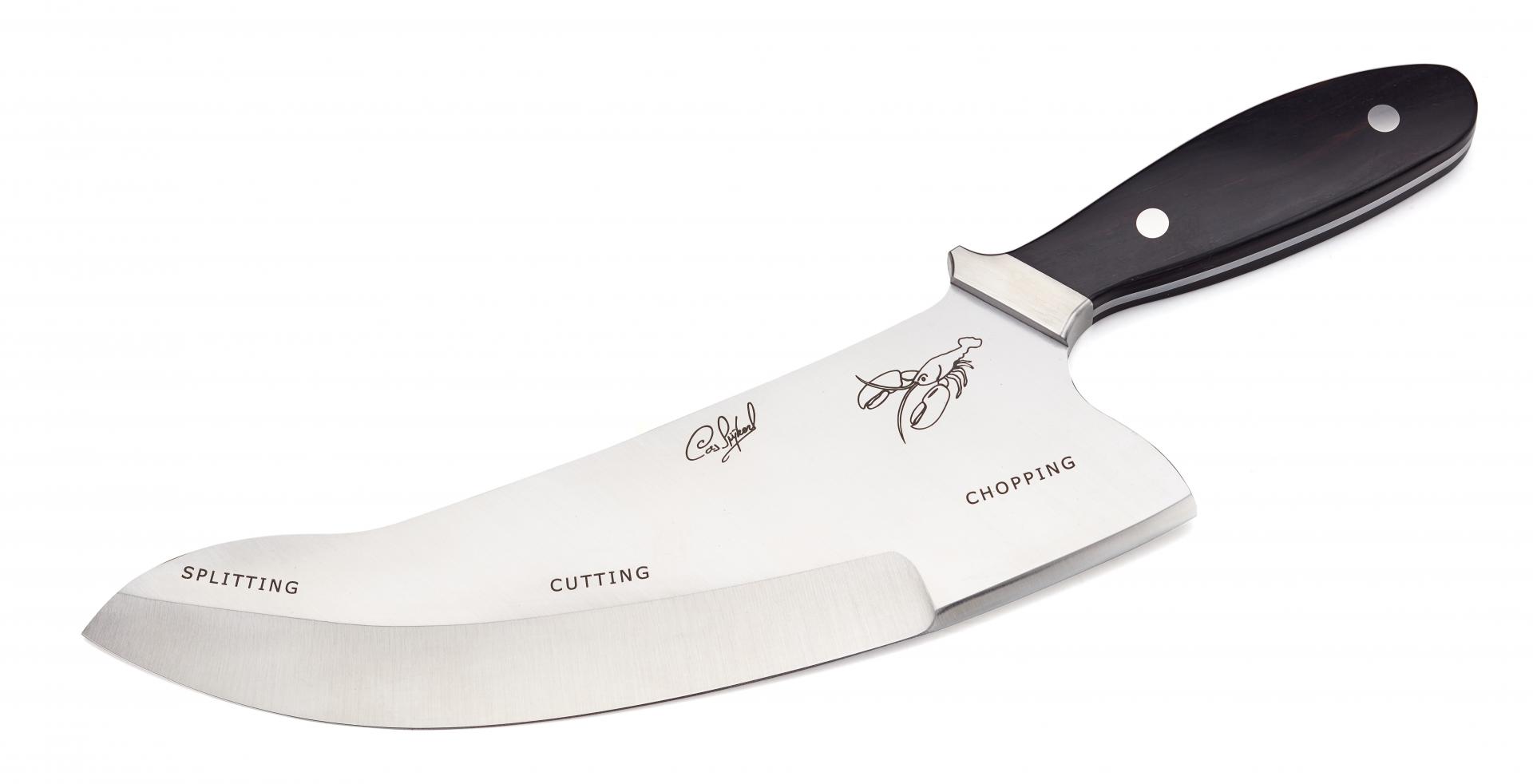