Brno is the capital of Moravia, the eastern part of the Czech Republic. This ancient city, which has retained much of its historical charm, is home to the Brno knife show, which celebrated its 25th edition on March 18.

Czech and Moravian knifemakers are well known all over the Europe. The Czech masters are winning awards at fairs, including awards in superpower-blade countries like France. The Czech Republic consists of two major parts: Bohemia (the western part of the country) and Moravia (the eastern part). Capital of the Czech Republic is Praha (Prague), capital of Moravia is Brno - smaller in size. In the past it stood as a crossroads for trading routes; as such, it has a rich history and the town’s centre still retains its historical aesthetics. On the other hand, it is an industrial town, university and institute town, a place rich in intellectual life. Brno is a nice place to spend a holiday or simply to visit.
On March 18th, this charming, grand town hosted the 25th knife exhibition Brno Super 2017. As was the case in previous years, the host of the exhibition was Brno’s municipality. Brno’s Mayor Mr. Vokral provided his patronage to the exhibition. The town hall is a former Dominican monastery and the exhibition was held in the former via crucis, an arcade encircling the inner yard of the town hall. The principal organizer of the exhibition, Mr Lubomír Maděrič, is one of the leading Czech and Moravian knifemakers whose mastery is prominently demonstrated in fixed blade fighting knifes. The exhibition was founded in 1993 by Mr. Autrata, a leading curator of the Brno’s Technical museum and an organizer of the Bohemia Cultellatores Association, the first Knifemaker’s guild in Czech Republic. After four years, Mr. Autrata withdrawn himself from the executive role. The exhibition has been transferred to the town hall and the primary organiser and spiritus agens of it has since been Lubomír Maděrič. 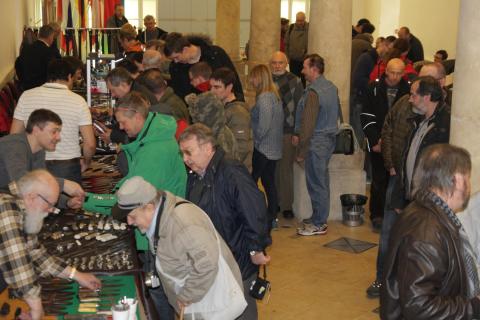 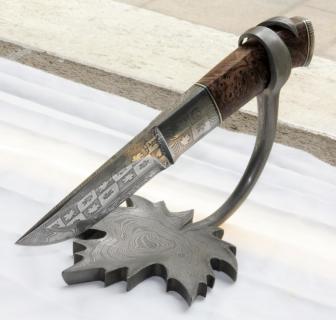 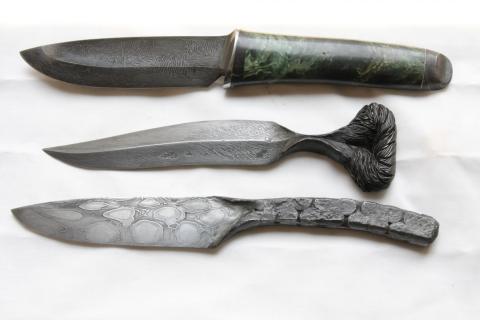 The exhibition has seen its highs and lows but looking at its growth now it seems that it is rising again. In 2017, the exhibition included 70 tables with approximately 50 exhibitors from Moravia, Bohemia, Slovakia, Hungary and Austria. The high number of Slovakian and Hungarian knifemakers seem to confirm, that the Brno still is a trading crossroad. Another confirmation of this fact is the list of awards, a truly international one. The exhibition is open to everyone, there are no limits to the exhibited knives, therefore the knives shown represented a full spectrum, from a simple, working tools of almost industrial form to some highly-elaborated states of art. The knives were mostly fixed blades used for hunting purposes, general use and combat. There were also exhibits of replicas of historical knives and an offer of folders. Only one table was dedicated to the industrial production. The number of visitors has been hard to assess, but with respect to a bit stressed confines of the historical arcades I assume there were around 1300 visitors. The exhibition was intended for trading. However, the knives that were sold had to remain on the table through the whole exhibition (09:00 - 16:00 CET).
For the entertainment of the visitors there were demonstrations of historical fencing in the inner yard of the Town hall. 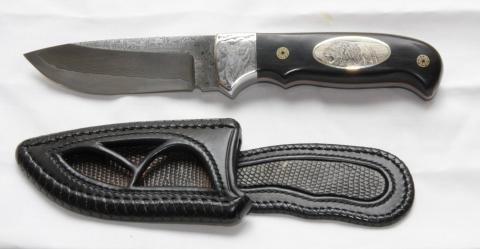 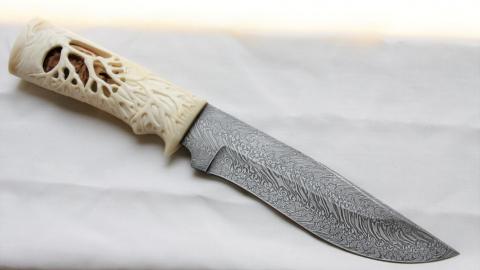 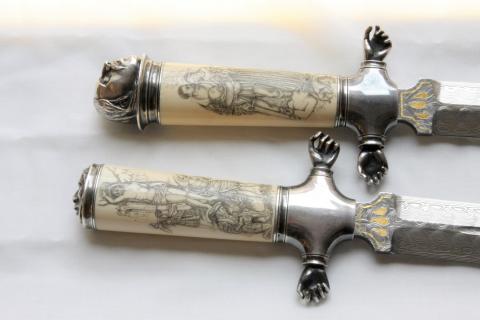