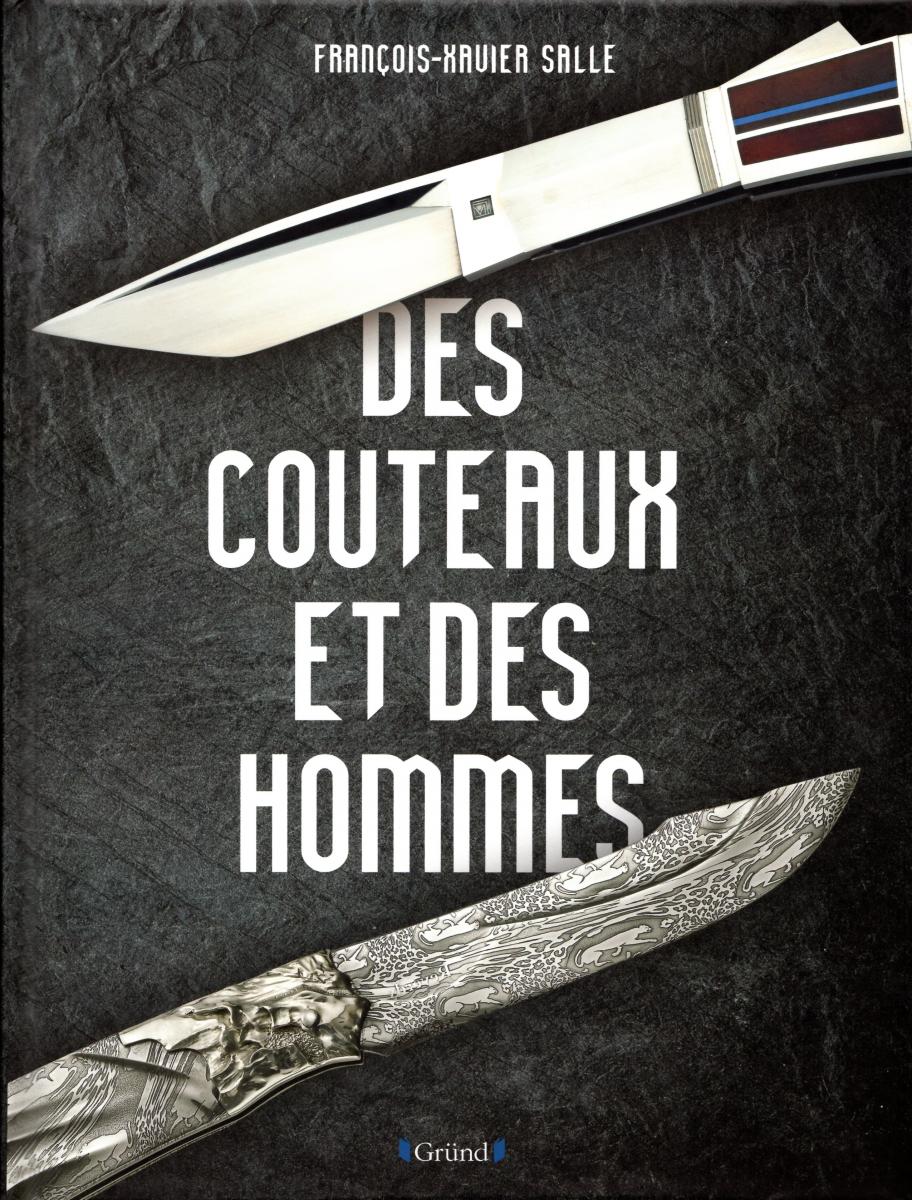 In 1937, John Steinbeck published his famous short story ‘Of Mice and Men’. That title may have been the inspiration for François-Xavier Salle, who recently published ‘Des Couteaux et des Hommes’, a French title which translates as ‘Of Knives and Men’.
For almost 20 years, François-Xavier Salle (or FX, as he is commonly known) has been the owner, publisher and editor of the French knife magazine ‘Le Passion des Couteau’, a high-quality magazine which gained him a reputation in the French-speaking part of the knife world, and put him in touch with the world’s foremost knife makers.
When someone of this standing says goodbye, there is often the habit of publishing a Liber Amoricum, a book of friends, compiled in honour of the farewell. ‘Des Couteaus et des Hommes’ is a Liber Amoricum in reverse. It appears to be FX’s tribute to his favourite knife makers. Forty-six of them are presented, each with one or more of their knives, in marvellous pictures which were mostly made by the author.
The title of this publication is a bit puzzling. ‘Of Knives and Men’ suggests more than a picture book. It hints to a profound literary, philosophical, poetical and intellectual ‘discours’ on knives and knife makers, for which the French are famous; the culmination of FX’ years of experience, so to speak. The introductory texts on the knife makers, however, are informative but rather brief. There is no explanation as to why exactly these 46 knife makers were chosen. And, there are four women between the men. But apart from that, the knives and pictures are wonderful. And who knows: maybe one day Mr. Salle will sit down and write his memoirs – on knives and men.