Better than last year, but still with plenty of room for improvement; that was, in brief, the general opinion after the second edition of Bladestock in the Netherlands. Organiser Henk Hakvoort will look into it, and he has already set the dates for next year: June 29 and 30, 2019.

The idea is great and so is the name: Bladestock, an open-air event for those who like knives and the outdoor, set in a beautiful spot in a wooded environment, but close to a major highway, near the town of Nunspeet. This year was the second edition. 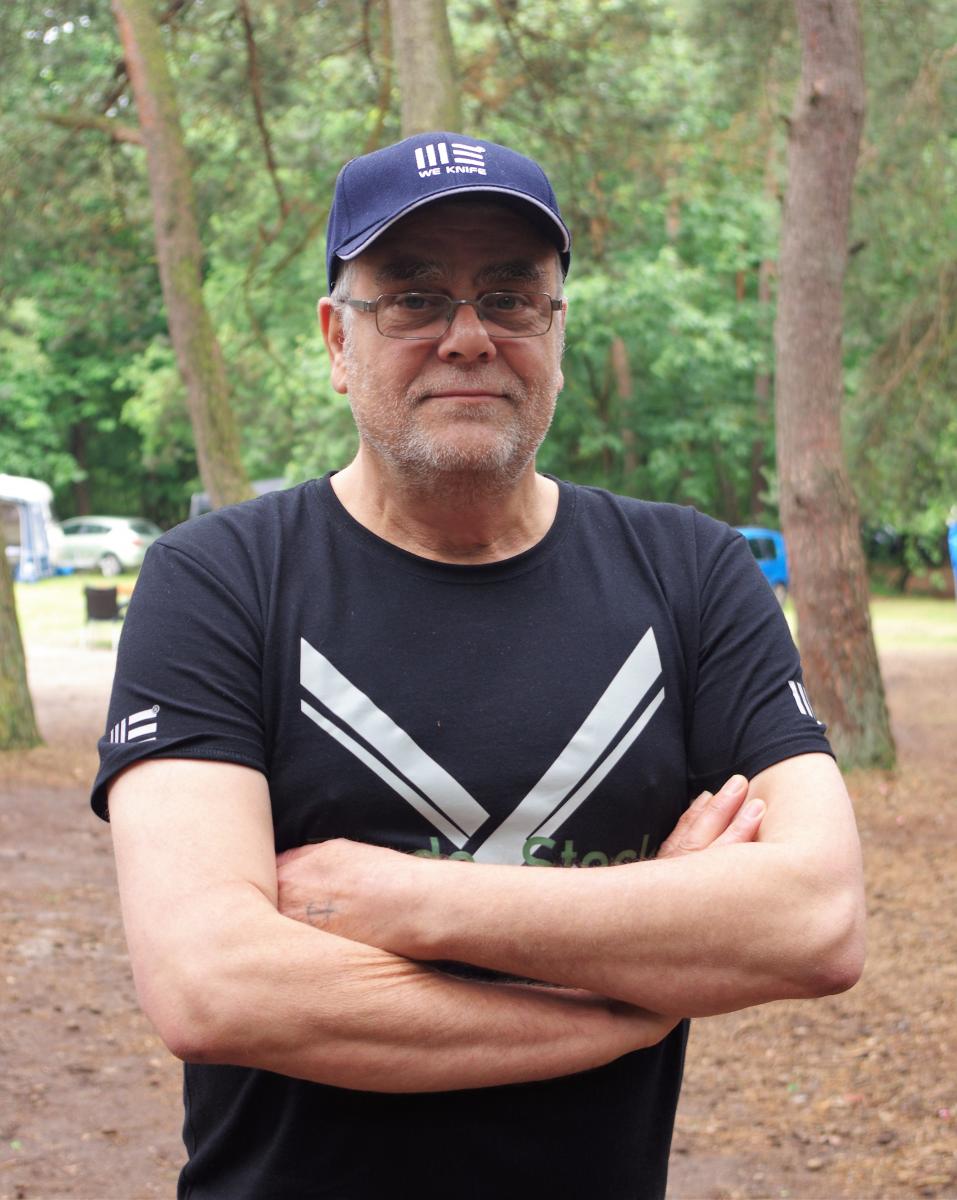 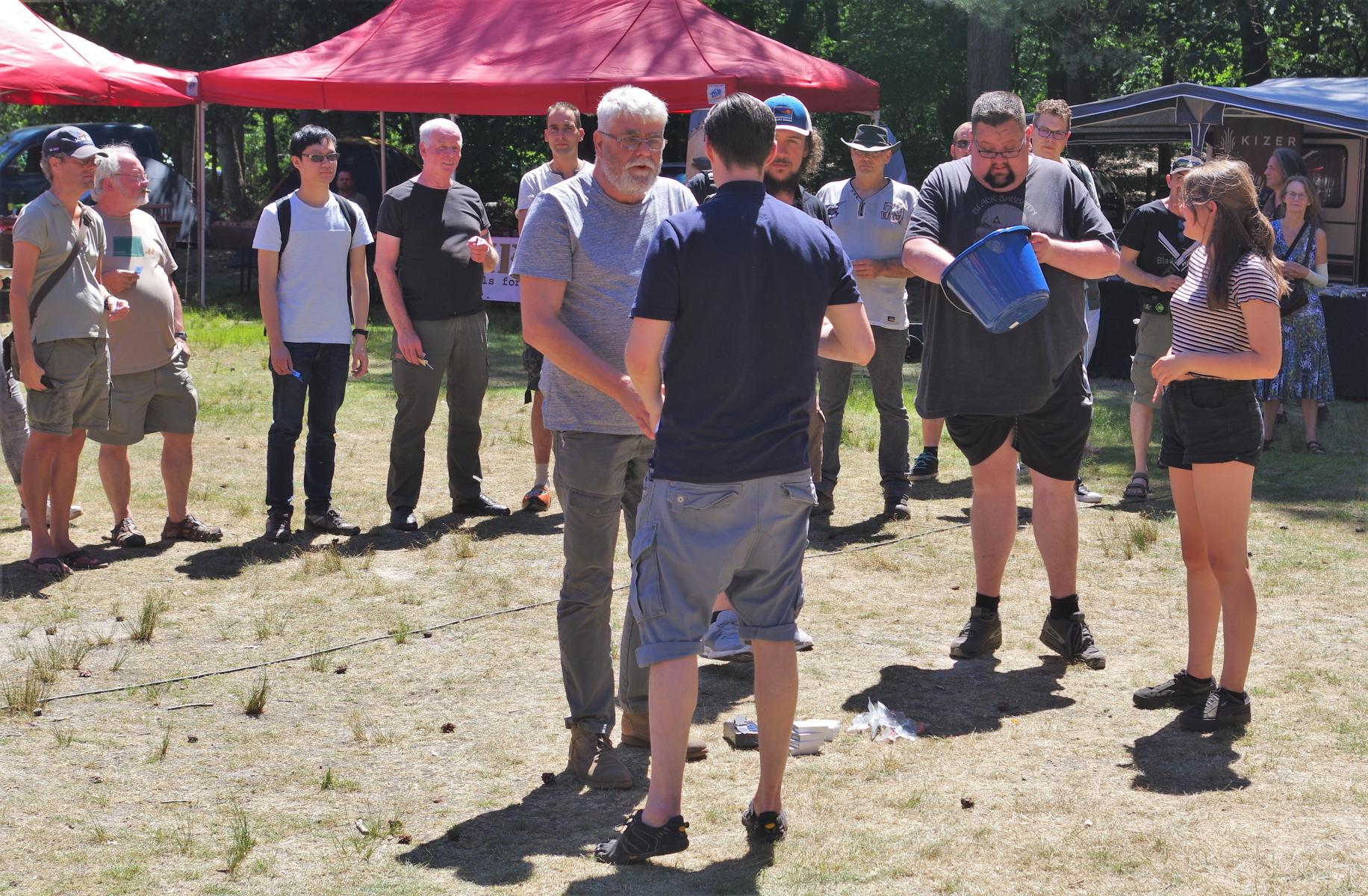 Left: Henk Hakvoort, organiser of Bladestock in the Netherlands. Right: No show without prizes. The
weather was beautiful and Bladestock was the beginning of an exceptionally hot and dry summer.
For those who missed it: for several years, Dutch knife aficionado Henk Hakvoort has staged a monthly meeting for knife enthusiasts. There, the idea was born for an event for a much larger group of people. Knife lovers, collectors, bush crafters, preppers, outdoor enthusiast and the like. A two-day open-air event, named Bladestock.
Something like that takes time to develop. Bladestock’s first edition, in 2017, had some initial problems, partly due to the uncertainty about the availability of the terrain. The second edition, in June this year, had some problems as well. The night before the event, some practical joker had removed all the signs pointing to the location, and instead of white tents, the company delivered red ones, resulting in red knives and knife materials.
Fortunately, the organising team – consisting of Henk Hakvoort, Mark Esser and Henk Kramer – is not easy to discourage. The dates for next year have been set: June 29 and 30. There are already more exhibitors, and more sponsors. “Bladestock is here to stay”, says Henk Hakvoort. We certainly hope so.
More information will be available soon through www.bladestock.eu. 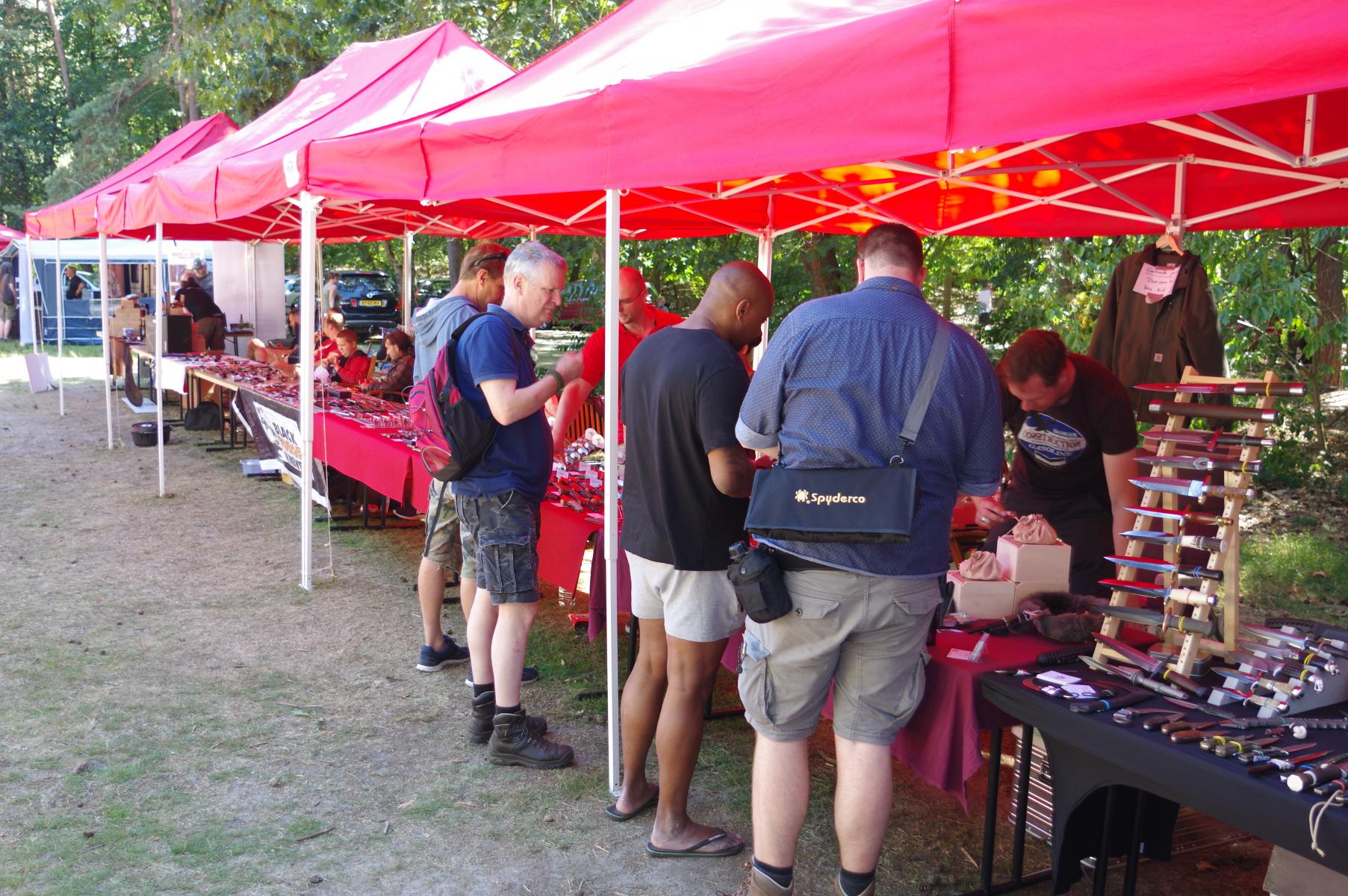 A part of the Bladestock show ground.