The idea is great, but the allotted time too short, so the first edition of Bladestock left much to be desired. But Bladestock will be back in 2018, organiser Henk Hakvoort promises. 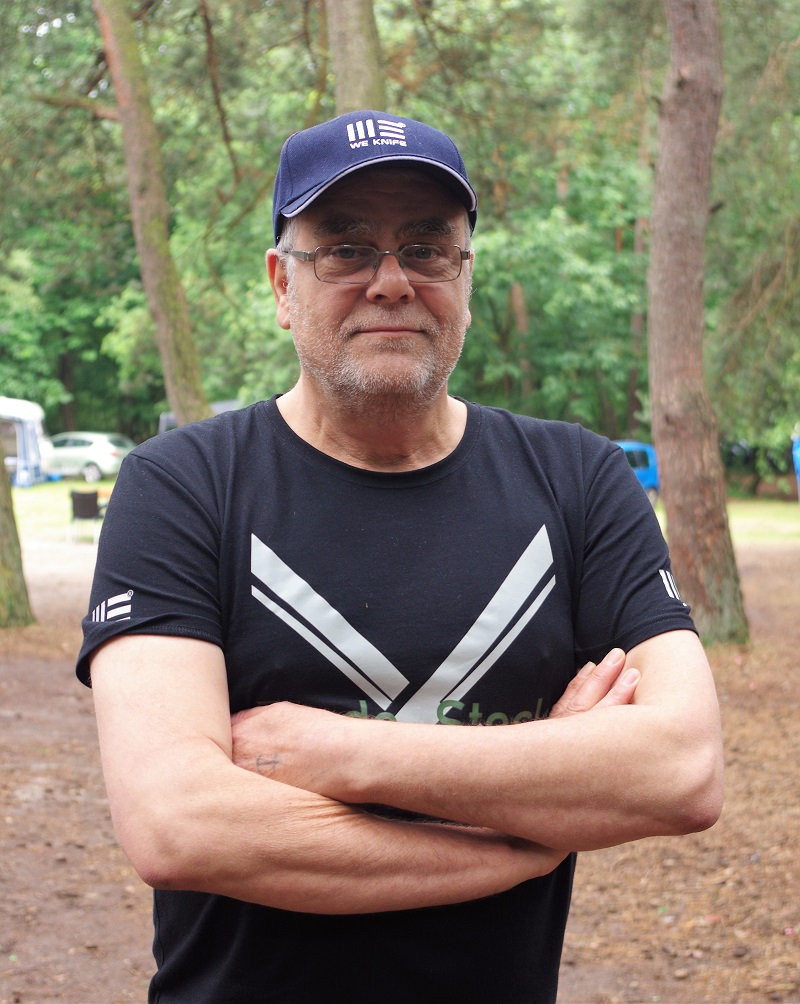 Henk Hakvoort, organiser of Bladestock
in The Netherlands.

Dutch knife aficionado Henk Hakvoort hosts a monthly gathering of knife enthusiasts who not only discuss knives, but also ways whereby knife lovers could come together. Henk and his group have long felt that something was missing. Thus, the idea was born for a community event held for a wide group of people: knife collectors, survivalists, preppers and bushcrafters. A two-day gathering, outdoors, with a combination of shows, demonstrations and endless discussions about knives and gear. A competition on Henk’s Facebook page resulted in an appropriate name: Bladestock. The first edition was held on July 1 and 2, of this year. 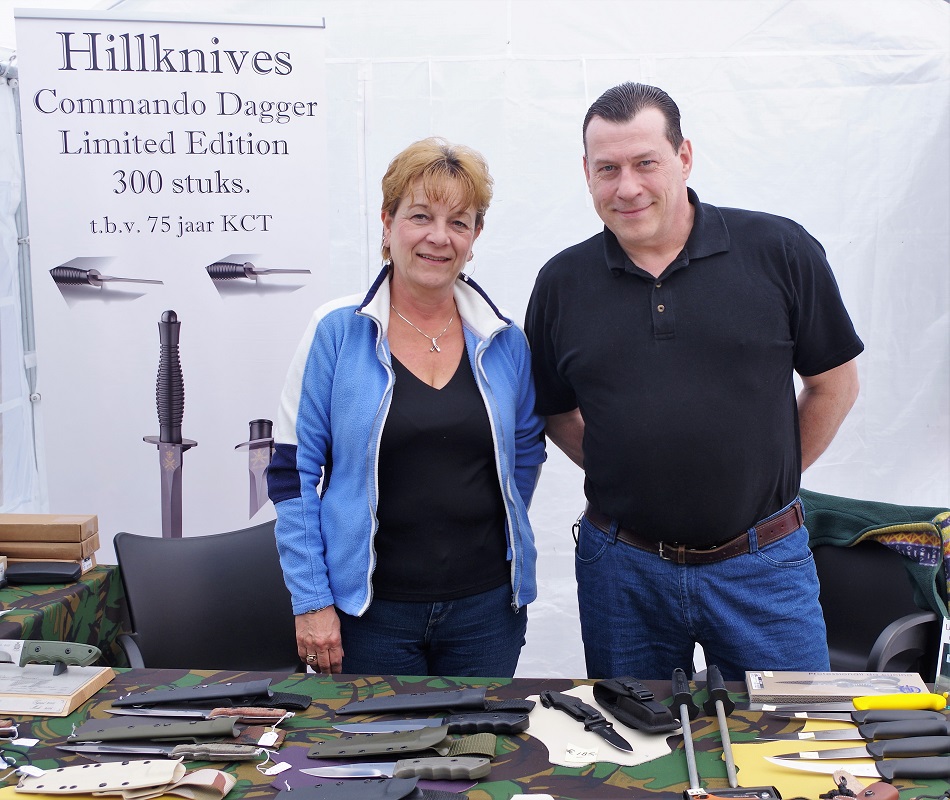 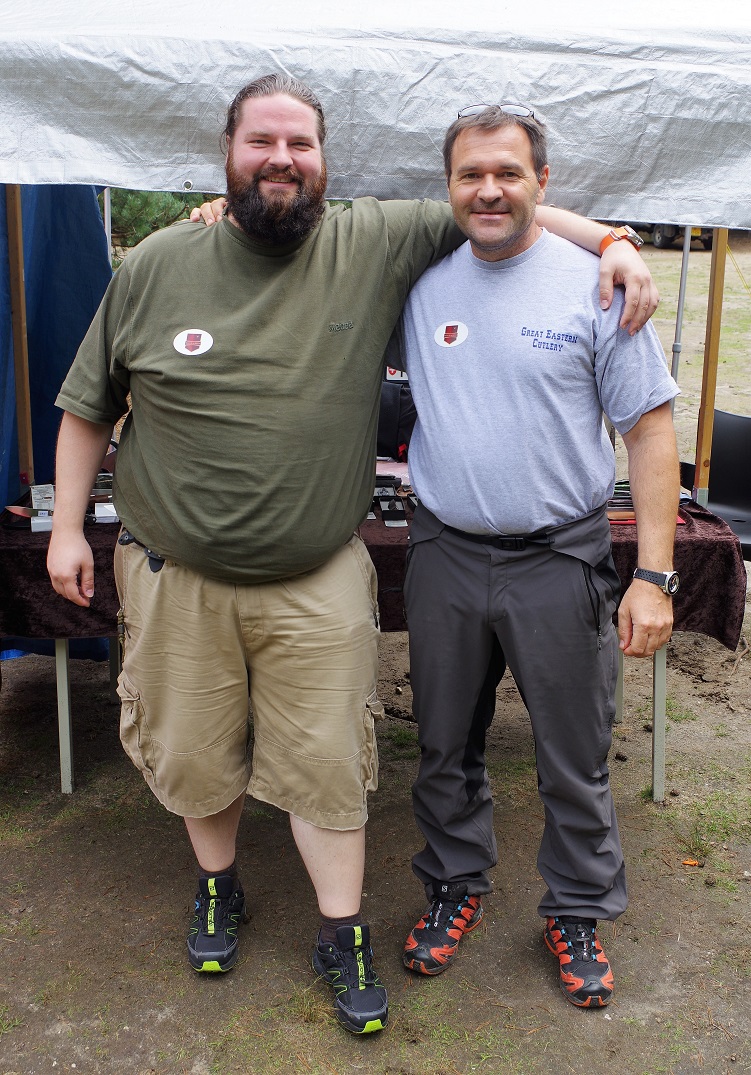 Left: Albert van den Heuvel from Hill Knives and his wife Jacquelien at Bladestock. Right: Florian Sommer (left)
and Richard from Tools for Gents, a shop that specializes in exclusive knives, watches and ‘EDC stuff’.

This first Bladestock had some teething troubles. Preparations started very late and there was little promotion. Many visitors who registered did not show up because of the bad weather; and all in all, there were less than a dozen exhibitors. But Henk Hakvoort is an optimistic man, and the idea has merit, so there will be another Bladestock next year. Henk is aiming for a European audience. The date has already been set: June 30 and July 1. For more information see www.bladestock.eu. 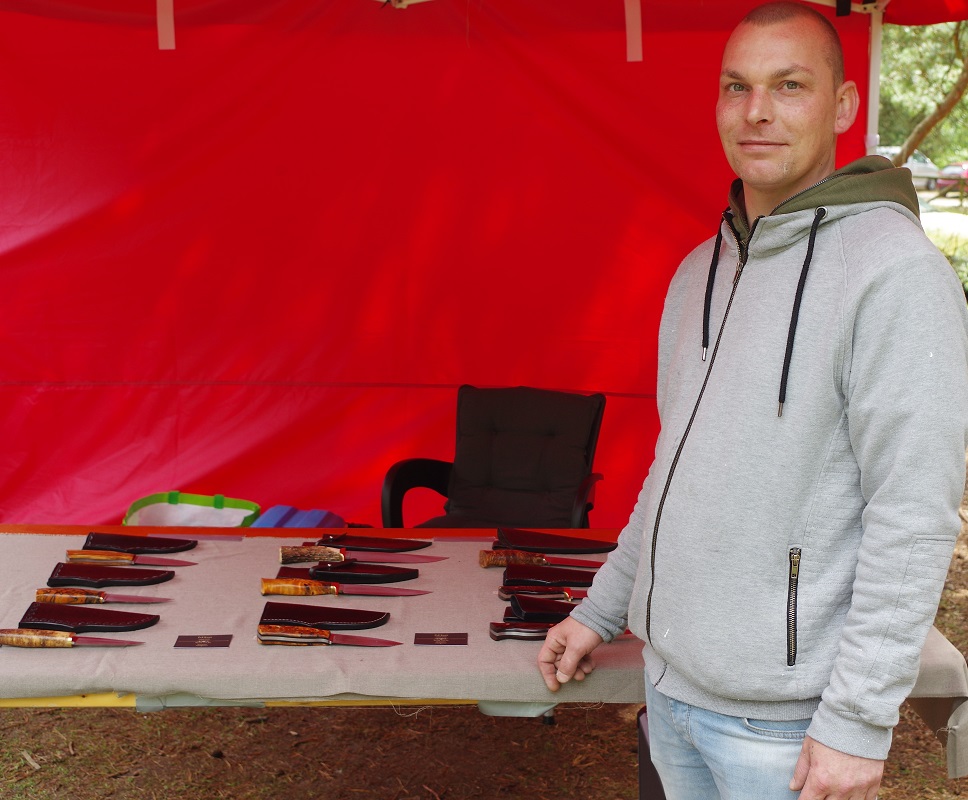