The “Napoleon garniture”, a set of a rifled carbine, a pair of rifled carriage pistols, a pair of pocket pistols and a sword and scabbard, all made by the Versailles Manufactory for the French emperor, was sold in December 2021 for almost three million dollars at Rock Island Auction. 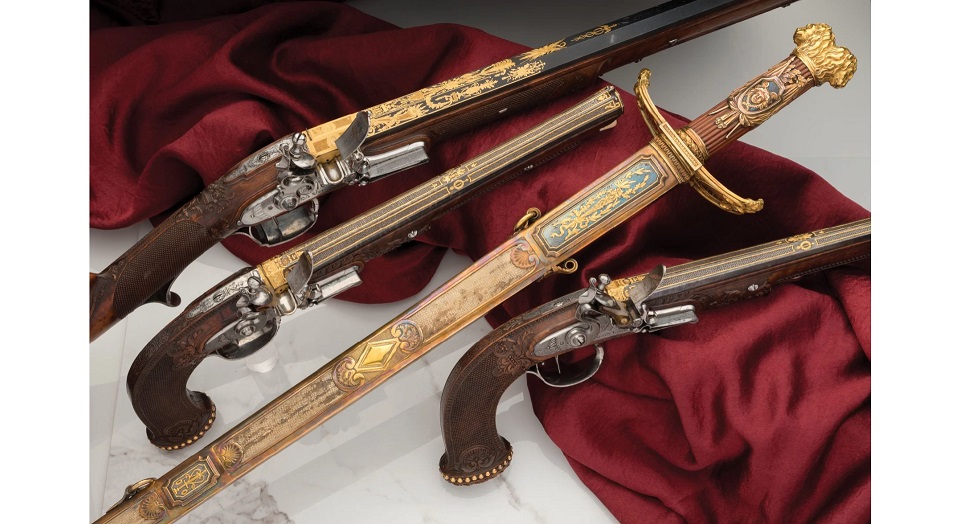 This incredible set of five firearms and a sword, made by the Versailles Manufactory led by Nicolas-Noël Boutet was, according to the auction catalogue, "presented to General Bonaparte by the Directory of the French Republic in the year 1797, as a testimony of their approbation, in consequence of his beating the Austrians and Sardinians, and forcing the King of Sardinia into a hasty peace. The sword is the one Bonaparte carried in his hand when he drove the Council of Five Hundred out of St. Cloud, and became in consequence First Consul. When Bonaparte was made Emperor, he gave the case as a present to Marshall Junot Duke of Abrantes, with whom it remained till his death. "
The Duchess of Abrantes then sold the cased set to an officer then in the command of the French Emperor, and after the Battle of Waterloo it was brought to the United Kingdom, where it was displayed in 1816.
The original case, which is lost in time, was described as  being "made of very curious wood, mounted with a strong silver joint the whole length of the case, and a strong silver lock and staples, of the same dimensions."

For more information and the complete catalogue see www.rockislandauction.com. 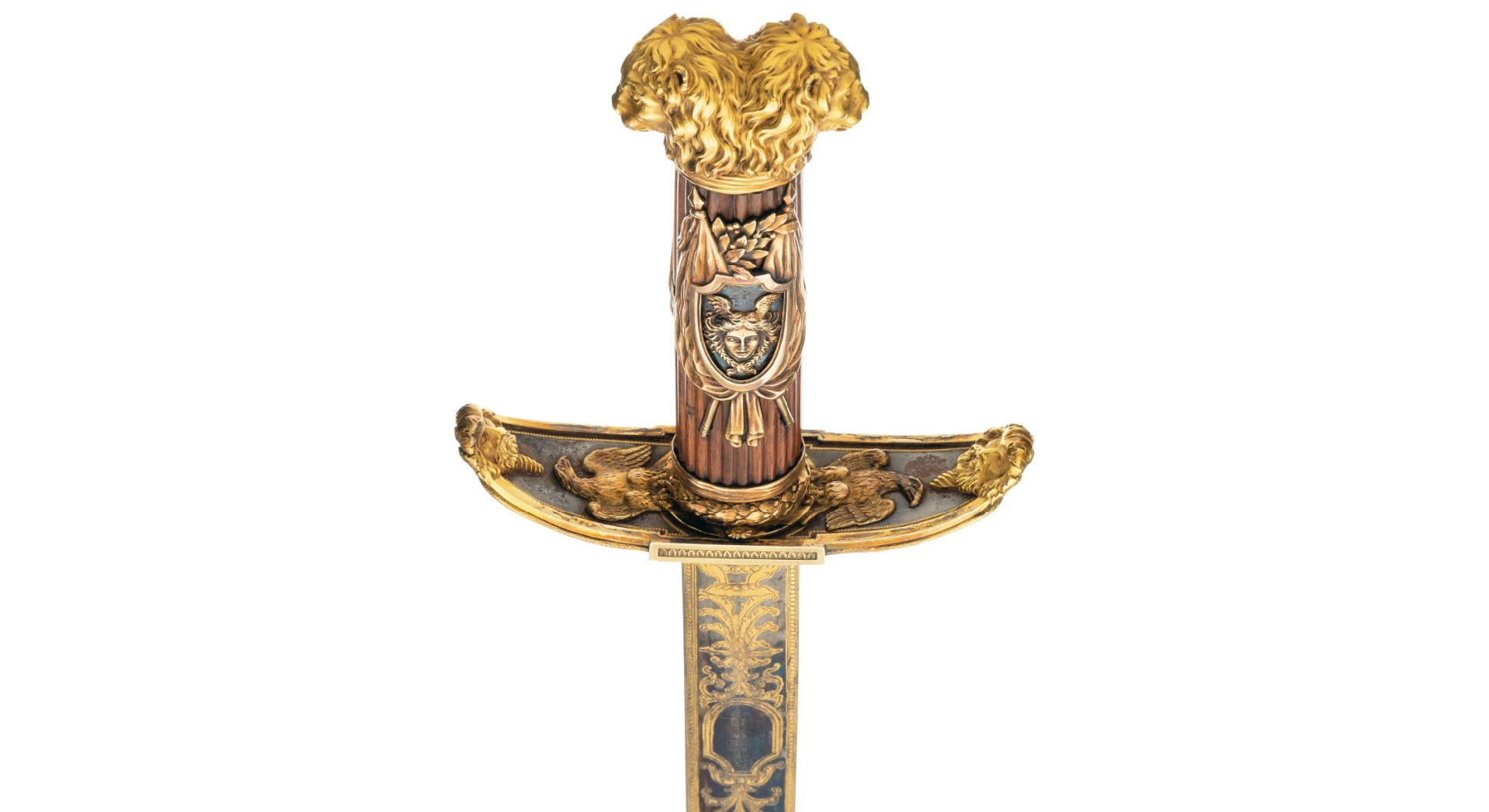 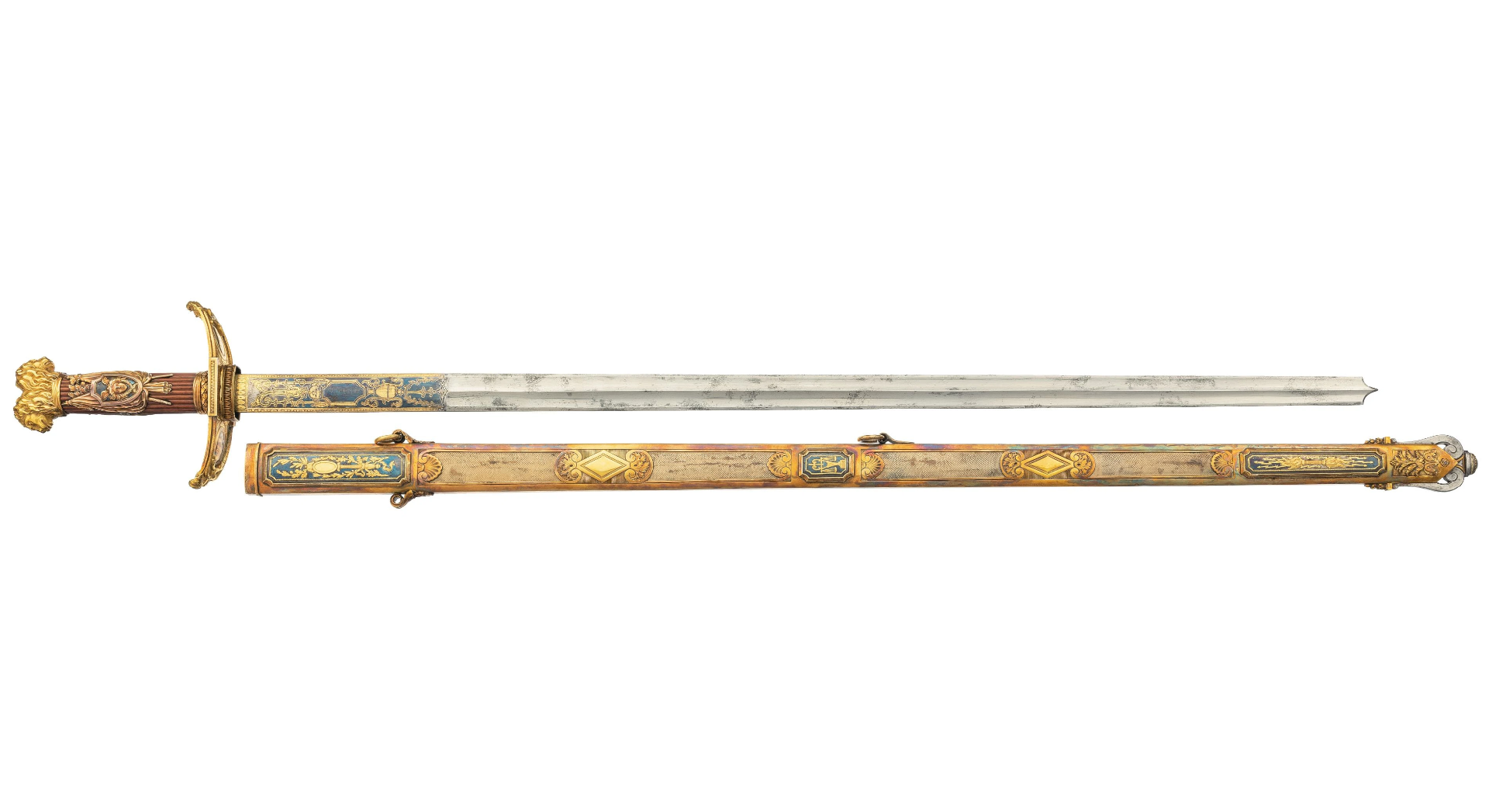