This wonderful royal hunting dagger came up for auction at Hermann Historica in Münich, in March this year. It was a gift from empress Auguste Viktoria, the wife of German Emperor Wilhelm II, to her son Aldalbert, Prince of Prussia, around 1905/10. 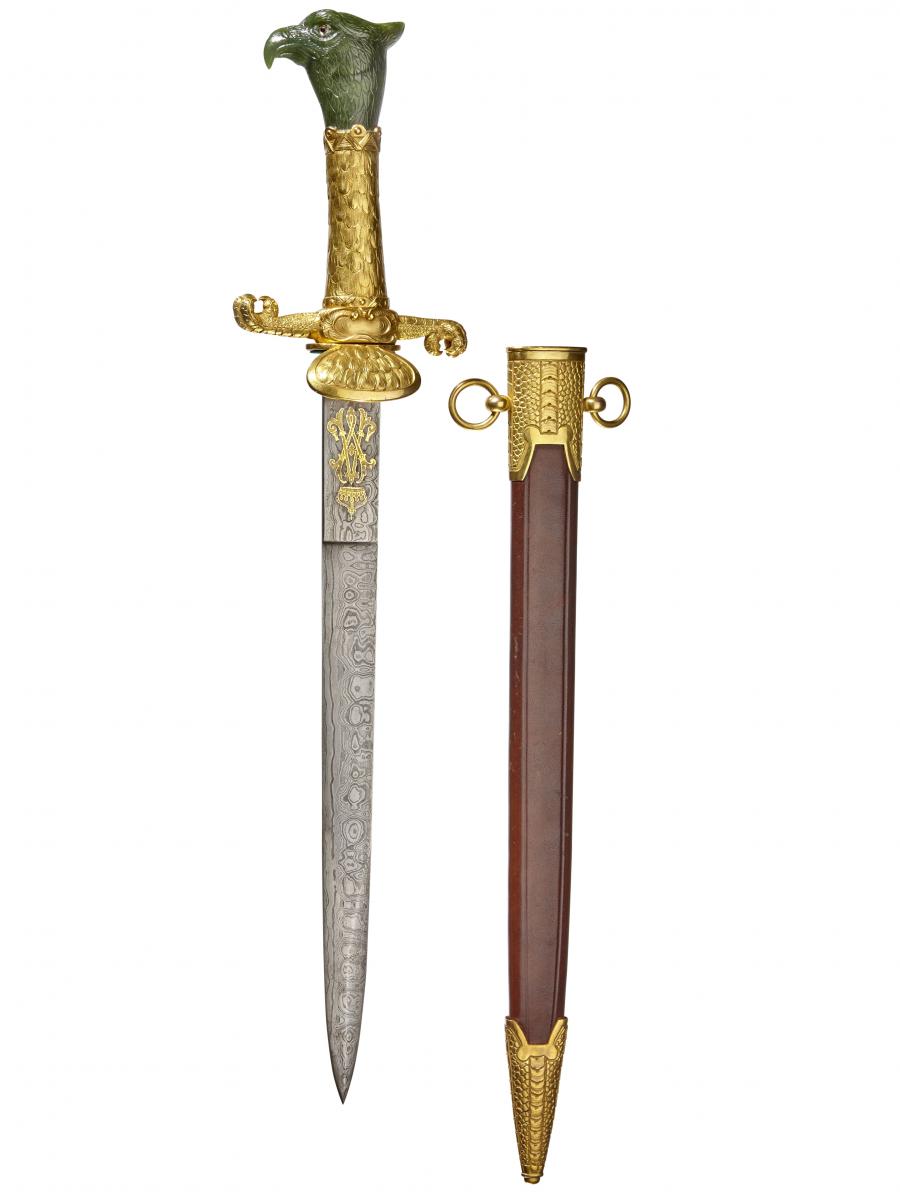 When the royals commission an edged weapon, it usually is something special. This decorated hunting dagger is no exception. It was made by M. Neumann in Berlin, official supplier to the Prussian court, and presented around 1905/10 by empress Auguste Viktoria, the wife of German Emperor Wilhelm II, to her third son, Aldalbert Ferdinand Berengar Victor, Prince of Prussia. The dagger carries the imperial monogram with the gilded initials "AV" (Auguste Viktoria) below a crown on one side of the ricasso. The opposite side has the gilded letter "A" (Adalbert) under the prince's crown.
The dagger has a blade made from hand-forged Damascus steel, marked on the spine with the maker’s name, ”M. Neumann Hoflieferant Berlin". The gilded cross guard has two arms, each ending in a clutched claw. The clam-shell shaped chappe and the gilded hilt, made of brass, are decorated with a feather design. The pommel of elaborately carved dark-green jade has the shape of a falcon's head, the eyes made of striped agate. The brown leather scabbard has gilded mounts, the locket with two lateral suspension rings. The dagger measures 52 cm. 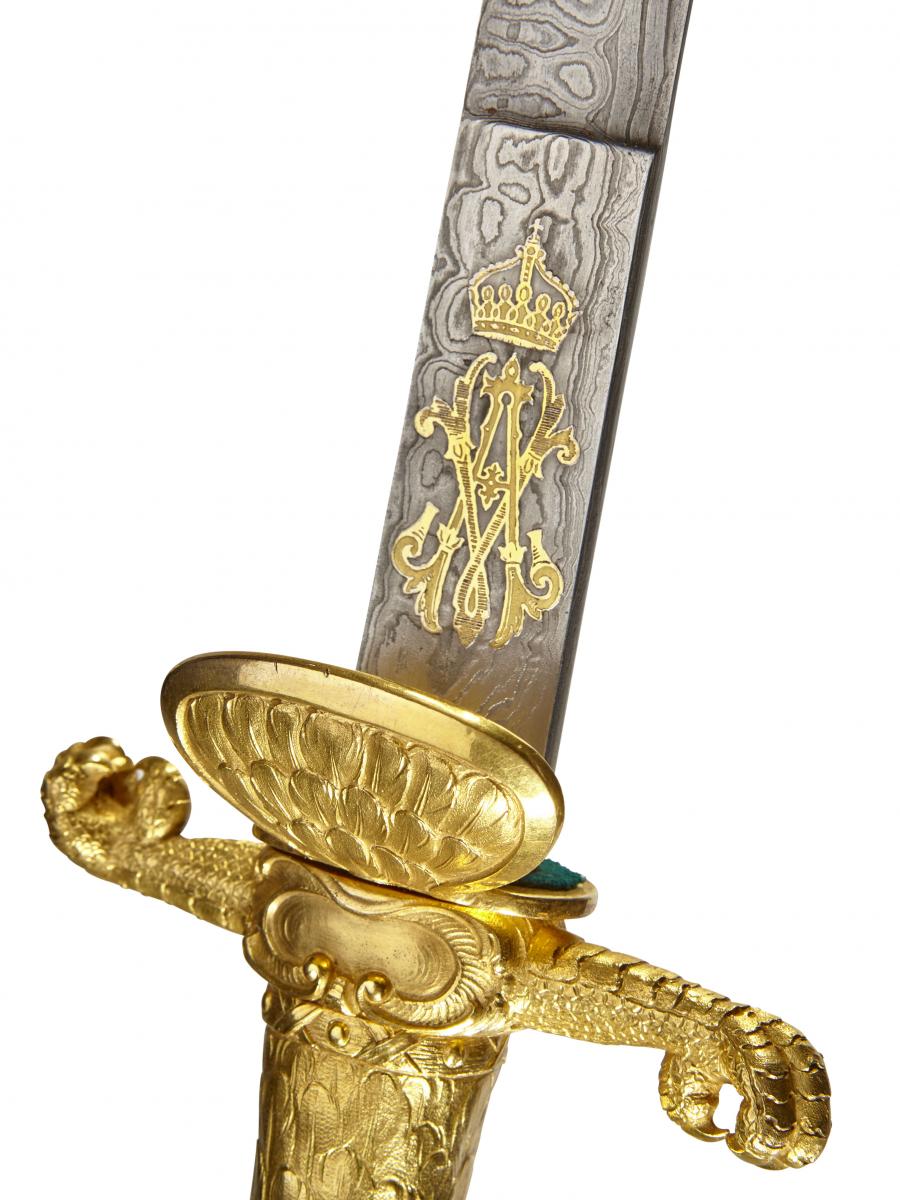 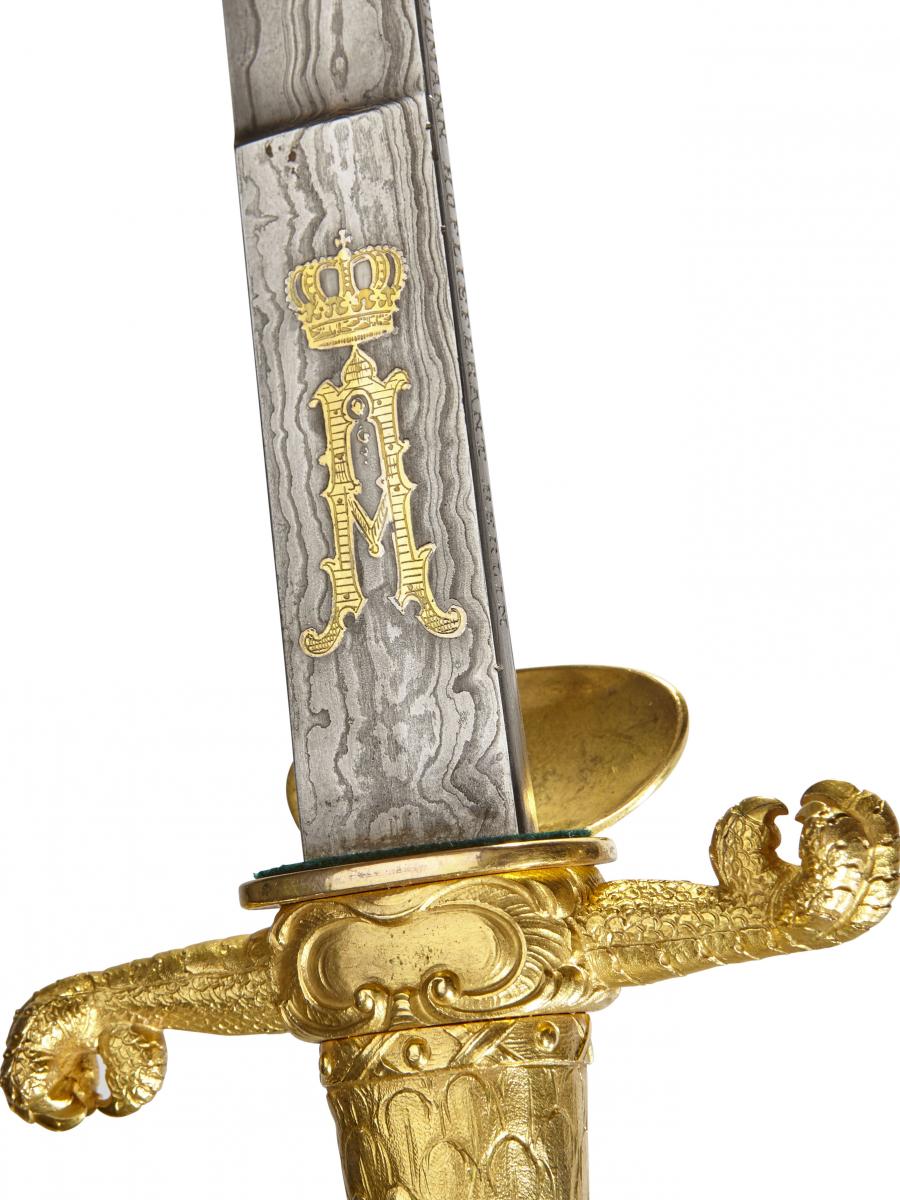