For almost thirty years, the French company of Mercorne has been a supplier of materials for knife makers. In the meantime, Mercorne is expanding in other directions, but it will remain present at the majority of the European knife shows. European Blades Mag. takes a look behind the screens.

Text: Bas Martens. Pictures: Félix de Malleray
If you have visited one of the European knife shows in the past years, odds are that you have run into the booth of the French company Mercorne, either staffed by CEO Pome Castanier, her partner Benoît Canonge, or both.

CEO Pome Castanier (right) and her partner Benoît Canonge
Since 1992, Mercorne has been a supplier of materials, mostly to knife makers. The company was established by two brothers, Charles and Pierre Castanier, who had talked to a knife maker about the difficulty of purchasing animal horn. The brothers started importing Zebu horn from Africa. Hence the name of the company: a combination of Mer (sea) and Corne (horn), but also a reference to Saint Flour de Mercoire in the Lozère department, the cradle of the Castanier family and very close to the present location of Mercorne.
The product range quickly expanded from Zebu horn to a wide range of natural materials, from exotic woods to bone, antlers and mammoth ivory. Mercorne also started selling composite materials, but as supplies often were unreliable the company began production of its own, combining natural products with resins for a range of unique products.
The present owner, Pome Castanier, joined the company in 1994, so she has been there almost from the beginning. “We were pioneers in Europe”, she says. “At the first knife shows we were the only suppliers of knife making materials. Sometimes we were even refused, because we were not knife makers.” 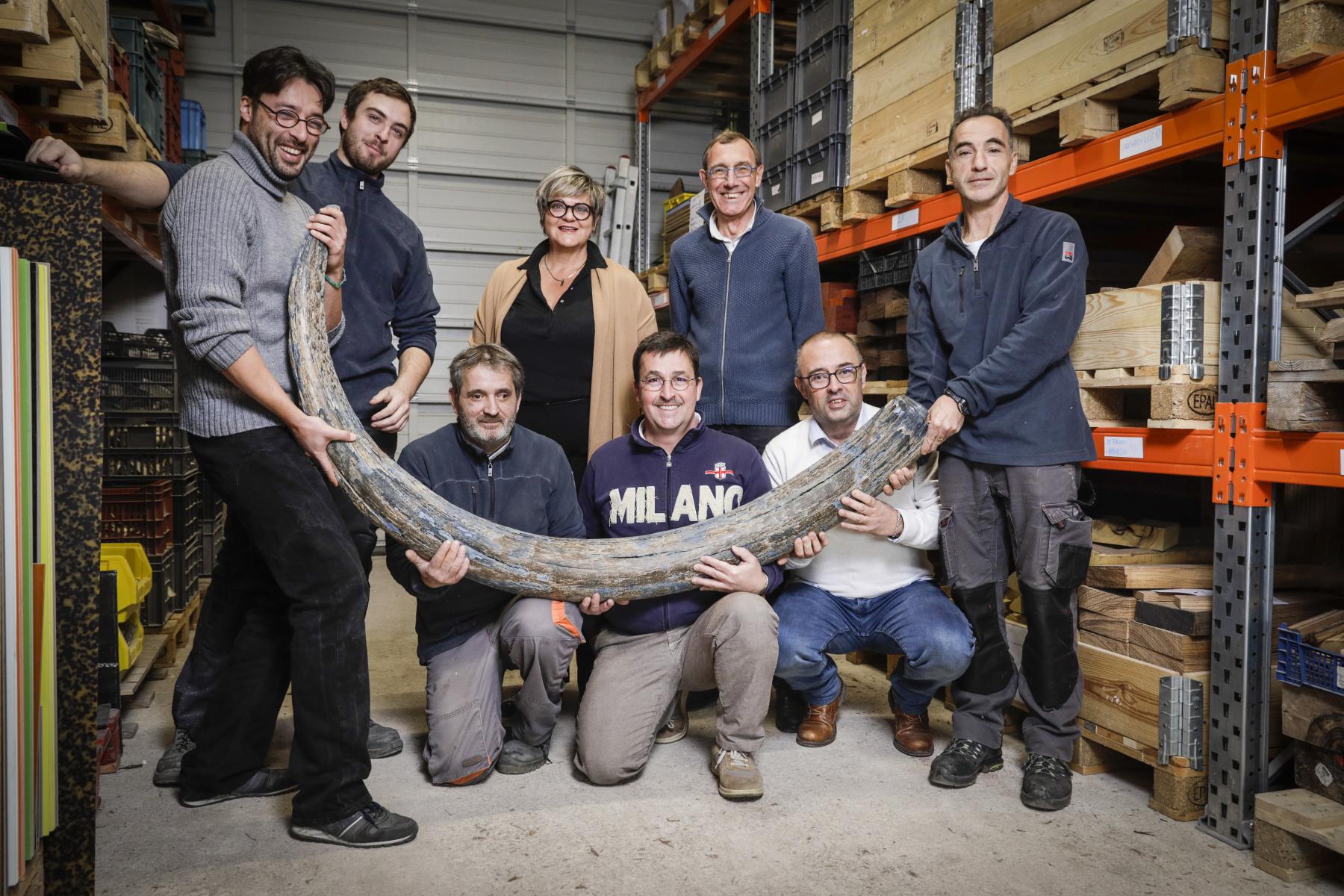 At present, Mercorne employs nine people, Pome included. She describes herself as the captain of the ship. Her partner Benoît is responsible for client relations. The company has its own Research and Development department, with an engineer, François, for the development of new materials. Three people (Laurent, Yves and Alexy) work in production, meaning they cut different material to size, stabilize or do laboratory work. Oliver is the company photographer and the other Oliver is responsible for internet sales. And of course there is an accountant, Gontran. The companies retains a very strong presence in the knife-making world, but has expended into other branches as well. The development work of their engineer has opened new territories, such as fashion. Mercorne also provided stabilised wood to build clarinets, an experiment which Pome really likes.
Mercorne was one of the first companies which started Internet sales. The company has recently dramatically modernised the website, but it will remain to have a strong presence at knife shows. One reason is because that is how the company got started. Pome Castanier: “We were the first in Milan; now we have exclusivity there. And we have always supported new shows. When René Bol [one of the founders of the Belgian Knife Society, ed.] organised his first show, we participated. And we support all initiatives that promote knife making.”
Another reason is that knife shows are a great way to scan the market. Pome Castanier: “At knife shows we can meet the customers of our customers. We can see what their preferences are. I love to stand behind the table and just watch people go through all our materials, and see what colours or substances they like.” 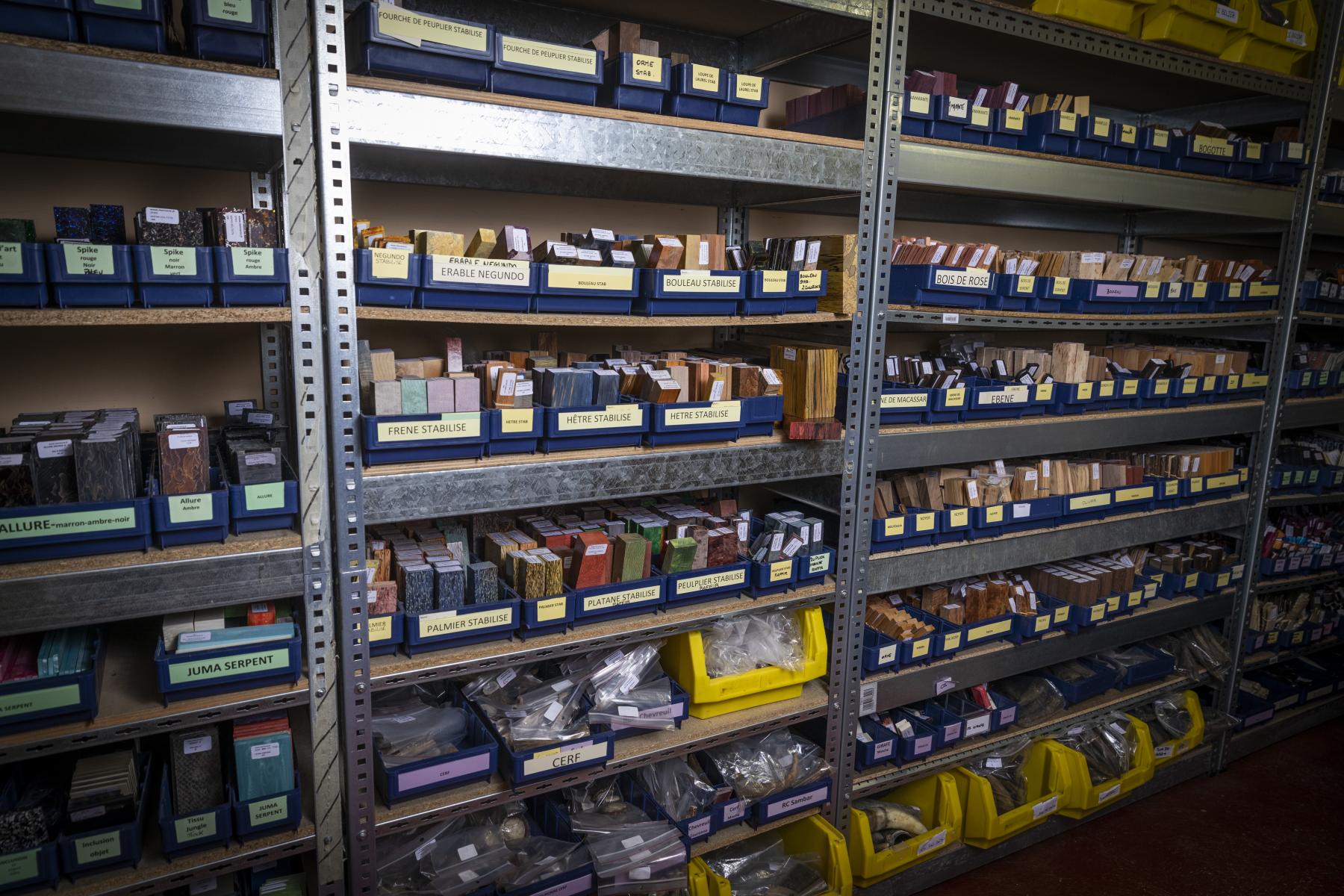 Rules and regulations
In the Mercorne business, there are two main lines: all things artificial and all things natural. Both have their own rules and regulations, of which Pome Castanier is much in favour. “I like the ethics of protecting nature and animals. That is important. Everything we have is registered and labelled. We work together with customs. The small quantities used by knife makers may not effect nature, but I feel we have an educational task.”
One of the results of this attitude is, for instance, that all natural products on the Mercorne website have the Latin name of the species, so they are easy to check with the Convention of Washington listings. But even with non-protected materials Pome sees advantages of at least some regulations. Take, for instance, mammoth ivory. “If I want to buy mammoth ivory I need to go past five experts who tell me what I can and what I cannot do. The Chinese cross the Siberian border with a handful of dollars and take what they want”. 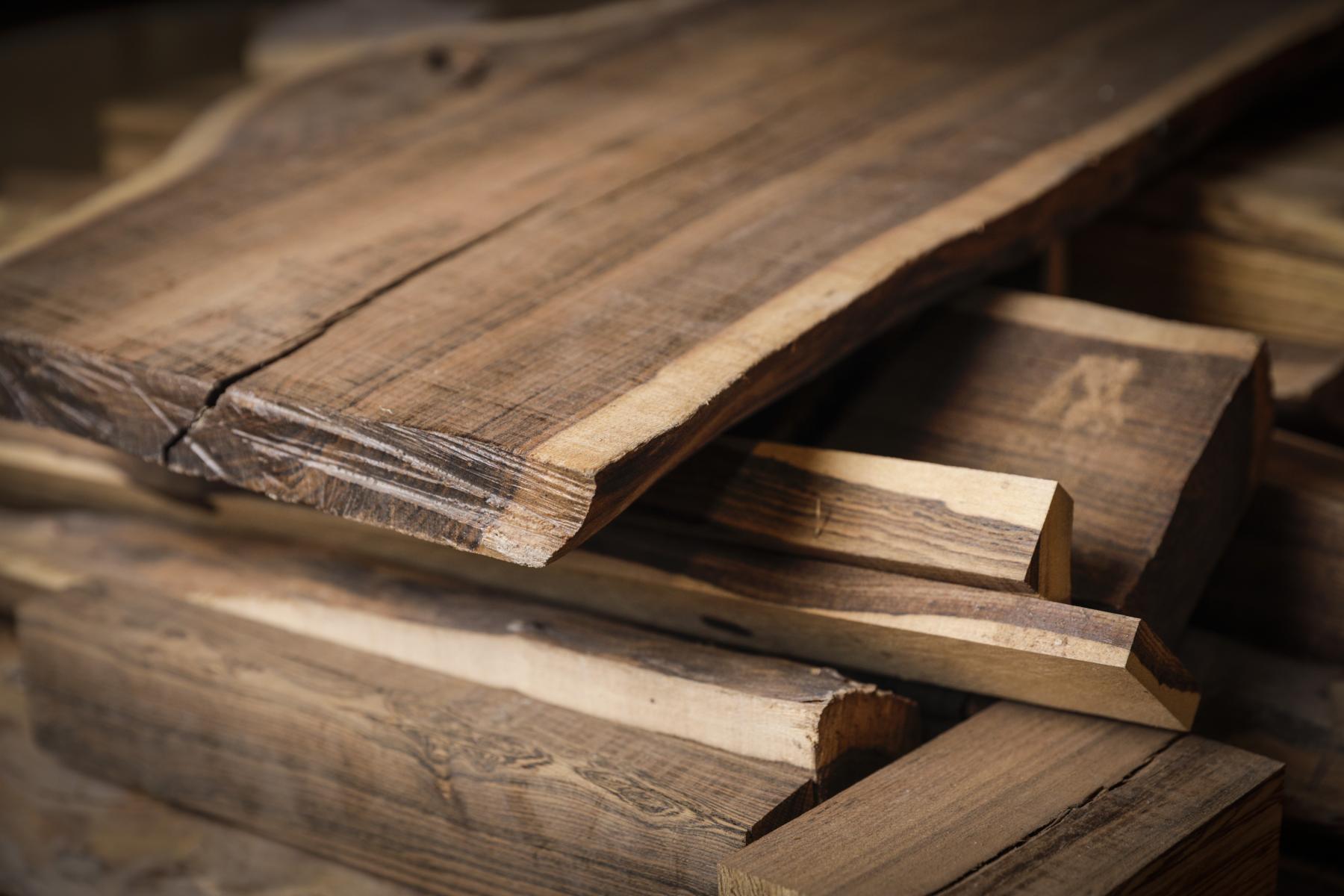 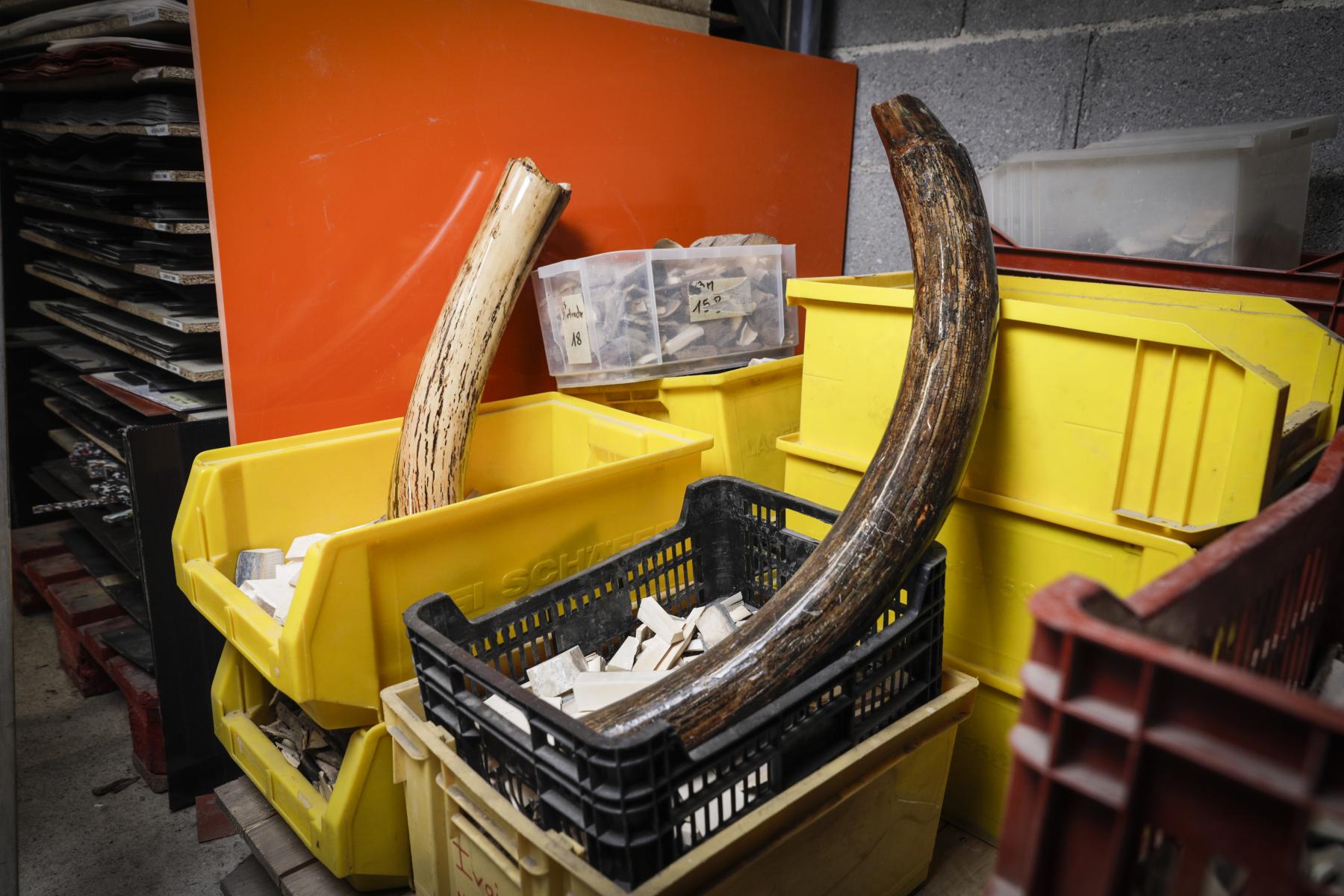 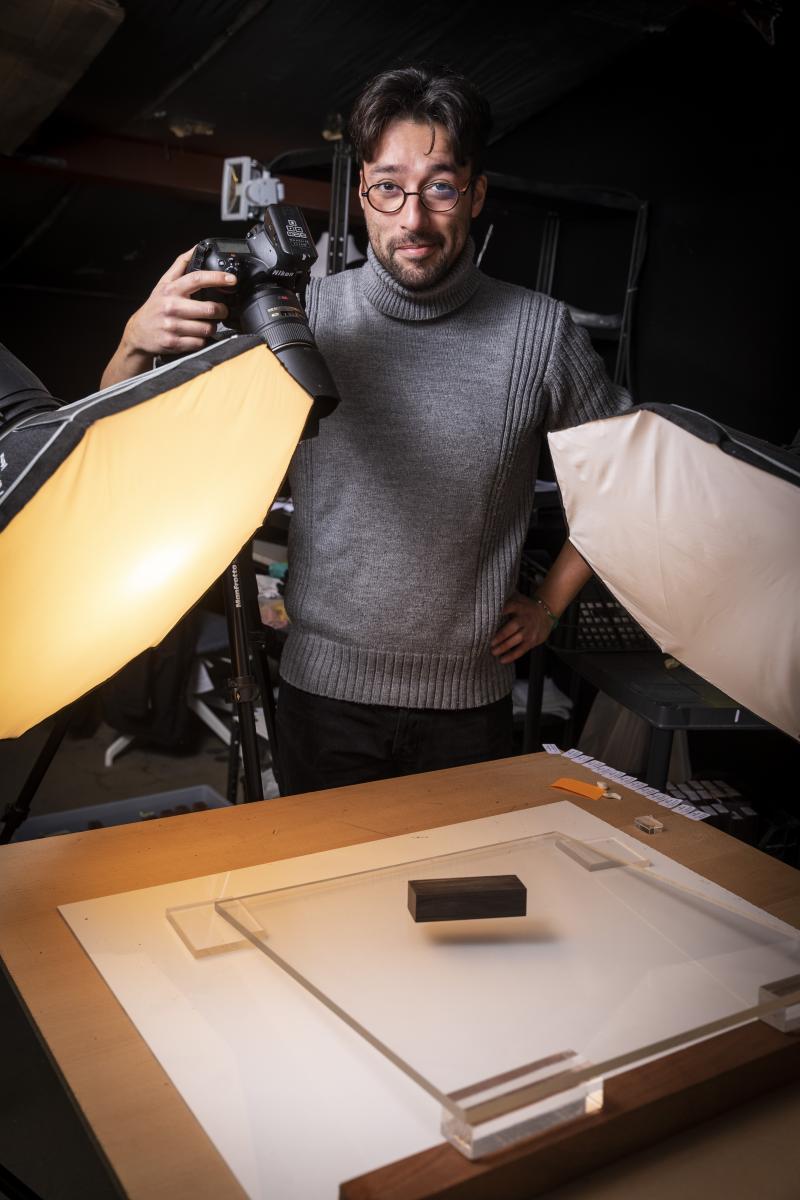 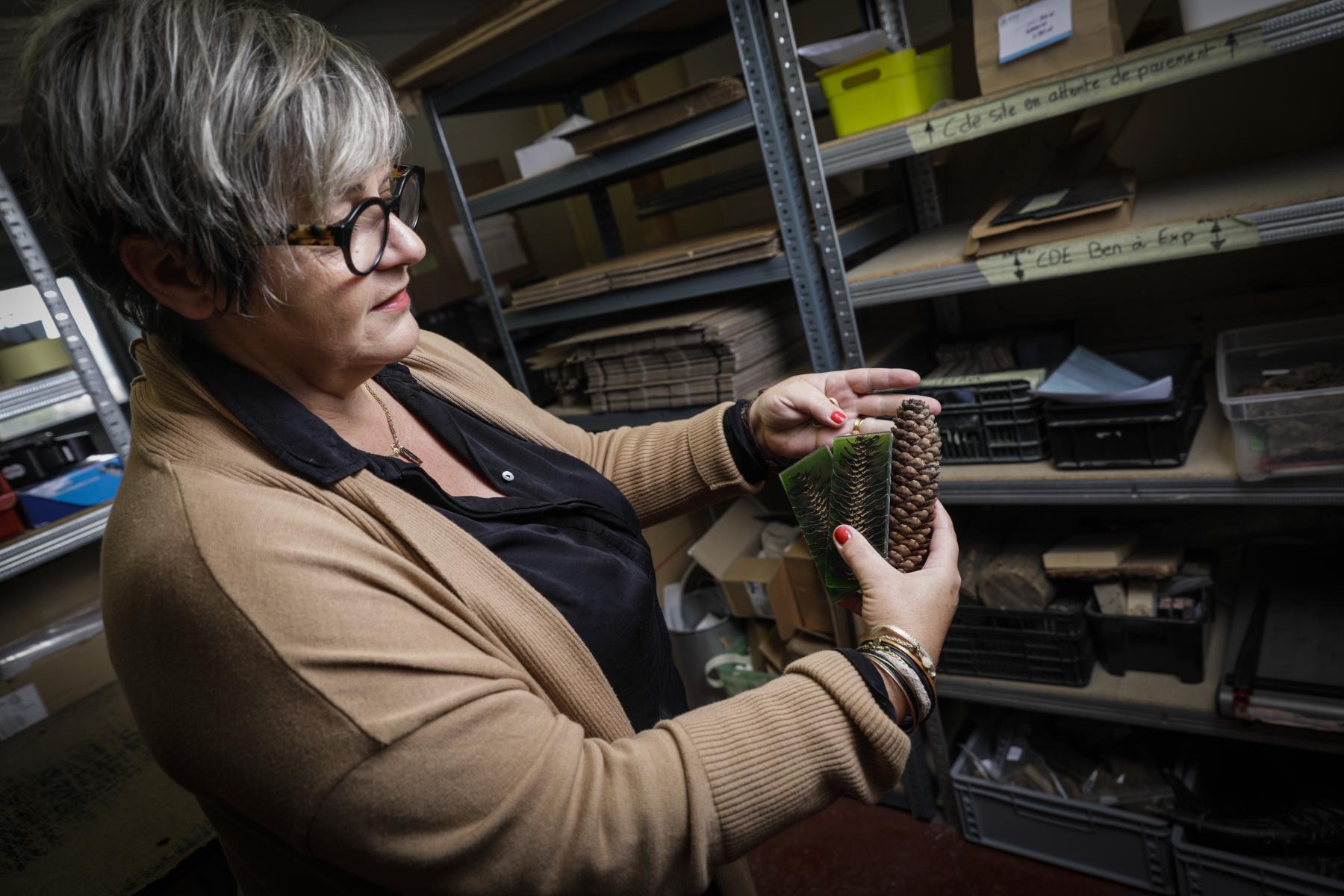 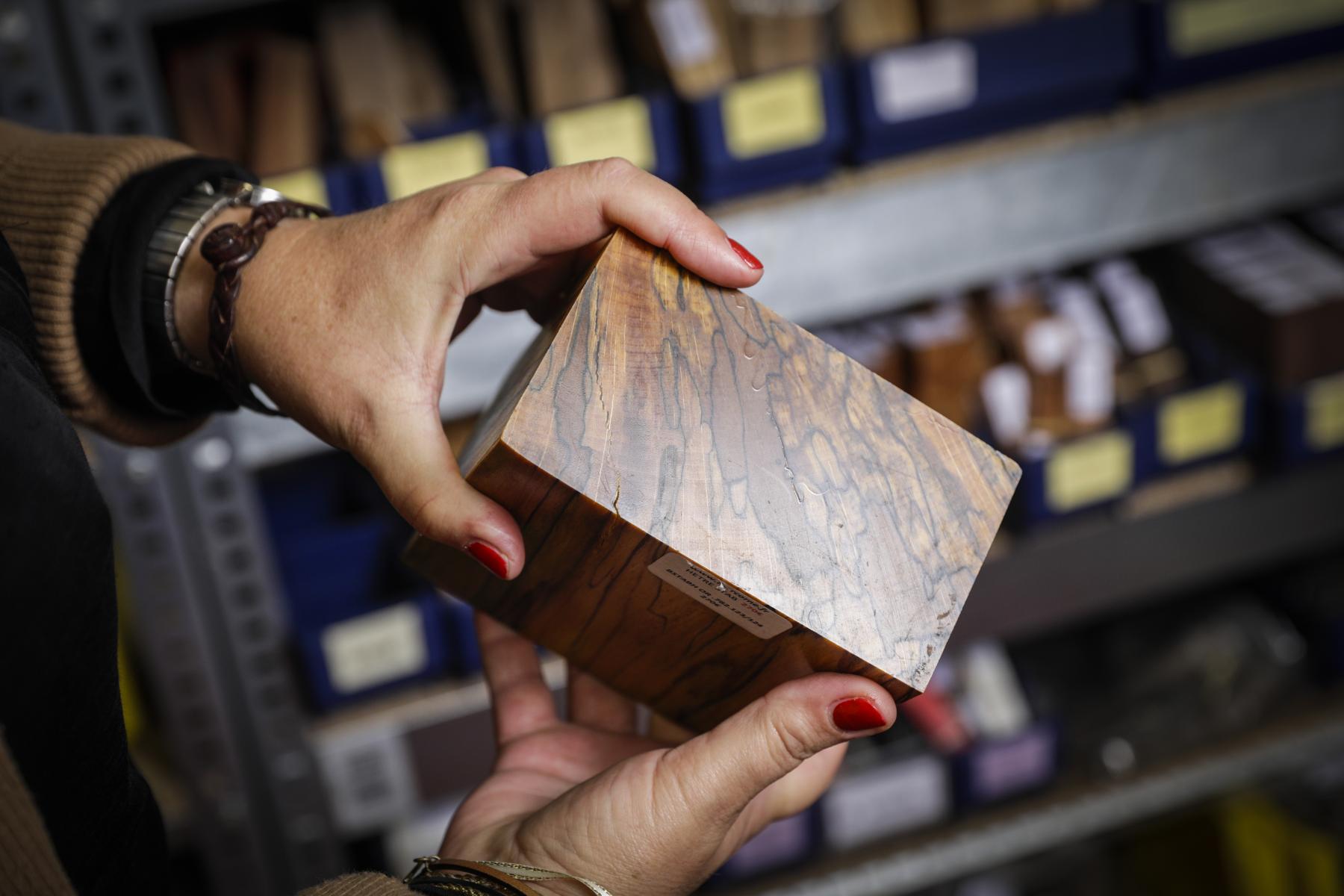 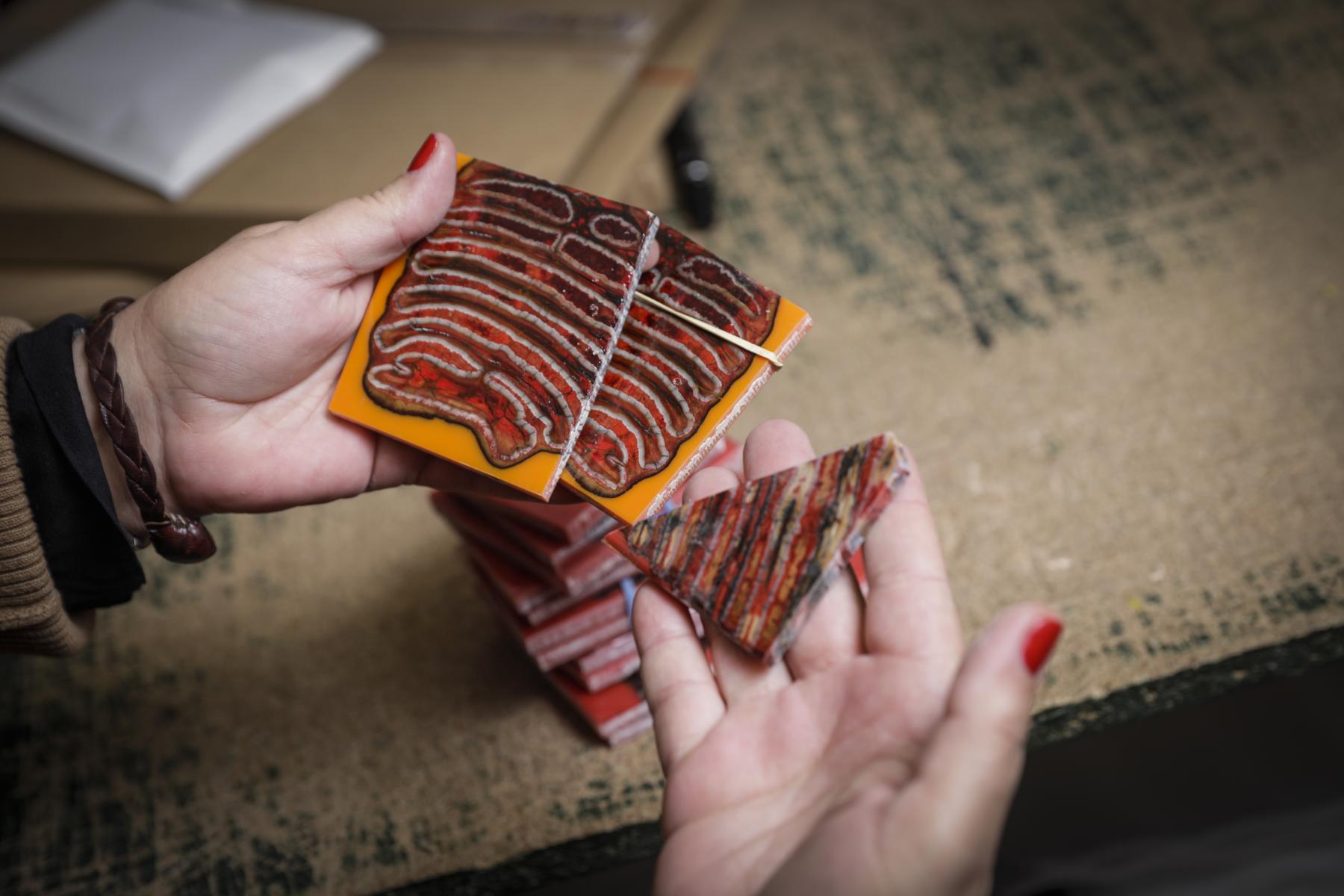