A new use for the scalpel

A new use for the scalpel

We all know the tool of choice of a surgeon is the scalpel, if only due to the many television series taking place in hospitals. British custom knife maker Stuart Mitchel wanted to give this surgical instrument a twist. His Skalpel is made to be a steak knife.

The idea may seem absurd, a little morbid even, but when you sit down to think about it, it does make sense. British knife maker Stuart Mitchell, who works in Sheffield, has come up with the Skalpel, a blade that turns the classic surgeon’s scalpel into a stylish steak knife. The knife is made from a solid section of high carbon SF100 steel, 8mm thick, which was specially commissioned for this project. 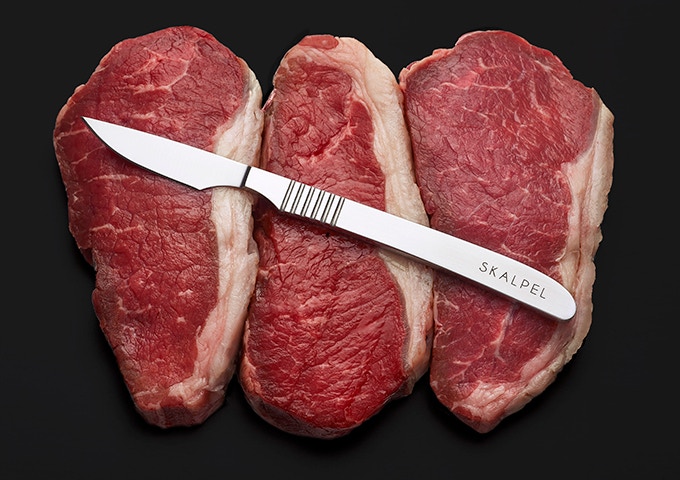 The Skalpel is a steak knife, invented by British custom knife maker Stuart Mitchell.
The Skalpel project started as a fundraiser at Kickstarter on February 19, this year, and was fully funded in three days. Mitchell and Skalpel co-founder Joe Fitzgerald, discovered in their product-testing phase that the knife has a strong appeal to doctors. “We’ve had lots of emails from surgeons telling us they love the idea and can’t wait to bring them out at their next dinner party.”
The Skalpel has a 56 mm blade, which seems small, but it does away with the unnecessary part of the knife. Mitchel notes that on conventional steak knives, the rear portion of the blade is never used, so he simply discarded it.
Each Skalpel knife is cut from a block of SF100 steel, produced by the Finnish company: Outokompu, at their Sheffield facility. According to Mitchel, SF100 performs similarly to AEB-L or RWL34, but is easier to sharpen. And for those worrying about the lack of serrations, Skalpel has a simple advice: “If you need serrations to cut your meat, you either need a new knife or a new butcher”. For more information visit: www.theskalpel.com or www.stuartmitchellknives.com. 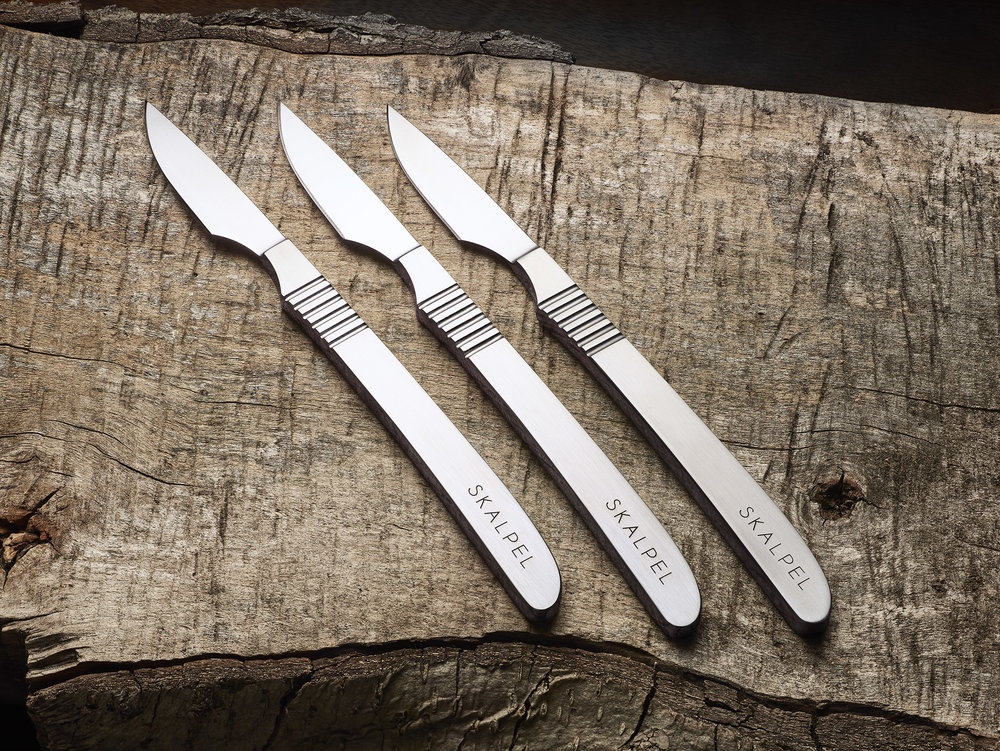