A promotional knife found at a flea market posed some questions.

A gentleman’s knife with two blades, used as a promotional knife by Café Rex in Luzern.

After a 40 years absence from Luzern and its region, I returned there last fall for a weekend with my wife, on the occasion of her birthday. The mountains and the lake had not changed much, but all the rest had. Nevertheless, we were there to enjoy our weekend, and so we did.
We had read that every Saturday between May and October, there is a flea market with antiques in the old part of Luzern, between the two famous wooden bridges. I like to visit flea markets, and I always look for tables with display cabinets, because they often have  small treasures for collectors. Indeed, I found a small gentleman’s knife with two blades, a promotional knife from the 20th Century with the name of a bar (Café REX) in Luzern printed on the handle scales.

My first step was to see if that bar still existed, but I was too late. According to an article on the Internet, Café Rex closed in March, 2017, after 65 years with the same owner. No replacement was found.
The second question was for the whale mark on the blade. Apparently a German company, as the word GERMANY implied, but which one? After some research I found that the mark is from the Richartz family in Solingen. The company still exists and is described on their website as follows:
“In the tradition of Solingen, the “City of Blades”, the RICHARTZ family has been developing and producing products worldwide made for modern life for more than 110 years now. Awarded design, well thought-out functions and the attention to each detail fascinate. With a long tradition, experience and innovative ideas, RICHARTZ has become a strong brand, which received important national and international awards and design prizes.”
That solved most of the puzzle, so now I can share this information with other knife collectors and knife nuts like myself. It is always a pleasure to find a small piece of happiness. But the search goes on. Each time as I visit a flea market or on a city trip I take a moment to look for a knife. 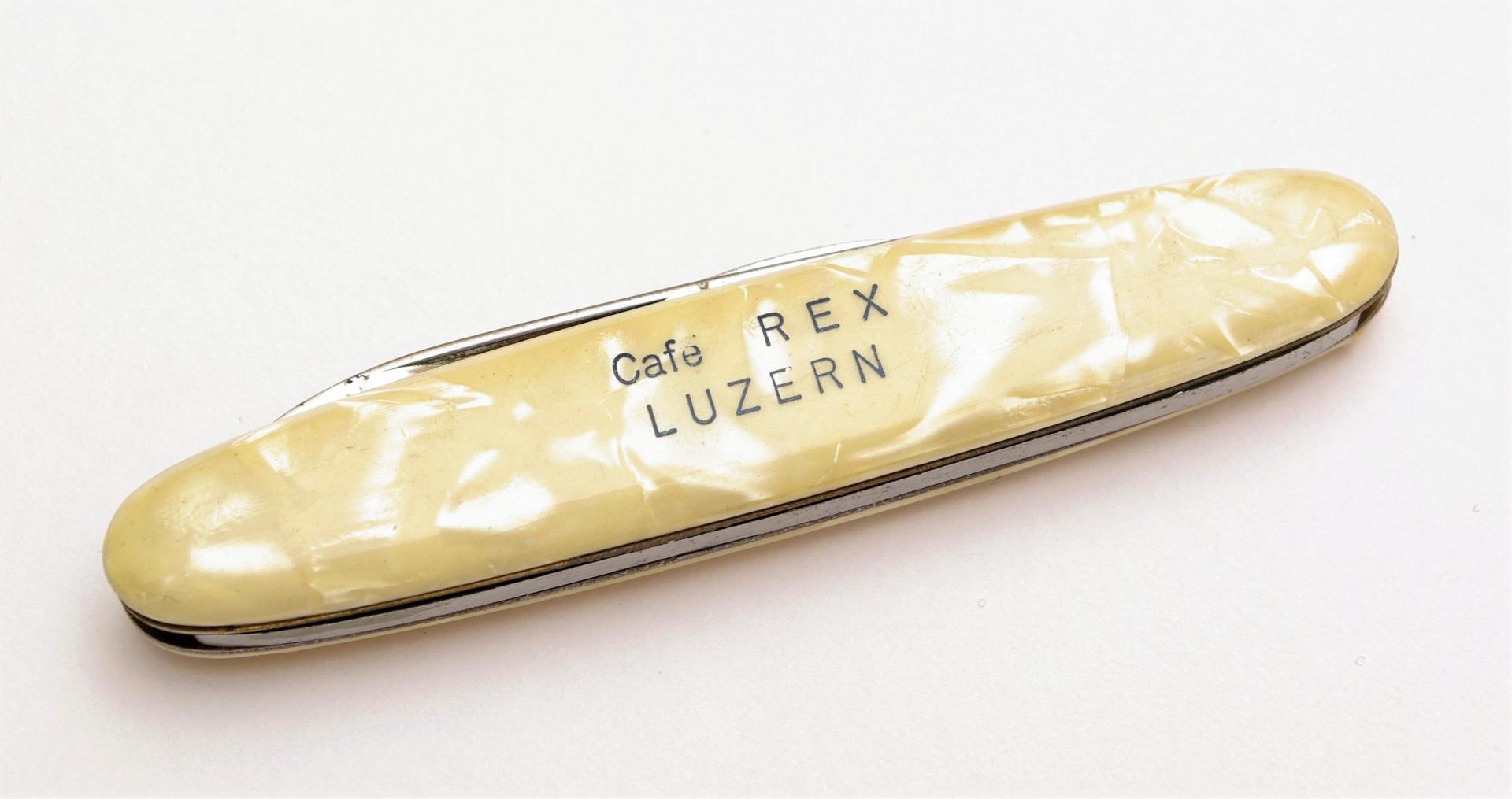 Although the knife itself is of a decent quality, the name of Café Rex, Luzern was stamped rather crude on the imitation ivory handle scales.
Our sponsors
Advertisements
Dit is een geprinte versie van de publicatie op