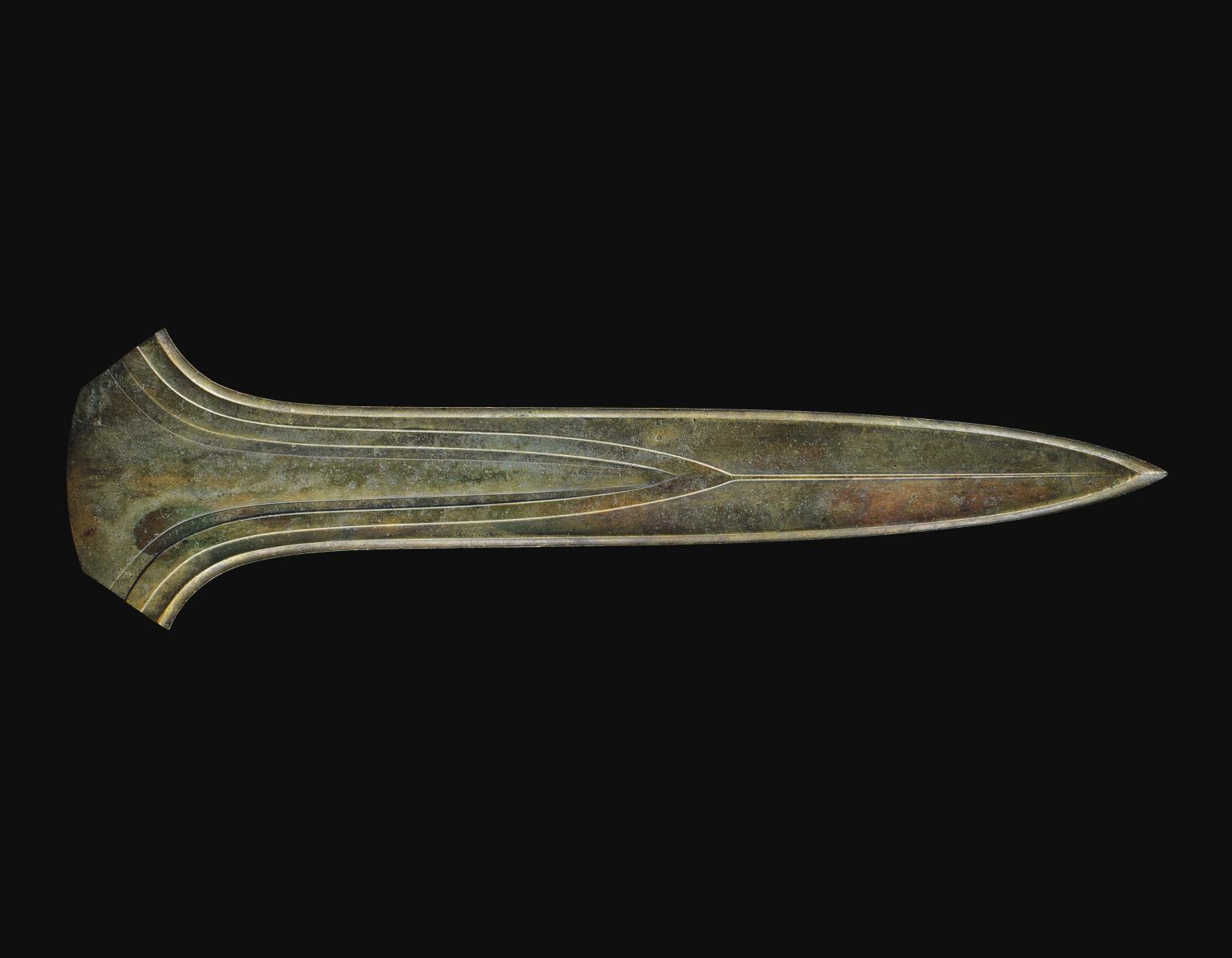 The ‘Sword of Ommerschans’ named after the place it was found in the Eastern part of the Netherlands, dates back to around 1500-1350 BCE. Measuring at 69 cm, it is one of only six known ‘giant swords’ that are believed to have been made by the same caster.
The six swords are almost identical, they have a great aesthetic beauty and are masterpieces of bronze casting. They were not made to fight (the Sword of Ommerschans does not even has a hilt). They have not been sharpened, and are quite heavy. They are thought to have been idolised, ceremonial weapons, supposed to impress through their beauty and size. All six ended as sacrifices in rivers, peat moors and marshes in England, France and the Netherlands.
The Sword of Ommerschans was discovered at the end of the Nineteenth Century on an estate in the eastern Dutch province of Overijssel. It is the only sword that was found together with a dozen smaller objects. It is also the best-preserved specimen. The National Museum of Antiquities has been trying to buy it since 1927, which was complicated by the fact that the sword moved to Germany with its owner, the German landowner Eduard Lüps. But this time the museum succeeded, albeit at a price: 550,000 Euros, was three times the estimate at Christie’s. The Dutch National Museum of Antiquities already owns a smaller specimen from the group of six, the ‘Sword of Jutphaas’.
The Sword of Ommerschans will be one of the highlights next year, when the museum celebrates its 200 years anniversary.